The Logitech G433 is a wired gaming headset offering virtual 7.1 surround sound, two detachable microphones and a unique fabric covering. Regardless of whether you’re a PC or console gamer, the headset has been designed to work without fuss, with easy setup and plenty of connectivity options.

The G433 is a decent all-rounder, with a smooth sound signature and comfortable design. It’s a shame then that the headset feels a little flimsy, and that the audio quality can become a tad muffled at times – but this is otherwise a solid choice for the do-it-all gaming headset. 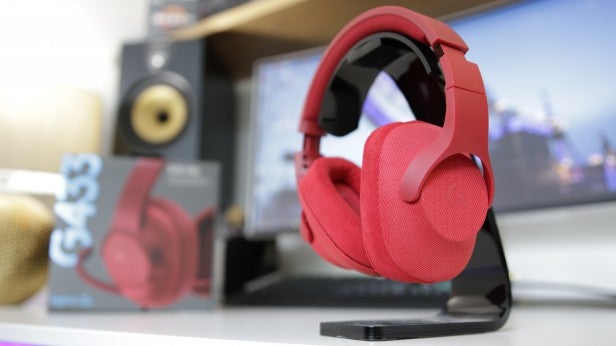 The first thing you’ll notice about the G433 is the brightly coloured fabric covering each ear cup; it’s a rather unique appearance that sets this headset apart from the crowd. Those averse to bright colours will be pleased to discover that it’s available in black and blue as well.

The top of the headset is made from a scratchy plastic material, with the underside of the headband layered in a generous helping of cloth-covered foam. The entire top section can be extended to fit any size of head, and the ear cups rotate through 90 degrees for added flexibility. 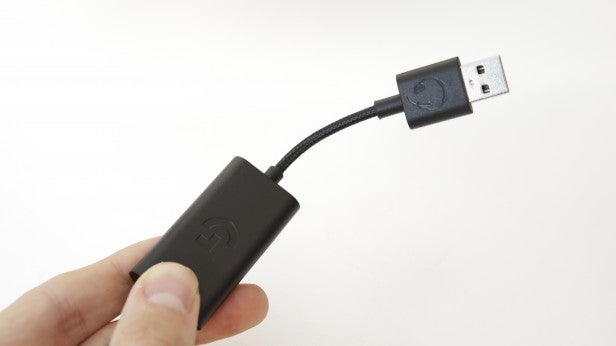 Each side of the headset sports a thin layer of colour-matched cloth, with the Logitech logo neatly etched into each side. It’s here that you’ll notice the slightly cheap-feeling nature of the G433; it simply doesn’t feel all that great in the hand. The ear cups themselves are replaceable, with both cloth and microfiber pads provided in the box. While neither screams luxury, both are conformable to wear for long periods of time without excessive build-up of heat.

The versatility of the G433 can be seen in the form of the detachable microphones and cables that come bundled with the headset. The optimal configuration for console gamers will be to use the boom microphone and 4-pole 3.5mm cable, while PC gamers can utilise the included USB DAC for 7.1 virtual surround sound. An additional cable includes an in-line microphone – useful for portable gaming on the daily commute.

The Logitech Gaming Software is available as a free download, and can be used to adjust the EQ settings and enable the DTS virtual surround sound. You can also create user profiles, including game-specific settings, which will apply only in certain titles. 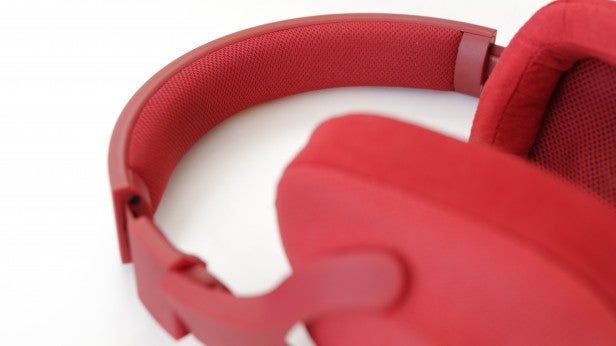 Playing games and listening to music with the G433 left me suitably impressed for a headset in this price range. There’s tight competition from the HyperX Cloud II and Corsair Void, but I’m happy to report that the Logitech holds its own. It’s the most versatile of the three, and its sound quality is similar to the Void, but a little less detailed than the Cloud II. Both of those headsets are much cheaper, however, and the G433 doesn’t sound significantly better.

The headset is well balanced for those who want to listen to music, with a tonal range that doesn’t sound too bassy, but doesn’t break up with the higher notes. Sticking on a Coldplay album allowed me to enjoy the music, although sound is far from detailed, with it often becoming a touch muddy. Having said that, I wouldn’t have any qualms about using the G433 for the occasional music session. 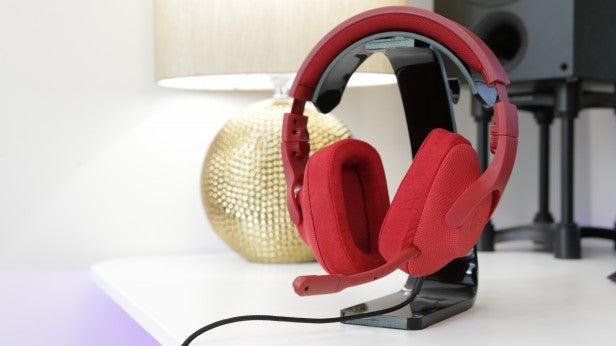 Gaming, on the other hand, is where the G433 excelled. My testing took place over several hours with Prey  and Gears Of War 4 – and I was impressed.

Logitech has nailed the bass level here, with plenty of thud behind the action, but not in a manner that crushes everything else. The slight muddiness was significantly less noticeable in games, with the subtle soundtrack in Prey managing to resonate perfectly while navigating the derelict spaceship of Talos 1.

The headset also offers virtual surround sound when using the USB DAC, which can be used to enhance the soundstage in games. It will never be able to match the likes of a dedicated home theatre, but it’s certainly worth experimenting with, since it can help games such as Mass Effect: Andromeda to ‘open up’.

The boom microphone on-board the headset is a resounding success, with one of the cleanest recordings from any gaming headset I’ve tested in recent memory. Using the USB DAC, the audio is clear – the noise-cancelling tech does a decent job of filtering out low levels of background noise. It isn’t perfect, though, since it still sounds a little nasally.

The added flexibility of the in-line microphone will also prove useful to anyone who travels regularly – but, of course, the sound quality won’t be up to the same standard. If you’re playing from home, though, this really is an excellent choice for in-game chat.

Should I buy the Logitech G433?

The Logitech G433 is a great new addition to the crowded headset marketplace. The fabric covering will be sure to appeal to many, and although the headset feels a little cheap, it’s light and airy in use. It also sounds fantastic in gaming scenarios, has a brilliant microphone, and does a decent job with music too – everything the Roccat Cross wanted to be.

I think the price is a little steep, however, as it’s not built to feel expensive, and the sound quality doesnt sound much better than cheaper competitors. But if you’re after something that’s highly flexible and is great for gaming, then the G433 is worthy of your cash. 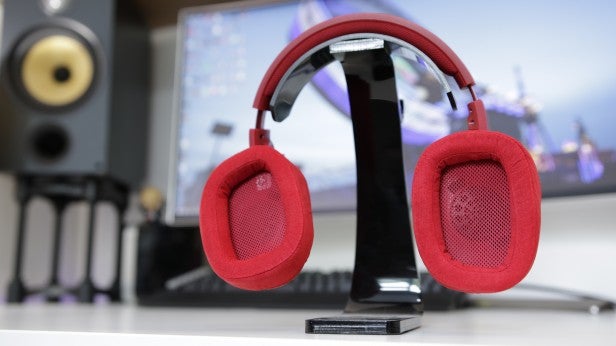 A highly versatile headset that does an excellent job in all scenarios.