At the heart of Control Ultimate Edition – Cloud Version is a great game; it should be enjoyed by fans of the action genre or, indeed, fans of Remedy Entertainment's previous titles. The problem is that by pivoting Control to the cloud gaming model, there are numerous issues to consider, including wait times, downgraded graphics and occasional audio-sync issues. If this is your only means of playing Control then there's a chance you could look past these problems and enjoy the core product, but I'd recommend the other versions of the game any day.

Remedy Entertainment’s latest smash hit has finally made its way to Nintendo Switch with Control Ultimate Edition – Cloud Version, but do the shortcomings surrounding cloud gaming outweigh the joy of playing one of 2019’s best titles? Let’s find out.

With the PS5 and Xbox Series X now here to stay, the Nintendo Switch finds itself in a bit of a no man’s land. The system has enjoyed a healthy dose of ports from third-party developers, with some that work surprisingly well (see The Witcher 3), and some not so well (see The Outer Worlds). However, with hardware racing ahead, it’s becoming increasingly difficult to optimise these demanding games for the Switch’s specs.

To remedy this, you’ll notice that cloud gaming has been creeping into the Nintendo eShop. Starting with the Japan-exclusive Resident Evil 7: Cloud Edition in 2018, the title has inspired two other big games to follow suit: Hitman 3 and today’s focus, Control.

I’ll happily admit that my opinion on cloud gaming has changed a great deal following the release of Cyberpunk 2077 on Google Stadia. Sure, the game itself has plenty of problems that need to be ironed out, but the benefit of bypassing downloads and updates, all while diving into a game the moment it’s released, has left a positive impact. 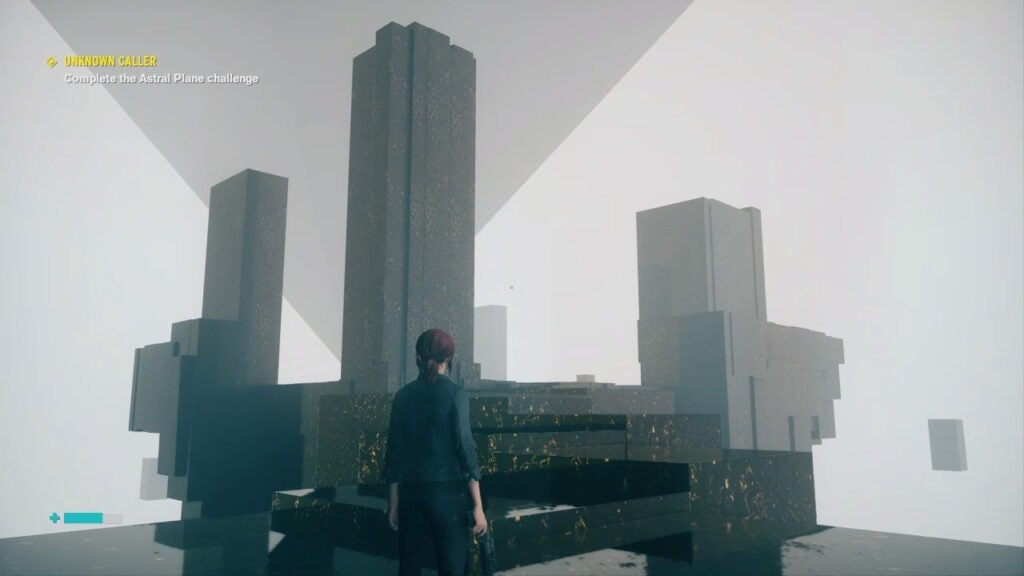 I still enjoy the flexibility Stadia offers in letting you start a session in one room and move it to another with minimal fuss, but the cloud system just flies in the face of the aspect that has made the Switch such a unique console: portability.

Normally a Switch title would traditionally let you continue the fun without leaving the house, Control Cloud Version’s reliance on a constant internet connection means that the notion of playing the game on public transport or anywhere other than your home is out of the question.

Those who are happy to deal with these issues will then have to ensure that their internet provider is up to the task. For cloud gaming, the recommendation is for a stable connection of at least 15Mbps for content to be playable.

However, in order to make things easier, Control on Switch has two separate streaming options to cater to your internet connection: Enhanced Performance (running at 60fps) and Enhanced Graphics (running at 30fps). For reference, I have a download speed that usually stays within the range of 30-50Mbps, which ensures a largely smooth session with the performance-based option, and a good, if slightly slower, connection with the more graphically intense option. 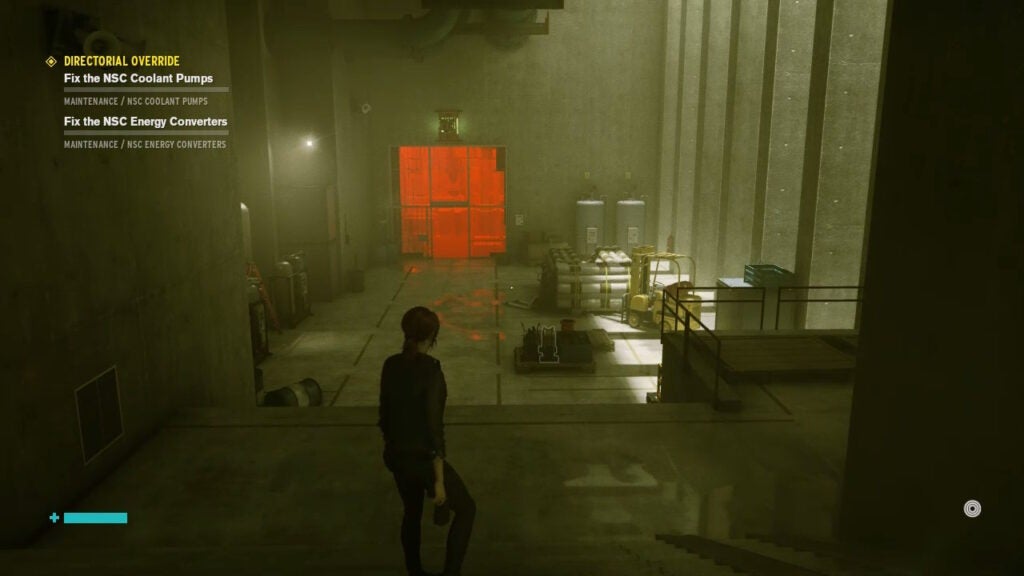 It’s subtle, but ray-tracing can be found if you take the time to look for it

One of the talking points during Cloud Version’s launch was that the Enhanced Graphics option would boast ray-tracing – a feature that’s deemed cutting-edge on the PS5 and Xbox Series X but completely unheard of for the Nintendo Switch. While I can confirm the appearance of ray-tracing during gameplay, I must say that I’m disappointed with it being the only notable difference between the two streaming options, aside from the changes in frame rate.

No matter where I looked within the game, it was genuinely difficult to find any moments of considerable uptick where graphics are concerned. For that reason, I recommend sticking with the performance option. Even then, I found playing in handheld mode to be a more coherent experience than via the docking station, particularly as audio-sync issues tended to be more prevalent with the unit docked.

Despite all of these caveats, once I got into the game it was easy enough to get lost in the palpable atmosphere of uncertainty and the unyielding power of the supernatural that Control so brilliantly achieves. Only one issue genuinely stood in my way of enjoying the game on Switch, however: the queues.

Yes, you read that right. Much like any server, those hosting Control Cloud Version have a maximum capacity, and so if there are just too many players clogging up the system then you’ll have to sit and wait for your turn to play. I’ve been forced to sit in one of these queues three times thus far – and nothing dampens your enthusiasm for playing a game quite like staring at a screen, waiting to be the next person up. 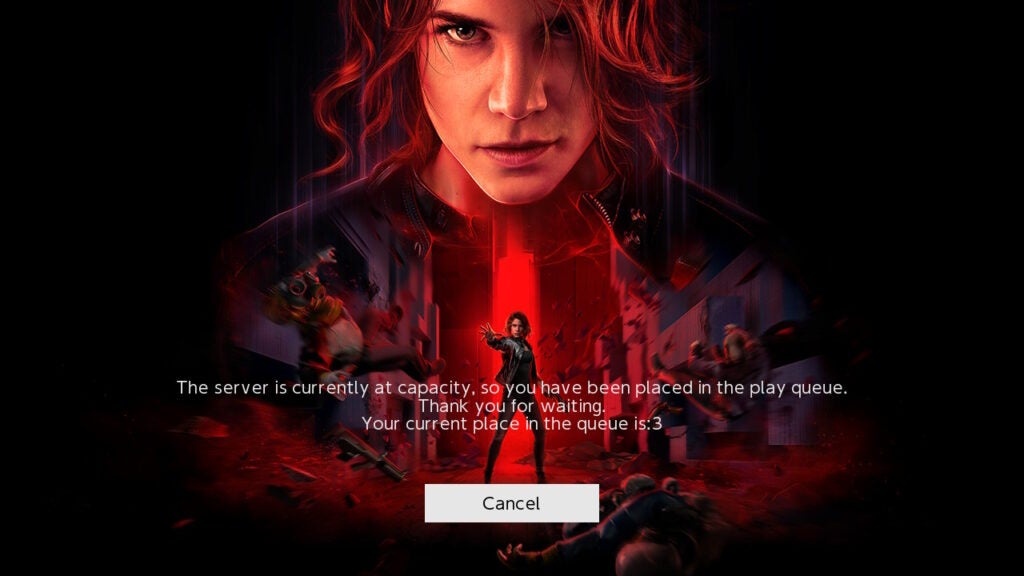 It’s worth pointing out that players utilising the free trial of Control Cloud Version also contribute to the server load, something that’s likely to wind down as time goes on – but there’s no guarantee.

As I mentioned earlier, once you get past all of the faff that comes with cloud gaming, Control is a real treat to play. From the same developer as Alan Wake and Quantum Break, Control features the same type of sci-fi/action adventure narrative that made those earlier games from Remedy Entertainment so fun to play.

Stepping into the role of Jesse Faden, it’s up to you to infiltrate the mysterious Federal Bureau of Control and locate the whereabouts of Jesse’s brother. Before long, however, it becomes apparent that the Bureau has become overrun by a nefarious entity called ‘The Hiss’. In a neat twist, Jesse inadvertently becomes the new director of the Bureau, putting the task of destroying The Hiss squarely in your hands.

That’s about as much as I can say without spoiling the numerous layers of Control’s story that peel away as the game goes on, but as far as gameplay goes, Control actually shares a fair bit of similarity with Destroy All Humans. Just as with that title about alien invasion, Control also has you switching between fast-paced gunplay and feats of telekinesis to take down your enemies. 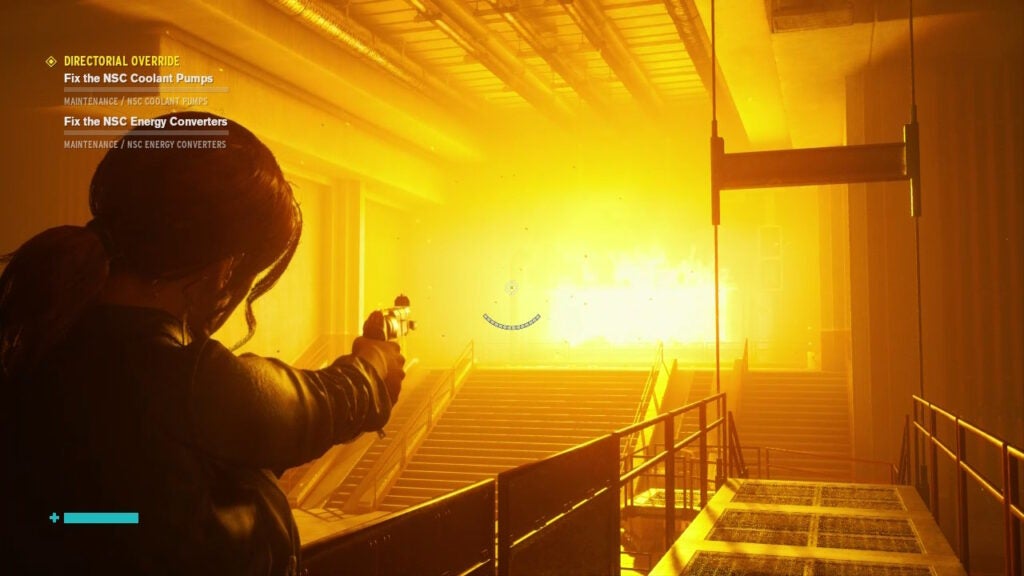 As the game progresses, and you unlock greater powers with which to toy, the gameplay becomes even more engaging, with Jesse turning into an undeniable badass. Luckily for Switch owners, all of Control’s DLC has been included in this package – hence the ‘Ultimate Edition’ moniker.

I love Control – it’s one of the best games of the past few years and an easy recommendation in itself. However, if you have any other means of playing the game then we’d advise against opting for the Cloud Version for Nintendo Switch.

From the queues to the audio issues and even the disappointing Enhanced Graphics mode, the Cloud Version is arguably the worst way to play Control. If you have no other option – but do have a solid internet connection – then make sure you’re happy to put up with all the aforementioned caveats before snapping this one up.