What is the Canon EOS 7D Mark II?

The Canon EOS 7D Mark II is an update to a classic. The original EOS 7D was released five years ago, and has long been considered royalty among APS-C sensor DSLRs. A refresh was long due, though.

With faster burst shooting, improved autofocus and much greater ISO range, the 7D MkII is clearly a superior camera.

What’s less certain is whether the 7D MkII has really done enough to seem thoroughly up to date in 2014. It misses a few features we’d like to see, such as Wi-Fi, 4K video and a tilt screen, while for speedy shooting – which should be one of its core strengths – it’s soundly beaten by the Samsung NX1 CSC.

This isn’t a particularly dynamic camera, and a lack of greater improvements is disappointing when the £1599 price tag shows no reaction to the very stiff competition from other quarters. With CSCs such as the Sony Alpha A7 and A7R range offering full-frame sensors for similar or less money, and the ever-increasing speed of less burst-obsessed cameras like the Nikon D750 now not all that far behind the EOS 7D Mark II, its benefits are on the wane.

However, in the most important photographer elements of image quality and shooting/AF performance, the 7D MkII remains a great camera that’s a sound choice for people who have bought into the Canon lens system. 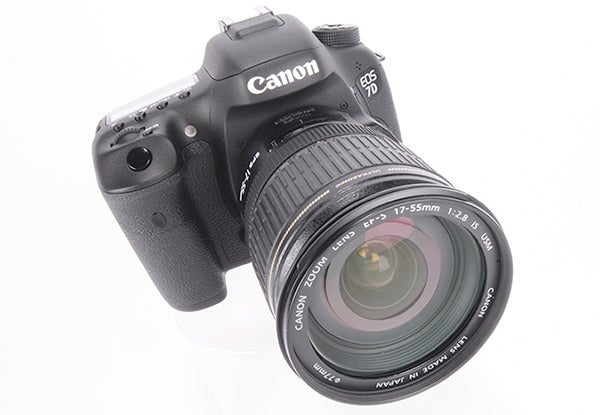 The Canon EOS 7D Mark II is an update of a camera that traditionally offered a good option for wildlife and action shooters who didn’t want to pay the sort of money demanded by the Canon EOS 1D X or Nikon D4S. You get much greater speed than the Canon EOS 5D Mark III, the full-frame alternative available at the same price these days: £1599 body-only. 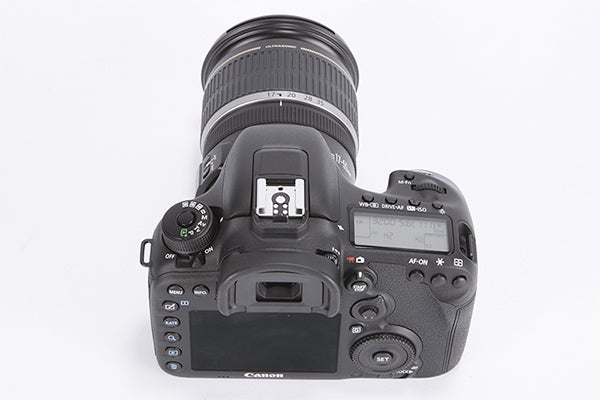 Like other high-end Canon DSLRs, the build is great. It uses a magnesium alloy body, and improved weather sealing means you can use the camera in just about any conditions. We imagine the 7D MkII may appeal to wildlife or action photographers, for whom the odd bit of torrential rain is just part of the hobby.

A mix of familiar elements and new additions shows Canon is keen to appeal to its existing hardcore audience here. For example, under the 7D MkII’s rubber flaps you’ll find a micro-USB 3.0 port for faster transfers, but the camera still adopts a combo of CompactFlash and SD card slots, where the more recent UHS-I and UHS-II SD formats have pushed CF further into the past.

CF still has a place, of course, but the latest high-speed SD cards have none of the performance issues previously associated with the format. You can set the two cards to record different file types, too. 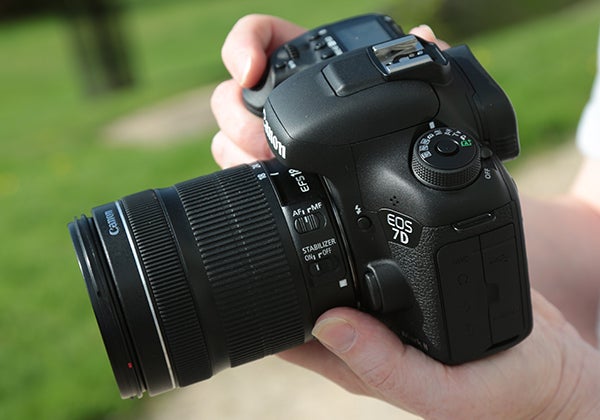 While the body of the EOS 7D Mark II is much like its predecessor’s, Canon has applied a few little tweaks. The Q Menu button lives just to the right of the LCD display on the back, offering the same layout as the 5D MkIII.

One new feature is the thumb-operated dial slider on the back, which can be customised to alter your manual controls. For example, during one shoot we used it to make the front control dial, which is the main manual control alongside the rear rotary dial, select ISO. 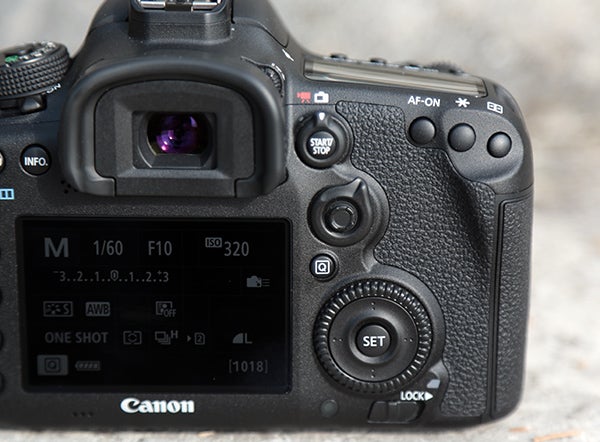 The shooting experience remains familiar, though, with the locking mode dial offering the standard aperture/shutter priority modes, as well as manual and program modes. In common with other top-end DSLRs, there’s a secondary monochrome display on the top plate that that displays basic settings info.

Next
Viewfinder and AF Review