There are no great surprises in the Canon EOS 7D Mark II’s rear display and viewfinder. It has a 3-inch 1.04-million-dot LCD on the back. It’s a minor upgrade on the 921k-dot screen used in the original 7D, although it does rather show how little progress such displays have made in the last half-decade.

The 7D MkII unfortunately doesn’t embrace any other ways it could have tweaked the screen. It is fixed, with no tilt or articulation whatsoever. This is a shame when the sort photographer out for this sort of high-speed shooter may often want to shoot from more dynamic angles. 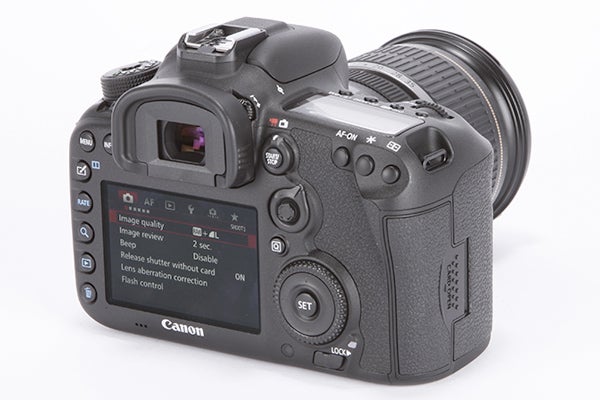 Still, a £1600 camera is generally going to find its viewfinder used more than the rear display for composition.

There was nothing too wrong with the 7D’s viewfinder, and no bad changes have been made here. As it’s optical there are none of the resolution issues you might see in an EVF, and some information is displayed on the viewfinder too. You get an electronic level as well as a readout of focus, metering and drive options.

Not every area of a top-performing camera like the Canon EOS 7D needs a serious update. But Canon has been a bit lax in some spots.

There’s no Wi-Fi, which is expected in cameras much cheaper than this one. Instead, it offers Eye-Fi card support. It’s not a particularly satisfactory mitigator. While Eye-Fi’s implementation of Wi-Fi is generally better than that of cameras, its cards are expensive and don’t offer speeds anywhere near those of the latest high-end SD cards. 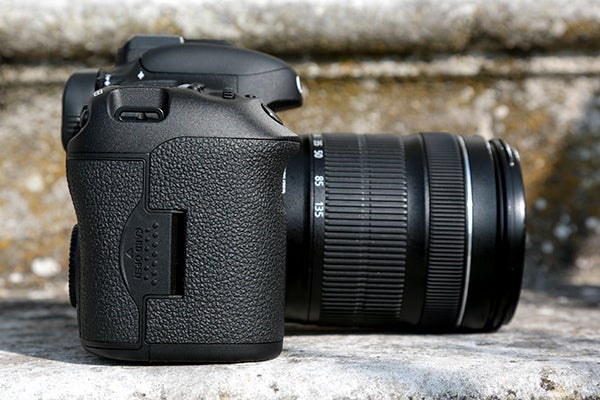 The Canon EOS 7D Mark II does have GPS, letting you both pinpoint where your photos were taken and track your movements even when you’re not snapping. Both these features can be turned off if you prefer, though.

Shooting performance has always been a key draw of the 7D, and Canon has made substantial improvements in the 7D MkII. Thanks to the use of a pair of DIGIC 6 processors, burst shooting speed has gone from 8fps to 10fps.

Fast to faster: not a bad result. This sort of speed is perfect for action and nature shooting, and it’s just 1fps below the Nikon D4S, whose 11fps burst mode is one of its key draws. 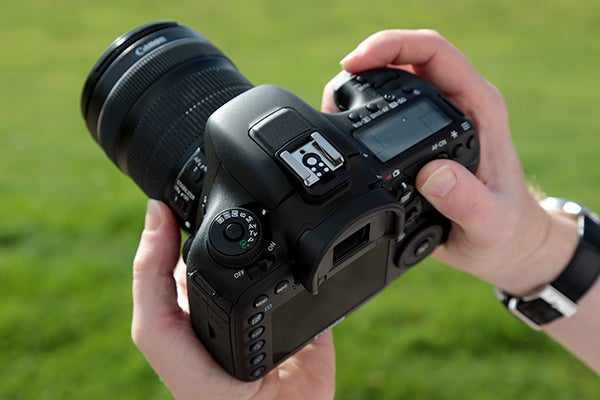 Still, performance is very good regardless. The excellent Nikon D750 manages 6.5fps, and that just may not be enough for some of you. You can shoot burst JPEGs for as long as your card will last, while RAW shooting will continue for 31 frames before stopping.

Shooting speed isn’t much use without autofocus performance, but the 7D MkII comes good here too. While it’s surpassed technically by some, we found performance to be excellent, and just like the double DIGIC 6 processor behind the speed, the tech’s solid too.

The main focusing module is a 65-point system where every point is cross-type, letting it focus using both horizontal and vertical image information. These points cover most of the field too.

At one point we took the Canon EOS 7D Mark II out shooting in an event at a club and found the focus to be fast and reliable despite the adverse conditions. The centre of the AF is designed to work in conditions down to -3EV, which is moonlit level. 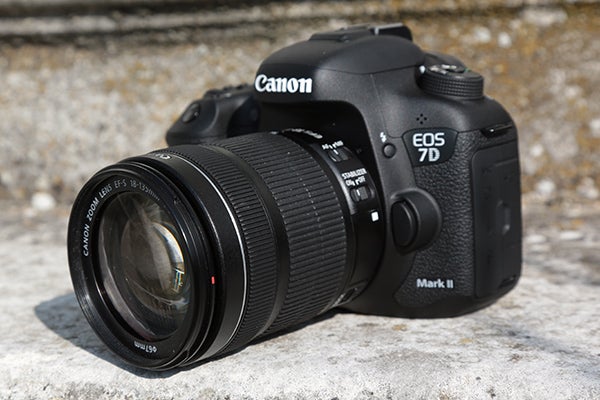 Unlike so many other phase detection-enabled DSLRs, this performance doesn’t drop like a stone when you enable Live View or start shooting video. As well as the main focus module, there are sites on the sensor itself that are used for phase detection, something Canon calls Dual Pixel AF. This helps it avoid the annoying ‘seeking’ you get with a contrast detection system.

Continuous focus tracking is impressive too, which for the target audience is much more important than any of the missing bits we’ve complained about. The great shooting speed and AF performance help us forgive the modernisations Canon has left out.

Metering is good too, with a new 150,000-pixel metering sensor providing very reliable performance. Partial, spot, evaluative and centreweighted average modes are on offer, and the evaluative mode covers all 65 focus points.