What is the Nikon D4S?

Professional DSLRs need to be peak performers. They have to be tough, fast and accurate to meet the demands of some unforgiving disciplines – press, sports and wildlife photography, the particular requirements of which insist upon very high specification.

Such cameras have short careers being soon superseded and so it was with the Nikon D4. An immediate winner when launched in 2012, it has been caught by its competitors.

So, the company took its best features and made small but telling changes to the image processing, shooting rate and autofocus then some deft touches, nips and tucks to the body for better ease of use and handling.

The end result? The incrementally better D4S. The question is, has Nikon done enough? 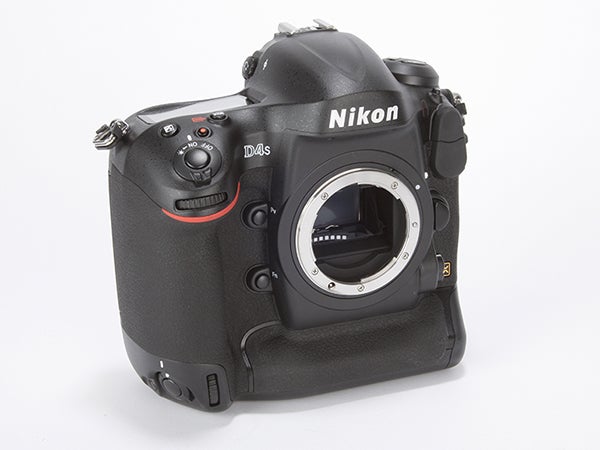 Speed is the name of the game when it comes to pro DSLRs, and Nikon’s improvements allow the D4S to shoot at up to 11fps – 1fps faster than the D4 – with both metering and autofocus acquisition – but still 1fps slower than the Canon EOS 1D X.

Even so, the improved processing speed allows the D4S to continuously shoot up to 200 fine, large JPEGs or 104 uncompressed 14-bit raw files with a XQD memory card.

The fast and accurate AutoFocus (AF) system is the same as in the D4 – the Advanced Multi-CAM 3500FX, which has 51 AF points and ‘3D tracking’. There is also AF Group selection, more of which we’ll discuss later. 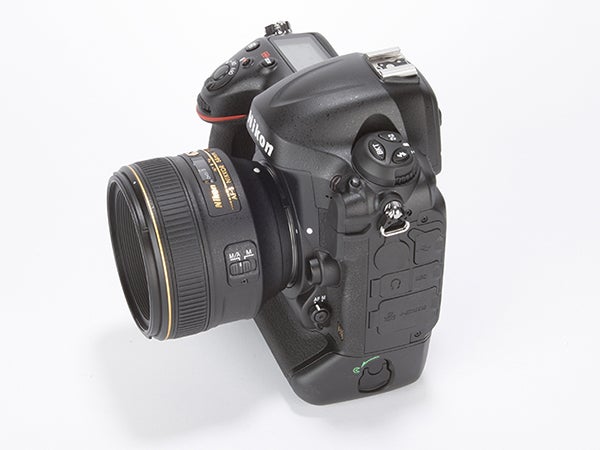 The D4S doesn’t have built-in Wi-Fi connectivity. Instead – access is provided via Nikon’s WT-5 wireless transmitter (costing around £500), which can also be used to trigger multiple remote cameras with the press of the shutter.

This facility has been taken a step further to allow one of the function buttons to fire the remote cameras separately, without actually firing the commanding D4S camera. Press photographers who want to quickly send images back to the press office can do so using the D4S’s new 1000 Base-T (Gigabit) Ethernet socket.

As before, there’s a stereo microphone socket with the option to adjust the recording sensitivity level. However, unlike the D4, the recording volume can now be altered while recording, when previously it was fixed while shooting.

Uncompressed video footage can be output from the HDMI socket to an external recording device, and the new camera can record the compressed footage simultaneously to the memory card. 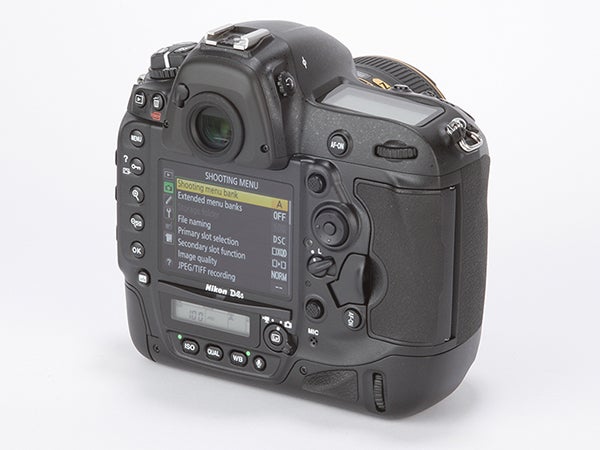 Other features are a new interval timer and time-lapse image capture. Those who want to shoot such footage will be pleased that the new EN-EL18a battery can take 3,020 shots, compared to 2,600 with the D4 and EN-EL14 battery.

Finally, the sensor is the same 16.2-million-pixel full-frame (36 x 23.9mm) CMOS version as the D4. However, the processor it is coupled with is the new Expeed 4, which is 30% faster than its predecessor.

This, of course, is the main driving force behind the faster speed of capture but it also brings improvements to image-processing speed and quality.

Consequently, ISO sensitivity now runs from ISO 100-25,600 instead of ISO 100-12,800. The extended sensitivity settings have also been improved with a new Hi4 extended mode that represents a sensitivity of an incredible ISO 409,600.