Canon’s triple-digit DSLR range has long been one of the most popular series of affordable DSLRs. The Canon EOS 700D arrives as a replacement to the EOS 650D, hitting a £650 price tag at launch. It’s also the large, better-featured alternative to the Canon EOS 100D – Canon’s new ‘smallest DSLR in the world’ rival to Compact System Cameras (CSCs). Although it appears that little has changed, the range’s popularity is such that the 700D is sure to gain admirers. 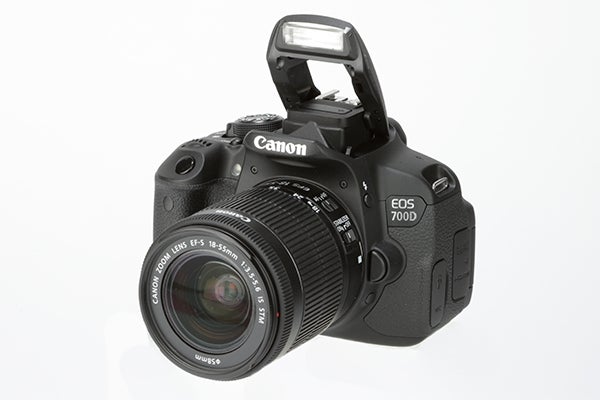 Let’s start off at the very core of the Canon EOS 700D, namely its sensor. While many of its competition have of late increased the resolution of their sensors, the 700D maintains the same 18MP resolution that has been present in previous generations of the triple-digit series.

The sensor has a native ISO range of 100-12,800 – extendable to ISO 25,600 – in addition to a Hybrid AF (Auto Focus) system on the sensor itself that promises improved AF performance through the combination of contrast and phase-detect technologies.

Paired with the sensor is the latest DIGIC 5 processor which, although not the new DIGIC 5 version found in more advanced Canon DSLRs, still promises a respectable level of performance. 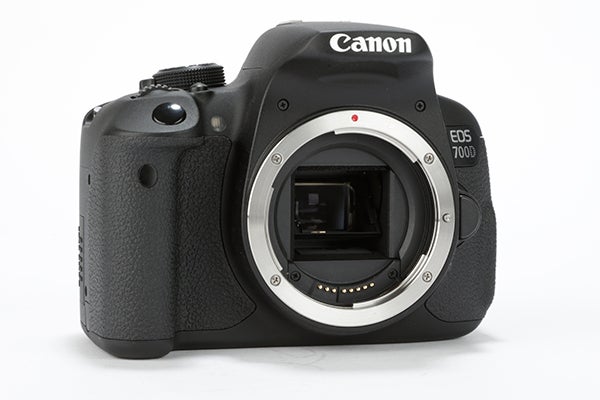 The sensor at the core of the Canon EOS 700D also offers Full HD 1080p video capture at either 30, 25 or 24fps – with 60 or 50fps available at the lower 720p resolution – while a pair of stereo microphones also feature on the camera’s top plate.

Although the 700D’s optical viewfinder only offers 95% coverage of a scene, the eye-catching 3-inch, 1040k-dot LCD screen on the camera’s rear is in the 3:2 aspect ratio, and thus stills fill the whole frame in capture.

The 700D’s LCD screen itself is of the vari-angle variety, so can be pulled away from the body and rotated about an angle for both high and low angle shooting – it’s one of the key differences between it and the smaller Canon EOS 1100D. 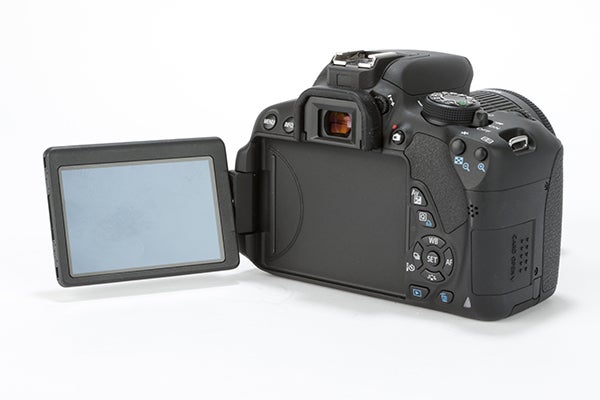 The 700D includes a 9-point diamond AF arrangement that is the same as that found on the 650D. Although the nine points are far less than some rival cameras, the good news is that all are of the more sensitive cross-type variety and are thus sensitive to horizontal and vertical subjects and movements.

One welcome new feature with the 700D is the ability to preview the camera’s Creative Filters at the point of capture. Previous Canon DSLRs featuring Creative Filters lacked this function, while there’s now also the option to save an unaltered image alongside the filtered shot.

Unfortunately, and somewhat surprisingly considering the proliferation of the technology in recent releases, the EOS 700D doesn’t have built-in Wi-Fi for transferring files and remote control using a smartphone or tablet.

It ships as a body only or as part of a kit with the 18-55mm f/3.5 – 5.6 IS STM lens; an update on the USM version found on the 650D with a 4-stop stabilisation system and a step focus system for silent focus during movie capture.