Canon’s latest DSLR – the EOS-100D – arrives with the headline-grabbing claim of being the world’s smallest DSLR. In real terms, the 100D measures in at around 25% smaller than Canon’s perennially popular triple-digit range of entry-level and mid-range enthusiast DSLRs. 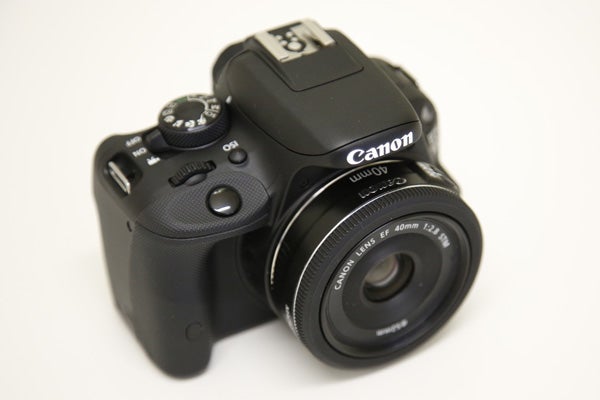 We’ve managed to get our hands on a pre-production unit ahead of the
announcement today, complete with the EF 40mm f/2.8 pancake lens. With
these two paired together it’s instantly apparent just how small the
100D really is – especially when compared to other DSLRs. In fact, its size is much more comparable to a
CSC, or even Canon’s PowerShot SX50 HS bridge camera. When you switch
lenses to the regular 18-55mm kit lens that comes bundled with the full-sized EOS-1100D and EOS-650D DSLR models the size saving is less pronounced, however
it still represents a neat package.

Despite the Canon 100D’s diminutive proportions, Canon has managed to maintain all of the key elements of a regular size Canon DSLR, namely the optical viewfinder and EF-S lens mount. It’s achieved this trick by completely redesigning many of the internal workings of the camera with a view towards miniaturisation. The modifications include a smaller battery, smaller shutter unit and denser component layout that reduces the overall size of the component board. 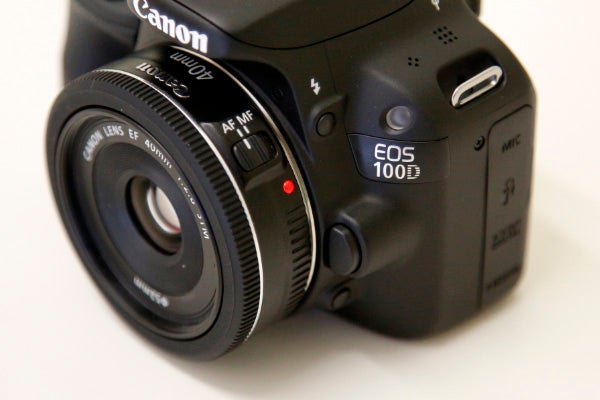 Although the camera has been shrunk with regards to size, it retains a lot of the design features of the Canon’s other triple digit DSLR range. There have been some modifications though, and these are most acutely felt in the area of the handgrip – the EOS 100D’s grip is much shallower than on other Canon DSLRs. While you do miss the extra security of the larger grip, the 100D still feels secure enough to get a good hold of the camera with. 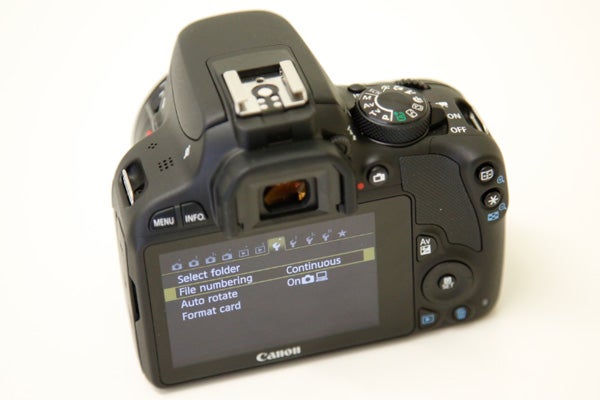 Furthermore the Canon EOS 100D doesn’t skimp on features either, and even gets the same capacitive touchscreen that was introduced with the 650D (making it the world’s first DSLR to offer touch-screen control). As a result the Canon 100D offers the same pleasing level of performance and user control while shooting. In Playback mode,  captured images can be viewed using pinch-and-zoom and swipe gestures in a manner that will be instantly familiar to smartphone users, while the image quality on the screen itself is also impressive. 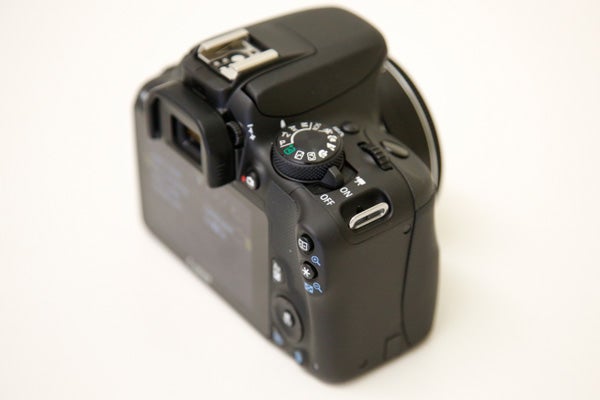 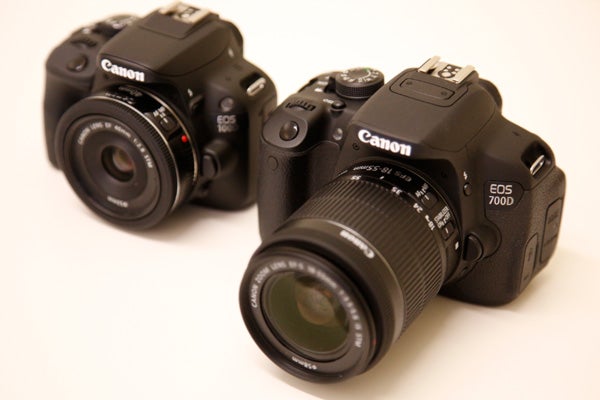 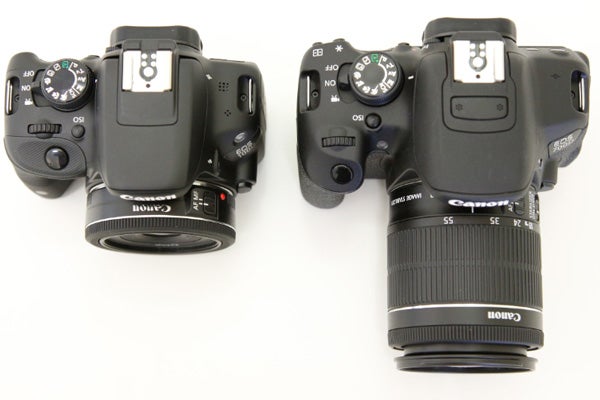 As a mini EOS DSLR, the EOS 100D is bound to gain a lot of fans right off the bat. It’s priced to sit between the EOS 1100D and the 600D in Canon’s line-up, and as such sees Canon offering more choice then ever for the entry-level user. However, the 100D will find itself up against some stiff competition in the form of several impressive CSCs, although the benefits of DSLR technology – especially with regards to the optical viewfinder – should see it compete keenly. We look forward to getting our hands on a review sample for a full, in-depth review nearer the launch date.