The EOS 700D has a stainless steel chassis accompanied by a polycarbonate resin shell, with the shell itself featuring a new external finish that is more akin to Canon’s mid-range DSLRs and the manufacturer claims is more robust and durable than before.

The finish itself is a combination of rubberised grip areas around the body, and areas of matt finish. It’s a success, on the whole, but it can feel plasticky on certain parts, such as around the flash housing. 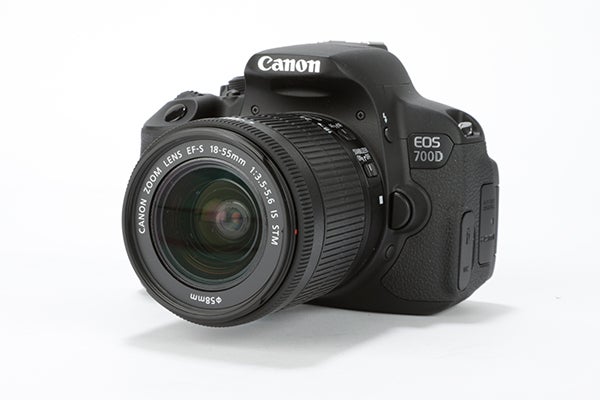 As the triple-digit series from Canon has many years of heritage to draw from, it’s hardly surprising that it’s a well-designed camera. For example, although the handgrip is relatively small, it still allows for a secure grip over the camera no matter what size lens you use.

There’s very little to mark the 700D out from its predecessor, the Canon EOS 650D, with regards to design. One of the few standout improvements is the mode dial – the shooting settings are now embossed, while the dial itself now features 360-degree rotation as opposed to the limited rotation found previously.

As you’d expect for a triple-digit Canon DSLR, the 700D’s buttons are intelligently laid-out. An ISO button and a handy control wheel that handles a host of general shooting settings combines with the mode dial to make it a breeze to use. 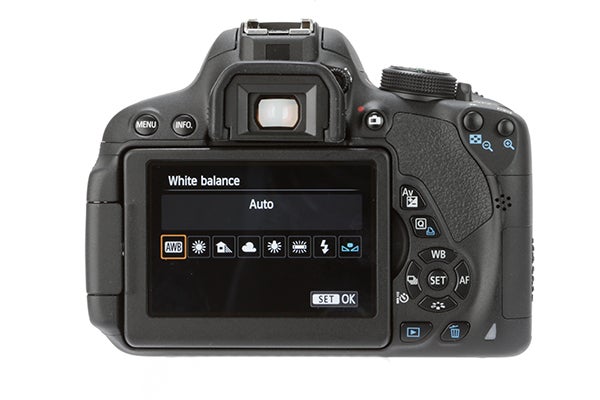 On the rear of the camera sits a further collection of buttons that offer quick access to shooting settings, including a Live View button that doubles up as the video record button, as well as an exposure compensation dial that controls shutter and aperture in manual shooting mode.

The EOS 700D is all-round performer. One particular highlight is the speed of focus, which is extremely snappy thanks to the nine cross-type AF sensors that surpass the number found on similar price rivals. One negative with the AF design, however, is the tight grouping of the nine focus points. This means that the 700D doesn’t offer the same level of continuous AF performance as some of its rivals. 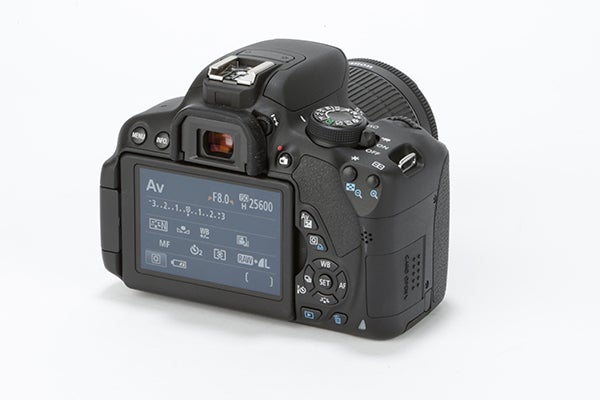 Canon quotes a continuous burst rate of 5fps, and during testing the 700D generally met this mark. We captured six Raw files during testing at this speed before the buffer filled, although when switching to JPEG-only we managed a much more respectable 22 frames.

The 700D’s LCD screen offers a pleasing level of saturation and contrast, with balanced lighting displayed and a viewing angle as wide as its OLED rivals. And the LCD screen continues to impress when it comes to the performance of the touchscreen, with a level of sensitivity that will seem instantly familiar to smartphone and tablet owners.

The touchscreen lets you select a focus point when shooting in Live View by simply touching on the desired point on the screen (you can even set the 700D to fire the shutter at the same time), and the ability to pinch and zoom on images when reviewing.

If the touchscreen isn’t for you, the good news is that you can avoid it all together should you want to. The button and control layout of the 700D is such that the camera’s main functionality all falls simply to hand, with items such as the Quick Menu display aiding this user experience.