Canon’s entry-level DSLR has now been succeeded by the Canon EOS 2000D, but could still offer decent value for money as a second-hand option for those looking to get on the first rung of the DSLR ladder.

It features an APS-C-sized sensor and some other interesting features, if nothing too revolutionary. In terms of an upgrade from the 1200D, it was relatively minor: there was a bump in screen resolution, a slightly better processor and the addition of Wi-Fi and NFC.

As well as appealing to first-time DSLR owners as a result of its low price, it’s also an attractive proposition for owners of the more advanced models in Canon’s lineup as a back-up or travel camera.

If you’ve used or seen a 1200D, then you’ll be familiar with the 1300D’s build and layout – Canon hasn’t strayed too far from the blueprint here.

As befits an entry-level camera, it’s on the relatively small side for a DSLR, but it’s chunky enough to be satisfying for those upgrading from a compact camera. The grip is slightly contoured, as well being textured, which helps it to sit nicely in your hand.

Atop the camera sits a mode dial, which means you can switch between different exposure modes quickly. As well as manual and semi-automatic options (such as aperture priority), there’s also a range of scene and automatic modes too, which is great if you’re just starting to get to grips with DSLR photography. 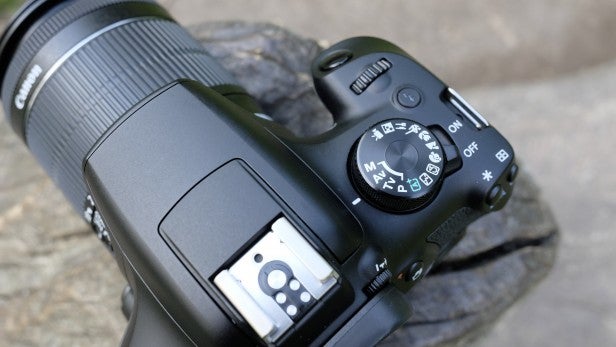 There are quite a few buttons on the rear of the camera, but they’re grouped in one place to make changing settings easy. There are direct keys for some settings – such as ISO, AF type, white balance and exposure compensation – and a Q button to gain access to some of the other commonly used settings, such as metering.

The 1300D includes an optical viewfinder. It offers a reasonably bright and clear view, but it shows only 95% of the scene. That’s pretty normal for entry-level DSLRs, but it means you need to be careful during composition that something doesn’t creep in to the edge of the frame that you don’t notice. This is one place where electronic viewfinders definitely have an advantage over their optical cousins.

Wi-Fi and NFC is the big upgrade for this camera when comparing it to the 1200D. In order to use it, download the Canon Camera Connect App, which is available free on the App Store (iPhone) or Google Play Store (Android). The connection process is quick and easy, and once you’ve connected your device to the camera you can use it to take remote control of the camera, or to download photos from the camera for uploading to social media. 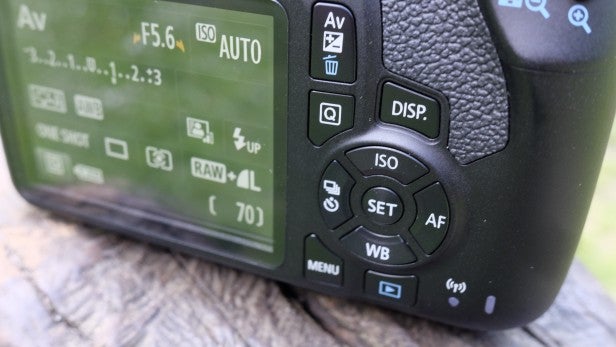 The screen is a fixed, 3-inch, 920k-dot panel – an upgrade from the 460k-dot screen of the 1200D. This means images viewed in playback are more crisp and sharp, while menus and icons also look better, too. It would be nice if the screen tilted or articulated, but since this camera is bargain basement for a DSLR (particularly if bought second-hand), it’s not all that surprising.

As well as the viewfinder, you can compose using Live View on the LCD screen. This is activated via a button just next to the viewfinder. It’s useful for shooting macro and still-life subjects, as you can check focus precisely. However, since focus is slower when using it, it isn’t something I’d recommend for all subjects.

There are just nine autofocus points to choose from when using the 1300D – not many by DSLR standards, and they’re grouped towards the middle of the frame. The central point is the more sensitive cross-type, so it’s better to use this one when shooting in low-light conditions. To change the AF point, press the AF point selection button and use the directional keys to choose the point you need.

AF speeds vary depending on the lens you’re using, but are generally very good if the light is decent. In low-light conditions, the camera may hunt back and forth to acquire focus, but it’s unusual for a false confirmation of focus to be presented.

The 1300D uses the Digic 4+ image processor versus the 4 in the 1200D. It’s a bit long in the tooth nowadays when you consider the most recent version – as found in the Canon EOS M50 and EOS R– is up to Digic 8. As a result, we have just 3fps continuous shooting on offer, and a buffer that can only cope with six raw files at a time.

This is a value camera that is unlikely to be on the shopping list of any professional sports photographers, but it’s worth remembering those speeds if you’re thinking of grabbing a 1300D to be a back-up camera, particularly if you regularly shoot action or fast-moving subjects. 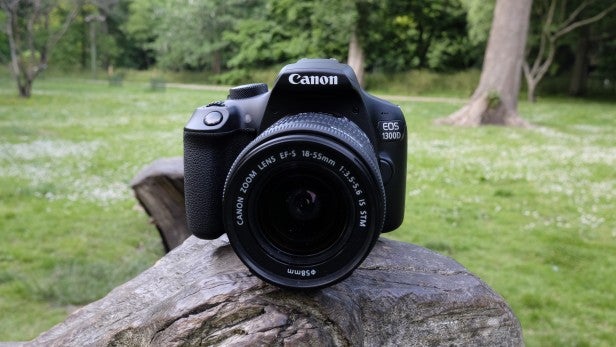 Make no mistake, if you’re jumping from a compact camera or smartphone, then the quality of the 1300D’s images will impress, despite its age.

Directly from the camera, JPEG images display great colours, which are accurate when using the automatic white balance setting in most conditions. Under artificial lighting, images are a little on the warm side – while that isn’t necessarily a bad thing for some subjects, for complete accuracy you’ll be better off switching to a specific white balance setting.

All-purpose metering generally works well to produce accurate exposures. However, you may find that in some high-contrast shooting scenarios bumping up the exposure compensation a little helps to create a more pleasing effect.

When it comes to noise, the 1300D’s sensor is a reasonable performer. At ISO 1600, there isn’t too much present, while there’s a good overall impression of detail when looking at shots at normal printing or web sizes. However, if you open up the Raw files, it’s obvious that the camera is applying a fair amount of noise reduction. As a result, some fine detail will be lost in JPEG shots.

If this should happen, it will be possible to use the Raw files to bring back lost detail, balancing it with noise reduction as suits your preference. At ISO 3200 and ISO 6400, images are still good – certainly usable at A4 or below, but it’s worth avoiding ISO 12800 unless you’re really desperate. 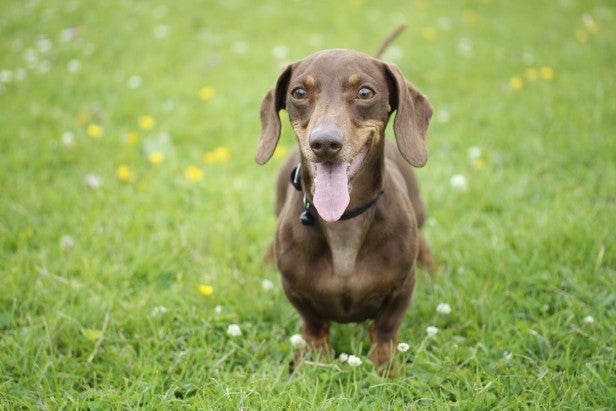 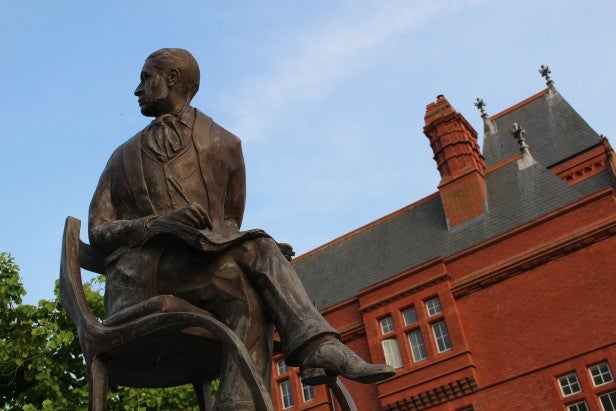 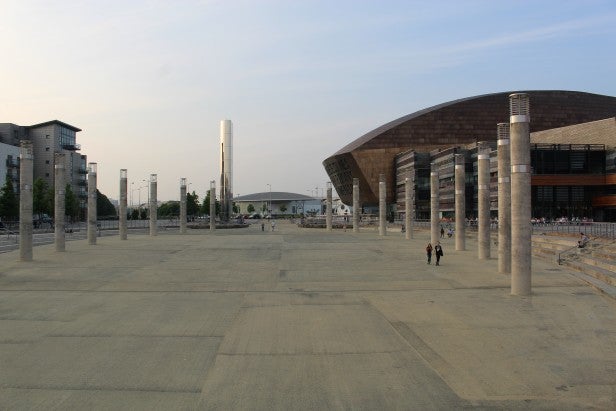 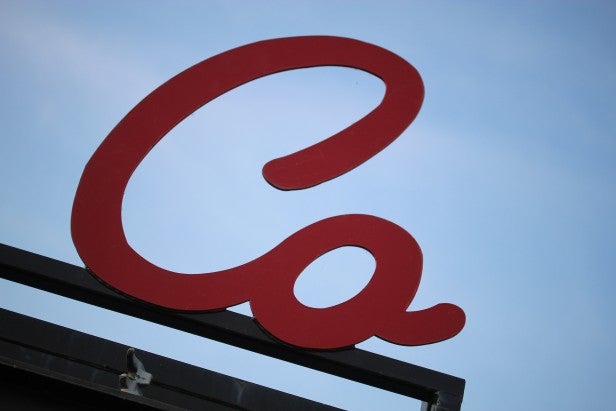 To record video on the 1300D, you’ll first have to set the exposure dial to video – annoyingly, there’s no dedicated movie button. This also means that video is fully automated, with the camera offering no manual control over video settings. That will be disappointing to potential videographers, but it perhaps isn’t surprising for a value camera like this.

The camera can shoot Full HD video, and it’s capable of producing some good footage. However, video functionality is very much a supplement to being a stills camera, rather than a reason to buy the 1300D.

Despite being succeeded by the Canon 2000D, the 1300D remains a potentially good second-hand choice if you’re looking for your first DSLR – although we’d be inclined to wait for the imminent Nikon D3500, or spend a little more on the Canon 200D.

While it isn’t a phenomenal camera that’ll blow you away with its performance, it’s a solid little DSLR that’s a decent option for beginners, as well as a good backup for enthusiasts.

The 2000D isn’t a huge upgrade on the 1300D, so if your budget is tight then the 1300D might be the wiser choice between the two. There are now better budget DSLRs available, though, as well as decent mirrorless alternatives like Canon’s own EOS M50 for a little more.

A possible second-hand option for DSLR newbies, but there are better budget options available as well as mirrorless alternatives for a little more