The Lagoon ANC headphones tick all the right boxes for design and features. Their sound is entertaining, and analytical in its approach. They lack the sonic sparkle of the best models at the price, however, and the light guide system is one of the more peculiar features we've tested.

The market for premium wireless noise-cancelling headphones is pretty saturated. Everyone from venerable audio brands to upstart sportswear manufacturers wants to sell you a pair of Bluetooth cans, so is it any wonder that Beyerdynamic (which falls heavily into the former category) wants a piece of the action, too.

In such a crowded market place, the company has attempted to find a way to differentiate its Lagoon ANC premium wireless noise-cancelling headphones. However, it’s just as well that these headphones have more to recommend them than what Beyerdynamic refers to as its “Light Guide System” because I’m not convinced that “headphones that light up on the inside” will be enough to convince buyers to pick these units above rivals.

Like virtually every other pair of worthwhile over-ear wireless noise-cancellers out there, the Lagoon ANCs offer a compact and fairly lightweight design. They’re built from high-grade plastic, aluminium and faux leather.

They’re robustly hinged, allowing them to fold down to a fairly small form, and they come with a compact hard-case for storage. At 283g they’re hardly a burden, either to wear or to carry, and the soft memory-foam padding covering both the ear cups and headband ensure they stay comfortable even through a long-haul flight. 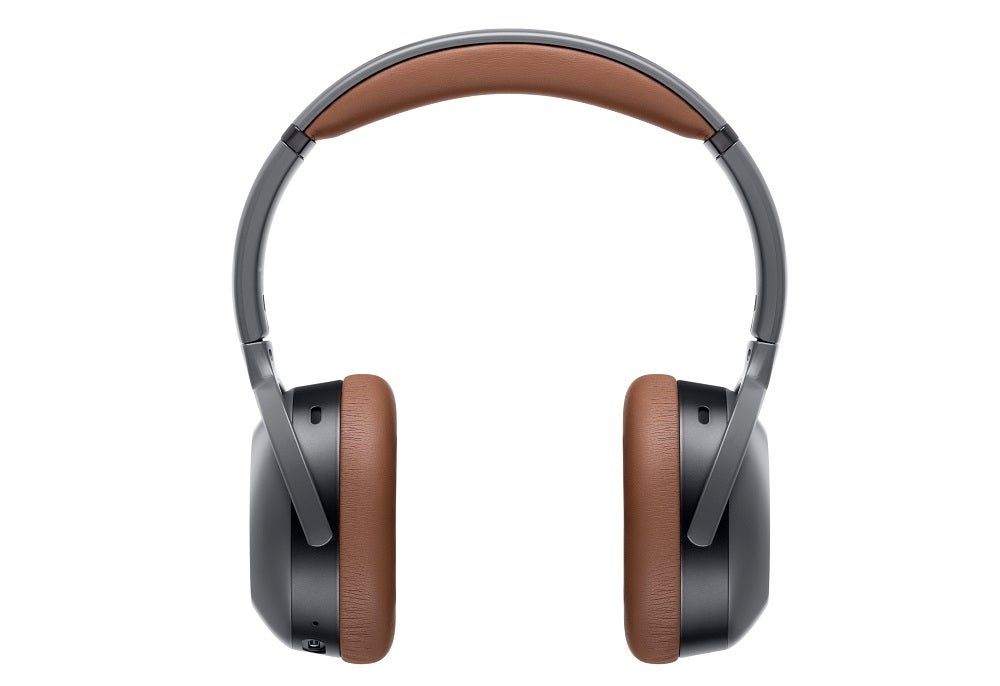 Despite the liberal use of plastic in the construction and their relatively light weight, the Beyerdynamic feel solid and built to last. There’s no squeaking or creaking; all moving parts shift smoothly, and all non-moving parts feel secure.

As far as design flourishes go, these are thin on the ground. You can opt for the Lagoon ANCs in an all-black finish, otherwise known as the “Traveller” edition. Or those who fancy a few brown pleather accents to lift the mood should opt for the “Explorer” version.

The Beyerdynamic tick all the right boxes spec-wise. Wireless connectivity might be restricted to a 2015-tastic Bluetooth 4.2, but they’re nevertheless compatible with aptX, aptX Low Latency and AAC. As such, high-res files can be streamed, and audio/video syncing should be flawless.

Once the audio information is on board, it’s delivered via a pair of 40mm free-edge full-range dynamic drivers. But the sound the drivers serve up can be finessed using Beyerdynamic’s MIY app for iOS and Android. It runs you through a reasonably thorough hearing test before trimming the Lagoon ANCs’ EQ to suit your specific hearing profile.

As far as the interface goes, the Lagoon ANCs use a hybrid combination of touch- and physical controls – and, like virtually all of its rivals, Beyerdynamic places the burden for its interface firmly on the right-side ear cup. The face of the right ear cup is home to the touch controls (volume up/down, play/pause, call answer/reject/end, wake voice-assistant) and around the edge sit physical controls (power on/off, Bluetooth pairing, noise-cancelling off/on/even more on).

There are also 3.5mm analogue and USB-C inputs, and mics for noise-cancelling as well as telephony and voice-assistant Qualcomm cVc. On the left-hand side, you’ll find just the mics.

There are accelerometers on board, too. And for once, their sensitivity is really well judged – moving them or taking them off results in the Beyerdynamic pausing when you want them to but not when you don’t.

Similar to rival designs, the Lagoon ANCs feature voice prompts to indicate what the headphones are up to – whether that’s pairing, or remaining battery life, or whatever. However, unlike any rival, the Beyerdynamic also duplicate that information using a system of coloured lights that illuminate the inside of the ear cups. That’s right, the inside. Of course, at the best of times it’s difficult to figure out what your headphones are up to when they’re on your head – but what chance do you have if the tell-tale lights are next to your ears?

Nevertheless, the Lagoon ANCs light up like a boy-racer’s Citroen Saxo. A pulsing blue light means they’re waiting to pair. Red flashes mean the battery’s on its last legs. Steady orange means they’re paired and playing. And so on. There’s “pointless”, and then there’s the Beyerdynamic Light Guide System.

So the MIY app determines the state of your hearing. The inside of the Lagoon ANCs’ ear cups have cycled through their various colours to indicate they’re paired and ready to play. Now it’s time to find out exactly how these headphones sound.

An MQA-powered Tidal Masters stream of Talking Heads’ Thank You For Sending Me An Angel shows off the Beyerdynamic’s even-handed frequency response. From the top of the frequency range (which has shine and substance) to the bottom (which is rapid and well controlled), the Lagoon ANCs are a detailed-packed listen and don’t understate or overplay any particular area.

Unlike any number of rivals, bass sounds are balanced and prompt, with the start and stop of individual notes and hits fully described. Details of tone and texture are all forthcoming, and the Beyerdynamic’s relative lack of weight allows a greater sensation of speed and drive than would otherwise be possible.

The transition to the mid-range is seamless, and there’s an absolute stack of information revealed about the singer’s phrasing and breathing, as well as the same admirable momentum. Treble sounds are bright but not hard, and just as loaded with detail as everything that’s going on underneath. 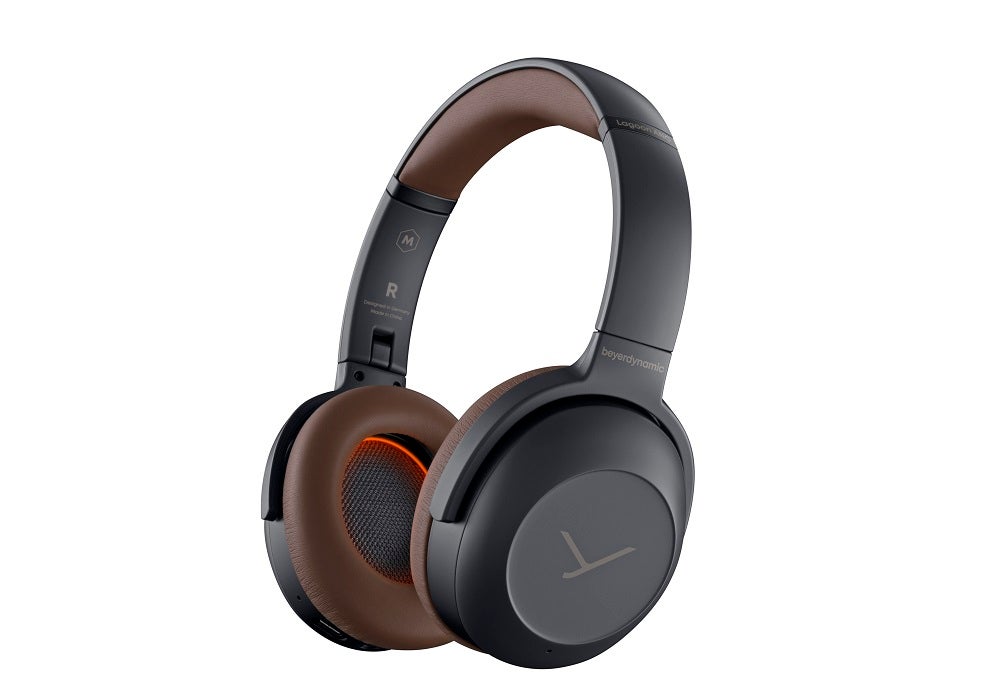 The Lagoon ANCs aren’t above letting this level of analysis come across as a little, well, analytical though. They paint a full and believable picture, certainly, but they’re not the most animated listen you’ll ever have enjoyed. As a consequence, a tune such as Roots Manuva’s Join The Dots lacks the out-and-out excitement delivered by some alternatives.

However, that very same track does allow the Beyerdynamic to demonstrate their ability with timing and integration. The level of detail retrieval here makes it plain that this is a cut’n’paste recording. Nevertheless, the Lagoon ANCs manage to serve up a sound of proper unity, so it sounds like an actual performance even though it’s more of a collage.

The first stage of noise-cancelling doesn’t impact on any of these traits, which is a welcome discovery. External noise is reduced, so even the background drone of mass transport is helpfully negated. However, switch it up to full power (or “position 2”), and while exterior noise is even more fully suppressed, there’s a definite cramping of the soundstage.

A vague but definite background hiss is introduced, too. So unless you’re near to some building that’s about to be demolished, I’d recommend leaving noise-cancelling at “position 1”. There’s probably a colour of light to indicate the level you’ve selected, but I sort of lost the will to live halfway through reading the glossary of meanings.

Should you buy Beyerdynamic Lagoon ANC?

As I’ve mentioned, there’s plenty of choice in this arena. If you want a shortlist of premium wireless noise-cancelling headphones worthy of consideration, you’re out of luck. You’ll have to make do with this medium-sized list of alternatives to the Beyerdynamic instead.

The obvious jumping-off point is Sony’s formidable WH-1000XM3s. They’re getting on a bit now, relatively speaking, but that doesn’t make them any less compelling. It just makes them more affordable as retailers clear the decks ready for their replacement.

Sennheiser’s most recent Momentum Wireless 3 deserve full consideration, too. Yes, they’re pretty big – so if you have a smaller head, then you might feel a little swamped. But in every other respect they’re admirable, even if they cost just a touch more than the Lagoon ANCs.

Spend a bit more still, and you could get yourself a pair of Bowers & Wilkins’ PX7s. Relatively luxurious materials, a fairly opulent look and, crucially, superbly judged audio quality make them sound even more expensive than they already are.

And don’t forget Bose. This is a company that got in on the ground floor of the wireless noise-cancelling land-grab, and its current front-runners, the snappily named Noise Cancelling Headphones 700, are among its best-ever efforts. And by extension, this means they’re some of the best noise-cancellers around.

The N700 NCM2s by AKG shouldn’t be discounted, either. They’re neat and petite where so many of these other designs are a bit on the hefty side, and they have all of the performance the brand name promises.

And all those are just the obvious ones. If it wasn’t plain before, it should be now: it takes more than a daft lighting system to make a class-leading pair of premium wireless noise-cancelling headphones. Thankfully for Beyerdynamic, there’s more to the Lagoon ANCs than only that.