Prior to testing the W3000, I’d feared that it wouldn’t offer enough of a step up on the BenQ W2000 to justify the £300 price bump. But, the W3000 subtly improves on the previous model in a number of picture areas, adding up to an overall step up in performance that makes it well worth the extra outlay.

For starters, the W3000 is capable of producing deeper black levels than the W2000, leaving less greyness hanging over dark scenes so that they look instantly more immersive and cinematic.

The enhanced black-level response also means, critically, that you can see far more detail in dark areas. In fact, for me the W3000 is in a class of its own in this price bracket of the market. In terms of contrast and shadow detail handling, it reveals subtleties and a sense of depth during dark scenes that other, similarly affordable projectors just can’t deliver. 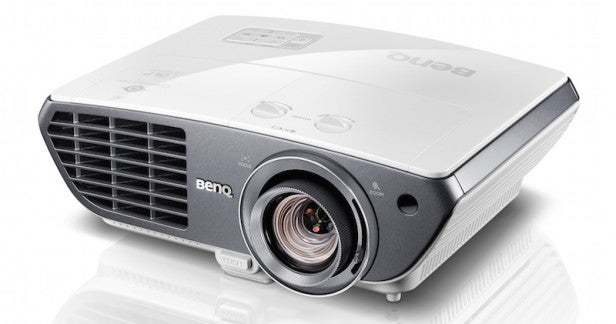 It’s great, too, to see the projector’s rendition of black colours looking so neutral, with no infusion of the blue or green undertones that affect lesser projectors.

The W3000’s deft shadow detailing also means that dark scenes look far more “equal” of bright scenes than is usually the case with affordable projectors, making for a more consistent viewing experience with films that regularly shift between dark and light scenes.

Actually, the W3000’s pictures in general are startlingly free of almost all types of noise – I’ll come to the exception to this later.

Even natural grain in films such as 300 and Harry Potter and the Deathly Hallows prove no challenge to the W3000’s optics and processing. It’s even possible to run the motion processing on its low level without grain starting to look forced and unnatural. 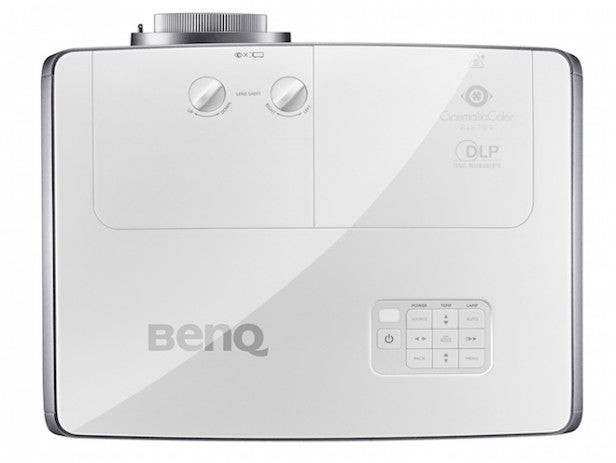 I’m not implying here that the W3000’s pictures are in any way soft. On the contrary, they do a brilliant job of bringing out every pixel of detail, texture and definition from a good-quality HD source. The point is that they do so naturally, without looking processed and without revealing any hint of the DLP chipset’s pixel structure.

And now to what movie fans will actually consider the W3000’s crowning glory: its excellent colour handling. Using the Cinema picture preset with minimum manual adjustment, colours look gorgeously natural in terms of both the natural feel to their tones and the outstanding subtlety with which even the finest blends are handled. This means there’s pretty much zero striping or blocking, even over tricky skin tones.

The tonal balance is immaculately judged too, with no hue standing out unnaturally above the rest. As a result, you always take in the image as a whole rather than having your eye drawn to specific areas of exaggerated colour.

Actually, the precision of the W3000’s colour handling is also the reason behind its images looking so detailed and full of depth.

Movement in the frame is handled well even if you don’t use the W3000’s motion processing system. And finally, it’s important to stress that despite the impressive black-level response and focus on accurate colours, pictures still look bright and punchy.

I have only a couple of issues with the W3000’s pictures. First are some brightness uniformity errors – but nothing that shows up often with regular video, rather than uniformity test signals. Second are the occasional traces of DLP rainbow noise: stripes of red, green and blue flitting over really bright highlights of the picture.

The rainbowing isn’t something that you witness routinely; it’s visible only over small, extremely bright image highlights when they appear against dark backdrops. Also, it’s reasonably subdued. However, if you’re one of those people who’s particularly sensitive to seeing it, it’s definitely something of which you should take note.