The £1,099 W3000 is the second projector I’ve seen from BenQ to use the brand’s new Cinematic Color technology, for accurately hitting the Rec. 709 video standard right out of the box. It uses better lens glass than the previous model, BenQ W2000 projector, I tested recently; adds horizontal as well as vertical optical image shifting; introduces motion interpolation processing; offers more optical zoom; and ships with a pair of 3D glasses.

The W3000 doesn’t follow the design sported by the new W2000 and W1110 BenQ projectors. Instead, its angular, top-heavy style is more akin to BenQ’s 2015 home entertainment range. It isn’t unattractive – especially with the silver fascia contrasting so tastefully with the gloss white of the projector’s other sides – but it does make you wonder if this model is actually built on an older chassis design than the W2000 and W1110. 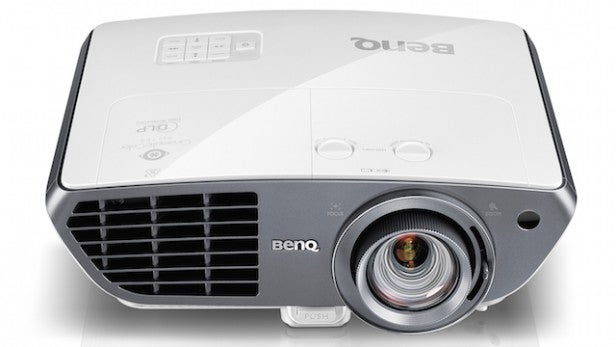 The W3000’s rear is crowded with connections. Among the highlights are two HDMIs, a D-SUB PC port, and RS-232 control port, a component video input, a composite video input, a 12V trigger output, a stereo audio input and a 3D Sync output.

The projector features a built-in 3D transmitter, which you can take advantage of from the get-go thanks to a single pair of active-shutter glasses included in the box. The glasses go some way towards justifying the extra £300 the W3000 costs over the W2000 – provided you’re actually interested in 3D, of course!

You can also get an optional wireless HD system for the W3000, which would enable you to transmit HD video from source to the projector.

The W3000’s basic picture specifications find it rocking a Full HD single-chip DLP engine capable of hitting a peak brightness of 2000 lumens and a contrast ratio of 10,000:1. This contrast figure is slightly down on the W2000’s 15,000:1 – although as noted in the introduction, the W3000 certainly makes up for this in the form of some extras that the W2000 lacks.

Heading up the feature list is the Cinematic Color system. First seen on the W2000, this technology claims to deliver a picture that gets very close to the Rec. 709 video industry standard right out of the box.

It’s built around a series of manual calibrations of every W3000 on the production line; software optimisation of the blacks, whites and greys; plus a specially angled 6x speed RGB colour wheel, which has been coated in a new type of phosphor found to deliver the most accurate colour results.

Cinematic Color did a very credible job on the W2000, so there’s no reason to assume it won’t be at least as useful on the W3000.

One of the W3000’s key features over the W2000 is Motion Enhancer processing, which can interpolate extra frames of image data to reduce common projection issues such as jitter, blurring and image lag. Some will argue that this feature is at odds with the Cinematic Color tool, given that the sort of film fan most likely to embrace Rec. 709 accuracy won’t be inclined to use motion processing. Personally, though, I’m happy to keep an open mind – for now.

The W3000’s video processing also includes “enhancers” for both colour, detail/sharpness and flesh tones. Again, these are arguably at odds with the Rec. 709 idea, but I’ll refrain from making a prejudgement.

The W3000 is impressively flexible for a £1,099 projector. Particularly gratifying is the discovery of a generous 1.6x optical zoom, and both vertical and horizontal image-shifting to help you achieve the best picture possible, whether your projector is sat above, below or to the side of your screen’s centre.

The W3000 is also packed with picture calibration tools, including management of the six primary and secondary colours as well as white balance and gamma controls. So substantial are its setup aids, in fact, that the projector has been endorsed by the Imaging Science Foundation (ISF) as a model that can be professionally calibrated by one of its engineers.

However, most of these features are redundant with the existence of an accurate Rec. 709 mode right out the box. And so it proves for the most part, with the Cinema (Rec. 709) picture preset doing a superb job of delivering not only impressively accurate colours, but also a well-nuanced and balanced image with minimum input from you.

The only suggestions I’d make are that you reduce the brightness by a couple of notches to slightly improve black-level response; turn off the projector’s noise-reduction system (which oddly defaults to be on even in the Cinema mode); and perhaps change the lamp setting from Normal to Smart Eco to slightly boost black-level response and reduce running noise. 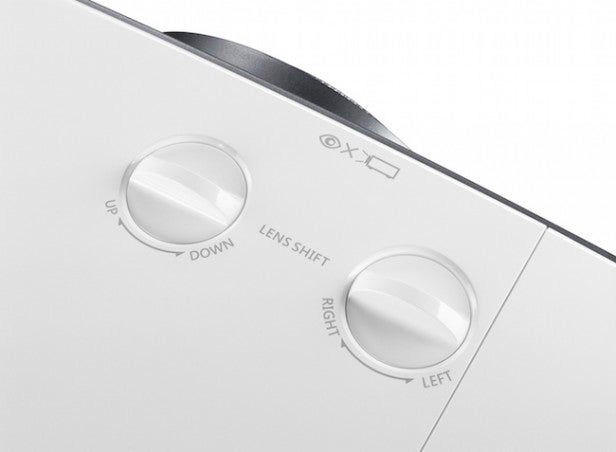 I said “perhaps” in the previous paragraph because some purists may not want to introduce a feature that essentially adjusts the image’s light output continually based on analysis of the image content. In my opinion, however, the Smart Eco lamp feature is handled so sensitively by the W3000 that the positives comfortably outweigh the rare occasions where you might actually feel distracted by an over-obvious jump in brightness.

Even the W3000’s motion processing system isn’t an absolute no-go zone. So long as you don’t run it higher than its Low setting, it can reduce the appearance of judder without reacting unfortunately with grain or causing excessive haloing around moving objects. In both these respects, it far outperforms the motion processing systems found at this price point.