Life is Strange is a point-and-click game that will remind players of the Fighting Fantasy and Choose Your Own Adventure books – well, those who old enough to remember them. If you never owned one, imagine a story in which you are the hero in an adventure and unlike other books, which are presented in a linear pattern, you flip back and forth between the pages based on the choices you make as the narrative unfolds.

It’s similar to Telltale Games’s Walking Dead series, in which the narrative branches based on the choices you makes. But crucially, Life is Strange – developed by French studio, DontNod Entertainment – allows you the option of going back on some of the choices they make. In a way it’s akin to sticking two or three fingers between the pages of a Choose Your Own Adventure Book to hold your places in case the choices you’ve made end up leading you down a path that proves detrimental to your wellbeing. 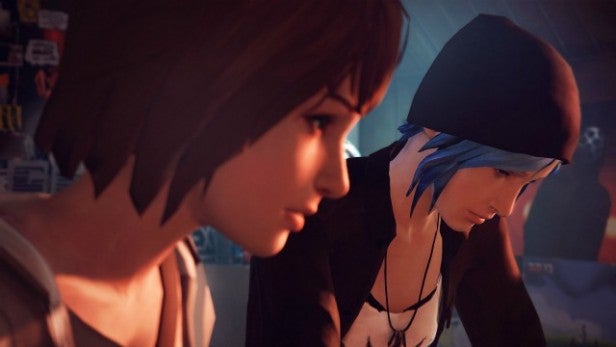 In Life is Strange, you take on the role of a shy wallflower photography enthusiast named Maxine Caulfield who suddenly gains the ability to rewind time – a mechanic that’s reminiscent of the memory-altering power that featured heavily in DontNod’s last game, Remember Me. The reasons for Max’s newfound ability are muddy narratively, but from a gameplay standpoint it means you can take a second shot at nearly every single encounter you have with an NPC in the game. If, for example, you come across a character that challenges Max’s knowledge about famous photographers and you get the answer wrong on the first try, you can just rewind the conversation and have another go.

Sounds like cheating, right? In a way it is. But the developers of Life is Strange have gone to great lengths to make sure that no matter how many times you rewind Max’s narrative, she’ll arrive at the same endgame. In some scenarios there appears to be no ‘right’ outcome Max can produce with her time-bending power. The game also notifies you when there will be consequences for Max if she tinkers with time in a certain way. And the twists and turns that get Max to the end of every episode of Life is Strange will vary from player to player, but the narrative arch will remain the same. 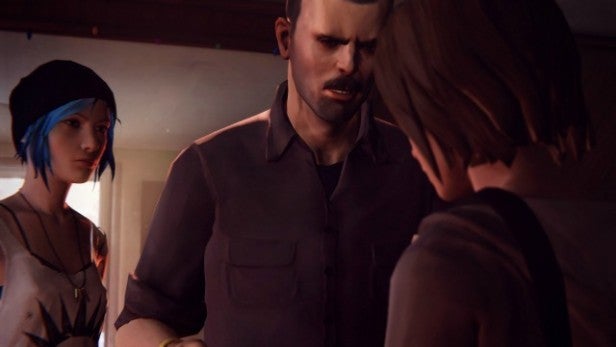 Max’s time control power isn’t just a narrative tool, incidentally. You will also use it to solve puzzles in the game – such as using it to remove a trio of snooty girls from her path to her dorm room or moving obstacles out of her way as she climbs a hill towards a lighthouse.

Incredibly all this time bending this doesn’t affect the overall narrative progression in each episode. While your choices do have an impact of Max’s fortunes in the story, they don’t dictate the general outcome – at least in the first episode anyway. Life is Strange offers a boatload of replayability given its branching plot mechanic and the fact that you can switch narrative tracks on a whim. But every episode reaches – so we have been told – a conclusion that dovetails into the story’s central plot.

That plot, by the way, kicks off with Max running up a hill and staring at a hurricane poised to destroy her hometown. The game’s narrative unfurls itself in flashback. Both you and Max are aware of what’s to come; the game’s trump card lies in the way the progression between the beginning and the end of Life is Strange can be fractured by the choices you make. 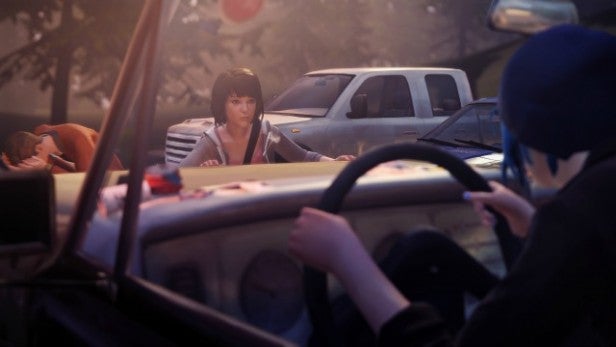 The story of Life is Strange revolves around Max reconnecting with her hometown of Arcadia, Oregon and her former best friend Chloe. But in the first hour or so of playing Life is Strange, you pick up on the fact that a popular girl named Rachel Amber has disappeared and everyone who knew her has a different theory on why and how she vanished. Rachel, apparently, fitted in with everyone, from the jocks and cheerleaders to the outsiders and freaks and there isn’t a soul in Arcadia that doesn’t seem to miss her.

Her disappearance has also had a profound impact on Chloe – it was Rachel whom she turned to when Max left Arcadia for Seattle and from the way Chloe talks about her, it’s clear her relationship with Rachel went significantly beyond mere friendship. Rachel looms large over the game’s narrative; she’s just a face on a poster in Life is Strange: Episode One, but the number of times you will come across her printed visage lends credence to the notion that she’s is a linchpin player in Life is Strange. 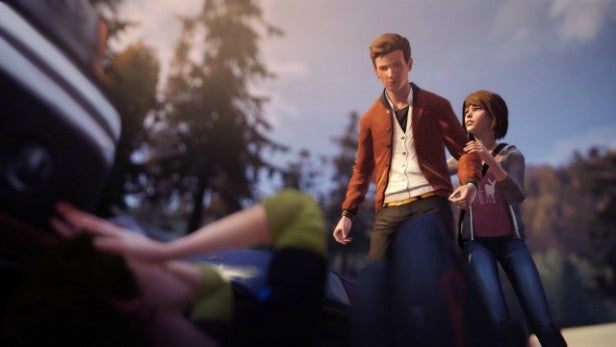 In a way Rachel feels like Laura Palmer in Twin Peaks. Here is a beloved character at a Pacific North West school that disappeared under shady circumstances and while she hasn’t wound up on the shores of Oregon wrapped in plastic (yet!), her very disappearance is throwing her entire community’s balance out of kilter. It’s an intriguing space for you to navigate.

Life is Strange also owes a debt of inspiration to Gone Home, Fullbright’s atmospheric exploration adventure game. Like Gone Home, Life is Strange plugs players into the mindset of its protagonist to the degree where the outside world evaporates. As Max wanders the halls of her school and dormitory listening to indie rock and taking in her surroundings – flyers, schoolmates, posters and other scenery – Life is Strange envelops the player, planting them firmly in the shoes of this likable misfit. 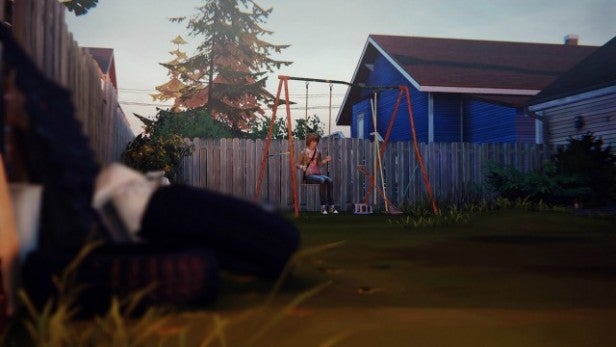 It has to be said at this stage that Life is Strange won’t appeal to everyone. A lot of the time you will get the very real sense that they aren’t so much playing a game as you are directing – and re-directing – scenes in an interactive television show. A lot of the story in Life is Strange is revealed in cutscenes and conversations, all of which are unskippable unless you’ve already witnessed them. Oh, and there’s the small matter that – at least in its first episode – Life is Strange isn’t exactly choc-full of high octane action; you don’t wade through rooms filled with enemies shooting them in the face. Story is key here and your enjoyment of this game hinges on your willingness to surrender to it completely.

Verdict
That having been said, if you are a fan of point-and-click adventures (or those Fighting Fantasy books from yesteryear) and a sucker for an intriguing, atmospheric yarn you’ll be right at home here. In fact, it may be just the sort of entertainment you’re looking for if you’re between TV shows.