What is the AVerMedia ExtremeCap U3?

Capturing video-game
footage has become increasingly popular among gamers, and the rise of
YouTube means that everyone now has the opportunity to record their best
Grand Theft Auto V stunts and Call of Duty kill cams. But,
with the sheer number of capture devices on the market, it’s become a
minefield of brands, models, connections and prices.

Thankfully
we’re here to help. We’ve spent some time putting the AVerMedia
ExtremeCap U3 through its paces. Could this be the affordable high-end
video-capture device you’ve been looking for?

Before
I dive into the details, you should be aware that the ExtremeCap U3 is a
USB 3-compatible device only and so will require some fairly serious
processing power to get going. If you’re a YouTuber working with a MacBook Air or similar, then you’re better off looking elsewhere.

AVerMedia’s
website features a handy tool that will allow you to test
compatibility; we recommend you do this before diving in and buying the
U3.

If you’re confident that your rig can handle the ExtremeCap
U3 then setup is simply a matter of hooking up an HDMI cable from the U3
into your console of choice and then connecting the U3 to your PC – and
that’s it, you’re ready to record. 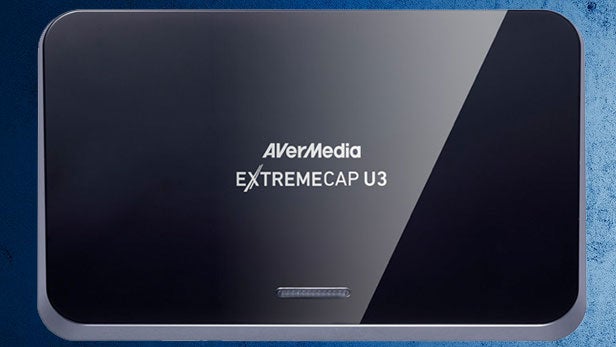 The
ExtremeCap U3 offers 1080p 60fps recording straight to your computer,
with live monitoring through RECentral – AVerMedia’s in-house capture
software. While we were a little sceptical about AVerMedia’s claims that
the ExtremeCap U3 is lag-free, in all our time using the device we have
found this to be 100% true.

Essentially, this means
you can use your PC rig as your main display. If you’ve spent hundreds
of pounds on an amazing iMac or PC monitor then it’s only logical that
you’d want to use it as your gaming screen too, so it’s great to see
AVerMedia making this an affordable, simple process.

However, there are some considerable downsides of which you should take note.

Firstly,
if you’re live streaming with a virtual camera or some other means of
displaying your face on-screen as you play, it will take up some of your
game screen and block it from view. It isn’t a huge deal, but can
become quite frustrating if you do this regularly.

Another big
issue, and one that could be a deal-breaker for some, is the lack of
HDMI pass through. If you’re used to playing CoD on your 46-inch LED TV
as it records to your computer, then you’re out of luck with the
ExtremeCap U3.

A possible workaround would be to invest in an HDMI splitter, but we
always find it difficult to sing the praises of a product that needs to
be modified, or have additional accessories bought for it, in
order to function. 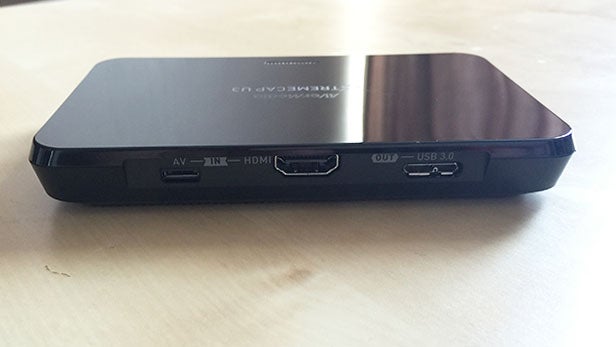 So how does this little black box stand up against the competition on looks?

The
ExtremeCap U3 is a small, glossy black box with a single LED on the
edge and three ports round the back (HDMI, USB 3 and Mini USB for the
supplied component cable). Although it’s larger than the Elgato HD60 and considerably weightier at 345g, it looks nice and would sit happily next to any games console or PC rig.

Of
course, capture quality is the most important consideration here and,
providing you’ve jumped all the hurdles of compatibility and the lack of
HDMI pass through, you’ll get some solid performance from the
ExtremeCap U3. It captures 1080p Full HD content at 60 frames per second
with ease.

Compatible with almost all consoles, the U3 can
handle non-HDCP-protected signals such as the Wii U, Xbox 360, Xbox One
and PS4 (once the settings are tweaked), while protected devices such as
the PlayStation 3 will require the use of a component video adapter,
which is supplied in the box. 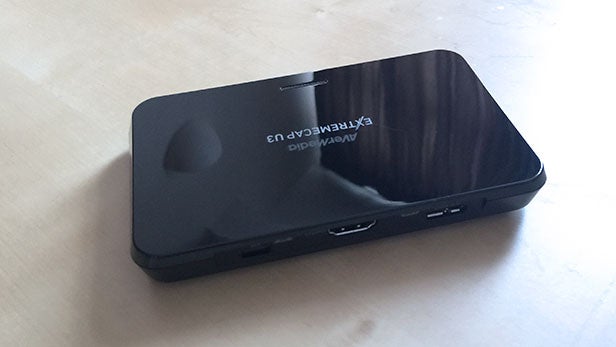 Recording footage from the Xbox One, PS4, Wii U and PC was a smooth experience, and streaming was just as satisfying.

AVerMedia’s software RECentral is free to download and, while light on features, it’s
simple to use, offering a smooth experience overall. Voice
commentary can be captured at the same time as video and is saved as a
separate file – a nice touch. You’ll also be happy to find a
TimeShift function, which allows you to rewind and start recording from
buffered footage.

Experienced streamers may be disappointed by RECentral’s
lack of tools, but will be happy to discover that a few months’ free membership to XSplit
Broadcaster is bundled in. This is a fairly impressive streaming suite, offering tweaks such as dynamic text and 3D
backgrounds to spice up your next stream. Those who are new to video capture won’t have any complaints with RECentral, however.

Should I buy the AVerMedia ExtremeCap U3?

The
problems with the AVerMedia aren’t with the capture quality so much as
the process itself. If you’re happy to use a single monitor for capture
and play – and you have a robust computer setup – then the ExtremeCap U3
is a great little device available at a decent price. If you’re looking
for something to use on the go with your laptop, however, and can’t do
without HDMI pass through then you’ll simply need to look elsewhere.

Overall the ExtremeCap U3 is a good device but, unfortunately, only suited to one group of players.