Poor battery life has plagued smartwatches since their release. The first ZenWatch lasted about a day on a full charge with minimal use but things have changed slightly with the new version. I found the ZenWatch 2 lasted two days comfortably on one charge. After two days usage, the battery went from 100% to 35%, so you could probably squeeze two and a half to three days out of it with minimal usage. I was using it for checking the odd notification, controlling music playback on my commute to and from work, and sending some replies to messages. The brightness was set at 3/5 and the screen was in ’always on’ ambient mode. More intense usage with the brightness set higher will likely give you a day and a half.

The 400mAh Battery in the large version of the new ZenWatch is only marginally bigger than the 370mAh one that came in the first model. If you go for the smaller ZenWatch 2, you get a 300mAh battery, which is likely to reduce the amount of on-time slightly. Although with a smaller screen it may not make a lot of difference and without testing it, I can’t say for sure. 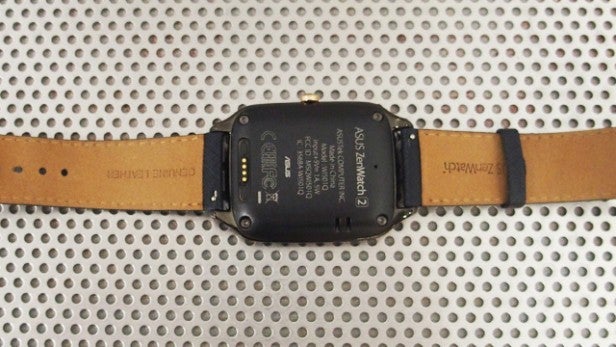 Overall, the ZenWatch holds up in comparison to other options on the market but therein lies the problem. Battery life on smartwatches needs to improve if they are to be adopted more widely. Having another device to charge every night isn’t going to win people over and the ZenWatch 2 does little to improve things in this area, although it does manage to improve on the first generation model.

Still, Asus has tried to make the charging process as easy as possible by doing away with the charging dock and replacing it with a magnetic cable. The pogo charger cable clips into the back of the watch and plugs into any USB outlet on the other end. Asus provides you with a mains adapter too. It’s much easier than using a dock as it takes up less space and means you don’t have to worry about losing another part.

Recharge times are also dramatically improved in comparison to the 2014 model. Asus claims the ZenWatch 2 will charge 35% faster than the first generation ZenWatch, and having used it I can say that this seems about right. The watch went from almost dead to 100% in around 40 minutes.

Should I buy the Asus ZenWatch 2?

As with most things, whether you should by the ZenWatch depends on what you’re looking for. Those in the market for a great fitness tracker should look elsewhere, perhaps to the Moto 360 2 or any of the fitness trackers from Withings. The ZenWatch 2’s stylish design and lack of a heart rate sensor puts it squarely in the smartwatch category, as distinct from the fitness tracker group. 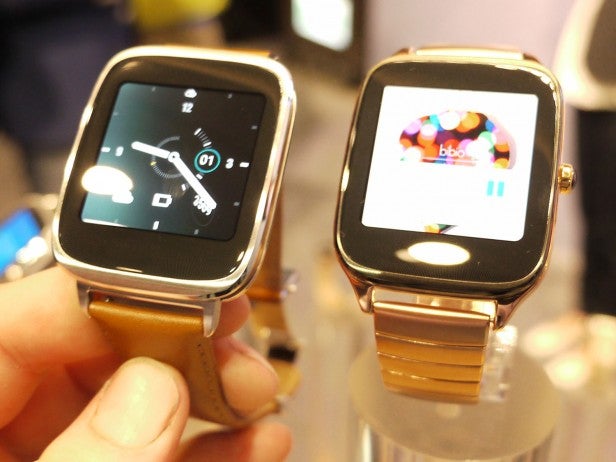 For those who are looking for a device in the smartwatch category however, you can do a lot worse than the ZenWatch 2. What’s most striking about it is how good it looks for such a low price. If you’d shelled out for an Apple Watch and it came in the ZenWatch case you wouldn’t be disappointed. Asus really has created a sleek gadget, and if you’re looking for your first smartwatch, the ZenWatch 2 provides a low-cost way of testing the waters while maintaining quality.

Compared to the first generation model, the ZenWatch 2 also benefits from an evolved Android Wear. There’s more apps, things work quickly and easily enough, and the addition of a physical button also adds style as well as functionality. Asus’ device pretty much matches higher end smartwatches in terms of hardware as well, meaning you get the same performance as a pricier wearable. It’s worth bearing in mind however, that the ZenWatch works best with Android, so if you’re an iPhone user you may want to opt for the Apple Watch (although further Android Wear updates may add more iOS compatibility options).

The ZenWatch 2 isn’t going to drag smartwatches fully into the mainstream, but Asus has made a stylish, affordable device which improves upon the first ZenWatch in all the areas that count.