Is the Asus ROG Zephyrus S GX502 good for gaming?

Whether you pick up a monitor for gaming or not, the ROG Zephyrus S GX502 is a hungry beast.

The review sample I was sent came with a 9th gen Intel Core processor, a i7-9750H processor (six cores, clocked to 2.60 GHz, boosting up to 4.5GHz) and a laptop version of Nvidia’s GeForce RTX 2070 graphics processor.

Intel’s latest laptop CPUs promise best performance ever, and Nvidia’s 20 Series of GPUs all support real-time ray tracing, a new and emerging graphical trick which better simulates the effects of light sources on objects in games.

While you can pick up laptops with an RTX 2080, which offers a better performance than the 2070, if you’re interested in playing around with ray tracing on a gaming laptop, then for the time being, a system with a 2070 may actually be a better choice. Systems with a 2080 connected to a 1080p Full HD display can’t activate ray tracing with DLSS (deep-learning super sampling), so if this is something you want to experience on a laptop right now, avoid getting anything with a 2080 and a Full HD screen.

Out of the box, Nvidia’s Optimus technology, which sees the GX502 dynamically switch between using the integrated graphics (Intel UHD Graphics 630) of the i7-9750H, or the Nvidia graphics is turned on. You can toggle this so that the dedicated GPU is always running the show, but of course in doing so, you’re going to eat through the battery far more quickly.

Petrolheads will be pleased to know that the following games benched well, with old school racing game Dirt Rally mustering over 100fps on average. 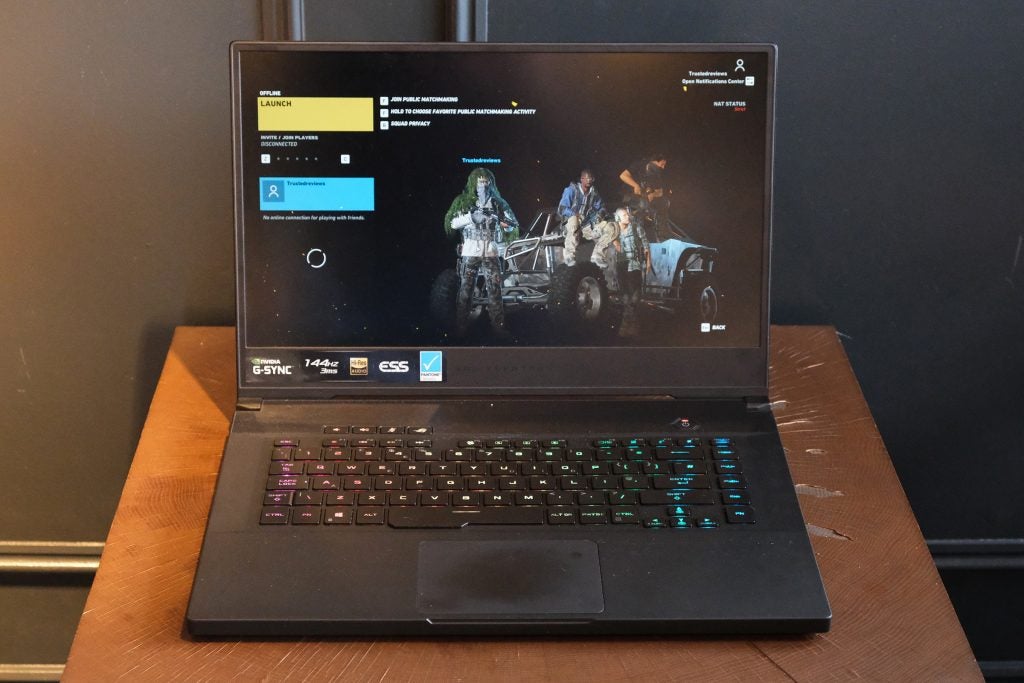 Want to play some Ghost Recon? Then bring your mains adapter with you.

Shadow of the Tomb Raider

Ashes of the Singularity (DirectX 12) 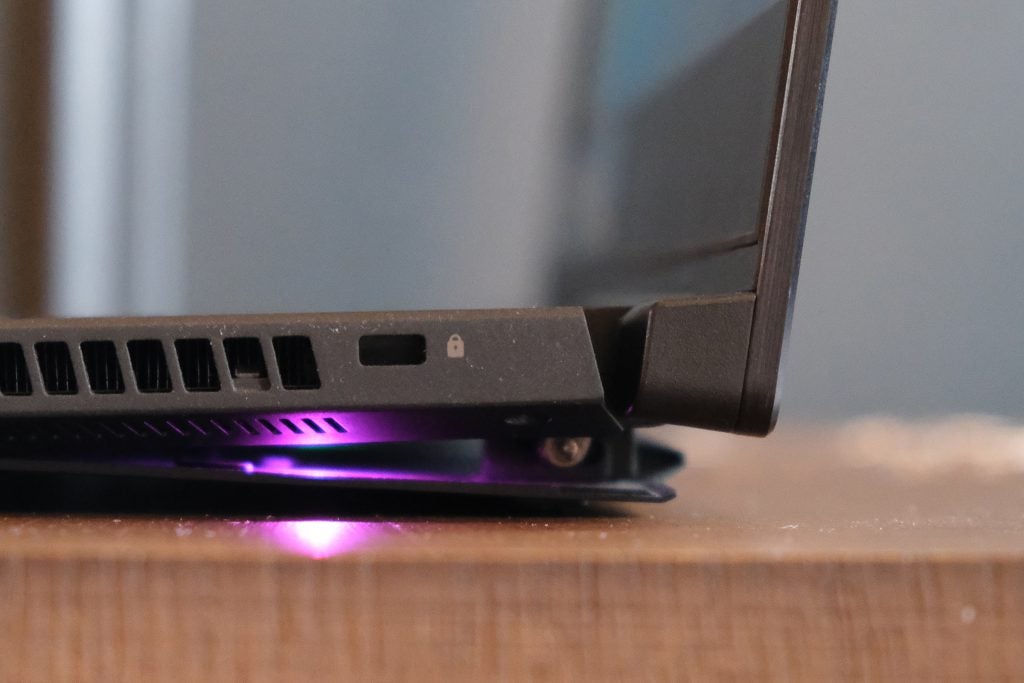 The hinged design not only allows for hot air to escape the GX502 more easily, but it also means ambient RGB light can illuminate your desktop