Rogue is a lot like Revelations – the slightly messy capstone to the Ezio trilogy that Ubisoft put out in 2011. It’s as much an expansion as an actual new game, repurposing the engine, mechanics, and some of the same locations and assets as Assassin’s Creed III and the brilliant Black Flag, but with an all-new storyline.

There’s a lot of scampering around America’s North Atlantic coast, the wildernesses of New England and New York City in the style of AC3, plus a whole bunch of sailing, sea-battles and plundering in the style of Black Flag. If you’re familiar with the latter, then Rogue gives you more of the same. 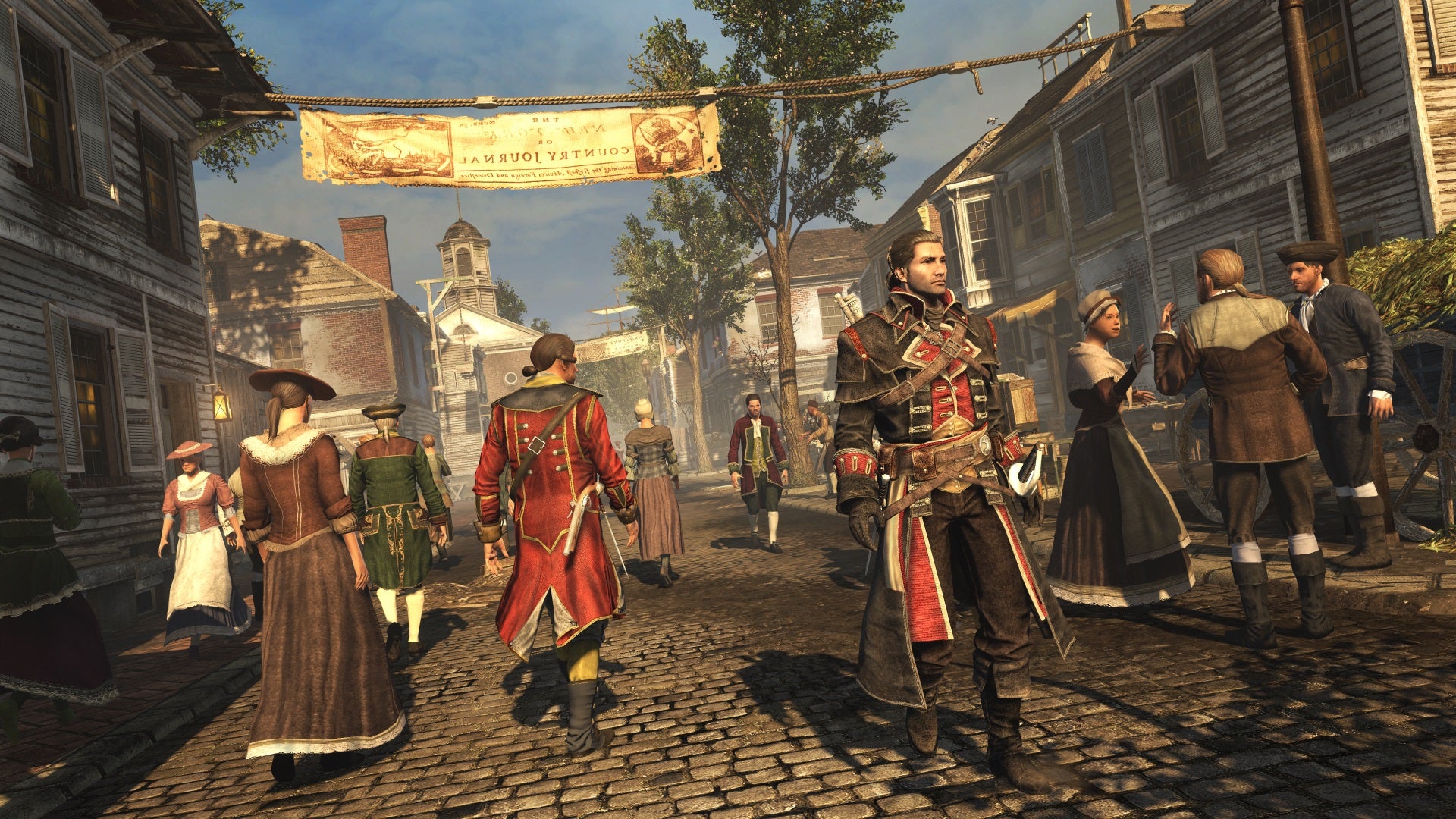 Only there’s a twist. Rogue is a grimmer, darker tale, mixing things up by covering the adventures of a renegade assassin. The action bridges the gap between Black Flag and Assassin’s Creed III, beginning with Irish American assassin, Shay Patrick Cormac, apprenticed to Achilles, Connor’s mentor in the first of those games.

Shay is trying to make his mark in the brotherhood, becoming captain of a ship and battling British and Templar forces in the nascent USA, when a catastrophe causes him to question his beliefs. Years later we rejoin him, as he seeks revenge on his once comrades, joining forces with the Templars to stop the Assassins in their tracks.

This changes some of the dynamics of the game. Where as an assassin you might be stalking Templar targets, here you’ll find yourself defending them, picking off the Brotherhood’s killers before they strike. At times you will be the target, listening out for the whispers of your would-be murderers, stopping them before they put a stop to you.

Part historical conspiracy thriller, part deadly game of cat and mouse, Rogue is arguably more entertaining while on land than either ACIII or Black Flag – a game that was always at its best on the open water.

Rogue also throws in some handy new toys, including a multi-purpose grenade launcher and a silent air-powered sniper rifle used to dispense tranquiliser darts and drugs that make your foes go berserk. Your ship – the Morrigan – gets some tasty kit to boot, not least some heavy artillery, a brutal battering ram and a primitive rapid-fire cannon. 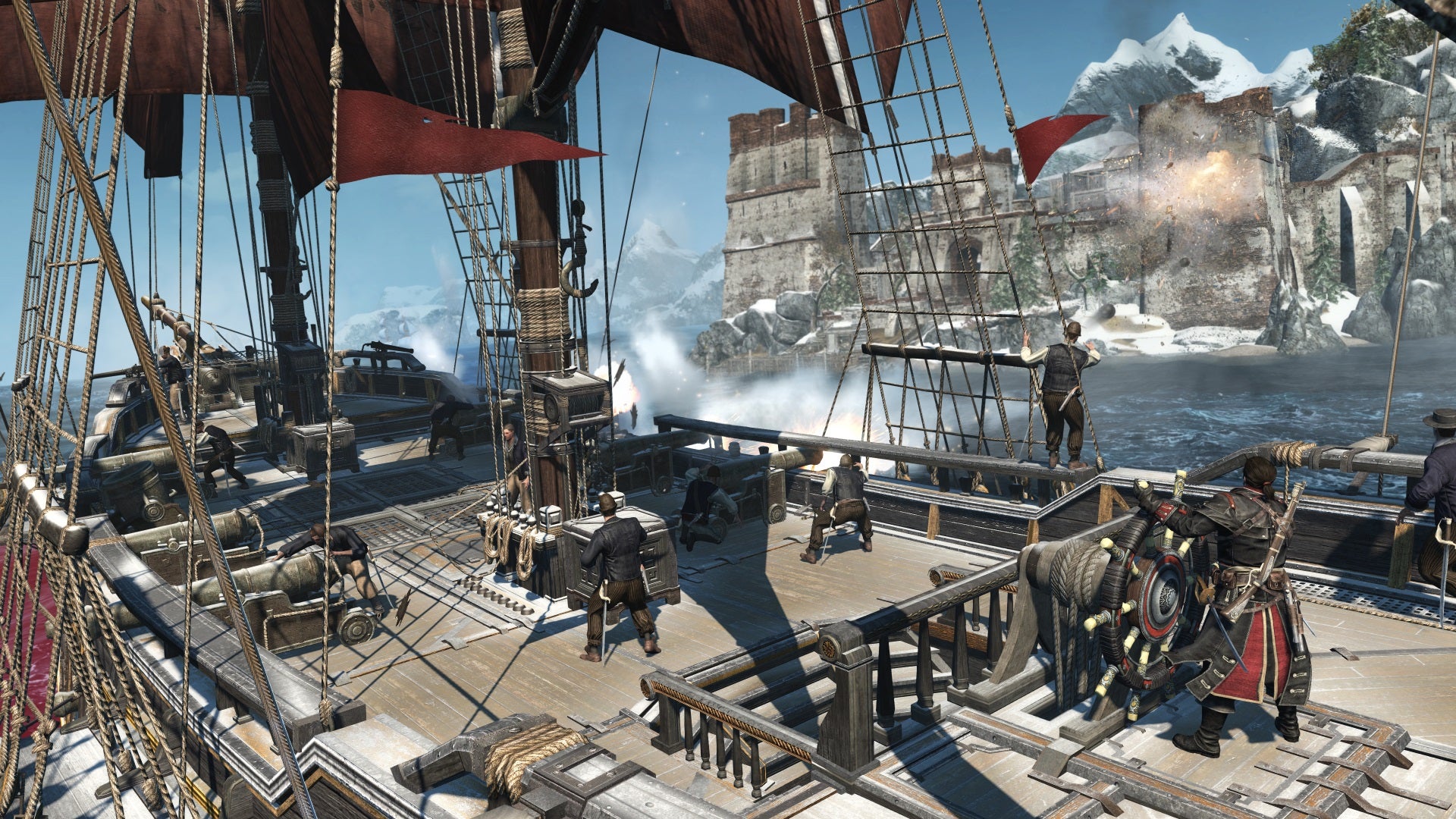 After a slow start Rogue settles into its pace pretty well, the action skipping from naval skirmishes in the ice-cold Atlantic to coastal fortress takeovers and tense story-pushing missions in the streets and on the rooftops of New York.

As with ACIII, there are almost too many activities – but Rogue takes an all-you-can-eat buffet bar approach: have what you want, leave what you don’t behind. You need to do a certain amount of piracy or whale-hunting just to make enough cash to upgrade the Morrigan and Shay’s personal gear, but nobody is forcing you to make barrels or sweep through every icon on the map. And in Shay, Rogue has one of the series’ more likeable protagonists, with his own way of thinking and his own interesting moral arc.

Cutting to the chase, this isn’t a bad Assassin’s Creed at all. The problem is that it doesn’t feel essential. This isn’t the fault of the remaster. As the last last-gen Assassin’s Creed, Rogue already looked pretty good, and while the facial modelling on the characters and the animation can look clunky – it’s surprising how many glitchy transitions between animations we used to put up with – HD textures and revamped lighting systems do a pretty great job of making Rogue look like a current-generation game. It’s particularly strong at sea, where the deep green waters and icebergs of a frosty North Atlantic make Rogue look like the winter version of Black Flag’s endless summer Caribbean cruise. At its best, it’s a work of stark, cold beauty.

In other areas, it hasn’t worn so well. It’s frustrating that there are so many trees, cliffs and walls that you can’t climb. The counter-heavy melee combat now feels clumsy, particularly when you’re facing multiple enemies and can’t break away. Several hours in, I started blowing ships to bits and salvaging their cargo because I just couldn’t face another battle on the decks. 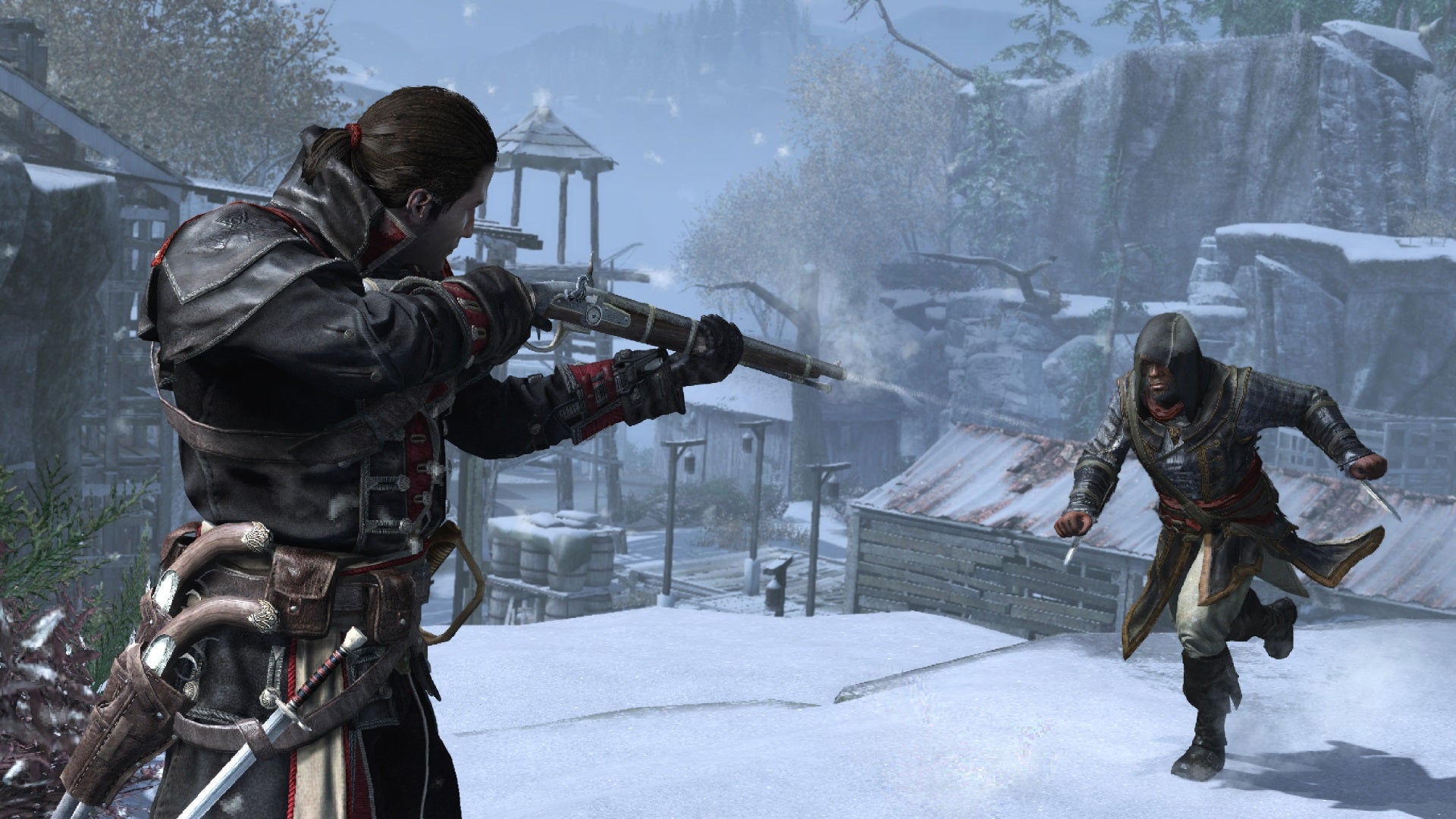 As with all the ‘American trilogy’ of Creeds, the low-level, architecturally dull cities just aren’t that much fun to race and sneak around. While the land-based missions are more varied and interesting than those in Black Flag or AC3, they’re still variations on extremely well-worn themes.

The way the map is divided into chunks with loading screens between is a real bore. Although Rogue has an interesting, experimental edge, you can see it’s a series in desperate need of the reinvention – of the type it got in Syndicate and Origins. It’s a compelling open-world adventure – most of the time – but the more you play, the more the repetition and frustration starts seeping through the timbers.

Verdict
Is the remastered Rogue worth playing? In the unlikely event that you’re a massive AC fan who’s never done so, then yes. Rogue fills in some of the gaps in the over-arching narrative and expands on characters from both ACIII and Black Flag. If you played and loved Black Flag and want a similar experience then, go on, fill your boots.

However, if you’re a more casual fan of the series then this is only the fourth-best Assassin’s Creed on current-gen hardware, and there are other, stronger open-world games around if you just want more of this kind of thing. It’s great to see Rogue return looking so good, but it seems destined to remain a side-story, not a classic chapter in the saga.