As with most affordable 3D displays, be they TVs or monitors, the AOC d2757Ph uses passive 3D. Just in case you’re not aware of the differences between active and passive 3D, let’s go over them quickly.

Passive 3D glasses are like the ones you get in most cinemas; they only cost a few quid per pair and are far lighter, making them more comfortable to wear. They also aren’t affected by fluorescent lighting, which causes flicker in an active system, and they don’t dim the picture as much. 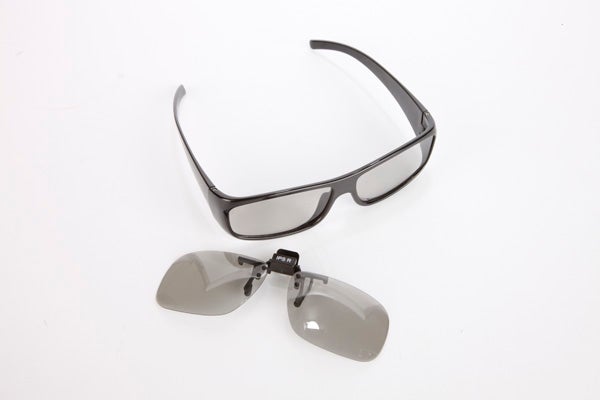 On the downside passive glasses don’t maintain the 3D effect very well when you move out of the sweet zone, whereas active 3D lets you view from pretty much any angle. Current passive systems also ‘cut the vertical resolution in half’, giving you a ‘scan line’ effect when sitting close (LG is altering this on its latest passive 3D televisions by using advanced interlacing).

Anyway, let’s get down to the three-dimensional nitty gritty on the d2757Ph. AOC kindly includes two pairs of 3D glasses, one regular set and one clip-on for those who already wear glasses.

The first is pretty comfy and seems reasonably well-constructed, while the second is genuinely nice, with a padded metal clip system that also lets you flip them up without detaching – much like those fancy clip-on shades you can find in pharmacies and opticians. These are a great value-add as they tend to cost at least £10 online. 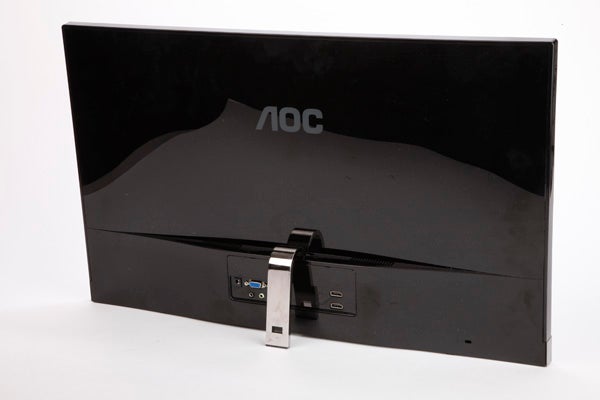 As long as you respect passive 3D’s limits, the d2757Ph provides a great 3D viewing experience for compatible movies, games and pictures. Even the 2D to 3D conversion usually works quite well; though there’s the occasional element that it gets wrong (as with any 3D upconverting system), it can give a genuinely enhanced feeling of depth given the right content. Conversion aside, you will need a system – whether it’s a 3D Blu-ray player, PC or Xbox/PS3 console – that can output 3D to get the ‘real thing’.

By pricing the d2757Ph at around £250, AOC has provided one of the most affordable ways to get into quality 3D – and by that I mean 3D on a high-quality IPS panel, rather than the cheap 3D TN-based small televisions and monitors with their atrocious viewing angles. When you consider that even 27-inch, Full HD IPS displays without 3D, such as the Dell S2740L, can cost more, the d2757Ph represents excellent value. 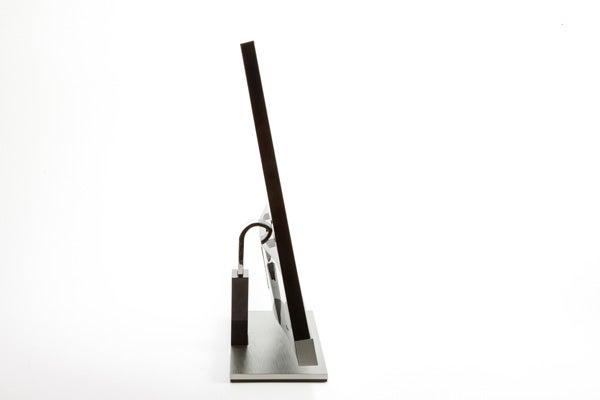 If, on the other hand, 3D doesn’t rock your boat and you don’t need extras like the d2757Ph’s ‘double’ stand or audio output, you can get 27-inch IPS monitors for as little as £220. Still, for the extra £30 we’d definitely go for the full monty.

Until recently, if you wanted 3D on a monitor you had to put up with a TN panel and the poor viewing angles and average colour accuracy that entailed. However, with the IPS-based, passive 3D AOC d2757Ph, you can arguably have the best of both worlds for an affordable price. While its resolution is ‘only’ 1080p and its build quality isn’t stellar, the d2757Ph sports a stylish design, innovative double stand, connections galore and, more importantly, a great visual experience in 2D or 3D. It provides everything you need to get started on gaming or movies in that extra dimension, and even includes a pair of 3D clip-on glasses for spectacle wearers.