Keeping in mind that the d2757Ph is – for its size, panel type and features – a ‘budget’ monitor, it offers a generous range of connections, all of which face outwards to make them more easily accessible. The stars of the show are dual HDMI 1.4 inputs, which can be connected to a DVI output using a cheap adapter. This is followed by good old VGA for the analogue-inclined, along with 3.5mm audio in and out – yes, this monitor does have in-built speakers. 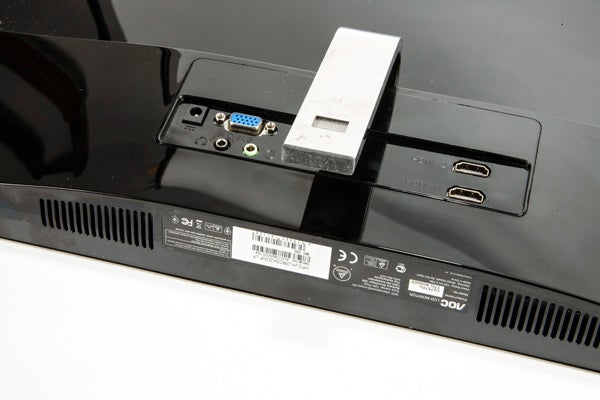 As is usual for inbuilt monitor efforts though, the d2757Ph’s stereo speakers are a tad rubbish. They only manage adequate volume levels if you’re sitting close by and lack punch, detail, and crispness. Bass is also noticeable only by its absence.

They’re just about good enough for a YouTube video or two, but for anything more you’re better off using even a cheap set of headphones or running a set of external speakers.

As we’re seeing on more and more devices these days, the d2757Ph eschews physical buttons in favour of a touch-based system. Thankfully, the little black icons are clearly visible on the brushed-silver backing, but as they’re not backlit, trying to control this screen in the dark becomes a bit of a nightmare. Still, at least they’re responsive and sport intelligent shortcuts – including one that activates the built-in 2D-3D conversion.

The OSD (On Screen Display), meanwhile, is very nicely laid out and, while navigation isn’t quite as quick as it could be thanks to a few slow transitions, it’s intuitive and straightforward. All the settings you could possibly want on a consumer display like this are present, with niceties like Overdrive control, Gamma settings, Dynamic Contrast adjustments, and colour presets including sRGB. 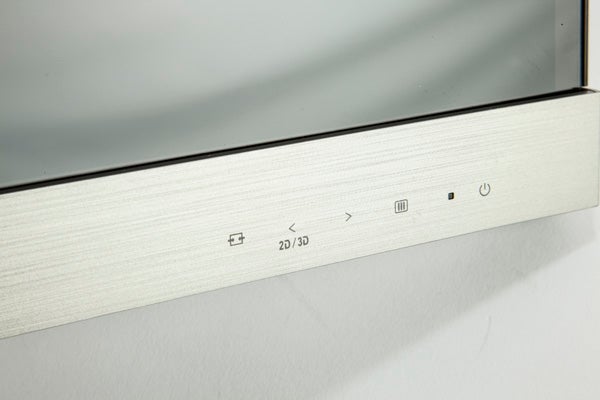 We would have liked to have seen colour temperatures also in degrees rather than just Cool, Warm and the like, but on this type of entertainment-oriented monitor it’s easily forgivable. And while AOC’s OSD implementation here pales compared to the dynamic system found in the Dell S2740L, it’s still one of the better attempts we’ve come across for users of all levels.

As with the Dell S2740L, image quality of this 27-inch IPS panel is pretty good but, as with that display, seeing a 1,920 x 1,080 resolution on a monitor this large (after becoming accustomed to Retina-like screens on many phones and tablets) is a little painful if you sit close. 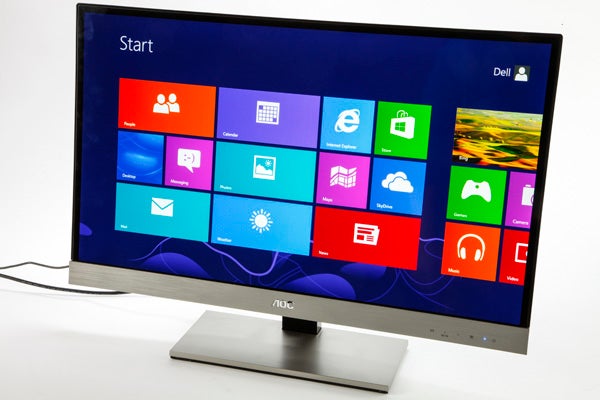 Text and icons might seem slightly jaggy, and everything will appear a little less sharp than on one of the more expensive 27-inch monitors offering a whopping 2,560 x 1,440 res. On the other hand, after a while you do get used to it, and the pixel pitch is still far superior to a 32-inch or larger Full HD TV.

The excellent viewing angles characteristic of an IPS panel are present and accounted for, with only a minor bit of contrast shift when looking from the top – an unlikely scenario. Colours are bright and vibrant while blacks remain relatively deep, both aided by the AOC d2757Ph’s glossy front layer. Again just like the S2740L though, this does cause annoying reflections in environments with ambient lighting. 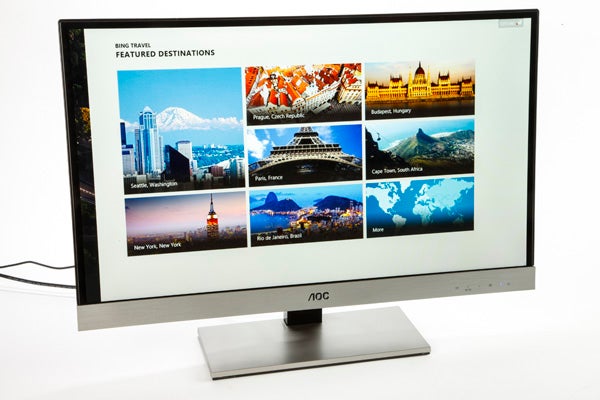 Dark detailing is also excellent, with even the subtlest shades being easy to distinguish. There’s no obvious backlight bleed or clouding spoiling the party either, though since we were looking for it, we spotted some very minor bleed from one corner, and backlighting wasn’t quite as even as on the Dell S2740L.

For gaming on the d2757Ph, with its 5ms GTG response time, is one of the better IPS monitors around, though it still won’t match active 3D monitors that offer 120Hz and even faster response times.