Until now, 3D on a desktop monitor meant compromise. The only 3D monitors with consumer-friendly prices – such as the Samsung Series 9 SyncMaster TA950 – used cheap TN panels, which offered very fast response times but also suffered from the poor viewing angles and questionable colour fidelity that generally go with TN panel technology. However, 3D in high-quality IPS panels is possible, as we’ve seen these in TVs like the Panasonic TX-L55WT50 for years.

Now, thanks to AOC, you can have that combination of excellent viewing angles and 3D on your desktop. The AOC d2757Ph is a 27-inch, Full HD IPS display with passive 3D and ‘3D upscaling’, stereo speakers, attractive styling, flexible stand options and decent connectivity, all for under £250. 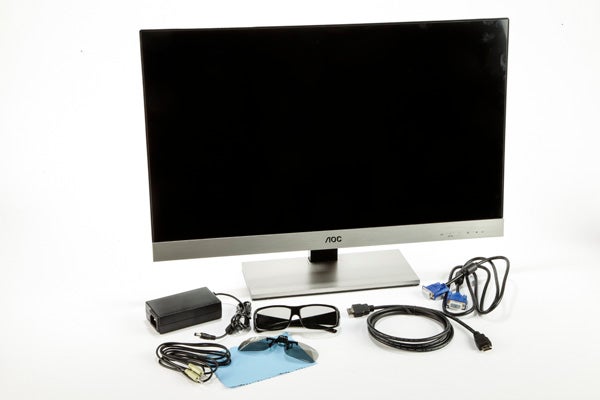 The d2757Ph comes securely packaged with all the bits you could need. There’s the monitor itself with attached ‘photo frame’ stand (more on this in a bit) plus the secondary stand in two parts. Then we have HDMI 1.4, 3.5mm audio and VGA cables, along with a massive power brick.

Last but not least, there’s a pair of 3D glasses along with a clip-on pair for those who already wear specs. While we wouldn’t have minded seeing an extra pair or two, passive 3D glasses are cheap, interchangeable and easily available, unlike their proprietary and more expensive active counterparts. Even the ones you can buy in some cinemas will work. 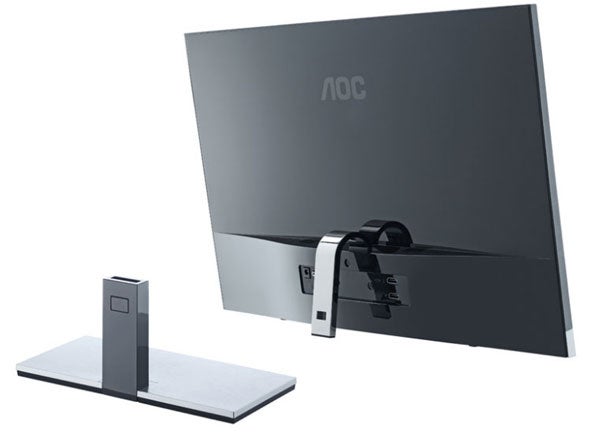 Assembly of the display is as easy as it gets; in fact, the monitor is good to go out of the box. If you want to attach the optional ‘second’ stand, assembling this is as simple as clicking its two parts together and tightening a thumb-screw, then simply sliding the monitor’s rear leg in.

Considering you’re already getting a 27-inch 3D IPS panel for around £240, you can’t expect it to be fashioned from premium materials. However, the d2757Ph is not only reasonably well-constructed for its price, but also looks very stylish. 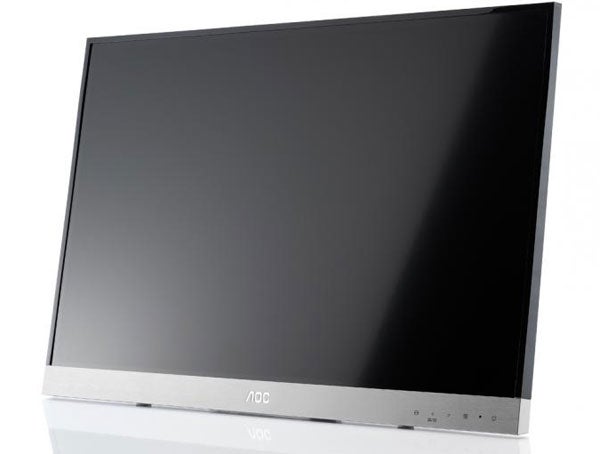 It also has a unique feature: the aforementioned secondary stand. You see, the AOC d2757Ph can be placed on its bottom bezel, making for a ‘photo-frame look’ with no gap between the base of the screen and the surface of your desk. Alternatively you can attach that second stand for a ‘traditional’ monitor look which places the screen at a greater height. While the former isn’t particularly ergonomic, it sure makes a great impression, and could be used to make a bit of a statement in a design-conscious office or home.

As with most affordable monitors this size you do miss out on ergonomic adjustments beyond tilt of 20 degrees, but then you’re less likely to want to pivot a 27-inch monitor anyway, and the dual stand system gives height adjustment of a kind… 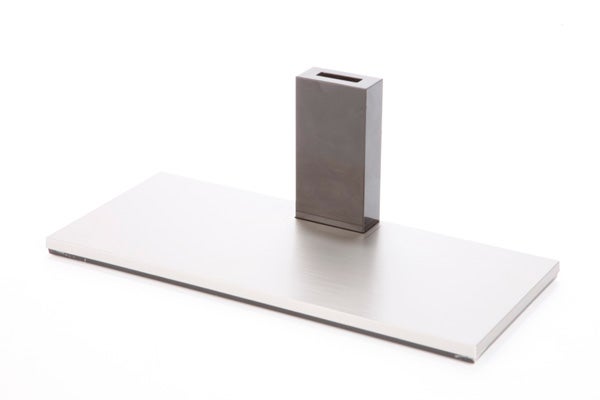 So innovative transformations aside, let’s talk design. The d2757Ph sports an attractive ‘frameless’ look, meaning a single sheet covers the entire front. The only thing breaking this seamless frontage is a silver faux-brushed-metal base, which adds a bit of flair to what would otherwise be an overly minimalist look, and makes for a nice spot to put the AOC logo without it detracting from the monitor’s visual appeal. Overall it comes across as sleek (the edge is around 10mm) and genuinely impressive.

The back of the AOC d2757Ph bulges out a bit in the middle where the connectivity is found and is finished in glossy black plastic. We’re less fond of this part of the design, but fingerprints aren’t as much of a problem on a non-touch monitor as on mobile devices. The connectivity ports face straight out which can be a little unattractive but makes it easier to get at them, and we’re big fans of function over form – especially on a part of the device most people won’t even see.

Speaking of form and function, the one feature that’s missing is VESA compliance for easy wall-mounting, however that’s only used rarely so we won’t criticize the d2757Ph too much for its absence. 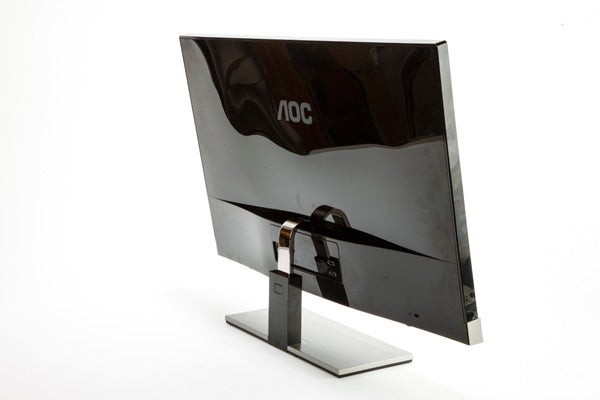 Build quality is just a bit below what you would expect even from an affordable monitor. The d2757Ph displays the occasional bit of flex or creak in its panels and the back especially is a bit too ‘flexible’. The main areas of concern would be the corners of the aforementioned faux-metal base, which come away with only a little pressure. Then again, monitors are hardly designed to move around a lot, and we experienced no lasting issues in our time with the d2757Ph.

The adjustable leg that holds the d2757Ph up when in photo-frame mode, or which slots into the secondary stand if you’re going down that route, is a gracefully curved metal affair with rubber at its base. The detachable stand is, if anything, better-built than the monitor. It sports a metal base, again with a silver faux-brushed-metal ‘cover’ to match the monitor’s lower part, while the stand is in the same angular glossy black style as the front of the display. The d2757Ph’s leg slots into this stand securely, and a button at the stand’s back releases it if you want to go back into ‘photo-frame mode’.