There are different icons and a new-look lock screen and notifications menus. But ultimately the Alcatel One Touch Pop S3 feels much like any other Android phone – this isn’t a bad thing.

We did find the interface a little bit glitchy, though. For example, at times the lock screen would refuse to unlock, requiring a reboot to actually get into the phone proper. 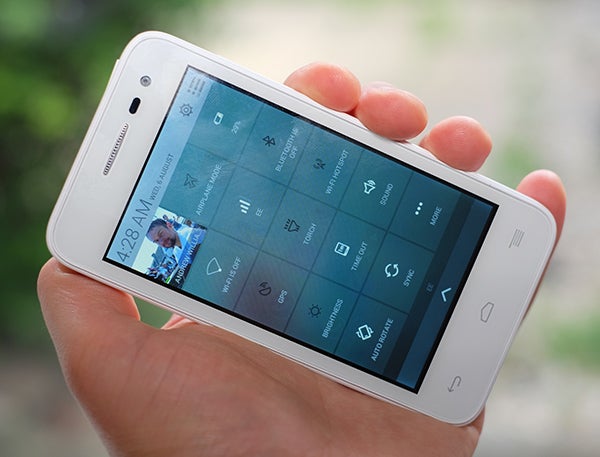 The Alcatel One Touch Pop S3 is also positively loaded with apps, bloaty apps. You get the classic array of Google apps, but also some EE fluff (in the UK at least) and a fistful of superfluous pre-installed apps.

These include Deezer, Amazon’s apps, a couple of old Gameloft games and a bunch of extra utilities to help your connect up your Alcatel One Touch Pop S3 to other devices.

It may seem helpful at first, but it clutters up the phone quite badly and eats away at the internal memory, leaving you with under 1GB of the initial 4GB to play with. There is a memory card slot under the back cover, but when only select apps can even be installed to SD, it’s most useful for keeping music on. 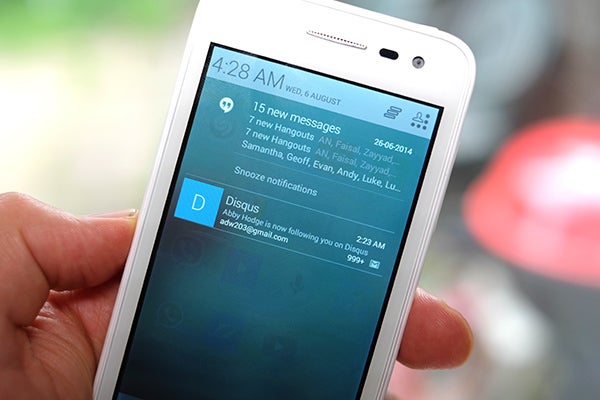 The Alcatel One Touch Pop S3 doesn’t give you an easy way to clear up your phone, either. You can’t delete apps from the apps menu, hide them from view or even put them into folders to save you flicking through four pages of apps every day.

Most of the apps can’t be uninstalled either, meaning you’re stuck with the bloat. 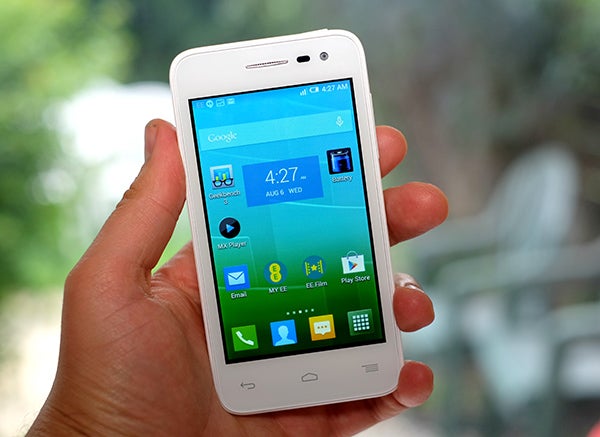 You do thankfully get Google Play, meaning it is at least easy to add your favourite apps. And aside from the odd weird glitch in the custom interface, performance is reasonable.

As much as Alcatel One Touch has pared back the screen, the Pop S3 still has a decent 1GB of RAM, which is one of the core requirements for a smooth Android experience in our opinion.

Its processor is great too. While advertised as having a MediaTek CPU by some places online, the UK version of the Alcatel One Touch Pop S3 actually has a Snapdragon 400 MSM8226. 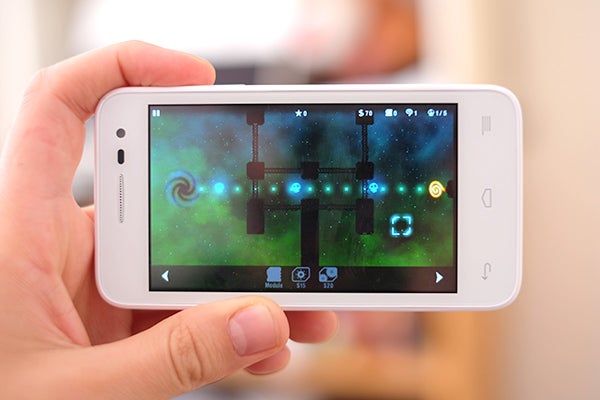 It’s a pretty powerful processor for an £80 phone, and comfortably outperforms the Snapdragon 200 CPU used in the Motorola Moto E, offering Geekbench 3 results of 1,125. That’s dead on what you get from the Motorola Moto G.

However, the phone has a serious issue — support. At the time of writing, none of our usual test games support the One Touch Pop S3. Real Racing 3 and Dead Trigger 2 don’t work with the phone, and there’s not enough memory to install Gameloft’s Asphalt 8.

For gaming, it’s pretty rubbish. Hopefully this will get better in the coming months, but thanks to the mediocre screen the Moto G and EE Kestrel will be still be much better for gaming.