The AKG N90Q are a pair of £1,299 headphones designed in partnership with legendary producer Quincy Jones. This is not the first time the two have buddied up though. The AKG Q701, which launched back in 2011, were a pair of similarly expensive open-back headphones built for the studio. They sounded fantastic, but they were a big ol’ pair of headphones to wear.

With the N90Q, AKG has the same goal. To deliver sumptuous sound quality even a hit maker like Quincy would be proud of using. This time, you’ll have to pay significantly more for the luxury, and it is most definitely a luxury. But if you have the money to spend on them, you’ll not be disappointed. 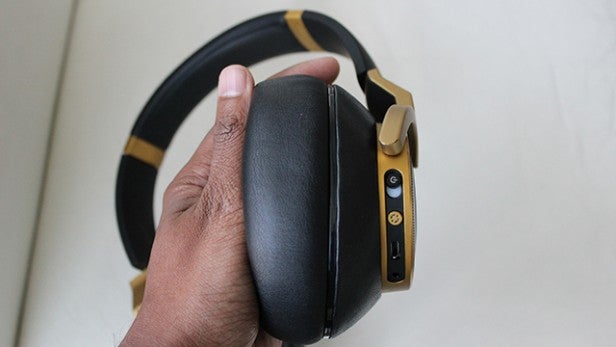 I wouldn’t wear these headphones outside, but that’s not a criticism on the look. It’s more to do with the size. These are headphones built for home listening and just a little too bulky to take out in public. Some might be put off by the gold and black colour combination on the limited edition model I tried out, but it’s actually not as tacky as it sounds. There’s also a more low-key black option, with less gold, which costs exactly the same as the limited edition pair.

The build quality, unsurprisingly for a pair of £1,299 of headphones, is fantastic and they’ve been designed for comfort. The oval memory-foam ear cushions are covered in leather and fit snug with no signs of irritation. There’s a good amount of padding just below the headband as well to reduce the pressure of wearing a 460g heavy pair of headphones. There’s plenty of metal on show here as well, with aluminium on the hinges, control ring and the ear cups. For such a big headphones, I didn’t feel like they were a strain to wear for longer periods of listening.

On the left ear cup, you’ll find a dial, which AKG says can control tone. Like a built-in EQ, rotating the dial lets you scroll through to adjust the bass and treble. Over on the right ear cup is the volume control dial, but below that you’ll find the most interesting feature. Just beneath the on/off switch for the active noise cancelling is a button to activate AKG’s “auto-calibration solution”. 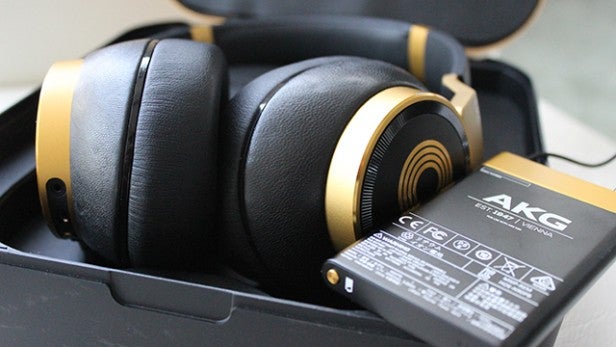 Using its proprietary ‘TrueNote’ technology, the headphones can perform active signal processing using two microphones in each ear cup that scan the anatomy of the ear. This calibrates the frequency and tailors the sound based on your hearing level and the shape of your ears. To activate it, you’ll need to hold the button for five seconds and then let it go. Within a second you’ll hear a short tone and then the music returns adjusted and perfectly suited to your ears. At least, that’s the idea.

But there’s more. The N90Qs also offer three different soundstage settings to further fine-tune and customise audio. The Standard mode disables digital signal processing, letting you tap into DTS and Dolby audio sources. In Studio, there’s a greater emphasis on delivering a more natural reproduction of tracks. Lastly, there’s a surround sound setting to get the greater separation, which is more common with orchestral music.

Just below the calibration button is the 3.5mm headphone jack and a Micro USB port. Along with the built-in DAC, that means you can enjoy lossless audio from streaming services like Tidal and QoBuz The outside of the right ear cup also acts as a rotating rotary volume control, giving you pretty much all the controls you’d could possibly want. Powering performance are 52mm drivers, which use a unique Japanese paper membrane to better align the driver and the ear canal, ultimately improving the overall sound quality. 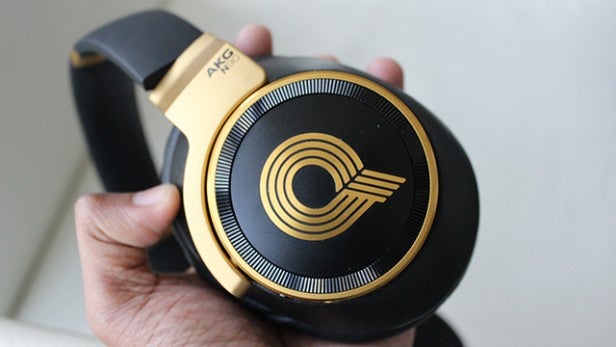 The headphones come neatly packed inside a sizeable, gold coloured metal case. Inside you’ll find three audio cables, a soft leather carrying case and a Powerbank. The latter is pretty important because unfortunately, these headphones need to be connected to a power source to work. You can power them up via a standard micro USB charging cable or plugging them into the supplied battery pack. The on/off button will light up red when you’re low, but it would be nice to have a clear indication of the battery status. AKG claims around 12 hours of playback off a single charge and that’s pretty much what I’ve found in my time with them.

In terms of cables, there’s no shortage here. Theres a 3-button remote/mic MFI audio cable along with a one for Android and Windows Phone users. You also get a micro USB charging cable and a three metre straight cable, which is better suited for studio use. There’s even a flight adapter, if you do want to take them out in public and put their noise cancelling powers to the test.

So what does a pair of £1,299 pair of headphones sound like? Well you’re probably not surprised to hear, they sound fantastic. I’d say that the N90Q are comfortably the best sounding headphones I’ve ever tried. Throw any type of music at them and you’ll get glorious results.

I tried listening from a series of different sources including an iPhone, Android phone and a Mac. I even plugged them into a Astell & Kern Jr high resolution music player. I struggled to find any issues across the board. They ooze with detail, bass is clean and well balanced. Mids and lows are both outstanding too. These truly are studio-grade headphones in every sense.

The TrueNote technology sounds gimmicky and I definitely had my reservations about how well it worked. But it really does work and you can instantly notice the improvement with the automatic calibration. It’s definitely more noticeable on live performances. I listened to a host of MP3 and high res audio and you can really get a sense of the intimacy in those performances. From reverberation in the piano keys to really getting a sense of when the vocalist moves in closer to the microphone. I was simply blown away with what I could hear. 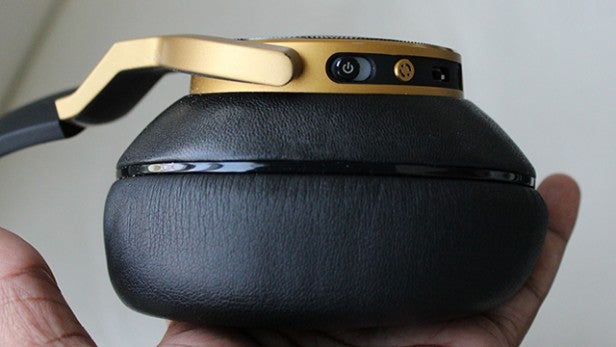 If I had one minor criticism it would be levelled at the stage control settings. They take a little more fiddling around to find the most appropriate soundstage. It does work, if you’re willing to go to the effort. But it’s the TrueNote tech here that really requires your attention.

It’s more good news on the active noise cancelling front as well. It’s not really surprise though having recently tried the excellent AKG N60 on-ears that the N90Q similarly excel in this department. I’ve sat in the office on many occasions with these on, and it’ll block out everything. If you want to sit back and listen to music uninterrupted, you can with these on. It’s a big step up from the Q701 headphones that’s for sure. 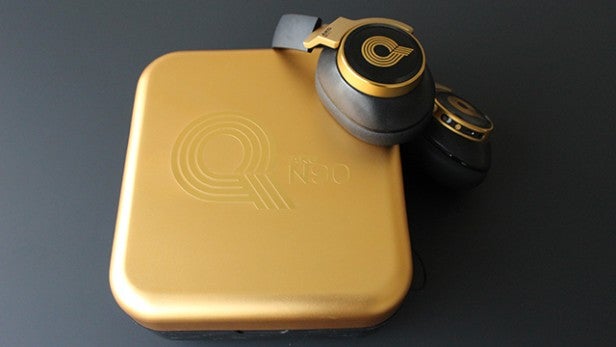 If you’ve got this far, then money is clearly not an issue when it comes to buying a pair of headphones. Bottom line, the AKG N90Q are some, if not the best sounding headphones I’ve ever tried. You probably won’t want to walk outside of the house with them, but if you have big pockets and want to plug them into your similarly expensive home audio setup or high res audio player, they fit the bill.

You could of course spend a lot less and get something better suited to your daily commute. There’s a whole host of headphones you could spend significantly less to make good commuting company. But these are a unique purchase and I don’t think anyone would be disappointed once they’ve got to grips with the calibration tools. Which doesn’t take too long.

I just hope AKQ can bring some of the same innovative features included in the N90Q to the rest of its range, because that’s what makes these headphones stand out.

While I wouldn’t wear them outside the house, the AKG N90Q are pricey headphones that sound fantastic thanks to some cutting-edge tech.