With the N200NC, AKG has crafted a pair of neckband headphones that offer plenty of detail and controlled bass. However, the tech inside is a little behind the times and they're not the cheapest, either.

The AKG N200NC are wireless earphones with a chunky neckband and active noise cancellation. AKG is a big name in audio in its own right, but these earphones have been released in association with Samsung.

Still, the AKG N200NC offer the expertly crafted sound we expect from AKG. However, at around £219, the tech inside appears a little behind the times; plus these aren’t the best  earphones for running.

AKG N200NC design – A comfortable pair of headphones, but not the most secure fit

The AKG N200NC are a wireless earphone aberration in a world of true wireless pairs. They have a thick and relatively rigid neckband. Its rear provides a degree of flex to allow you to take them off more easily – but this is the headphone equivalent of a horseshoe.

This means that the earphones won’t slowly creep off your neck, as can happen with less structured units. Such a design is sometimes used to suggest a pair of earphones is higher-end, as Sennheiser did a few years ago with the original Momentum In-ear Wireless.

AKG follows in a similar vein with the N200NCs. Each end of the neckband is textured aluminium, as is half of each earpiece. 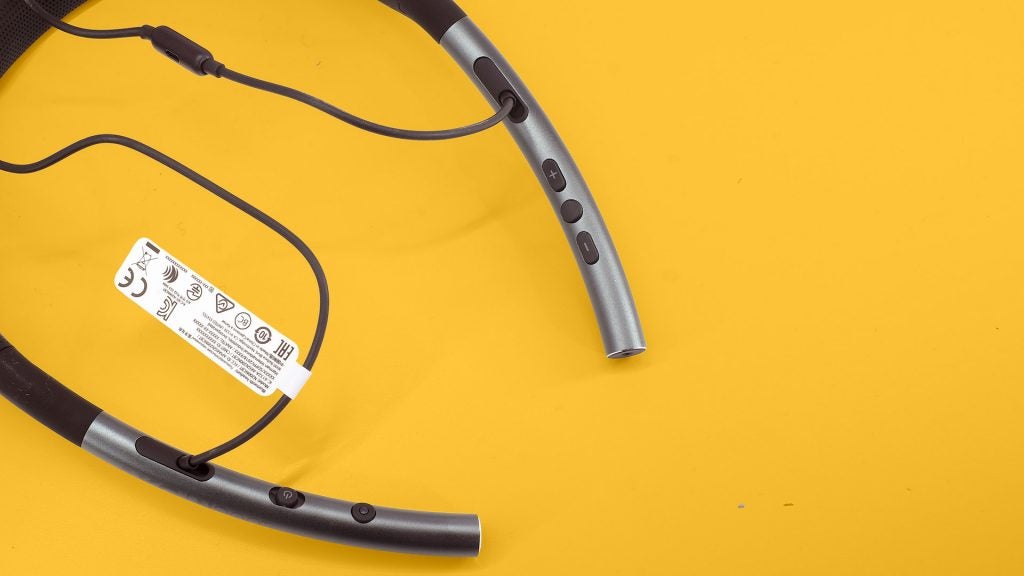 However, I’m not a big fan of the AKG N200NC design. General comfort is fine, as long as the band fits around your neck with room to spare; a snug fit will result in the feeling of pressure on the sides of your neck. However, these earphones aren’t good for running.

A heavier band such as this is naturally going to bounce with greater force with your footfalls. The shape of the N200NCs ensures they don’t slink off to the side, but only a few hundred metres along the road and they were making their way off the back of my neck.

There’s also no mention of water-resistance in the scant documentation that accompanies these earphones. However, I expect they’ll be perfectly fine in the event you’re caught out in the odd heavy downpour since the USB-C charge port is covered by a rubber bung.

The N200NC’s earpieces have silicone wings that nestle into your ear cartilage for support. These can’t be removed. Nevertheless, the AKG N200NC tend to work their way out of your ears despite their inclusion. The earpiece/tip design means you can’t jam them that far into your ear canals, either.

The fit is comfortable enough, but not the most secure. 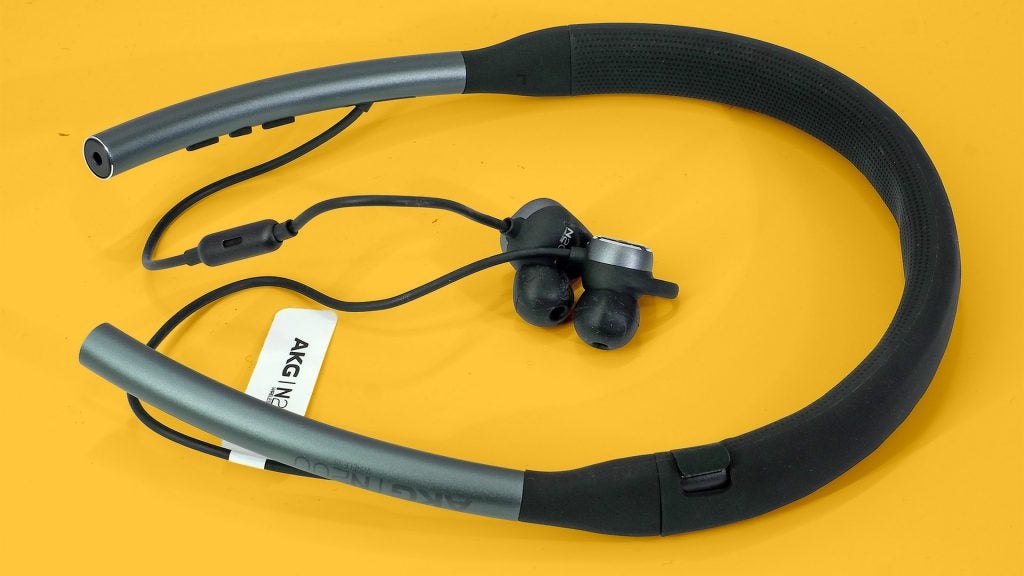 AKG N200NC features – ANC is available, but lacking in the latest standards

The AKG N200NC’s basic practicalities are mixed, but they do have some thoughtful features. These are wireless earphones, but you can use them wired too. The hole in one of the neckband stems is a 3.5mm socket.

These earphones also include active noise cancellation. Note that you can’t actually turn it off when using them wirelessly. The button by the power switch cycles between the ANC mode and the ambient mode.

The AKG N200NC’s cancellation is fairly good at removing low-frequency noise, which will be of huge benefit for work commutes on public transport and noisy rooms. However, the frequency range it can tackle is narrower than that of the big names of noise cancellation, such as Sony and Bose. If you want active noise cancellation that virtually removes you from a noisy room, then the N200NCs aren’t your best bet. 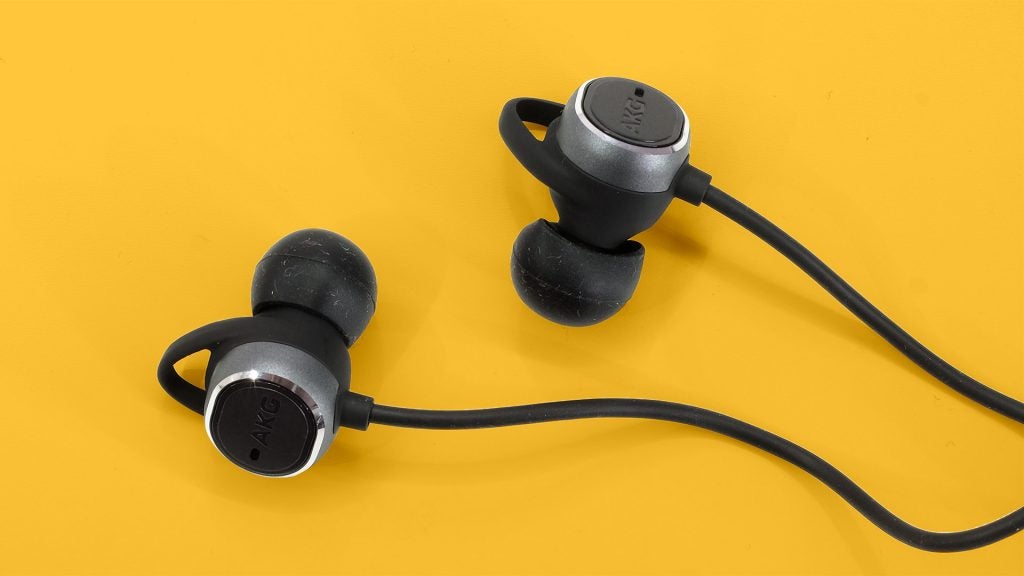 I used the Beats Solo Pro prior to picking up the N200NCs, and while not exactly class-leading, they do offer a much more complete sense of noise cancellation than these AKGs; the former’s “transparency” mode is leagues ahead of the ambient mode here. This one lowers the volume of your music to a whisper and the noise piped-in (using the mics for monitoring) sounds unnatural.

This difference can be explained when examining each earphones’ intended purposes. You can listen to the Beats Solo Pro for an extended period using the transparency mode. The AKG N200NCs are for instances when those airplane announcements pipe into the cabin, or when you’re about to cross the road when running for example. 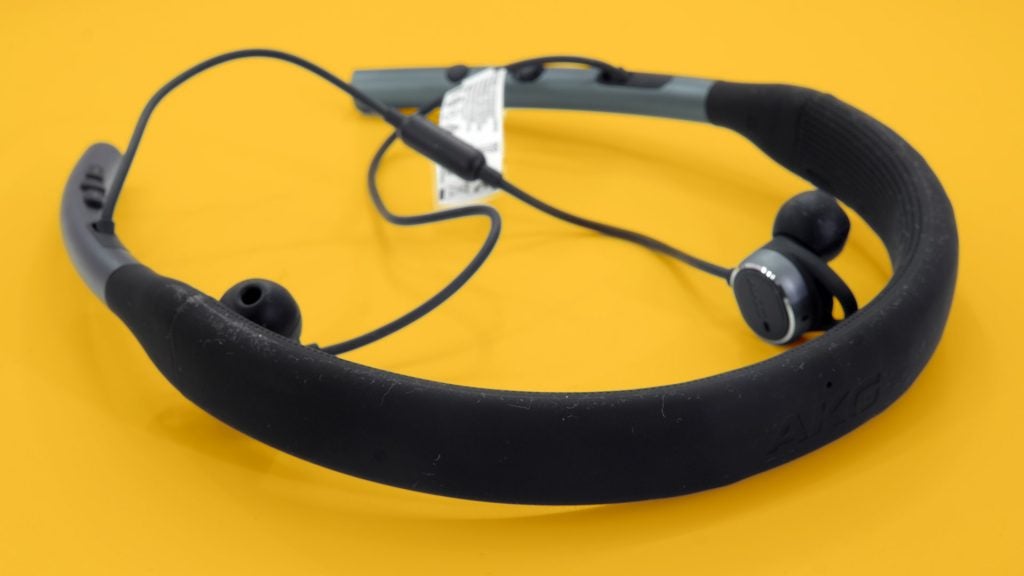 The AKG N200NC are a few steps behind the most advanced wireless headphones in tech terms, and so is battery life. The earphones last up to 12 hours when used over Bluetooth (16 hours wired). This was the category standard until early this year, when I tested SoundMagic E11BT and found they still had 40% battery life remaining after 24 hours of playback.

Few pairs have since matched the SoundMagics, but this is mostly because neckband earphones such as the N200NCs have become less common in the wake of the many (many) true wireless pairs. But these earphones come with a high price, so surely we deserve the latest standards? 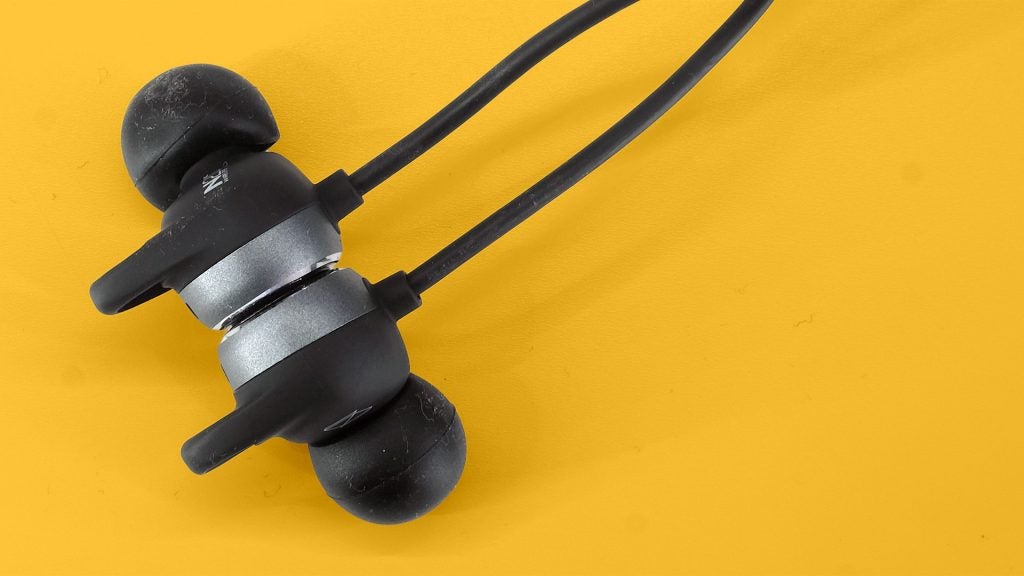 I have issues with the AKG N200NC’s design and some of the tech inside, but audio is a strength. Samsung and AKG haven’t published details about the underlying tech, but these earphones sound like they come housing a high-quality, small diameter dynamic driver.

They offer precise stereo imaging and good width for an in-ear. These paint music with intricate detail, letting you sit back in the airplane seat and really explore those tunes you play carelessly in the background at other times (Samsung definitely seems to have air travel in mind for this pair).

The AKG N200NC’s bass is great, too. It’s powerful, deep and punchy, but the drivers and tuning are good enough to avoid unwanted thickness, bloating or bleed. These earphones offer classiness and fun, which has to be one of the best combos going. The AKG N200NCs are a blast to listen to. 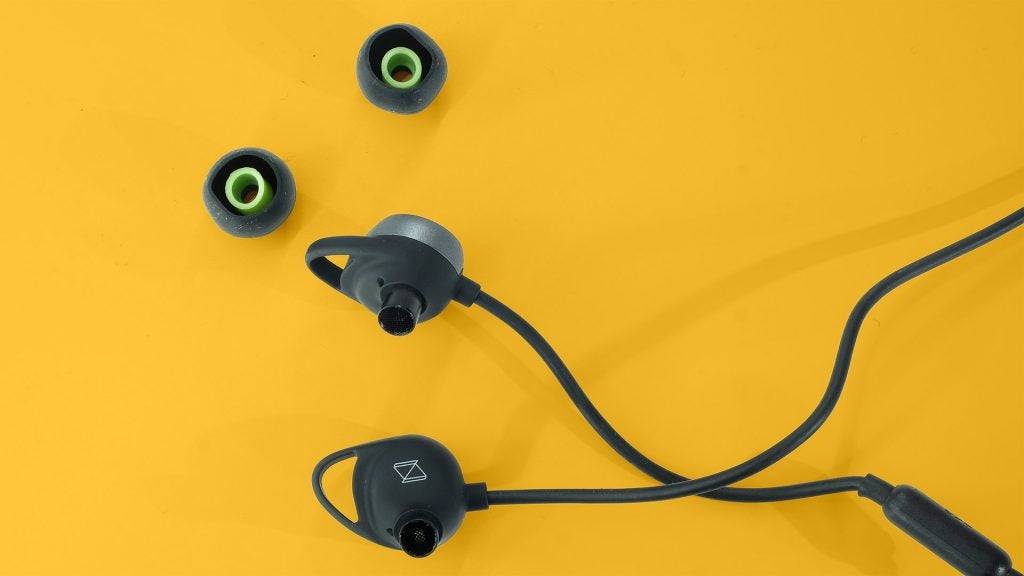 I compared them directly to the original Sennheiser Momentum In-ear Wireless, because they remind me of that pair in several ways – not all of them good. The AKGs display better bass control, greater high-end detail and crisper upper-mids. But this comparison also shows up the AKG N200NC’s weaknesses.

AKG’s treatment of the mid-range isn’t linear. It wants to highlight detail, and does so by promoting part of the treble and upper-mids. The Sennheiser pair makes vocals sound more full-bodied as a result. Parts of the mids seem sucked-in here, and there’s a slight granularity to the treble that could be the effect of localised spikes that have been used, once again, to increase detail perception.

However, I only noticed this on first using the AKG N200NC, coming back to them after a direct comparison with another pair. Whatever AKG’ is doing here works, and it adds up to a super-engaging listen. Earlier in this review I said the Beats Solo Pro offer better ANC than these earphones, and they do. But the AKG bring greater insight to music, even if the gusto of the delivery is less (as you might expect from a pair of in-ears). 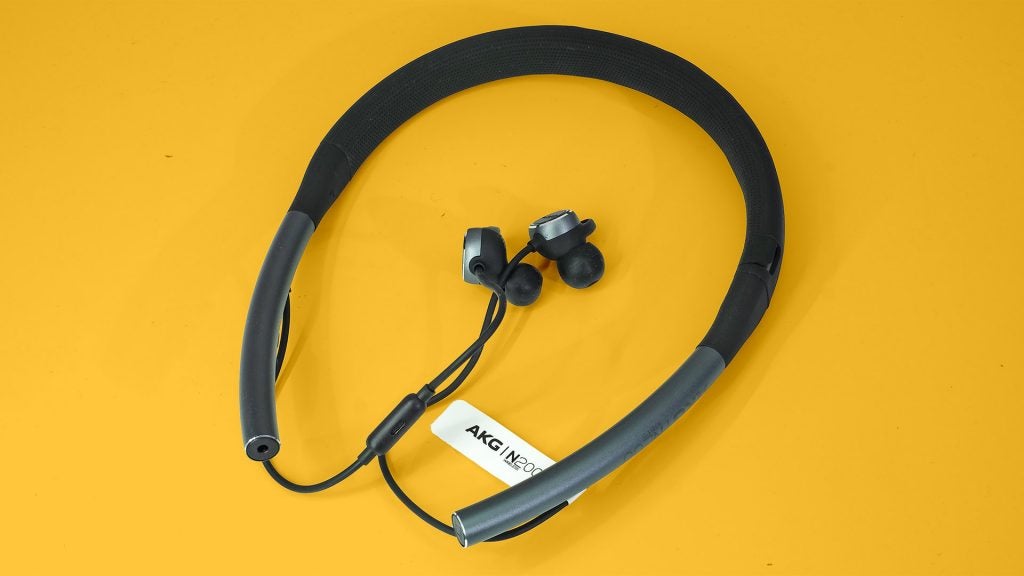 The AKG N200NC sound great, particularly if you like a detail-forward sound. They’re far from a fun-free zone, either, offering up deep and well-controlled bass.

That they don’t quite keep up with the best on the tech side is a little disappointing. The AKG N200NC are far from cheap, and don’t have the next-level battery stamina of some slighter pairs.

Their neckband style isn’t well-suited to running, either. The AKG N200NC may be water-resistant, but they just don’t stay in place well enough once you’re in your stride. These earphones are more at home on a flight than used in a gym.