With the AEG UltraMix KM5540-U you get a package that includes practically every accessory you could possibly need, including two bowls that stack inside one another so that they don't take up too much cupboard space. This stand mixer delivers excellent results, with the exception of the dough hook, which didn't do quite as good a job as we'd hoped for. That aside, this is a well-priced and fully featured stand mixer for all jobs.

You can’t help but come to the conclusion that plenty of thought has gone into creating the AEG UltraMix KM5540-U. Not only does it come with every useful accessory you can think of in the box, but its mixing action leaves no part of the bottom of the bowl untouched.

It might lack the iconic credentials of some mixers, and the colour choices of others, but as a baking workhorse there’s little room for improvement. By providing all the tools you need to beat, cream, whip and even prove bread dough, with easily selected speeds to match, the UltraMix is sure to take your baking up a notch.

While most mixers come with three basic tools and a splashguard if you’re lucky, the AEG UltraMix KM5540 is a cut above the rest in terms of the sheer amount of kit it comes with. Most importantly, every accessory is useful rather than being just one more item you need to find room to shove in the back of a cupboard.

As well as the standard flat beater, there’s a SoftEdge beater designed to be used with creamy mixtures and toppings. This tool sweeps around the bowl like a spatula, scraping as well as beating to combine; it’s ideal for making buttercream. There’s a splashguard with a chute for adding ingredients , which reduces flour puff as you mix, plus a bowl lid that can be used for proving dough or covering mixtures that need time to rise or be chilled. 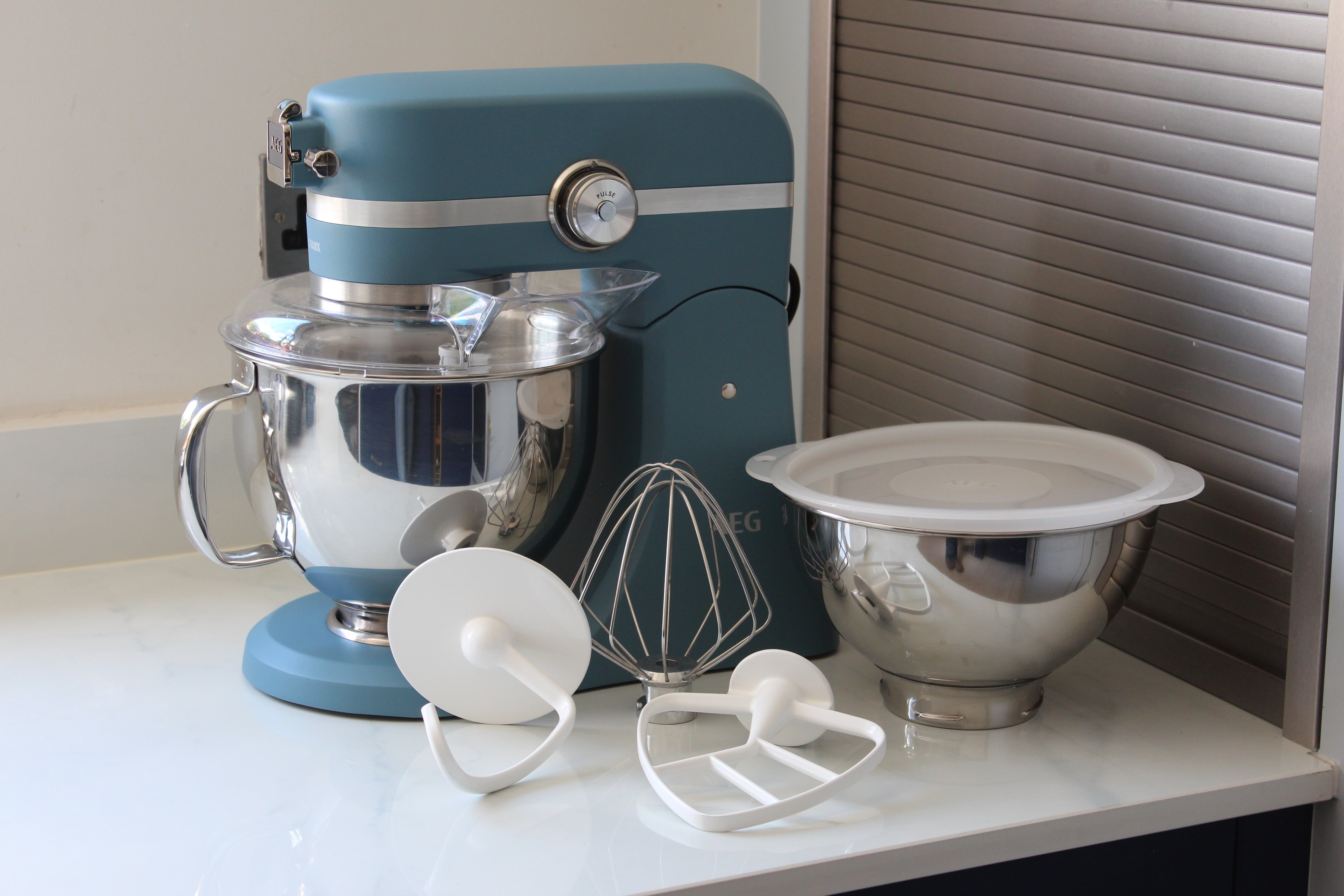 You get all of the accessories you could possibly need

The UltraMix comes with two bowls instead of the standard one. The larger of the two has a handle, so holding it while scraping out the contents is easy. A smaller bowl, which fits inside the large one for storage, is great for several reasons: not only does it do away with the need to repeatedly wash out a single bowl for different steps of the same recipe, the smaller bowl is practical for mixing small amounts too.

On the front, an attachment hub can power optional accessories, such as meat grinders, pasta rollers and cutters, so its capabilities are easily expanded. All of which makes this mixer as suitable for novice bakers who want to develop their skillset, as well as experts who need more functionality than a basic appliance. 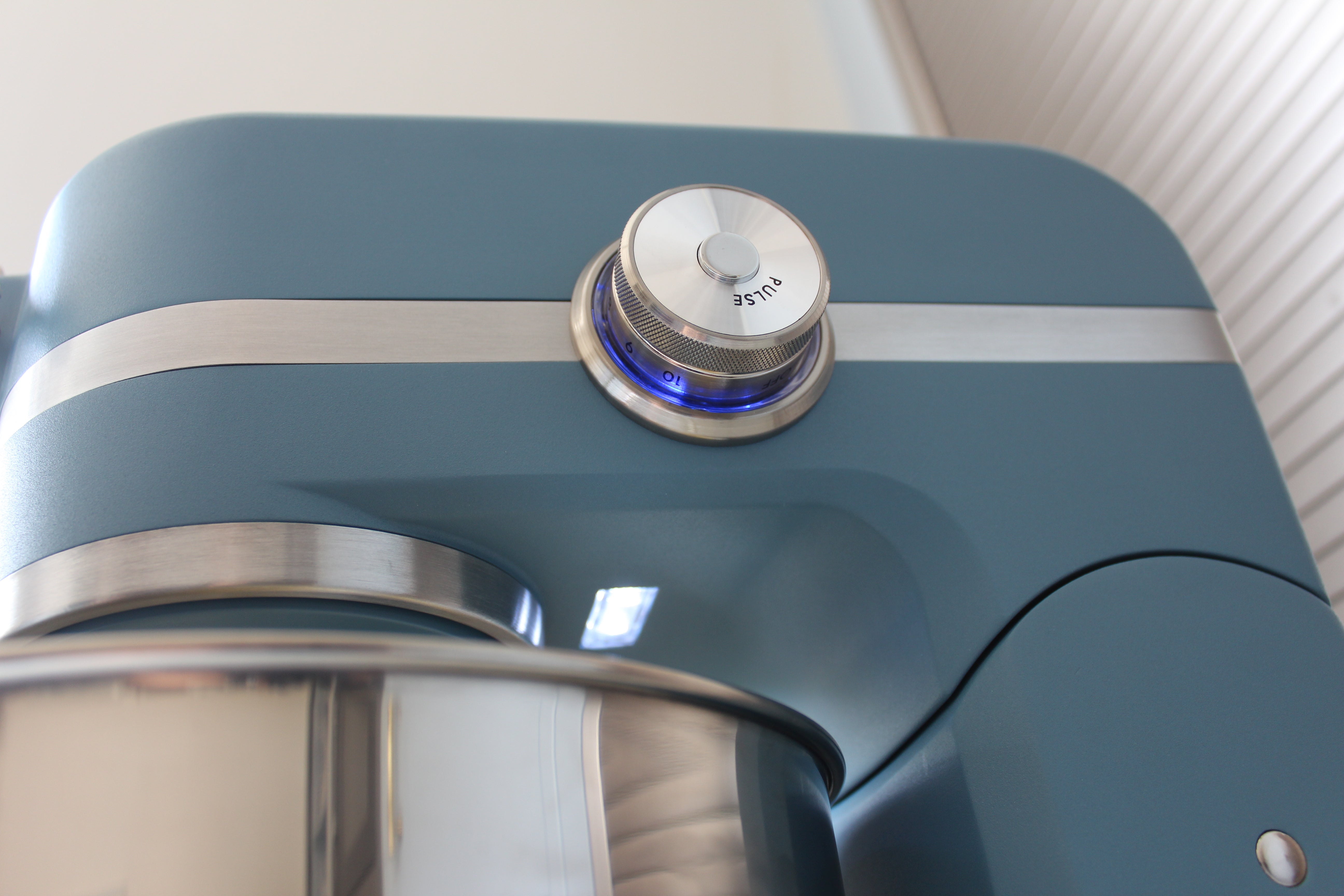 The light helps you see what you’re doing

One final useful feature is the automatic light above the bowl. While this wasn’t key on the bright sunny day of testing, if the task lighting isn’t up to scratch in your kitchen then it could help you keep an eye on progress. However, it’s set in a slightly odd place, behind the attachment shaft rather than at the front of the mixer head, so it only illuminates a section of the bowl. 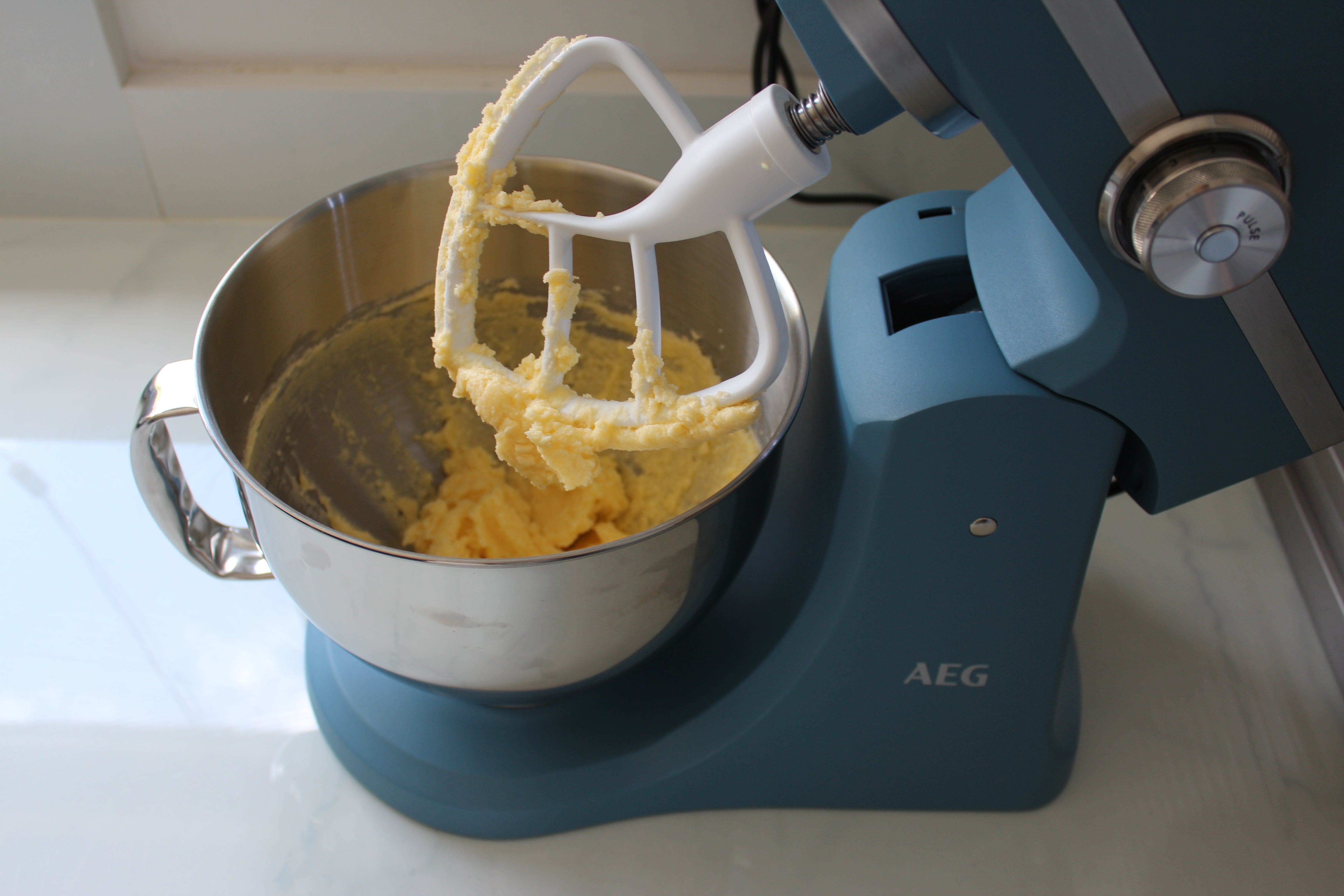 The mixer dealt with cake batter with ease

To say that the UltraMix is a pleasure to use would be an understatement. Its mixing was both quick and efficient – I only had to scrape down the bowl once when making sponge batter, towards the end of the process. In addition, there was no uncreamed butter and sugar to be found lurking at the bottom of the bowl, which can often be a problem with mixers whose tools don’t cover the bottom-most part of the bowl.

The mixer’s speed dial features 10 settings, which were easy to scroll through, and only the top couple of speeds made any kind of noise. Sound at the lower speeds was fairly unobtrusive – no annoying whine here. Perhaps the only tool that didn’t live up to expectations was the dough hook. The bread dough I made mixed together well but then wrapped itself around the hook, rather than presenting as a ball of dough being rolled and kneaded around the bowl. Freeing it and starting again produced the same result.

The dough wasn’t especially tacky, and since all the tools are non-stick (except the whisk), the reasons for this happening on both occasions remains a mystery. However, the bread baked well after some kneading by hand.

The only other niggle is that the slider switch to raise the mixer head is located on the opposite side to the speed dial. This meant having to reach around without a view to determine placement of  the switch  every time I needed to change tools or remove the bowl.

On a positive note, the mixer is pretty well balanced weight-wise: raising the mixer head doesn’t cause the appliance to lift off the worktop.

Basic stand mixers that cost less than £100 are unlikely to have the build quality, mixing efficiency and range of accessories of the AEG UltraMix KM5540-U. It excels at its job, offering range and versatility that’s more akin to the similarly priced Kenwood Chef, but in a sleeker package.

In terms of mixing power it’s comparable to the Artisan mixer, but comes with a bowl lid and built-in light, unlike KitchenAid’s similarly sized 4.8L model costing about £100 more. If you’re happy to overlook the colour limitations (it comes in only three shades: Deep Red, Metallic Dark Grey and Blue) for a well-designed, perfectly provisioned mixer, it will make a great addition to any kitchen.

Next
Efficiency and cleaning Review