How straightforward is it to mix with the AEG UltraMix?

While there’s not as much help as you’d hope for as to getting the most out of the mixer, there’s basic guidance for times and speeds to use for bread, batters, toppings, cream and egg whites. 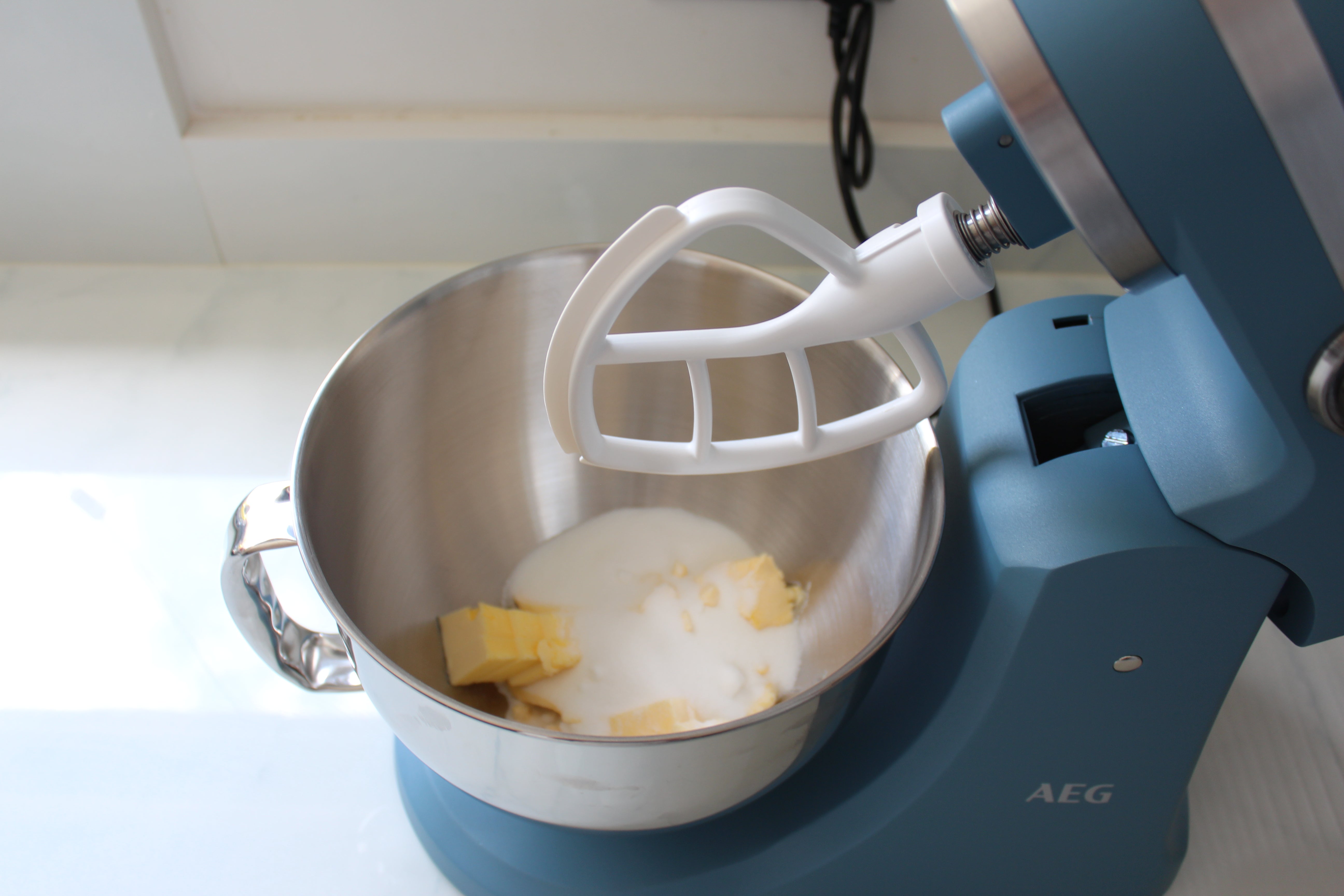 It handled this task easily on speed 5, the beater reaching all parts of the bowl and combining the ingredients well. After two minutes, the mixture was pale and fluffy. Adding the rest of the ingredients, I raised the speed to 6 to help incorporate more air. One feature I liked was that no matter what speed it’s set at, the mixer has a slow start – ideal for reducing puff as lighter ingredients, such as flour, are added. While the bowl and beater needed a brief scrape down towards the end of mixing, the final batter was consistent in colour, free from unmixed lumps and visibly aerated. The cake halves rose well when baked and emerged from the oven especially springy and golden brown. Next, I made bread dough with the hook. While the mixer incorporated all the ingredients into dough using speed 1, there was some jolting of the mixer head as the dough became firmer. When I nudged this up to speed 2, the dough began to wrap around the hook rather than move around the bowl. Freeing it a couple of times didn’t help as it kept wrapping around the hook again. 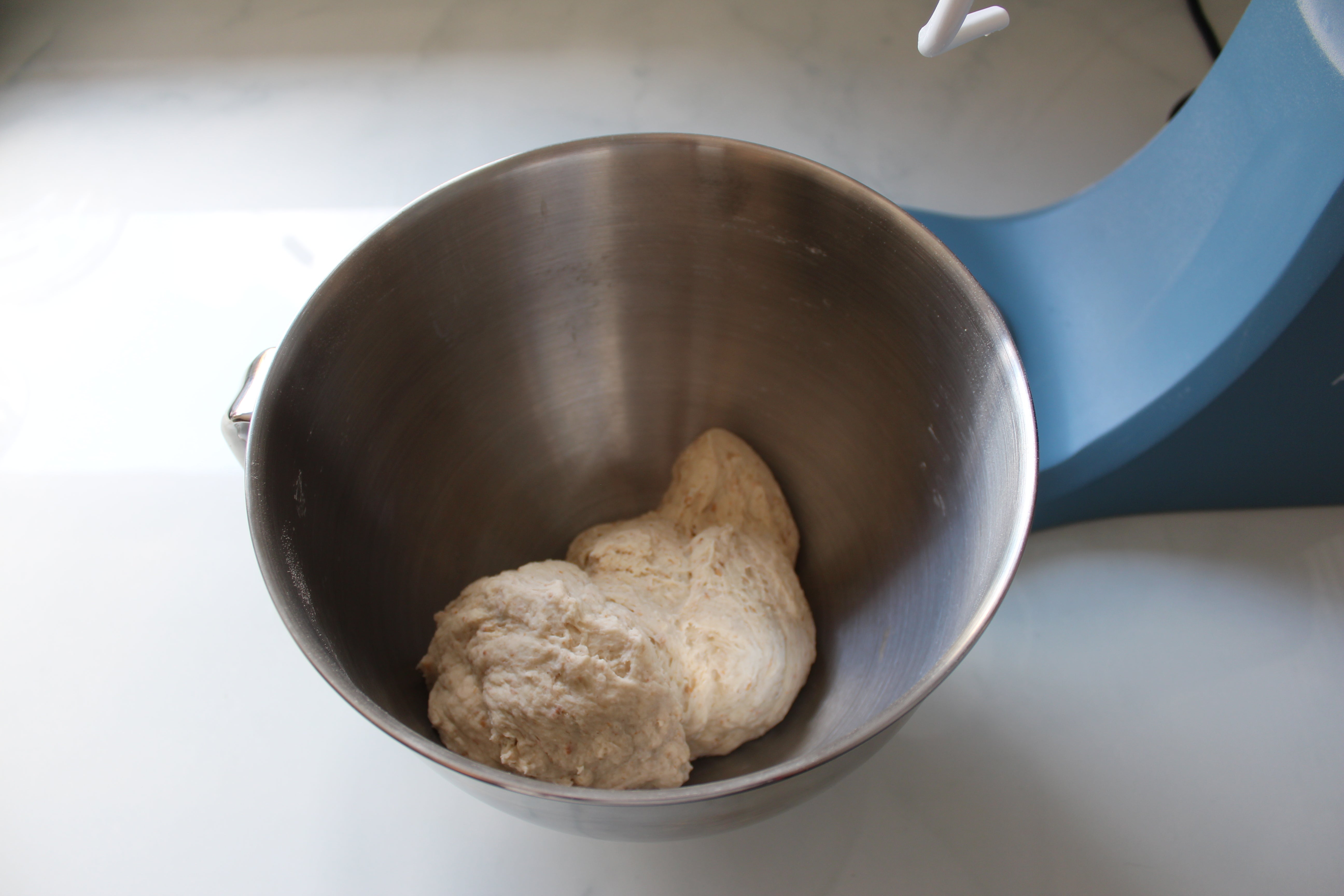 After three minutes I decided to knead it by hand, then replaced it in the bowl to prove with the lid in place. This was very handy – usually I would have to use a tea towel or cling film to help the dough to rise. Finally, I used the whisk to whip three eggs whites on speed 8, rising to 10 as the whites became firmer. 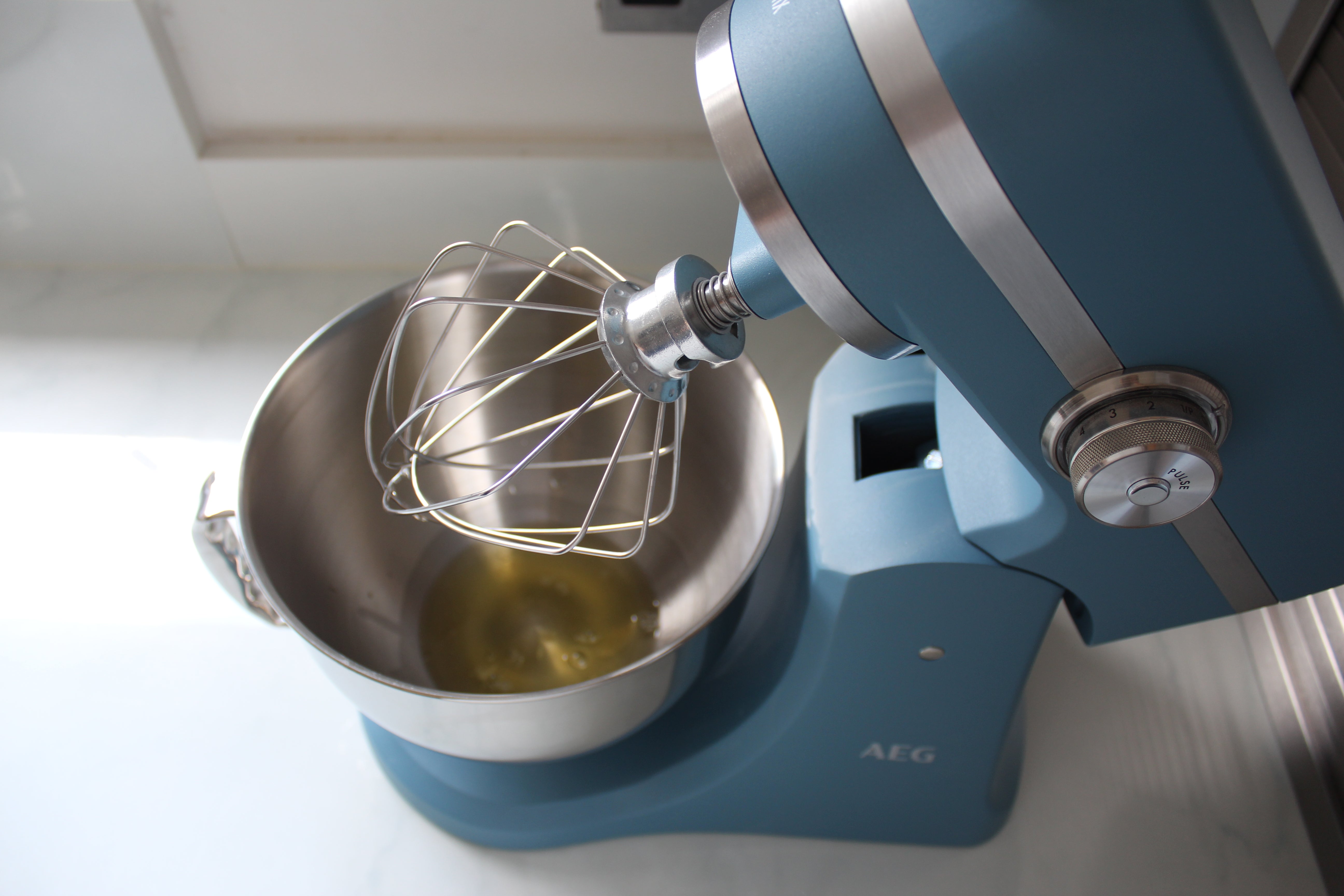 Even on these high speeds, the mixer wasn’t very loud. The instruction advised at least two minutes whisking but at this point, the whites still looked sloppy. I gave them another minute, which made them firm enough to stay in the bowl when inverted. Considering some mixers and processors can take four or five minutes to whisk egg whites to a stiff consistency, this felt fuss-free and efficient. 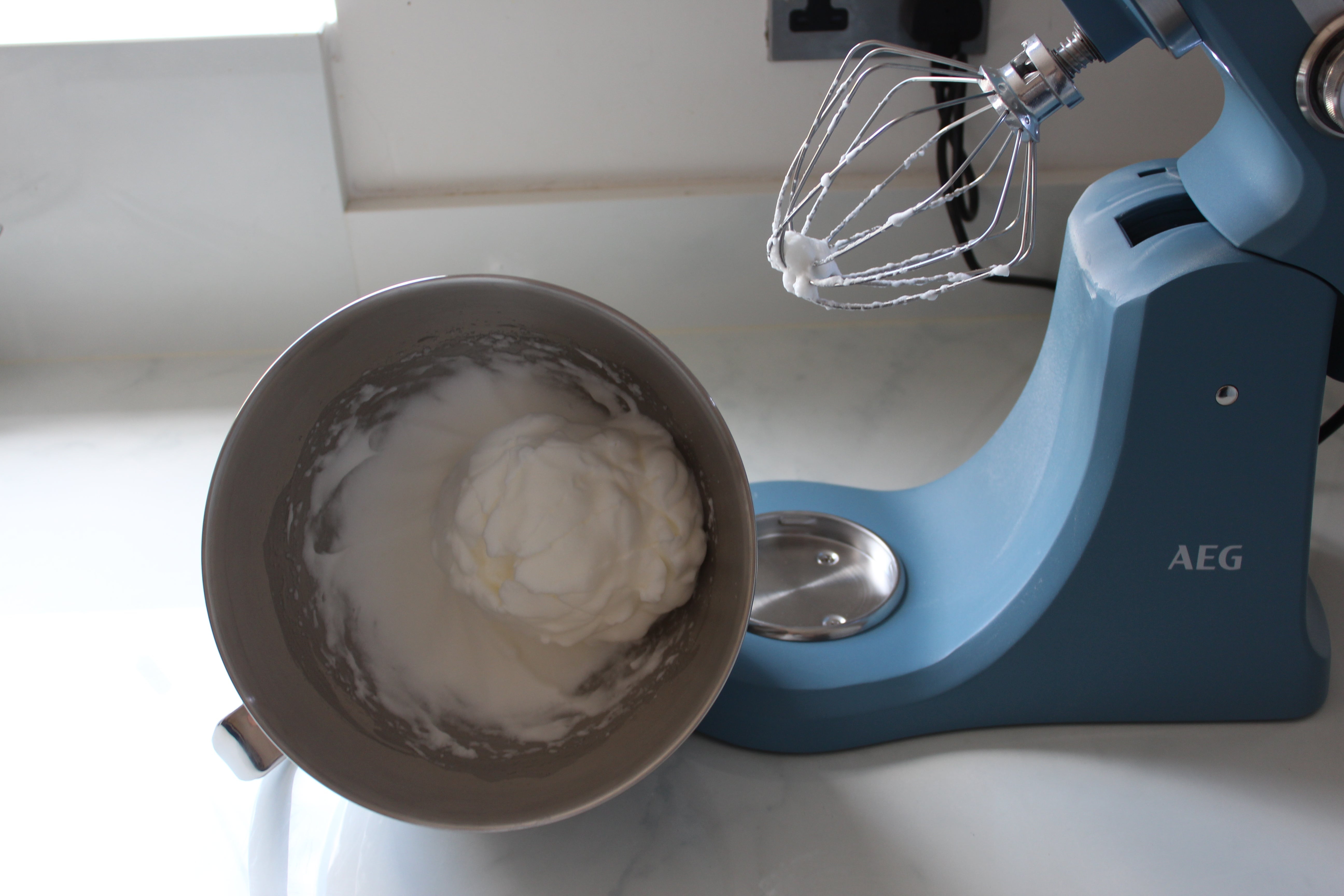 Is the AEG UltraMix easy to clean?

The wire whisk was the only part of the mixer that wasn’t dishwasher-safe, making cleaning up afterwards straightforward. Even washing all the parts by hand was relatively easy – the tools were either plastic or non-stick coated, meaning that food debris slid off easily. There were also no crevices for dirt to gather in the bowls, lid or splashguard.