What is the Acer Revo One RL85?

The Acer Revo One RL85 is a small, stylish PC intended to be your go-to home entertainment hub.

It’s gunning for prime position under your living room TV, and its small form factor puts it in direct competition with Apple’s Mac mini (also £399).

Acer backs up its push for home entertainment glory with 4TB of storage, HDMI support for 4K video, and a vast array of physical and cloud-based connectivity options.

The Revo One RL85 is by no means a computing powerhouse, but is it a worthy media centre? Read on to find out. 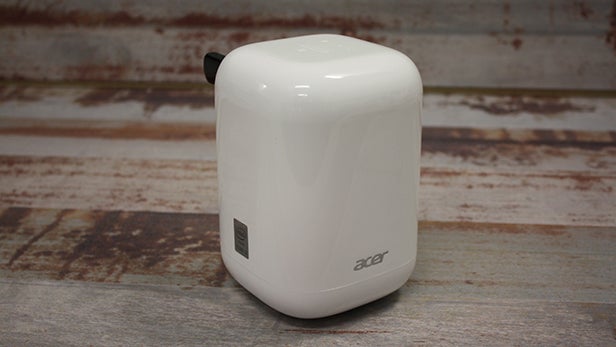 If you scrubbed off the Acer logo, you could easily mistake the Revo One RL85 for an Apple product. Acer has taken an unmistakably minimalist approach to design with this PC, and it’s paid off.

For a start, the device is small and compact; it’s just a bit smaller than a Sonos Play:1 speaker. It’s also lightweight at just under 2kg, which isn’t bad for a computer stuffed with multiple hard drives. This makes it portable enough to cart around to a mate’s house or even on holiday.

The Revo’s chassis is built entirely from white, glossy plastic. A single LED strip glows on the front to indicate that the device is powered on, while a further four LEDs act as status indicators on top of the Revo. The body is cubic and curved on all sides, although grippy feet on the bottom stop it from rocking over. 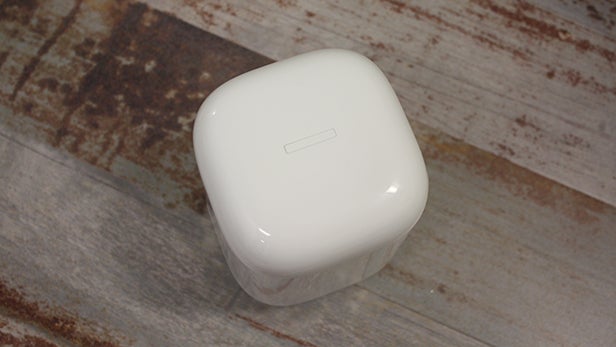 What’s great about the Revo One RL85 is how easy the innards are to access. You just push a small button on the back of the device which enables you to pull the chassis upwards and off completely, revealing the PC’s core.

Once inside, you’ll see two hard disk drives plugged into quick-release caddies on opposite sides of the Revo. In the middle is a third drive, although that’s more difficult to access. You’ll need a screwdriver to open it, revealing the drive, the RAM slot, and the wireless card. For enthusiasts, it’s worth noting that the hard-drives come RAID5 pre-configured. The three drives can also be re-configured to RAID0 or RAID1, too. 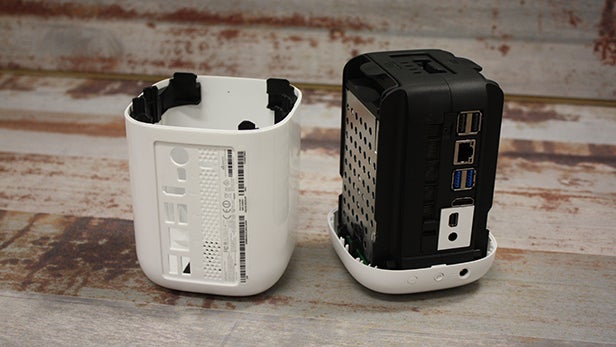 While the front of the Revo One RL85 might be a simplistic Jony Ive wet dream, the back is loaded with ports.

For a start, there are two USB 3.0 ports, with a further two USB 2.0 ports located just below. There’s also a mini-DisplayPort, a 3.5mm headphone jack, a Gigabit Ethernet port and, most importantly, a HDMI port capable of handling dual 4K displays. A single SD card can be slotted into the top of the Revo, too. 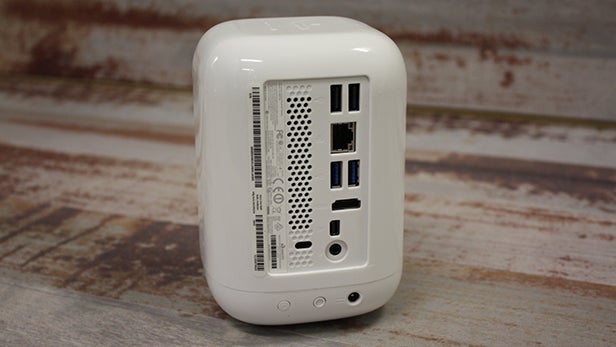 Unfortunately, this streak of success comes to a swift halt once you take the remote control out of the box. This double-sided wireless clicker is undoubtedly the worst feature of the Revo.

The first problem is that Acer has tried to cram as many buttons as possible onto a remote that’s got about the same surface area as an iPhone 6. We count 73 buttons in total. This leaves the remote feeling cramped, particularly the rear side that holds the full QWERTY keyboard. This diminutive keyboard seems designed for people with matchsticks for fingers, and will frustrate anyone whose digits measure more than a centimetre across.

It also doesn’t help that the buttons are stiff and difficult to press down quickly. This makes typing at speed impossible, reducing even simple tasks to a sloth-like pace.

The remote also has a touchpad, which is activated by pressing a ‘cursor’ button on the right side of the control. This allows you to operate the remote as a mouse, which works well in theory. In practice, trying to click icons using a pad that moves the cursor is awkward and difficult. The cursor is also difficult to control accurately, although this gets easier with practice. 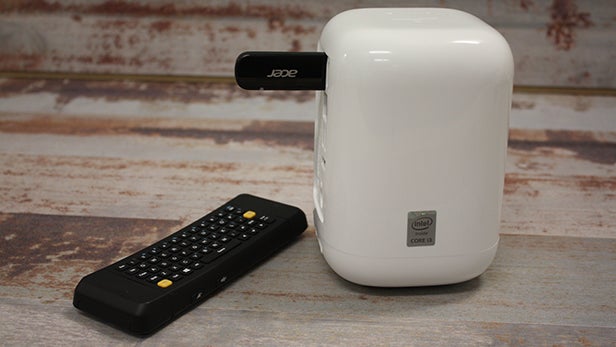 A final niggle of the remote control is that to use it, you must plug a wireless dongle into the back of the device. Acer supplies this, of course, but it means you’re immediately short one USB port, which is a shame for a PC that prides itself on connectivity.

Fortunately, you have several options when it comes to abandoning the remote control from hell. The obvious choice is buying a wireless mouse and keyboard, which will alleviate all your pains. The second is to download the Acer Revo Suite, which works as a solid alternative to the remote. It’s available as an app on both iOS and Android, and connects to the Revo over Bluetooth.

Next
Software, Performance, and Verdict Review