With its impressive storage capacity, the Revo One RL85 is a solid alternative to a NAS drive. Where it edges out over NAS, however, is that it also works as a full 64-bit Windows 8.1 PC.

This makes it an incredibly versatile device; plug it into a monitor on your desk, connect it to your TV, play games on it, or use it for work.

As is often the case with Acer products however, the Revo comes pre-loaded with a smorgasbord of branded software. 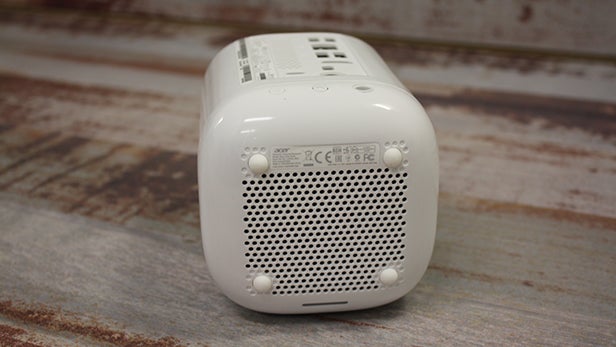 While some customers will find good use out of the bundled programs, we find Acer to be heavy-handed in its approach to fresh-out-the-box bloat. For a budget PC, we’d rather Acer have shipped the Revo as a clean Windows install, and suggested the software as an optional download during set-up.

The Revo comes with Acer’s ‘ab’ range of apps; those letters stand for ‘Acer’ and ‘Build Your Own Cloud’. The company announced its BYOC initiative last year in an effort to make bank on growing interest regarding hosting content in the ether.

This gels well with the Revo, because as well as storing all your files on the substantial physical memory, you can also utilise four ‘ab’ apps.

The first is abPhoto, which is a cloud-based image package. If you take a photo on your smartphone, for instance, you’ll be able to view that photo on your PC without transferring any files. You’ll need the software on your phone, mind. 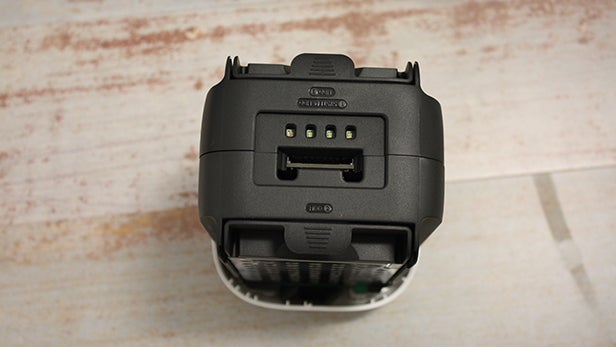 There’s also abMedia, which is the same concept as abPhoto, albeit for music and videos. Both of these can be streamed remotely using the software.

Third up is abFiles, which is Acer’s generic file-accessing cloud software. Amusingly, this also lets you send the Revo to sleep and wake it up remotely. Best use: convincing your partner that a gadget poltergeist is haunting your living room. Boo.

Finally, there’s abDocs. This syncs all of your Office docs in the cloud, and enables access to the files even when your Revo is turned off. Spooky. Unfortunately, one key failing of the Revo is the absence of an Office installation, which means you can’t immediately take full advantage of abDocs’ functionality.

The question you have to ask is whether any of this performs substantially better than mature and competent cloud rivals such as Google Drive, OneDrive, or Dropbox? The answer is no, which means we could’ve done without the bloat in the first place.

Related: What is PlayStation TV?

The version of the Acer Revo One RL85 we were given uses a 2.1GHz Intel Core i3-5010U processor paired with integrated Intel HD 5500 graphics. It also came with 8GB of RAM and two 1.4TB hard disk drives as standard.

Unfortunately, that’s not the model that Acer is peddling here in the UK. That’s a shame, because the UK version if actually a scaled-down configuration. In Blighty, your pound sterling will get you an older Intel Core i3-4005 CPU clocked at a lower 1.7GHz. Memory and storage also take a hit, leaving you with 4GB of RAM and 2TB of hard drive capacity. 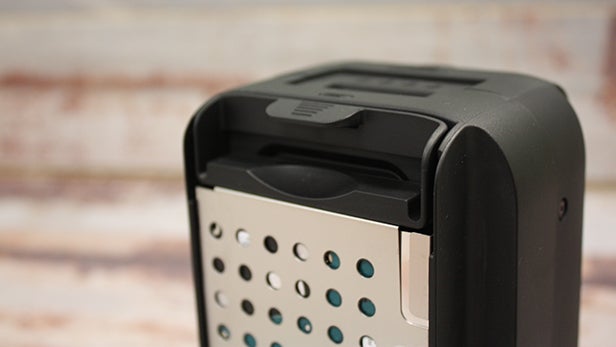 As such, we’re only able to offer benchmark results for the model we tested, not the final UK version. However, don’t forget that the Revo is intended to be a home entertainment unit. This means you shouldn’t need to rely on serious computing or graphical heft often enough for benchmark results to be of major consequence.

When we tested the Revo One RL85 on the PCMark 8 Home Test, it scored 1933. That’s a respectable result for a £400 PC, and it’s clearly translated well into real-world performance. We found the Revo handled most basic tasks with ease, and was only sluggish when running lots of software simultaneously. We watched plenty of 1080p footage and had absolutely no trouble at all, so it’s a winner in terms of video playback.

We also tested the PC’s graphical capabilities using 3DMark’s Sky Diver benchmark – it scored 2386. This test measures 3D graphical output, and the Revo did struggle, admittedly. This score is in the bottom 6% of results on 3DMark, which was clear from the way the frame rate rarely strayed above 10fps during testing. However, the result was what we expected; you can’t ask for much more on a mid-range PC running integrated graphics. Needless to say, the Revo isn’t intended to be a high-end gaming rig. You’ll want to be watching HD movies on it, not maxing out Crysis video settings. 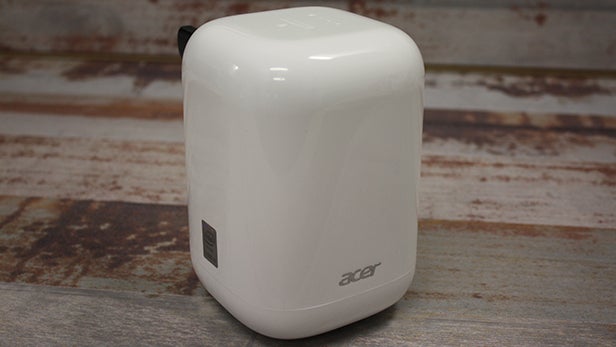 Should I buy the Acer Revo One RL85?

What’s great about the Acer Revo One RL85 is that it hits its product remit spot-on. Acer ticks nearly all of the boxes when it comes to packaging a decent home entertainment system.

There are plenty of ways to connect it, it’s got heaps of storage, it won’t look rubbish sitting under your TV, and it’ll work well as both a storage hub and a desktop PC.

If you can look past a few minor gaffes – most notably the clunky remote control and unnecessary bloatware – you’ll find great use out of the Revo.

Acer’s stylish PC offers more swank and versatility than a NAS drive, but packs better entertainment options than a conventional PC. This puts the Revo in a fairly unique position in the computing space.

After spending an entire month with the Revo, we’re still using it every day, and we’re reluctant to ship it back to Acer HQ. That should be proof enough of its calibre as a useful bit of kit.

The Acer Revo One RL85 works well as a home entertainment hub, and is a great value media storage alternative to a NAS drive. The remote is clunky and the performance isn’t stellar, but Acer has got it right where it counts.