The Acer Liquid Z2 runs on a single-core 1GHz MediaTek processor, which is backed up by 512MB of RAM. It’s a similar configuration to the likes of the ZTE Blade III that we looked at recently. However, the difference here is that Acer has loaded the Z2 with the Jelly Bean version of Android (v4.1.1 to be precise), which means that it benefits from the ‘Project Butter’ tweaks that Google has made to Jelly Bean to speed up the user interface. In fact, this is the first time that we’ve seen Jelly Bean running on such a modestly specified handset.

The good news here is that the Jelly Bean improvements are just as evident here as they are on flagship quad-core phones, with the Android UI feeling much more responsive and suffering a lot less from the annoying pauses and stutters that affect Ice Cream Sandwich phones with 1GHz processors. Obviously the Jelly Bean OS doesn’t run as silky smooth on the Z2 as it does on more powerful phones, but nonetheless it does feel much faster and more responsive than comparative ICS phones. 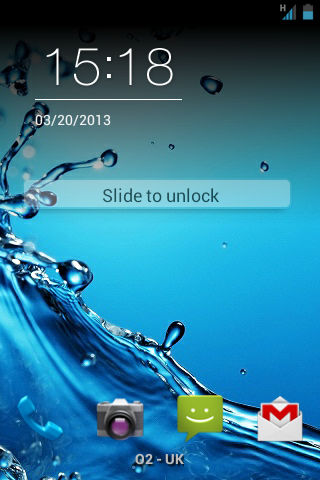 It’s not a bad performer in benchmark tests either, as it largely outperformed ZTE’s Blade III. For example, the Z2 hit 32.94MFlops in Linpack compared to the Blade III’s 25.092 MFlops, while in Geeckbench 2 it scored 579 versus the Blade’s 436. It even managed to hit 34fps in the GLBenchmark Egyptian Classic test versus 22fps for the Blade. 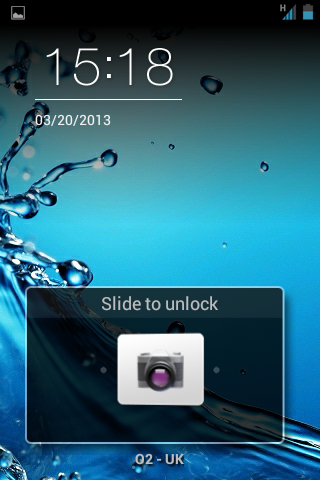 Acer has only made very modest changes to the vanilla Android user interface. For example, to unlock the phone you slide across the lock screen and it opens like a vertical window blind. There are also a row of shortcut buttons at the bottom of the homescreen and you can tap and slide on these to unlock the phone directly to the functions assigned to these. Other than that, the phone’s standard UI looks pretty much identical to the stock version of Android. 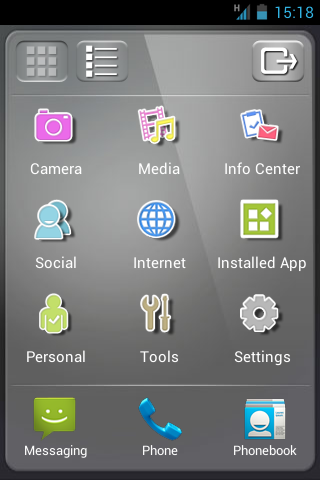 With the Z2 is set to Quick Mode apps and features are grouped together into overarching menus. For example, the ‘Media’ menu is where you’ll find the YouTube app, video player, FM radio app and Play Music app. Similarly, under the ‘Social’ menu you’ll find your contacts book as well as the Facebook, Google Plus and SMS apps. It’s all pretty straight forward stuff, and while not particularly to our taste, we could see a lot of people finding the Quick Mode interface a bit easier to use than the phone’s normal Android UI, especially as you can still access all the phone’s apps and settings from the Quick Mode interface.

Both the phone’s normal Android UI and the Quick Mode interface uses the same contacts book even though the icons you use to access them look slightly different. It’s the standard Jelly Bean contacts book rather than a version that Acer has significantly re-jigged. You can easily add new contacts and attach pictures to them to make them easier to find as you’re scrolling through the list. Contacts can also be synced easily from services like Gmail, and those you call most frequently are automatically placed at the top of the list. You can also quickly view your call log or access the dialler, as both are integrated into the contacts menu.

Call quality was on the whole very good, with the Z2 able to hold on to a signal pretty well in areas that some other handsets have struggled. The mic also seemed to deliver good quality speech. In fact, the only slight issue we had was that you have to be a little careful about how you position the phone against your ear, as if you’re not holding it within the relatively narrow sweet spot the apparent volume level drops significantly.

The Z2 comes with the standard Android Chrome browser, which is no bad thing as it’s a truly excellent browser. For a budget phone it’s relatively fast to render pages and zooming and scrolling is very responsive. 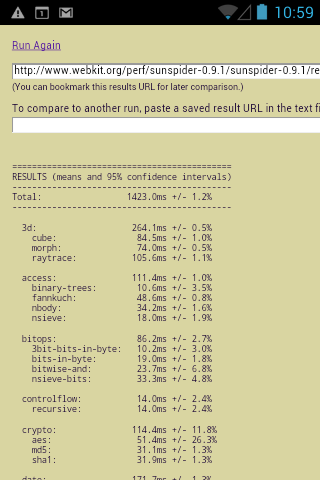 The Z2 performed pretty well in our browser benchmarks for a budget handset
too. In Browermark V2.0 it posted a score of 769, while it completed the
Sunspider test in 1423.0ms. In comparison ZTE’s Blade III scored 962 in
Broswermark, but was slower in the Sunspider test only completing it in
2679.8ms.

The phone’s smaller screen size as well as its lower resolution does hamper the browsing experience, though, as you have to do a lot of zooming in and out on web pages.