As often noted with cheap DLP projectors, the H6510BD’s 3D pictures aren’t as naturally coloured as its 2D efforts. There’s a slight extra red infusion that can be quite pronounced during dark scenes. The active shutter glasses also take a chunk of brightness out of the image – though with its 3000 Lumens the H6510BD is actually better equipped than most to compensate for this issue – and also as usually happens with active shutter glasses you sometimes feel a bit aware of some flickering in the image, especially if there’s any ambient light in the room.

On the upside 3D images still look detailed and ‘HD’, and as we’ve noticed with pretty much every 3D DLP projector we’ve tested, the H6510BD removes pretty much all crosstalk ghosting noise from proceedings, really enhancing the crispness of the 3D image when compared with 3D on LCD/SXRD projectors. 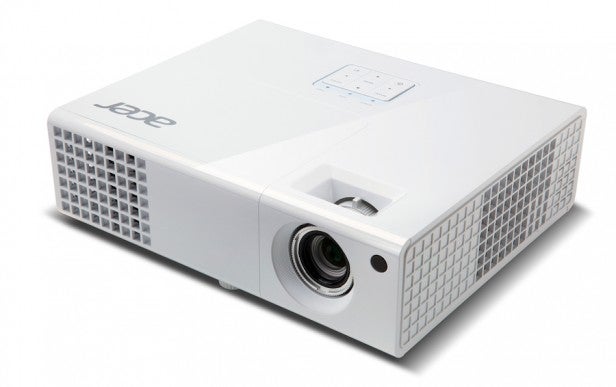 We won’t dwell on this section given that no built-in projector sound system is ever going to be more than a horrible compromise – not least because the sound won’t appear to be coming from anywhere near where the picture is. But to be fair, the H6510DB’s audio isn’t a complete waste of time. There’s not enough power around to deliver much volume or soundstage scale, but at least the audio sounds reasonably clear and detailed despite there not even being a stereo speaker configuration. So it’ll just about pass muster for accompanying a sporting event, perhaps.

Any projector that can deliver video-friendly pictures for £500 clearly has potential as a console gaming device – and this potential is done no harm at all by our input lag measurements. Using the Game preset and turning off what little bits of processing we could find the H6510B only suffered 34ms of lag – a strikingly low figure by projector standards that shouldn’t impact your gaming skills to any significant extent.

One other key projector performance issue is running noise – and the H6510BD does surprisingly well in this department. With the lamp set to Eco you can sit within a couple of feet of the projector and seldom notice the cooling fan noise. The noise does ramp up quite a bit in high brightness mode, and it’s quite a high-pitched sound too, which doesn’t make it easy to ‘tune out’. But it’s still by no means excessive for such a small and affordable model. 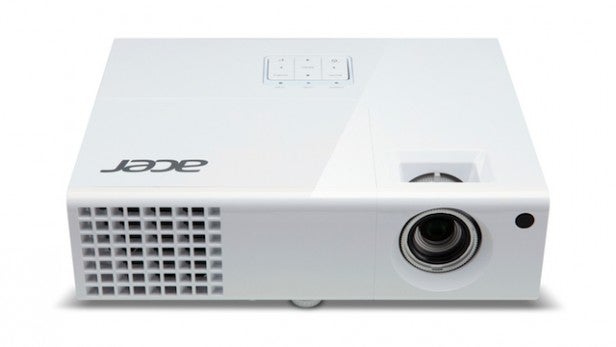 Acer’s cut-price home cinema projector makes a persuasive case for itself – especially given that there’s precious little credible home cinema competition around at the £500 price point. If you can find £100 more the BenQ W1070 is slightly better, and if you can find a couple of hundred pounds more and want a projector with a short throw lens the BenQ W1080ST is an outstanding option. But for £500 the H6510BD is tough to beat.

The H6510DB isn’t perfect. It exhibits a little rainbowing, its contrast and motion handling are only passable and it doesn’t provide any vertical image shifting. But it’s also good looking, robustly built, easy but also unexpectedly flexible to set up, and despite its flaws its picture quality is the best we’ve seen on a sub-£500 home cinema projector.

Not the projector you were looking for? Check out more Projector Reviews