Its single most important achievement is the way it manages to deliver a startling level of brightness without leaving dark scenes looking horribly washed out. This helps pictures look far more dynamic than we’d normally expect to see at this price point. Especially as the H6510BD also, even more impressively, manages to reproduce colours with a decently filmic tonality and naturalism, rather than erring towards the over-warm, over-wrought, PC-biased tones associated with many uber-cheap projection models. 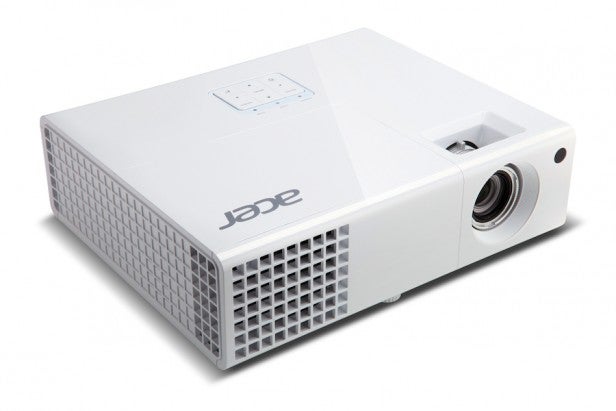 This is particularly true if you switch the projector’s lamp to Eco mode, as it makes blacks look blacker and reduces a minor yellowish wash you’re sometimes aware of in high brightness mode. As a result we’d suggest that the ‘Standard’ lamp setting is best reserved for viewing in a room where there’s ambient light to contend with. Though if you just can’t live without the Standard lamp setting’s punch, don’t worry – even in a dark room the slight yellowy wash the setting produces doesn’t stop pictures looking unusually natural by budget projector standards.

The H6510BD’s ability to deliver high levels of brightness without destroying black level response has another much appreciated benefit: lots of shadow detail. There’s no sense of the sort of hollowness and flatness often seen in dark scenes on cheap projectors with poorer contrast responses. This makes dark scenes easier to watch and more ‘in balance’ with bright scenes, creating a decently consistent viewing experience.

Yet more good news concerns the H6510BD’s sharpness. , and it’s great to see, moreover, that this is not joined by excessive amounts of dot crawl or other pixel noise, as can sometimes be the case with single-chip DLP projectors. Even skin tones remain ‘fizz free’ during camera pans, revealing the H6510BD’s colour wheel to be superior to the ones commonly found in sub-£1000 DLP projectors.

We are not, of course, trying to suggest that the H6510BDs pictures are in any way perfect. There’s a reason you can get single-chip DLP projectors that cost six times as much as this Acer. For instance, the image loses some crispness over moving objects. Also, while black levels are certainly better than those of most projectors at anything like so cheap a price, they’re also more washed out than those of a few £800 and above projectors we’ve tested.

Without doubt the biggest – and also most expected – problem is the rainbow effect. This artefact of the colour wheel in single-chip DLP projectors causes stripes of pure red, green and blue to appear around some bright elements of the picture – or, to a lesser extent, in your peripheral vision if you’re sat very close to the screen, or if you flit your eye over the image.

However – and it’s a pretty big however – while the rainbow effect can distract at times, and will affect some people more than others, it’s still less aggressive in appearance and regularity than we’d have expected at this price level.