This is a powerful machine. The combination of that i7-4710HQ, 8GB of RAM and a 128GB SSD means it just feels fast, with programs opening rapidly and the whole system having a snappiness to it.

This is reflected in benchmarks too, where the Acer records the second fastest score in our records for the CPU test, Cinebench R15. It’s score of 659 only trails the 680 of the humongous MSI GT80 Titan.

In the more general system benchmark, PCMark 7, it wasn’t quite so class leading but its score of 5479 is still a solid effort. Likewise its score of 12394 in Geekbench 3 is right up there with the fastest gaming laptops. 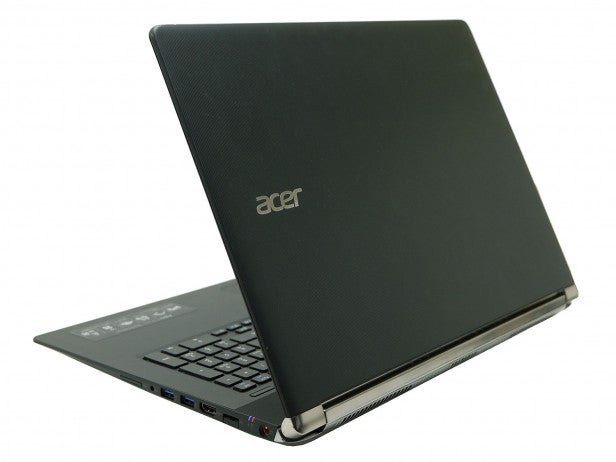 This is far greater performance than the integrated graphics you’ll get on an Intel chip, where you’ll struggle to get above 20fps even in the most basic test. However, the fastest gaming machines will provide double the performance. As a results, more often than not you’ll need to drop below the Acer screen’s native resolution to get satisfactory performance. 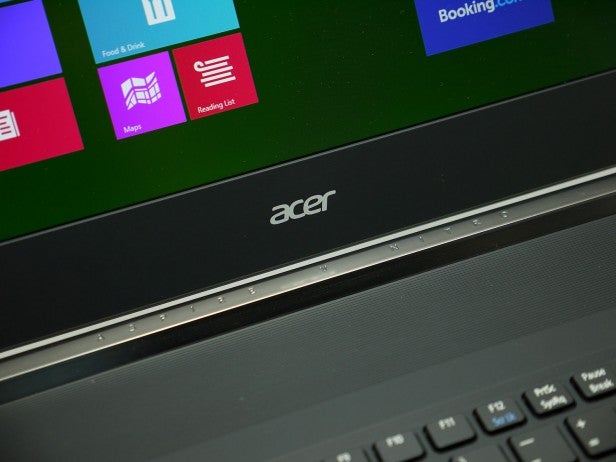 Large, powerful laptops aren’t known for their battery life and sure enough the Aspire Nitro Black Edition certainly won’t last a day away from a plug socket.

In our PowerMark test that runs the battery from 100% to 15% while alternating between watching video and browsing the web at 40% brightness (136nits) it survived for just four hours and four minutes. That’s actually slightly above par, with many similarly powerful machines struggling to reach much above three hours but it’s still an indication that the vast majority of the time you’ll want to carry around the large heavy power supply with you.

For the most part the Aspire Nitro is shaping up to be a decent option. However it falls down hard in use thanks to the inclusion of masses of really unwelcome extra software.

We’re not just talking the obligatory anti-virus that you have to pay for before it’s any use but really dodgy crap like the Pokki Start Menu, which is a store front for other rubbish software that sits on the taskbar pretending to be the main Start Menu.

You also get a load of Cyberlink stuff, Booking.com and Lovefilm apps and a mass of other Acer crud. It really is a bad mark on this machine, even if it can all be uninstalled.

Otherwise, the only other thing to note about this laptop is that Acer doesn’t sell directly so you can’t spec your own machine. Instead each configuration is sold separately. This particular model is the VN7-791G (part number NX.MUFEK.001) that costs around £750 while there is another configuration of the same chassis called the NX.MUFEK.002, which adds an Nvidia GeForce GTX 960M and Blu-ray drive and is available for around £999. 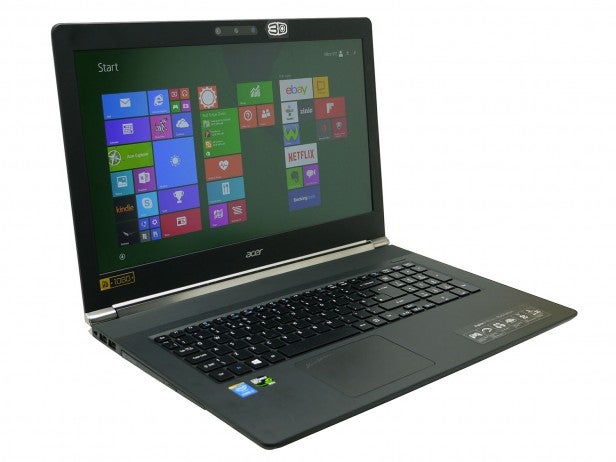 Should I buy the Acer Aspire V Nitro Black Edition?

This a great option for those seeking a large, powerful all-rounder of a laptop that can turn its hand to just about anything. Whether it’s gaming for the kids, powering through your work or just sitting back and watching the latest episode of Game of Thrones on a nice big HD screen, it can do the lot.

This it backs up with a smart if not altogether premium look and the addition of Intel’s RealSense camera is both a bit of fun and potentially a useful extra when new software and Windows 10 arrives.

Priced at around £750 this is certainly not a cheap machine, and you are paying a small premium for that RealSense camera but otherwise it’s pretty competitive. It’s a shame you have to take quite such a leap in price to get the Blu-ray version but even then, at around £999 it isn’t bad value. Some machines offer a touch more gaming performance at these prices but in a lesser chassis and overall package.

Next, read more about what you can do with Intel’s RealSense camera

Uninstall all the annoying software that comes preinstalled and this is an excellent all-round large laptop. It can turn its hand to gaming, serious number crunching and even high-quality image and video editing thanks to its excellent screen. With the inclusion of Intel’s RealSense camera it also has a fun and potentially useful bit of future-facing tech included. It’s not a cheap option but one that’s competitively priced and looks the part.