The Acer Aspire Switch 10 E is a revamp of last year’s hybrid Windows tablet. It’s one of the cheaper hybrids on the market, and angles for customers who just don’t want to shell out for a Microsoft Surface Pro 3.

While the new version is largely similar to the 2014 edition, Acer has made some noteworthy design and spec improvements. 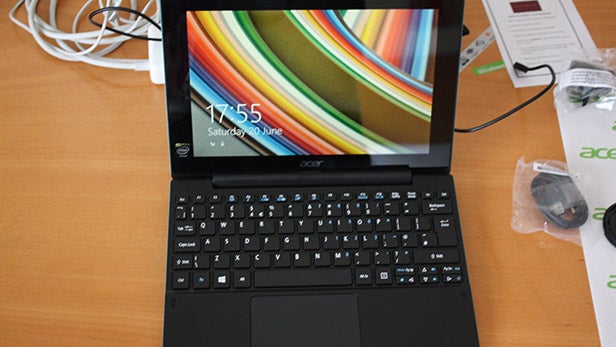 I got to play with the Switch 10 E over a weekend, so I’ve got a good feel for what’s great (and not so great) about Acer’s new tablet.

The first thing you notice about the Switch 10 E is that it’s got a textured plastic outer casing. That’s intended to ruggedise the device, but it also looks pretty good. There are six colour options available – I used a delightfully garish ‘peacock blue’ Switch, but all of the versions look great. The whole setup is lightweight at 630g, which is lighter than the 1.08kg MacBook Air, for instance.

The next major design feature is the joint that connects the tablet to its QWERTY keyboard base. Acer developed an entirely new Snap Hinge 2 for the Switch 10 E, and it’s definitely paid off. I found it really easy to detach and reattach, and the tablet didn’t feel loose when connected at all. 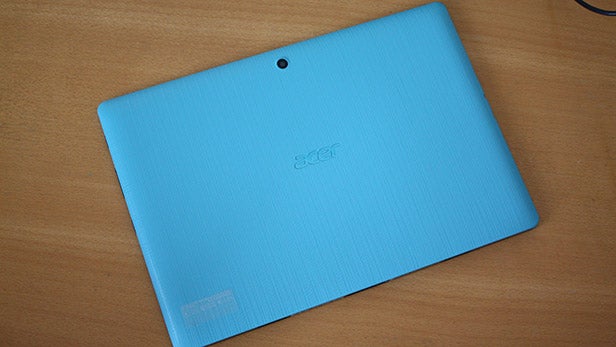 This means you can use the device in various modes, including an arch-style media playback mode, a standard laptop configuration, or just as a conventional tablet. One minor hitch is that the Switch can rock a little if you push the screen too far back in laptop mode.The keyboard was pleasant to use, although it’s a little small, so working on it for extended periods of time might get frustrating.

The Acer Switch 10 E uses a 1280×800-pixel screen, which means it qualifies as a HD display, if only just. The screen was bright and colour reproduction seemed impressive, although it was prone to glare when used in bright daylight.

The device we used was running Windows 8.1, which is old hat in terms of software now. Acer is stickering most of its products with ‘Windows 10 ready’ now though, so you can be sure the Switch 10 E will be good to go with Microsoft’s next OS. But how does it fare on 8.1? The OS is touch-friendly, and very versatile, which suits a low-maintenance work hub like the Switch 10 E. Windows is great for students or those looking to be a little more productive, which gels with the Switch’s target market. 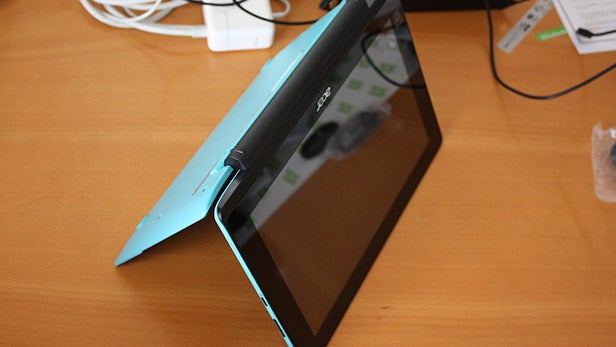 The device is powered by an Intel Atom processor, boasts 3GB of RAM, and touts 32/64GB storage. That all translates to… frankly mediocre performance. The Switch 10 E functions OK when you’re doing simple tasks, but if you start opening multiple tabs or doing anything intensive, the pace slows down significantly. Of course, that lethargy is reflected in the price – you can’t expect this to keep up with a Surface.

I didn’t get a chance to run the Switch 10 E dry. After four to five hours of use, however, the battery level was still around 60%. That gels with Acer’s claims of a 12-hour battery life, which is impressive for a hybrid. We’ll have to wait for a full review model to really test this boast, mind. 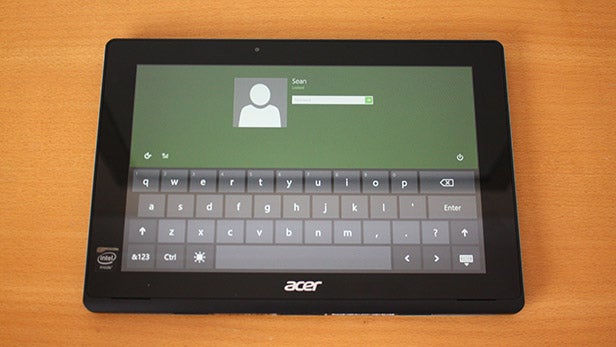 The Acer Aspire Switch 10 E is a good hybrid all-rounder, and its lacklustre performance is reflected in the budget pricing. We’ll need a full review model before we can cast our final verdict, but it seems like Acer has nailed its target market.