The 1More H1707 are over-ear headphones featuring multiple drivers in each ear cup, something that you’d normally only see in in-ear models.

They’ll be sure to turn heads then with their unusual approach to engineering and bold design, but do they sound good enough to justify the £199/$199 price?

On the whole, yes they do – although we’d still opt for the Audio-Technica ATH-MSR7 or Sennheiser Momentum 2.0, which do a better job of pulling vocals out of a mix for a more dynamic sound. 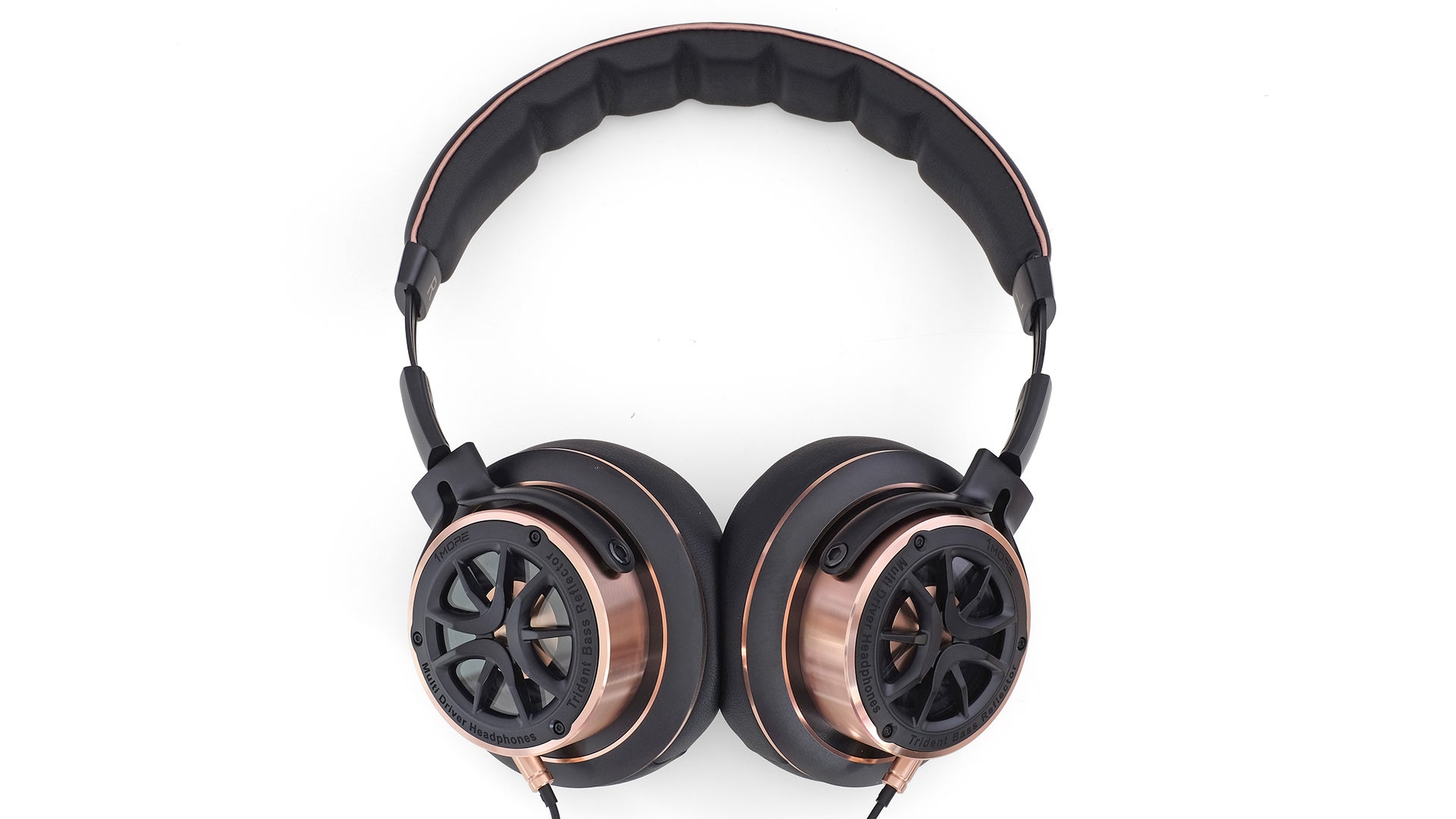 The 1More H1707 are full-size over-ear headphones, but are relatively small in their class. Parts of the totally round faux leather pads sit on your ears rather than around them, but I’ve found them comfortable even after a few hours of use.

The design features bright, brassy-gold outers on each cup; you can even snatch a peek of the main driver through the transparent rear of the cup. Although a little too bold for my taste, the design is confident and lacks the usual inconsistencies you see with products from some younger Chinese headphone-makers. 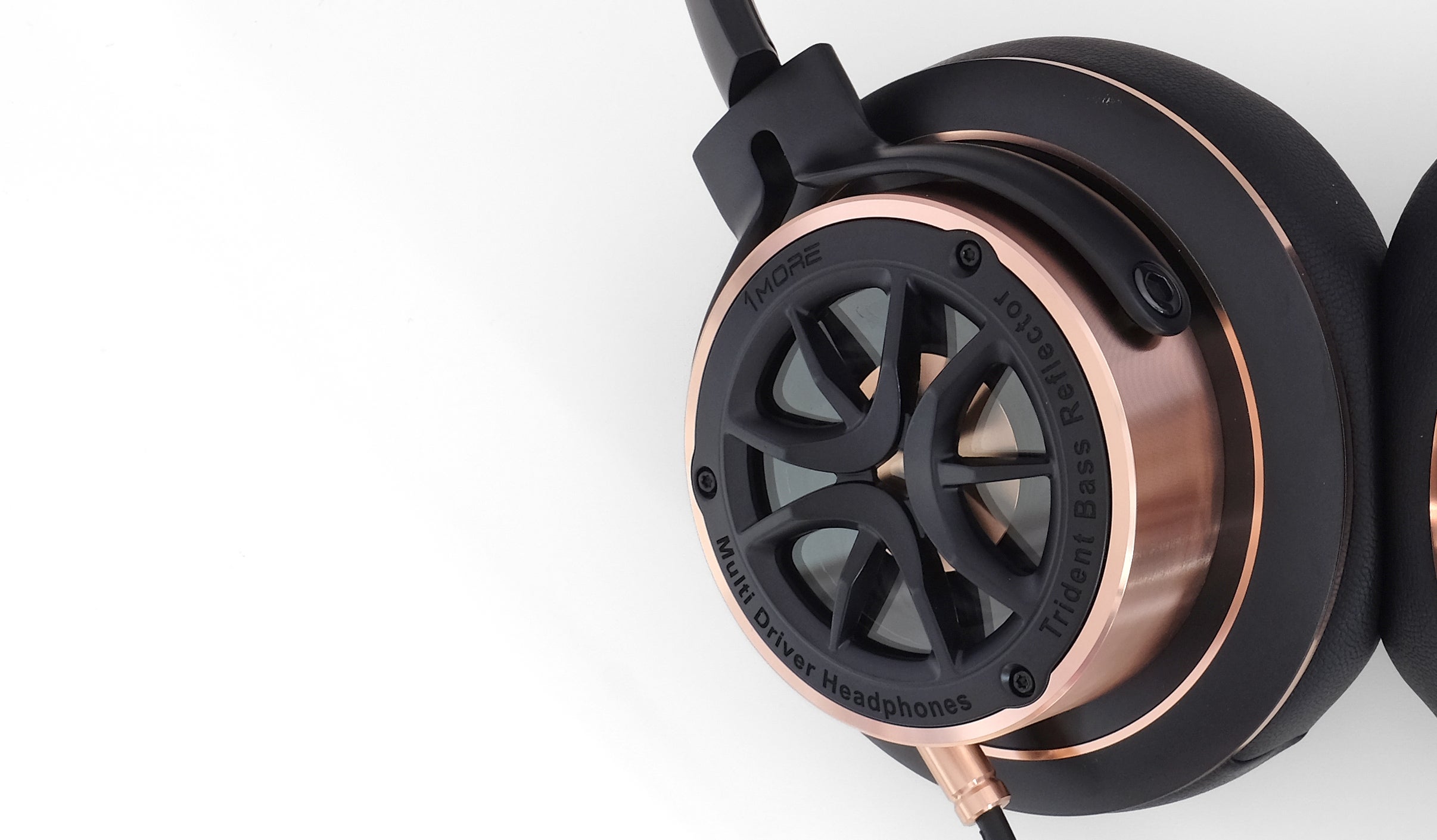 There can be no doubt about the fact that these are portable headphones. The headband folds up, a carry case is included in the box, and the foam-padded headband sits close to your head. However, I’d say they’re more semi-open headphones rather than the closed kind that I prefer for use on a train. 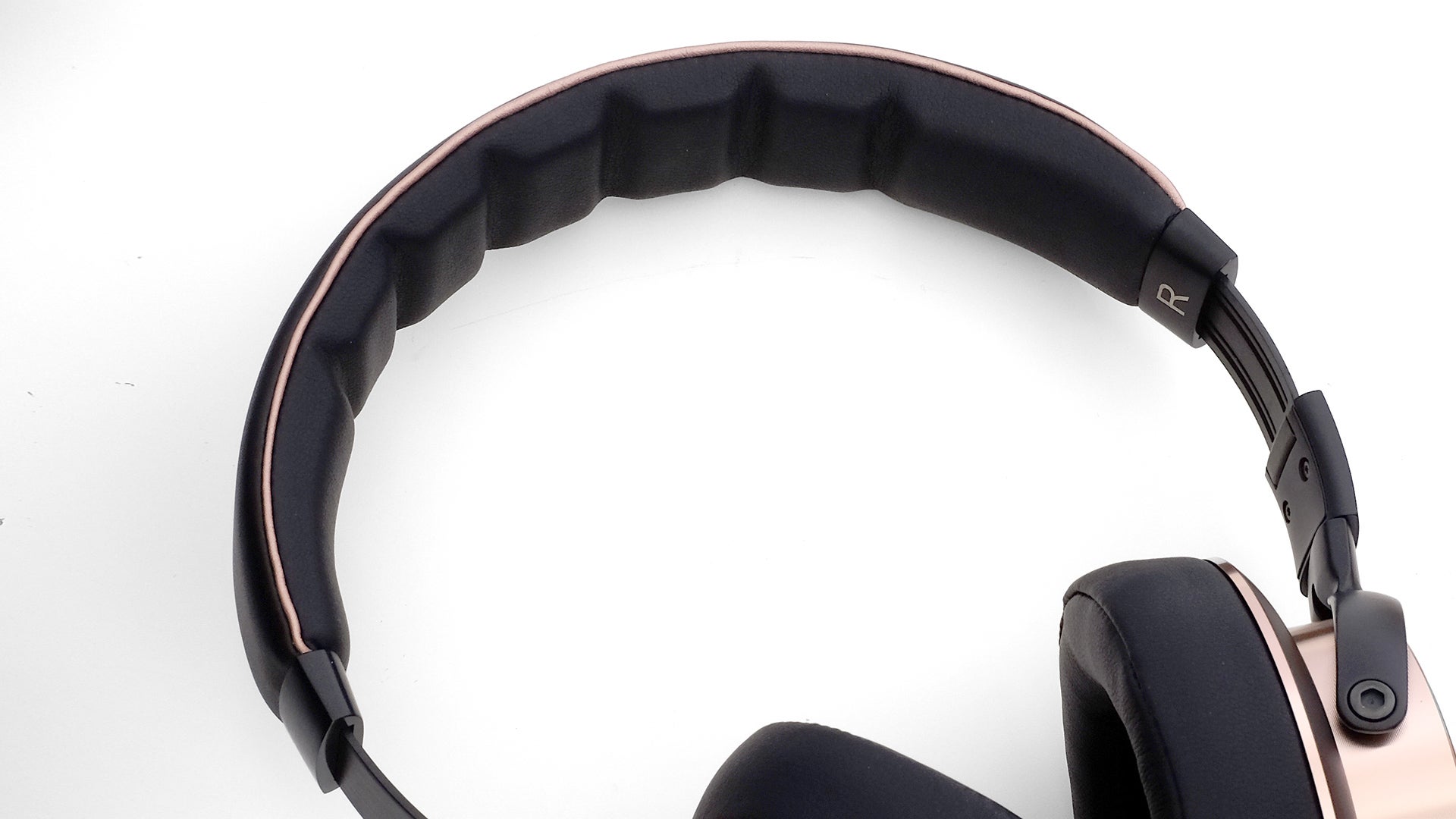 Noise isolation is only light, with the H1707s leaking more sound than models with a more traditional closed design. Put your ear to the back of the cup and you’ll hear music quite clearly. I’d think twice about using the 1More H1707 for a daily commute via London Underground, for example, which is quite noisy – but they can cut it in most other scenarios. 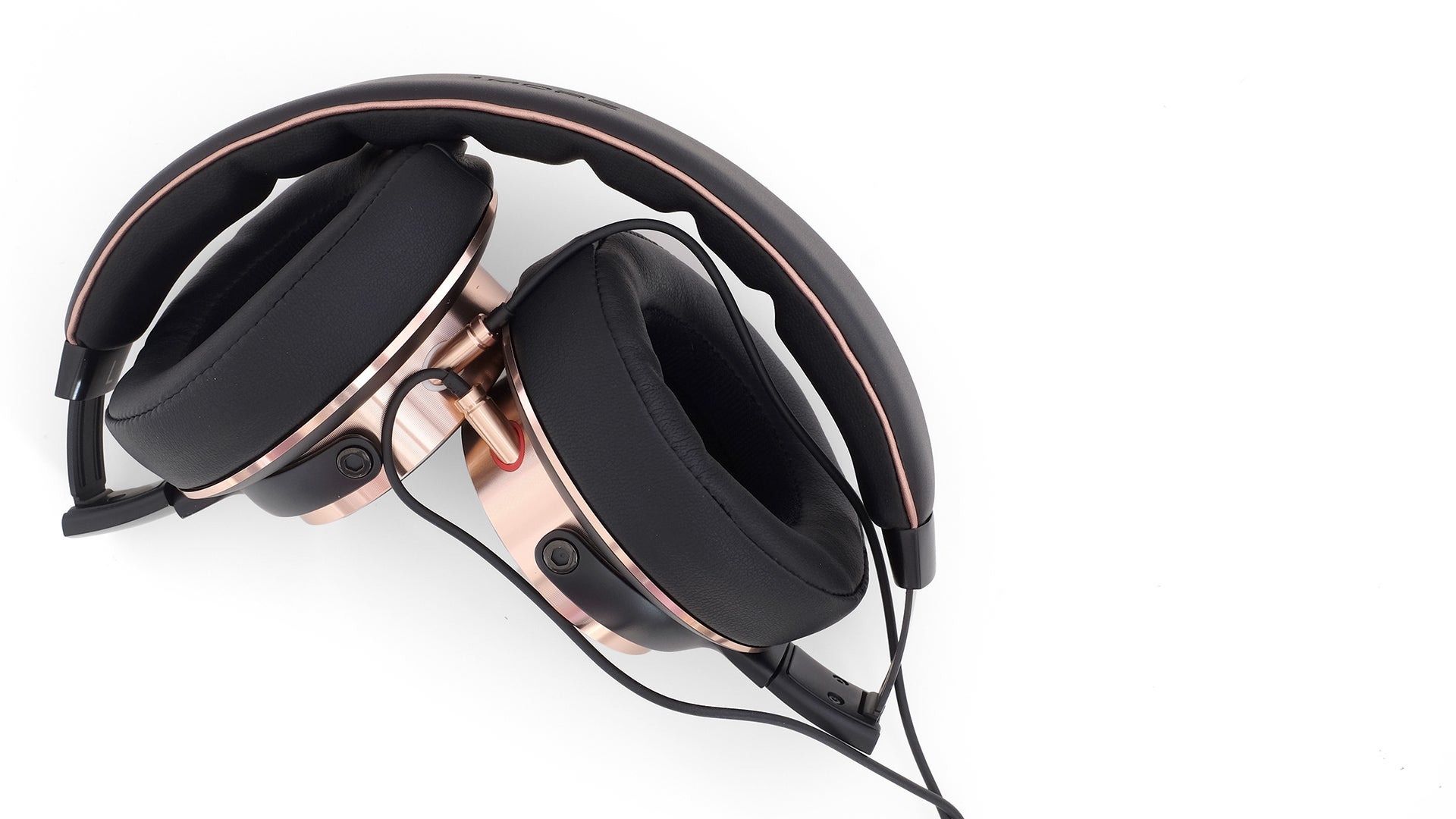 1More is also clearly out to woo the audio fan crowd, not just those with a penchant for stand-out portable headphones. The cable attaches to both cups, and there’s no in-line remote – both things that I’d expect to see in an audiophile headphone, not a £200 street model.

Featuring characteristics from disparate styles of headphone make the 1More H1707 appear confused – and perhaps not perfect for any single use. 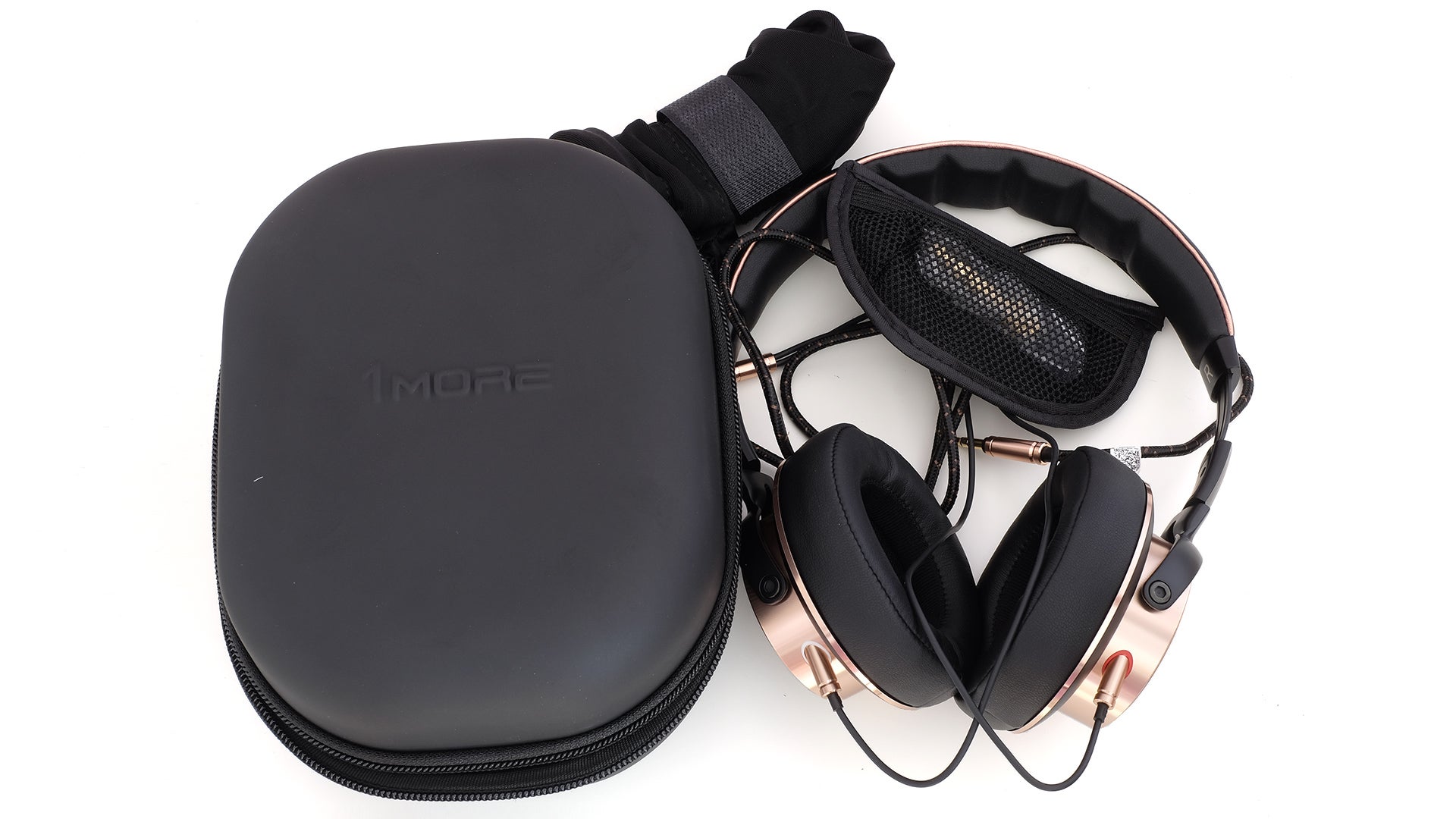 1More states that the H1707’s are triple-driver headphones, something unheard of in models of this size/style. However, these claims aren’t as dramatic as they first sounds.

These headphones feature a standard dynamic driver, a tweeter-style piezo driver to deliver the highest frequencies, and a “bass reflex system”, which is effectively just a deliberately designed port intended to improve bass. If we’re to judge the 1More H1707 by the same metrics as other headphones, I’d call these dual-driver headphones.

As with the in-ear triple-driver, the multi-driver design is as important for marketing as it is for sound. 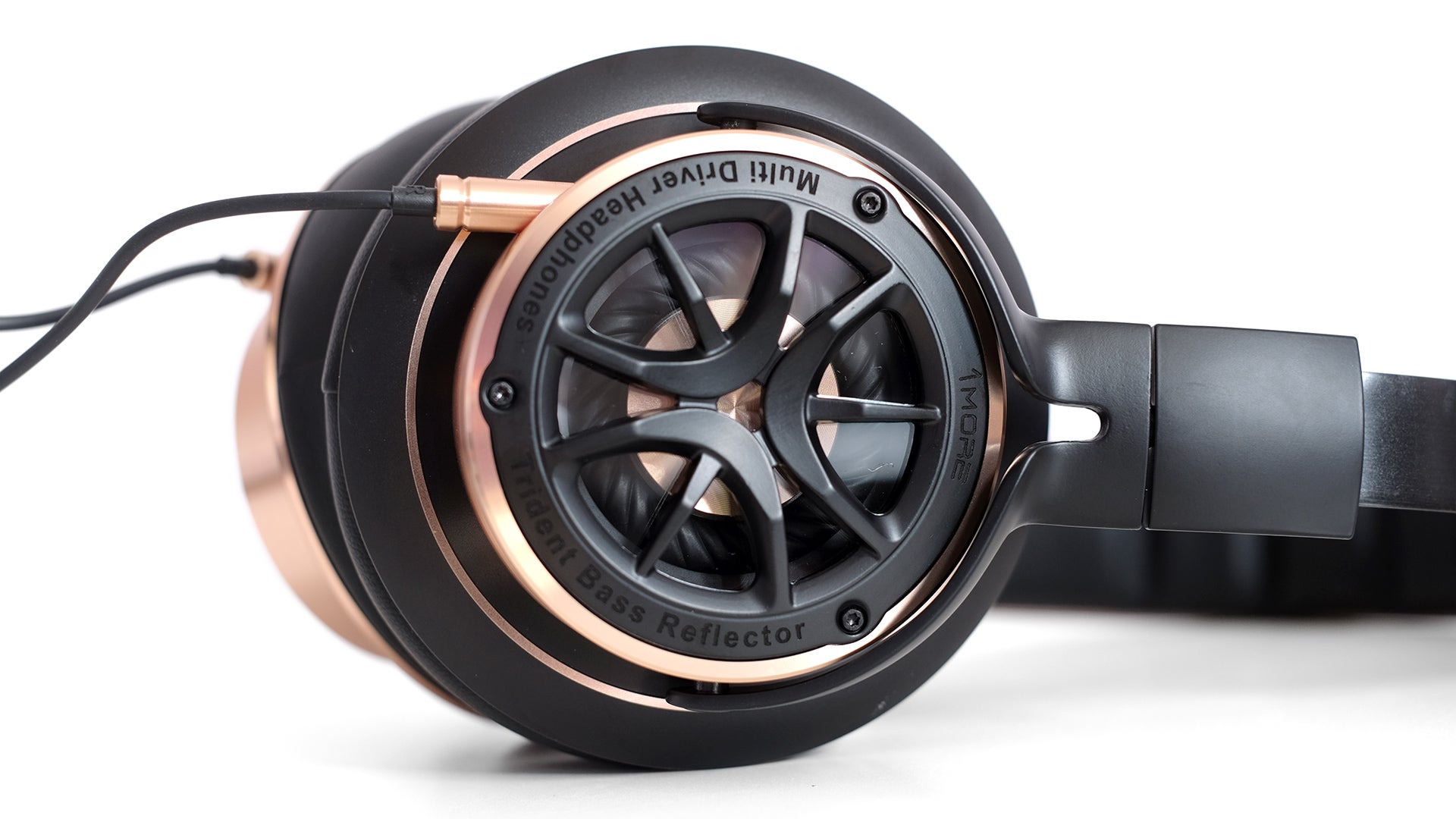 Nevertheless, the sound delivered by the 1More H1707 is actually very good, standing up well to the best portable headphones in the £150-200 class.

The soundstage is wide for a somewhat closed-back headphone, outdoing the Sennheiser Momentum 2.0. There’s also good detail in the upper mids and enough finesse to justify a place in this category. They’re smooth-sounding.

Bass is well-controlled and punchy, with enough power to compete with a decent level of ambient noise without dominating the sound. There’s also rather good airiness or ‘space’ to the bass, which may be down to the bass reflex system of the 1More H1707.

Treble is detailed but not as intense as that of, say, the Audio-Technica ATH-M50X. The H1707 don’t come across as overly bright – a characteristic that can turn some folk off otherwise top-performing headphones. 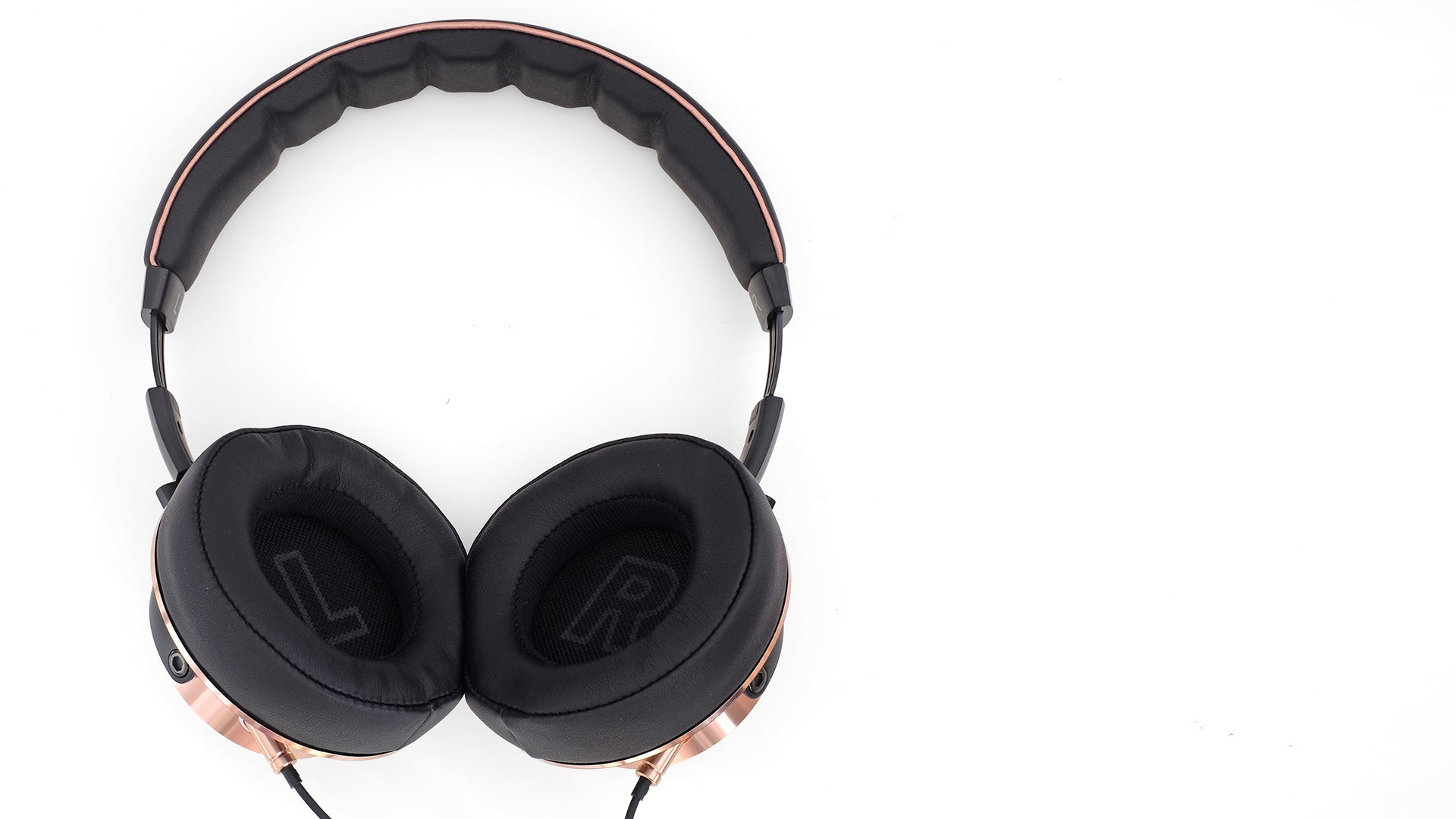 Comparing the 1More H1707 directly with the Sennheiser Momentum 2.0 and Audio Technica ATH-MSR7 reveals a deficiency in the mids.

These headphones don’t separate and project the mids as well as the best models out there. Feed them a baritone or bass-register vocal wrapped in a full arrangement of guitars and drums – pick your instruments here – and the mid-range meat sounds underserved.

Typical of a headphone with recessed mid elements, vocals have a little too much of their texture and detail represented in the upper mids. At higher volumes there’s also a slight ‘honk’ to the mids, which can be hard on the ear.

These aren’t my favourite sub-£200 headphones, but the expansiveness of sound they offer in a portable package is impressive. 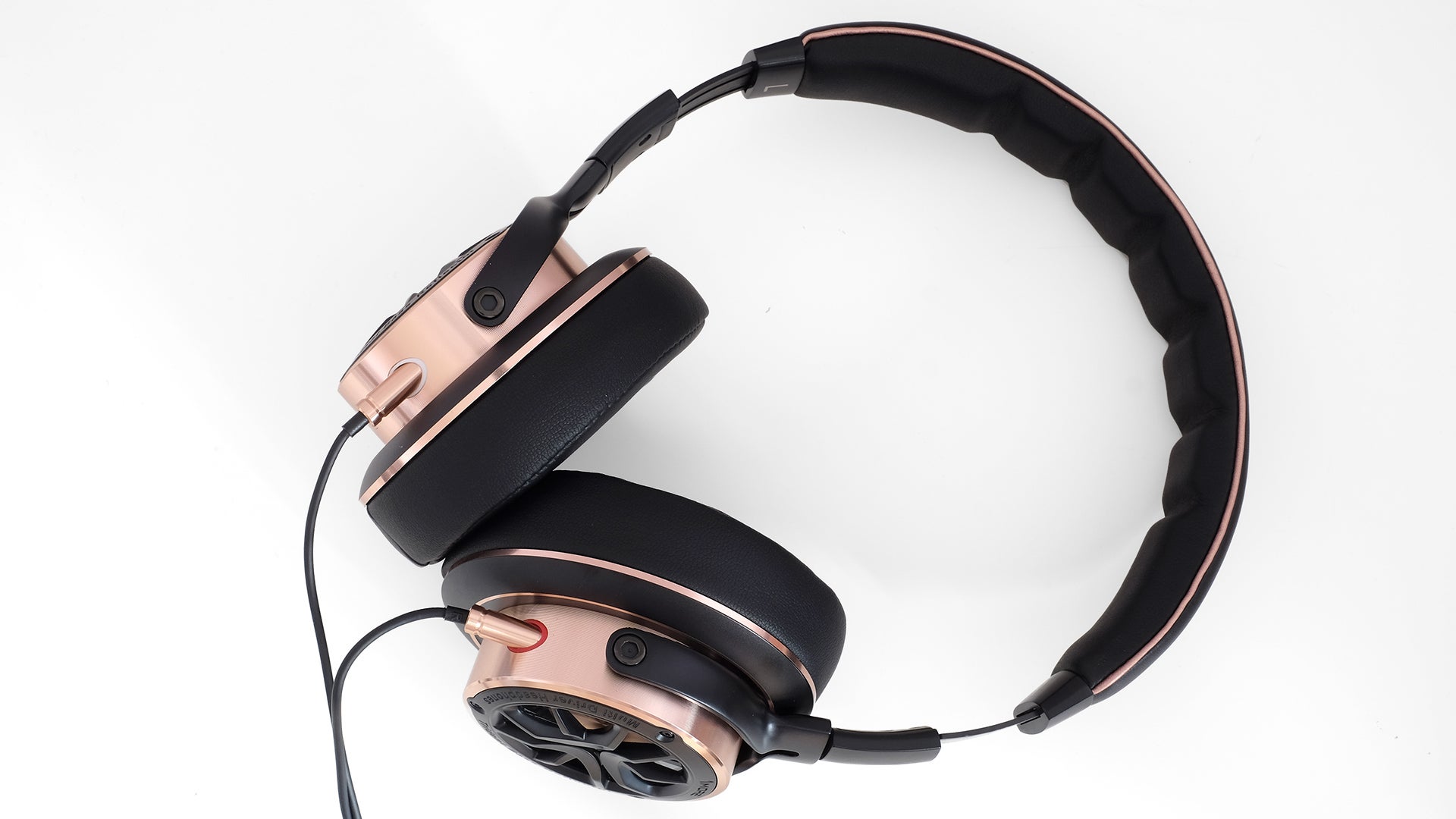 Like the 1More Triple Driver in-ear, the 1More H1707 try to bowl us over with their unusual tech. Multi-driver full-size headphones are unorthodox. Even the most expensive pairs in the world – such as the Sennheiser Orpheus HE1060 – have a single driver for each ear.

The bass reflex system and quasi-open design give the 1More H1707 unusually wide and open sound for a portable headphone. Sound quality is decent, too.

However, sound leakage is an issue, and the relegation of certain parts of the mid-range mean these are only very good, rather than truly great, headphones.

A bold design and decent sound combine to create a solid, higher-end pair of portable headphones – but niggles mean they fall short of the best.