For most people, they exist only to prove headphones can be this pricey. And even if you can afford them, I doubt they’ll ever be that easy to get hold of. Sennheiser can only make 250 a year thanks to the painstaking way they’re put together.

But enough of the luxury fluff, let’s get down to whether they’re actually any good, or whether Sennheiser’s just pulling an emperor’s new clothes trick on us. 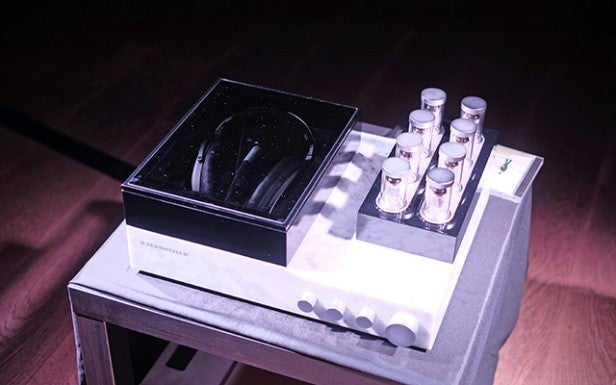 And no, you can’t just buy the headphones themselves because this is an electrostatic pair. These are the least convenient kind around, requiring an ‘exciter’ box. You can’t just plug them into an iPod.

The Sennheiser Orpheus HE1060 don’t half wallow in their own almost obscene luxury too. As well as the amp section being finished with real marble, the valves and control knobs silently open up in sequence as you turn the set on. They emerge like something out of 2001: A Space Odyssey. Just using the thing feels like an event. 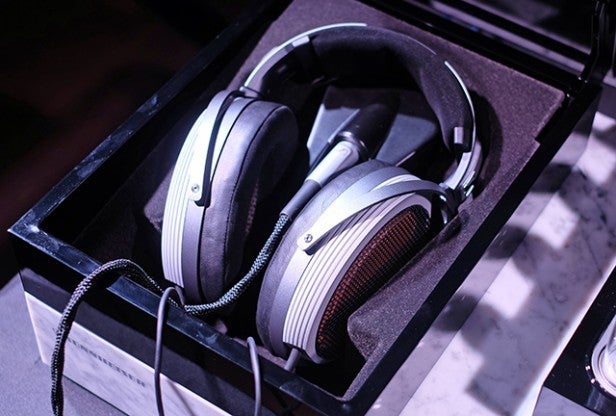 The part that looks like a box holding the headset is an attached part too. Its lid is motorised, and in the box is where the HE1060’s balanced input lives. The level of engineering here is a bit mad. But then a Sennheiser Orpheus set was never going to be remotely ordinary.

Look at the headset in isolation and it seems far more conventional, though. The look is an awful lot like the original Orpheus HE90, with a far less outlandish look than the ‘mere £1,000’ futuristic Sennheiser HD800.

As with any pair of electrostatic headphones, the Sennheiser Orpheus HE1060 are fairly heavy. However, the padding is superb. Thick, and squishy with a head-hugging feel, it makes the weight a non-issue. 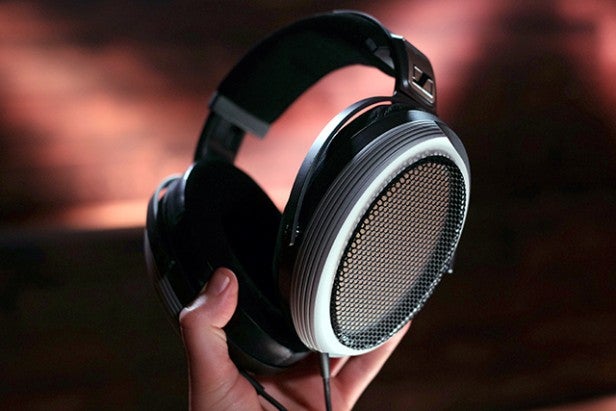 Loads of thought has gone into this too. The ear pads use a mix of leather and a microfibre blend, making sure that the leathery bits don’t touch your skin. I find leather (or fake leather) pads pretty comfortable, but then I live in London, not Miami. The design is out to avoid causing any sweating.

The HE1060 shells are made of machined aluminium, but with a texture that adds a level of softness. The idea of making headphones that feel like £35k is barely sensical, but these have a stab at it.

Just like the HE90 and almost all of Sennheiser’s top-end sets, the Sennheiser Orpheus HE1060 are totally open-backed. There’s zero isolation. But if you can afford this pair you probably live in a pretty nice house without tower block-style paper-thin walls. 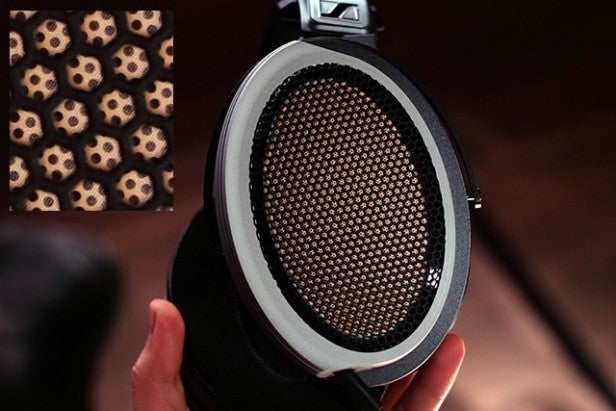 It seems almost pointless to talk about the sound quality in the terms we do for, say, £70 headphones. There are no major flaws in the Sennheiser Orpheus HE1060’s sound. It is, obviously, awesome.

The texture and realistic ‘weight’ of the mid-range gives vocals an authenticity you just don’t hear often, the bass is effortless and powerful. The treble is natural and precise. It has the detail of headphones with a trebly emphasis, without having any obvious focus in that area. 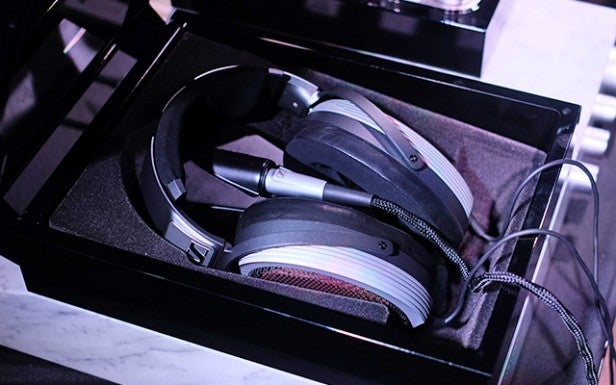 Instrument separation is terrific and compared to much of the HD range, the presentation is much more up-front. It’s not dark or flat-sounding like some of the mid-level Sennheiser open-back sets.

In classic sound demo style I listened to some Pink Floyd and some jazz through the Sennheiser Orpheus HE1060. The most obvious win is how good they are at maintaining a sense of airiness and coherence at the lowest registers. It’s remarkable stuff. 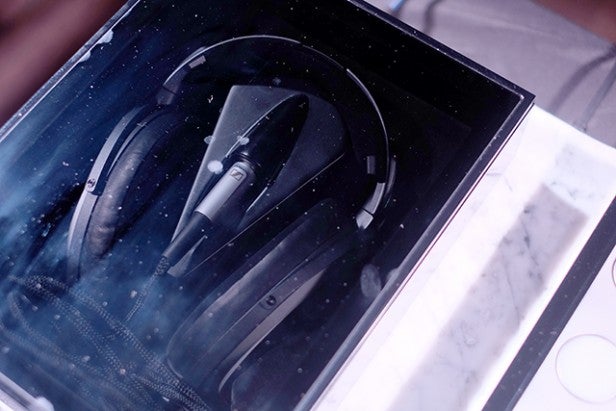 If you’re reading this there’s a good chance you’re a bit of a headphone nerd. And for that crowd the big question here is how this pair compares to the old Orpheus from way back in 1991, and Sennheiser’s more conventional HD800.

The answer is that the HE1060 are fairly similar to the HE90. I got to try that pair a couple of years ago, and the rich tone was instantly recognisable.

I’m working on pretty old memories at this point — Sennheiser didn’t have the new and old models to try side-by-side — but the bass in the new pair seems to be significantly improved. Or at least more closely controlled, to appear a smidge more natural.

Ultimately, the Sennheiser Orpheus HE1060 are absolutely Orpheus reborn. 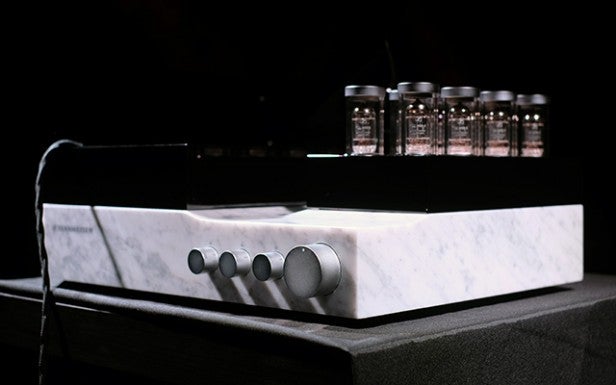 The differences between the HE1060 and HD800 are far more obvious. It’s no surprise because they’re totally different. This is an electrostatic set, which uses a very large 2.4 micron thick driver where the HD800 has dynamic drivers. Those are ‘normal’ drivers.

Contrary to what you might assume, the HD800 actually have a significantly larger sound stage, and will seem more obviously ‘epic’ at first listen. I’ve never heard an electrostatic headphone that’s managed to rival the ginormous scale of the HD800. They also have much more a sense of delivering micro-detail than the HE1060.

However, the Sennheiser Orpheus are much more ‘real’ sounding, and much more honey-glazed, without any of the sugary softness that often comes with. The HE1060 are much better, but they are also very different, offering a different kind of thrill.

For the sheer headphone pornography factor of it all, here are some more shots of the gear: 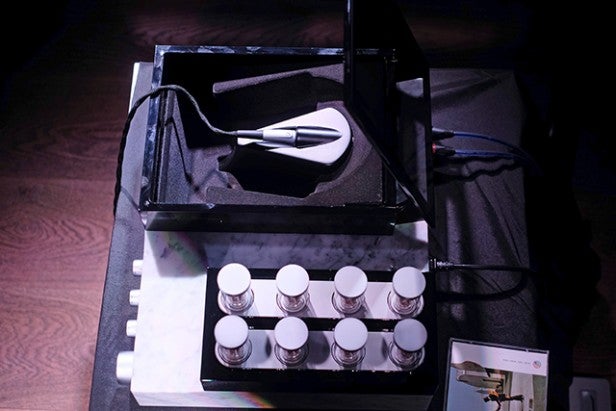 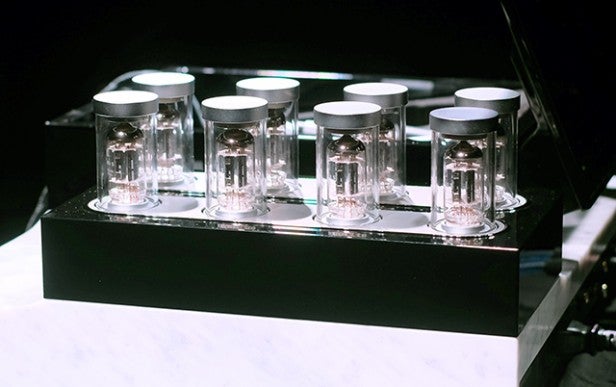 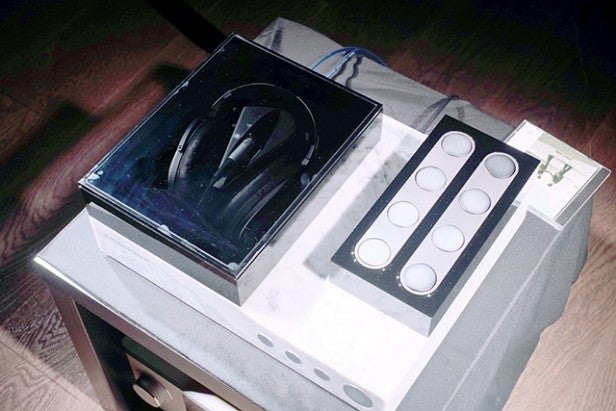 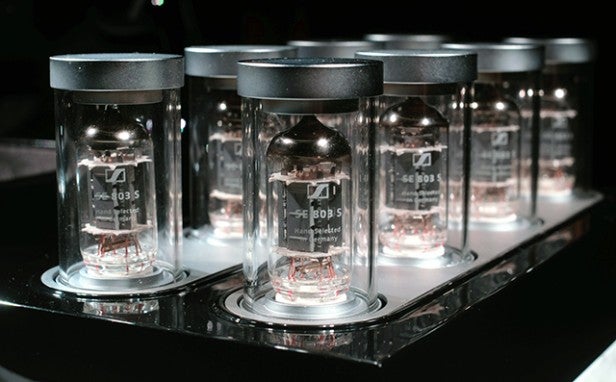 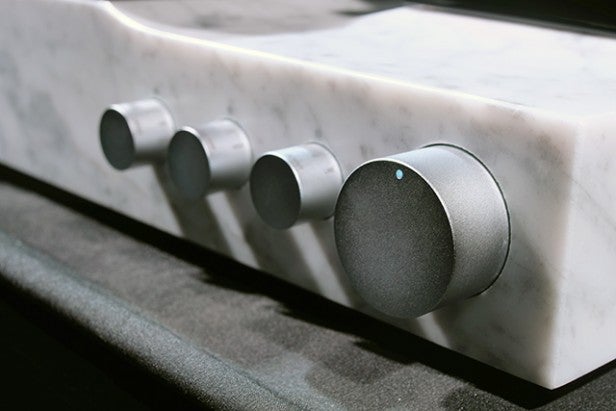 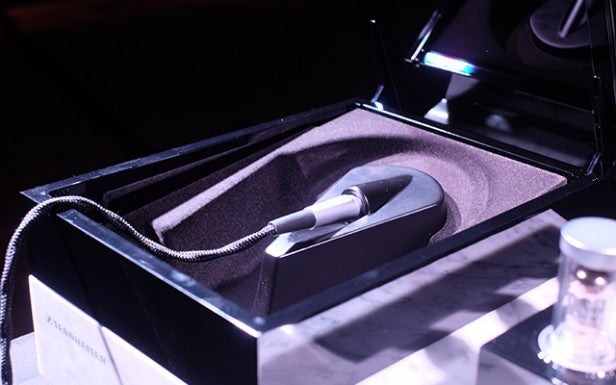 Ultra-fine control and ultra-low distortion mean these are headphones you should definitely experience if you get the chance. Exactly how you might get to is a mystery though. You’ll probably never know anyone who owns a pair and you’re not going to see these ready to audition down at your local John Lewis any time soon.

The one little ray of light is that the Sennheiser Orpheus HE1060 aren’t going to sell as a deliberately limited edition like the HE90. However, with Sennheiser’s production capability limited to 250 units a year, it’s a rare beast by its very nature.