What are the 1more Triple Driver?

They may have a name that sounds like a brand of guilt-free snacks, but 1more is a headphone-maker worth checking out. Like TrustedReviews favourite SoundMagic, it’s a Chinese company that makes affordable earphones that are hard to beat at the price.

The 1more Triple Driver is perhaps the best example of this, with these triple-driver earphones available for under £100. By comparison, the Shure SE535 triple-driver pair cost £366. But before you get too excited, these aren’t a match for the big names when it comes to audio fidelity. 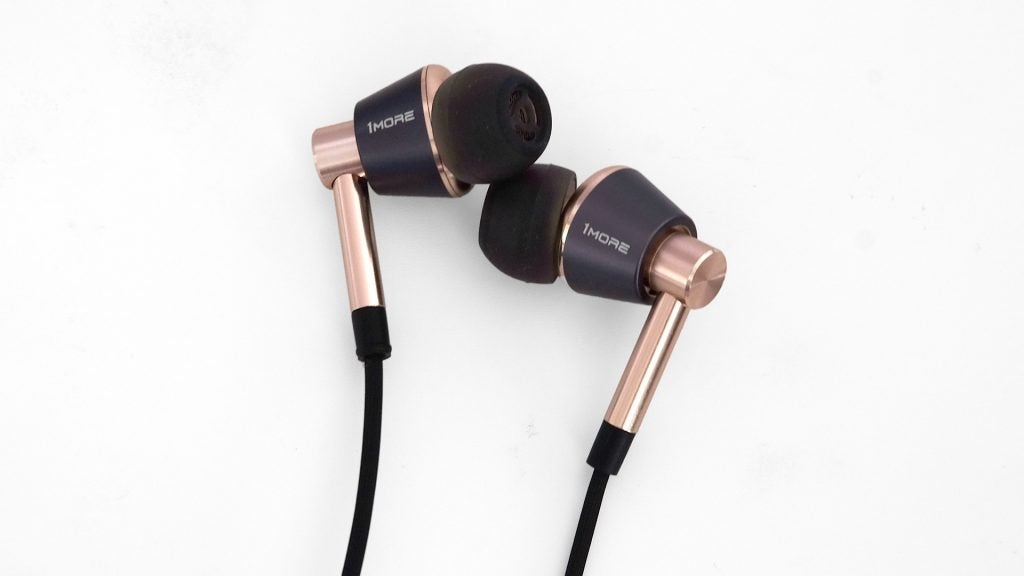 When a piece of tech appears to deliver a little too much for your money, it’s probably because there’s a trade-off somewhere. In the 1more Triple Driver, this doesn’t come in the design, build or presentation, however.

They sport a smart-looking two-tone look featuring gold and dark brown, and are fashioned from aluminium. Next to true high-end triple-driver earphones such as the Shure SE535, they look rather normal in size too. 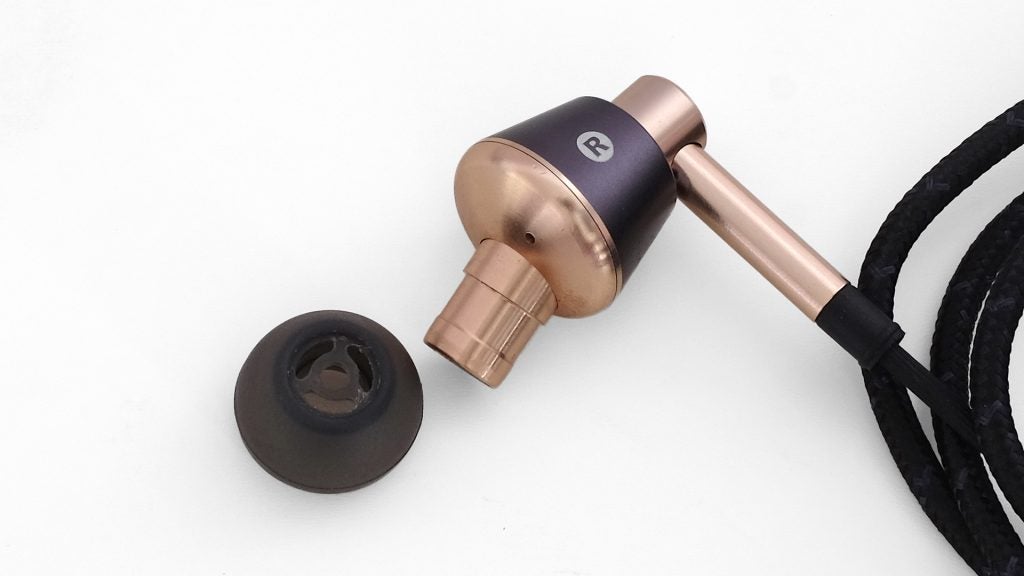 There are two practical knock-ons of the triple-driver array. First, pull the tips off and you’ll see the 1more Triple Driver have giant apertures. This isn’t native to multi-driver designs – the Shure’s apertures are tiny – but it’s all about how the engineers work out the interior design. According to 1more’s diagrams, the balanced armatures actually live in the ‘tube’.

The other potential niggle is that the earpieces feel a little heavy. I have ear canals only marginally smaller than the sides of my head, and before switching to the largest bundled tips, they worked their way out of my ears all the time. However, these headphones come with a fantastic selection of tips, in far more sizes than the average in-ears.

There’s even a pair of chunky foam tips, which are what I’ve been using for the most part. The comfort is fine rather than great, but virtually all triple-driver earphones have some element of the fit that turns people off. Normally it’s a cable, which demands to run over your ears – something you don’t have to worry about with the 1more Triple Driver. 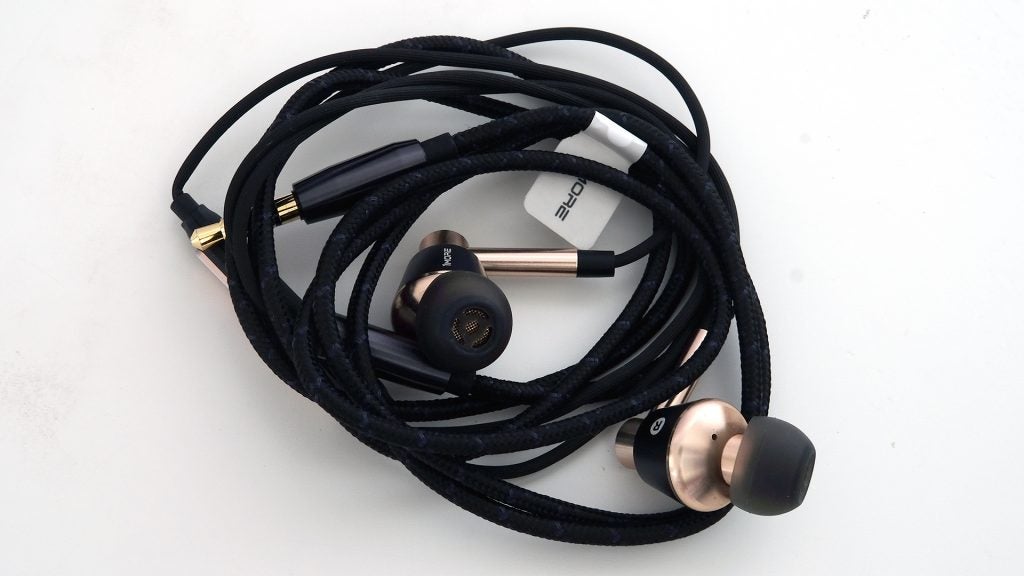 Isolation is only fair, too. That said, a decent amount of treble noise is attenuated so it isn’t a reason to walk away.

A short way down the 1more Triple Driver’s right bud there’s a three-button remote designed for iPhones and Android owners alike. You can play/pause button, and alter volume. These buttons are gold, set to almost match the earpieces, and are made of aluminium rather than the usual plastic. The housing is plastic, which is a good decision when it would likely otherwise be too heavy. 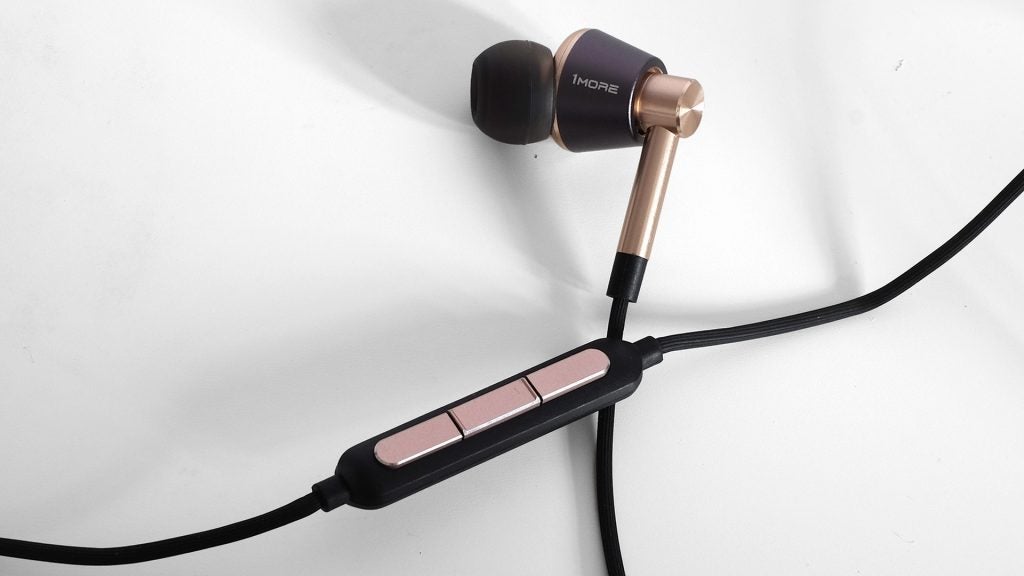 I’ve worn the 1more Triple Driver for a couple of longer runs. The first time was before I’d switched tips, and the remote quickly dragged the earpiece out of my ear. With a large-enough tip in place, however, they’re perfectly fine. 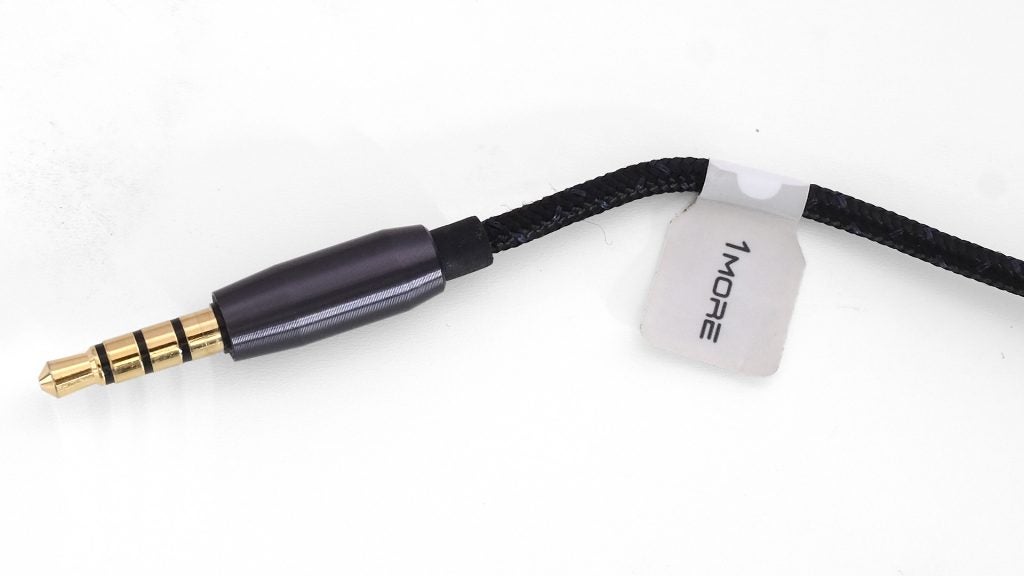 The 1more Triple Driver have two balanced armature drivers and one dynamic driver, the kind used in around 99% of earphones.

Either way, this kind of driver array is almost unheard of at this price. It’s important not to get duped by the superficial value-for-money factor, however. A 10-driver headphone could still sound poor.

The 1more Triple Driver are good-sounding earphones, but they don’t really belong in the company of other £300 triple drivers. No great surprise there, then. 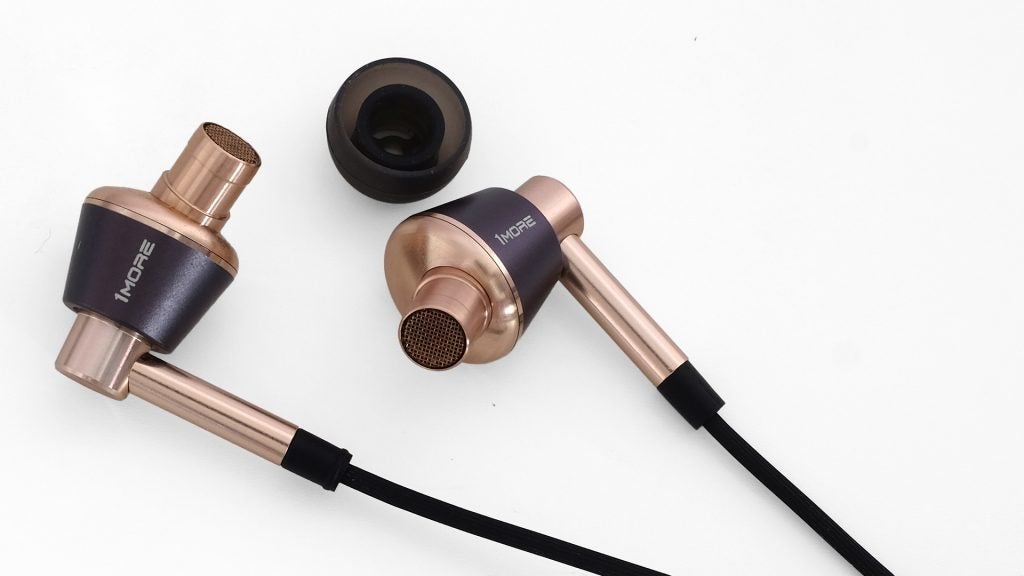 Stepping back for a minute, the 1more Triple Driver’s basic sound character is one with a focus on bass at the very top end of the mids and the treble.

Most triple-driver pairs have a much more balanced approach, typical of a true high-end earphone. The 1more Triple Driver are instead out to impress.

The accentuated high treble gives an impression of excellent detail, really making the texture of higher-register vocals apparent. On the other end of the scale, the robust bass is there to add a bit of fun and power to the 1more Triple Driver mix.

Perhaps my biggest issue with these earphones is that I don’t find them all that cohesive. The zing of the treble seems bolted on and, more glaring, the bass sounds a little disconnected from the rest of the sound. Integration of the dynamic and balanced armature drivers isn’t great.

The treble detail also throws shade on the mids. They don’t have the prominence needed to sound like more than a secondary part of the mix: the background. Better mid-texture and weight is needed for truly accurate rendering of vocals, and this exacerbates the sense the sound is awkwardly modular. 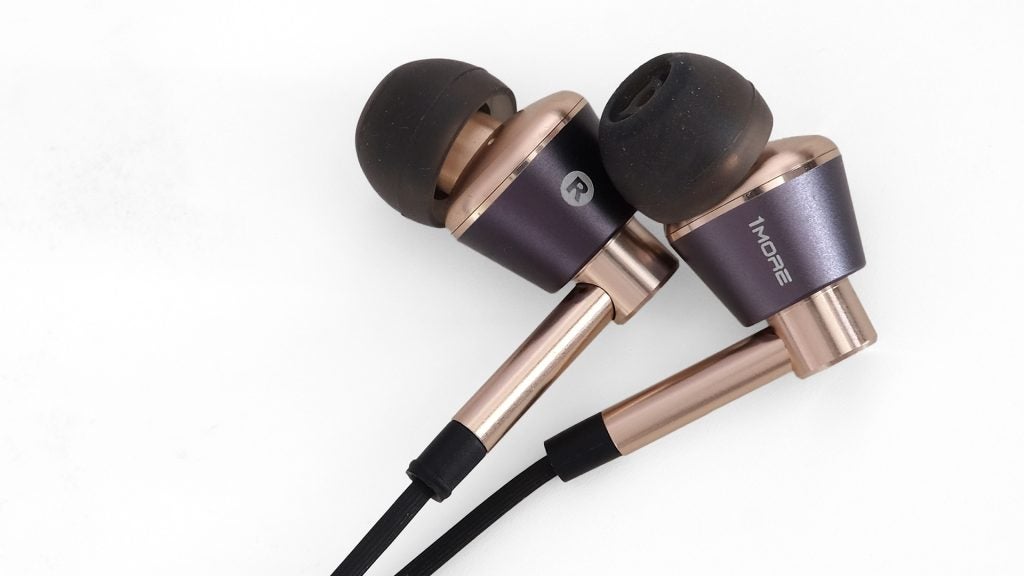 Should I buy the 1more Triple Driver?

I’ve levelled quite a few criticisms at the 1more Triple Driver, primarily because I don’t believe they pull off what they appear to want to achieve. These aren’t really a match for the classic multi-driver or high-end earphones from companies such as Shure and Sennheiser, since there’s a vacuum of musical information in the mids.

However, given their low price, they remain a strong contender if you don’t like the look of the Sennheiser CX 5.00 or Sennheiser Momentum In-ear, for example. Those pairs have better coherence but less upper-frequency energy.

Great value for triple-driver earphones, if not quite the revolution they at first seem.