YouView next-gen update: YouView has just had a massive software update intended to take the fight to rival smart TV services like Sky and Virgin. Is it any good? We went eyes-on with the new-look YouView and these are our first impressions.

YouView was the first hybrid over-the-air/internet delivered TV service to launch in the UK. What Freeview Play has only just started to do, YouView was pioneering back in 2012, and as its rivals play catch-up, YouView is in the process of rolling out a massive update that fundamentally changes the look and feel of its service.

Just how different is the new interface, and how does the refresh compare with rival smart TV platforms like Sky and Virgin?

I had an early eyes-on with the latest version of YouView, and quickly discovered that the new look brings with it plenty of fresh functionality. Here’s everything you need to know.


YouView is moving to the cloud


YouView 2.0 is cloud-based, which has big implications for content and recordings, not least the fact that it’ll allow you to view your stuff on mobile devices.

While this multi-platform approach remains a work in progress, it’s not a stretch to imagine a YouView app that allows you to watch your recordings while out and about – the trick being that your programmes are streamed directly from the cloud rather than a physical library.

How will this work?

Data about what was recorded always used to reside in the box, but by moving it to the cloud, both your box and recordings list become identifiable on the go.

TalkTalk and BT viewers will be able to programme their boxes via dedicated TV apps, enabling them to set reminders and recordings from their phones.

YouView also says that it’ll be able to implement updates more smoothly. It promises to drop in extra features and crush bugs every two weeks or so, claiming that the user won’t be aware of these tweaks thanks to the new cloud infrastructure.

Beneath the bonnet, there’s a new code of practice as well. The next-gen YouView UI is rendered in HTML 5, rather than Adobe Flash, and I noticed lots of cute visual refinements (such as transparencies and animations) in my time with the new platform. These can be switched off if viewers want to improve basic legibility.


Related: What is YouView? A complete guide 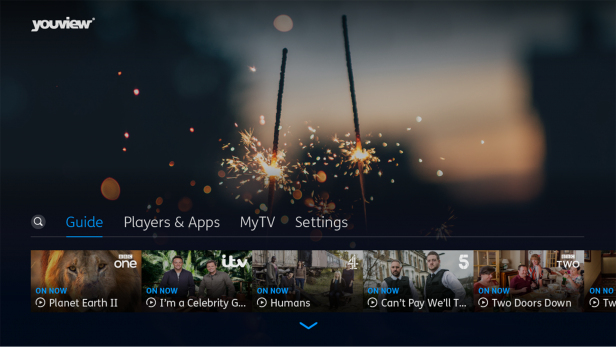 Every YouView box is being upgraded

Designed with the mantra ‘no box left behind’, the update will be applied to every YouView box out there, regardless of age – that’s approximately 2.5 million homes set to get the upgrade.

The only likely exception is Sony’s smart TVs, as YouView says it is in discussions with the Japanese TV maker to ensure the update doesn’t interfere with any existing library recordings or purchased content.

The version I had access to was running on a standard Humax set-top box, with no extra pay-TV bells or whistles. My
fears that the update might slow down the older hardware proved unfounded, and during my early audition I was nipping around the menus as fast as my fingers could punch buttons. 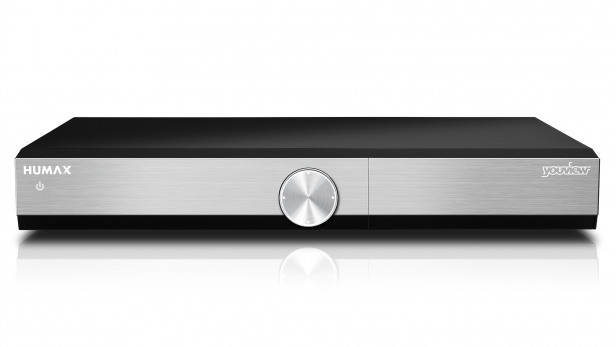 Learning from the best


The first thing you might notice about the new YouView user interface is the wholesale use of TV images.


The UX is now largely focused on a ‘mini guide’ in the lower third of the screen, where you can cycle between a few different options: On Now, Player & Apps, MyTV (the new name for My View, aka your recordings library) and Settings. It’s not unlike the brilliant LG webOS smart TV system.

In MyTV, for instance, there are pictures for every item of recorded content, complete with a little Play symbol – it’s hardly revolutionary, but a nice intuitive touch.

The TV programme guide itself is the one element of the YouView experience which hasn’t been altered. Core functionality like the roll-back EPG and Recommendations are unchanged, which is no bad thing.

The new YouView Search is excellent


Search is key to the new YouView design, and the system uses programme metadata better than any other TV platform I’ve experienced.

For example, search for Planet Earth 2 and the pictorial results not only pull up the show (from BBC iPlayer), but related programmes of interest, such as an episode of The Graham Norton Show on which David Attenborough appears promoting the series.

Searches also integrate Netflix results, so a query for Top Gear will bring up a clickable bar of classic Clarkson shows currently available on both Netflix and Dave.

It’s nice to see Netflix sit alongside other content providers, as it means you can pause your Luke Cage marathon to set a recording on the programme guide without ever leaving the Netflix app.

There are a few other platforms that offer similar functionality. Roku’s software, for instance, serves up results from 20 different streaming channels, but it’s still hardly the status quo. It really should be. 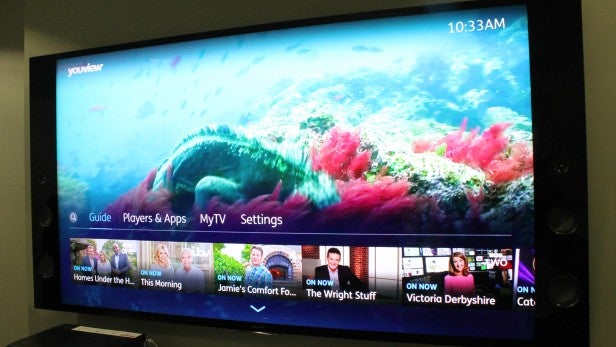 The switch to HTML 5 has led to an attractive, graphically rich environment; a new design that, in my opinion, is far more engaging than what’s offered by Freeview Play. At the same time, it’s still all undeniably YouView and that’s a good thing, as no learning curve is required.

Yet while the user experience may be evolutionary, what’s happened beneath the lid is more dramatic.

Using a cloud-based back-end opens up a wealth of new feature opportunities which, hopefully, will start to bear fruit in 2017.

Including all existing boxes in the update also warrants applause, and the fact that it doesn’t seem to weigh down older hardware is remarkable.

By way of comparison, every update to Virgin Media’s TiVo incrementally slows it down, plus YouView’s chiefs said that the new platform should be able to run on low-cost devices (I’m guessing mini-style tuners without a hard drive) in the future.


In retrospect, the YouView project may not have played out quite as originally envisaged – sales of retail boxes account for a tiny percentage of the user – but as a platform for BT and TalkTalk TV, it’s found a significant audience. This update should keep people watching.

TalkTalk users should already have received YouView 2.0 on their boxes, and BT has confirmed its users will see the new interface in January 2017. If you bought your YouView box in a shop, you’re last in line – but hopefully it won’t take too long to land.

Have you tried out the new-look YouView yet? Let us know in the comments below.