YouView is a simple way to get access to TV channels and catch-up services in one place. You’ll find it in set-top boxes and a few TVs.

No baseline subscription cost is one of YouView’s main appeals, making it cheaper alternative to a Virgin Media or Sky TV package. Well, as long as you don’t want those services’ premium channels.

A YouView box has the standard Freeview channels, and you’ll have to pay for extras like BT Sport, Sky Cinema through companies like BT and PlusNet. However, a YouView box works standalones too, and lets you record, pause and rewind TV. And use apps like Netflix and Now TV.

We’ll look at a few other key appeals of YouView, but first let’s check out some of the YouView boxes.

If you already have a TV and are happy with it for now, the best way to get YouView is in a set-top box. Here are your options:

BT’s most basic box is generally sold as part of a BT contract deal. However, you can often find them on sale at Amazon from third-party sellers. It’s cheap, relatively small and will get you the core bits of YouView. However, it does not have a hard drive so you can’t record programmes. Not bothered? You can still pause and rewind TV, for 30 minutes on an SD channel or 14 minutes on an HD one. 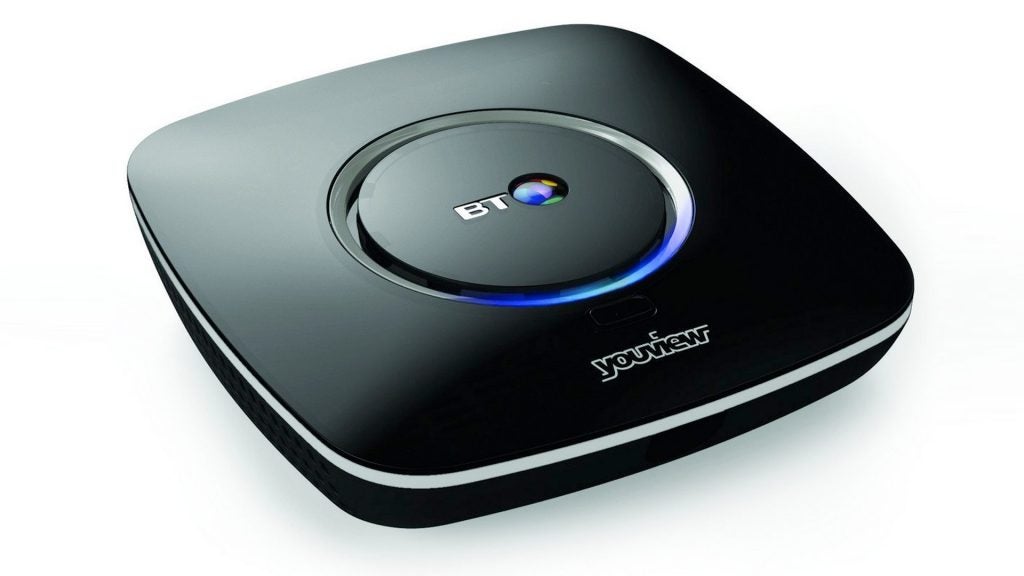 This is the default YouView box, the one you’ll see pop up on Google when you search for the term, the box you’re most likely to find in someone’s house. You can buy it for £125 online, which is a great price for a 500GB PVR. It’ll fit around 300 hours of SD TV or 125 HD hours. There’s no UHD output, which may disappoint 4K TV owners. Unlike most modern set-top boxes, it does have a SCART, though: handy if your TV can remember when Friends first aired. 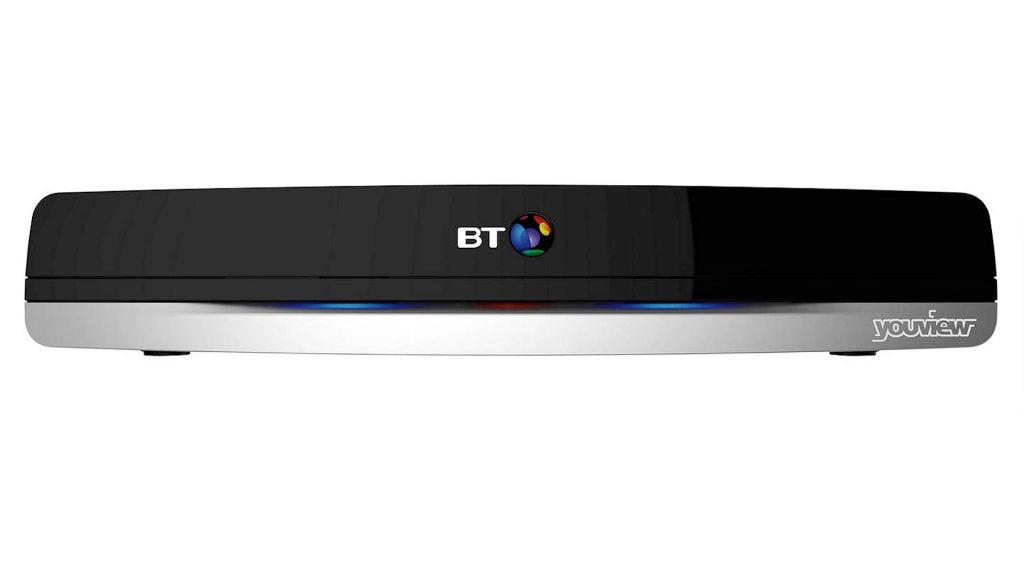 For just a little more than the mid-range BT box, you can get the BT YouView+ Ultra HD model. It’s worth the upgrade. You get a 1TB hard drive, for 125 hours of HD recording, and UHD support. Before you get too excited, this is very limited. For UHD TV you’ll need to be subscribed to BT as there’s only one UHD channel, BT Ultra HD Sport. However, it’ll also get you 4K Netflix when plugged into a HDCP 2.2 HDMI on your TV. Not bad. 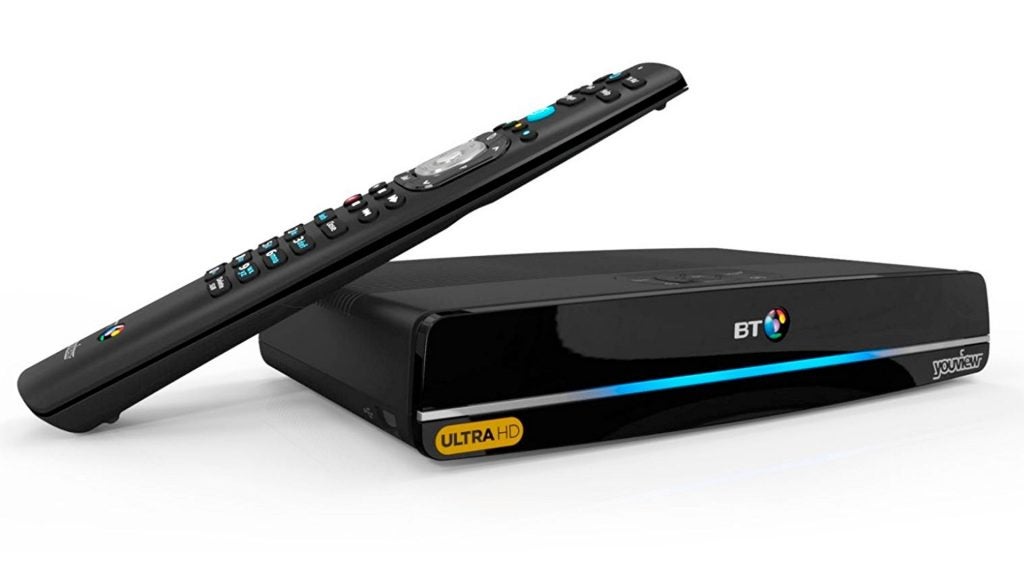 This is the main “standalone” YouView box. There’s no association with an internet or TV provider. It’s larger than most of the competition, but does have a neat brushed aluminium style front. There’s a 500GB hard drive for recording shows. Price is the main downside. The Humax DTR-T2000 is more expensive than the BT boxes, costing a similar amount as the UHD BT model on Amazon. 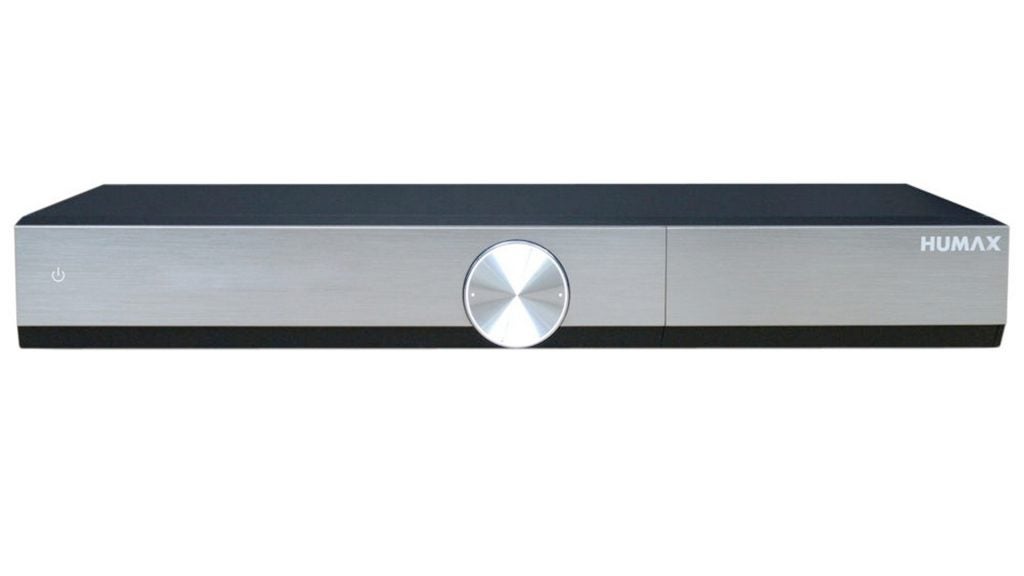 TalkTalk offers a couple of YouView boxes as part of its TV plan, which also allows access to channels like Sky Cinema, for a premium. There’s nothing too exciting going on in its basic box. You can pause and rewind TV, but not record it.

For, currently, exactly the same price, TalkTalk also offers a YouView TV Plus box. This adds a head drive so you can record TV. It’s just a 300GB hard drive, though, smaller than the competition. 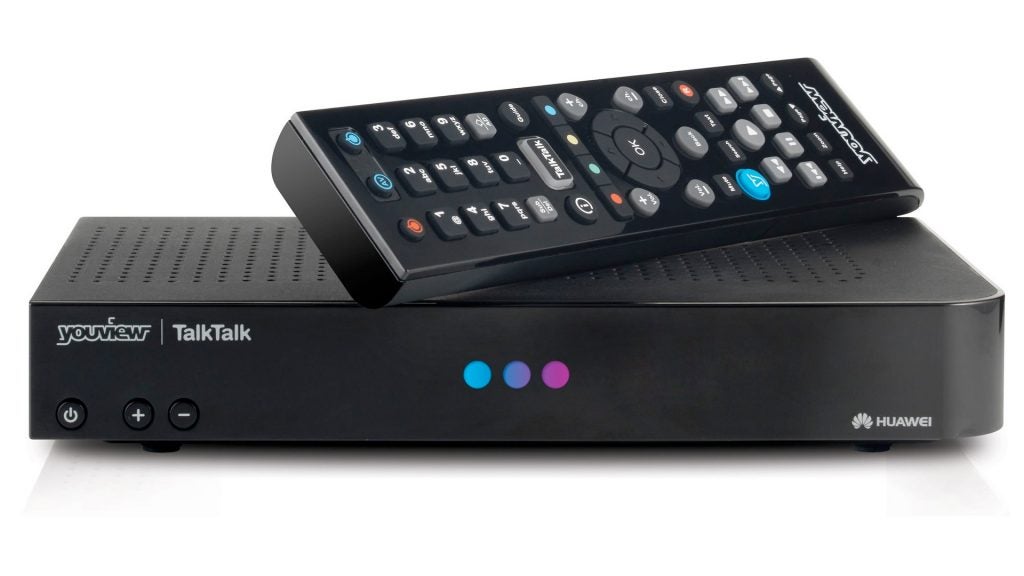 PlusNet offers what look like de-branded versions of the mid-range and entry-level BT YouView boxes. There’s one with a hard drive, one without. You pay £5 a month for this with an up-front fee of £6.99 or £57.99 depending on the box you choose. Free premium channels are the key appeal here. You can pay extra for BT Sport, Kids channels and extra HD channels, but favourites like Comedy Central, SyFy and Eurosport are included for free. 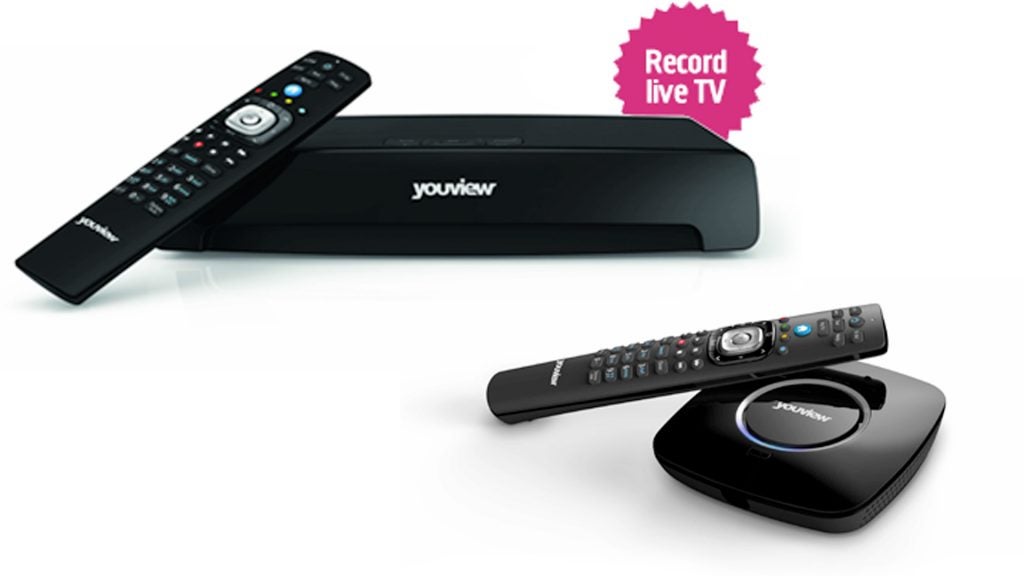 What about the TVs?

Sony is the YouView backer in the TV world. Many of its Bravia models have YouView built-in, including the affordable Sony Bravia KD43XE7003.

However, these TVs will not let you record any shows, even if you plug-in a USB stick or hard drive. This side of YouView just isn’t supported by Sony.

Why is YouView better than Freeview?

There are two main innovations to YouView. Or, at least, they seemed like innovations when the system first appeared several years ago.

The guide is perhaps the most important. This is normally a way to see what programmes are coming up. But in YouView you can dig back into the last seven days too. Many shows you’ve missed will be available to stream, as long as they’re on catch-up.

Essentially, YouView merges catch-up content with the EPG (TV guide), which is handy if you still like the feel of broadcast TV, but also want the flexibility of streamed TV. In a similar vein, YouView also lets you search through catch-up content. As techies who have mostly moved on from watching TV on a rigid broadcast schedule, this is even better than the YouView guide.

It means you can search for the name of a programme and get catch-up episodes without having to remember which channel or service they are tied to. Use a game console or standard smart TV interface to dig out a show you missed and you have to remember the channel on which it was broadcast, load up its catch-up service and search for the programme. 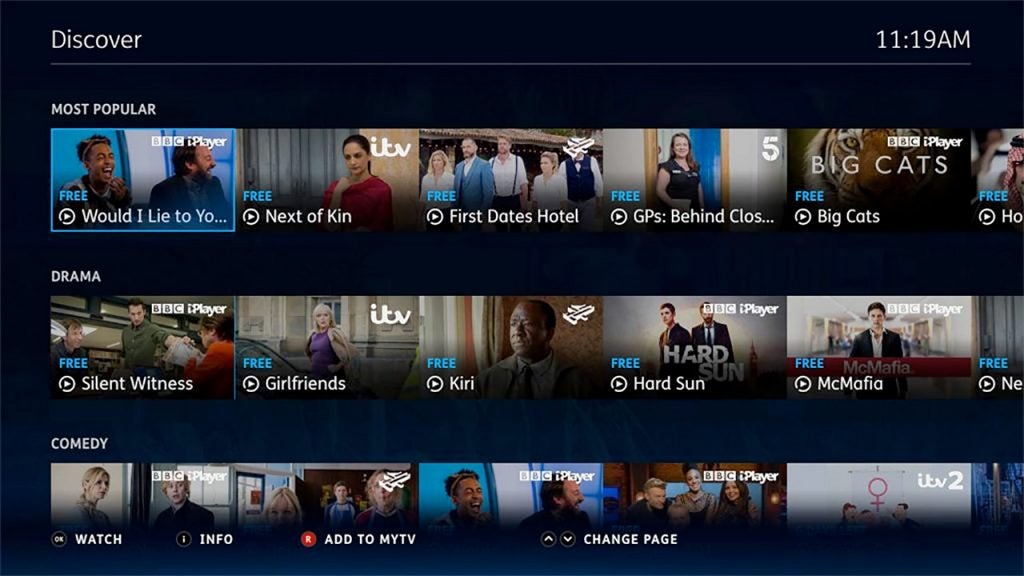 YouView also acts as a sort of middle ground between Freeview, which is “free” to use (with a TV license), and pricey TV services like Virgin Media and Sky.

Buy a YouView box on its own and you have a smarter version of a Freeview PVR, generally for no more cash. There’s no subscription to pay either.

However, get one from TalkTalk, BT or PlusNet and you can add additional channels to your package. Here’s a quick round-up of what you can get, and the cost:

Perhaps unsurprising, PlusNet seems to offer the best value. However, you don’t get the option of Sky Cinema or Sky Sports. As these push the cost up hugely, they may not appeal to all of you anyway. 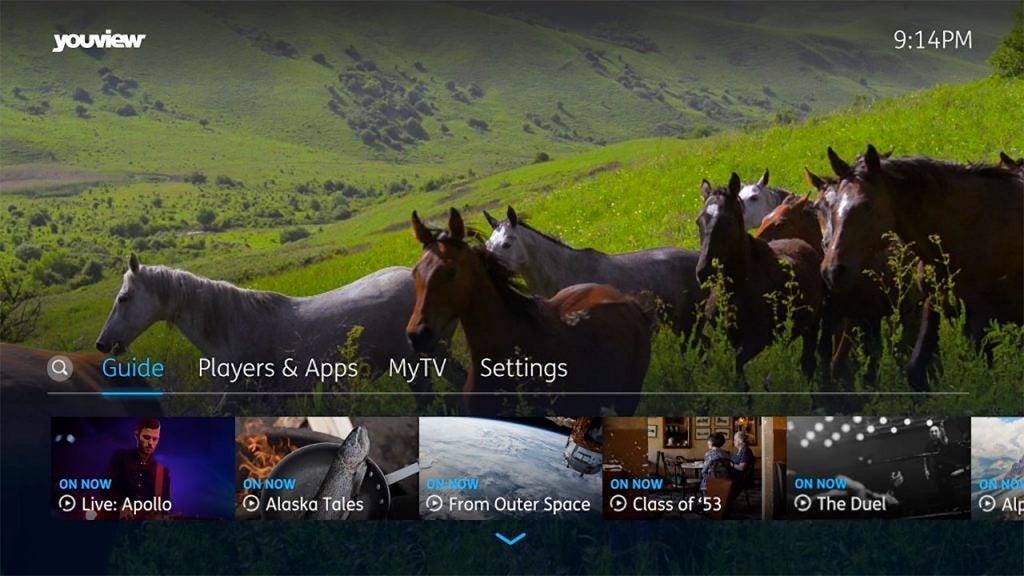 What do I get as standard?

Without any extras, the YouView channel list is almost identical to that of Freeview. There are “over 70” TV and radio channels.

Features you get with any YouView hardware include pausing and rewinding of live TV, the EPG with integrated catch-up and access to extra apps.

These let you browse through catch-up TV in the traditional interface of, say, BBC iPlayer. The three most important paid-for movie streaming services in the UK are represented too. Here’s the full list of YouView apps: 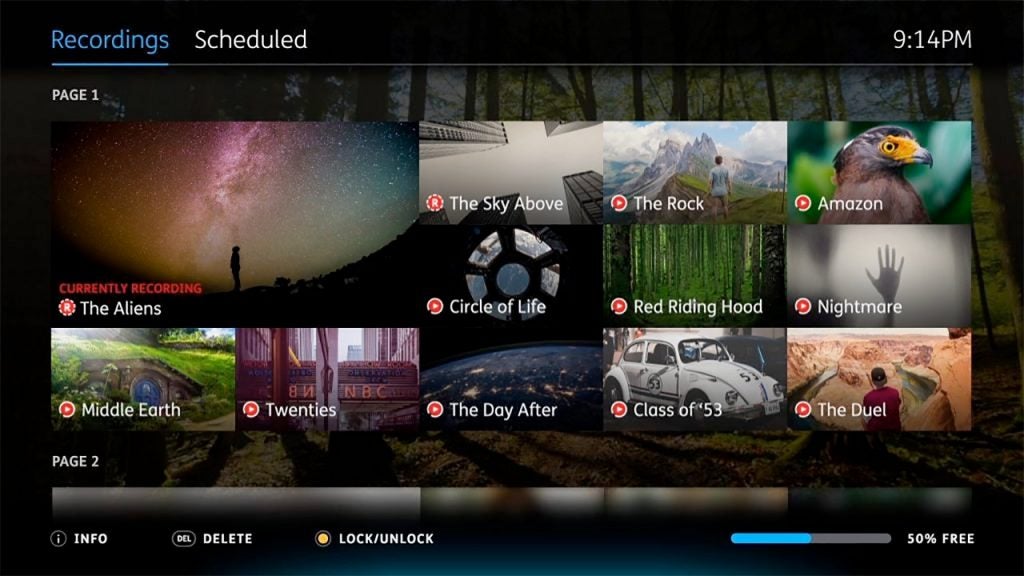 What are the downsides?

YouView boxes don’t have Wi-Fi
When YouView started years ago, it seemed to get a little obsessed with the idea Wi-Fi was not good enough for video streaming. “What you need is a wired connection to your router,” was the message.

This is, in most solid home internet setups, nonsense. However, YouView boxes still hold onto this idea as none of them have built-in Wi-Fi. You have to either plug the box into a router or use a Wi-Fi dongle, plugging it into the USB port on the back. We can’t guarantee this will work with all boxes, all dongles, though.

Freeview Play is YouView’s biggest rival. It was originally conceived as an offshoot of YouView after part of the team felt it was becoming too closely tied to companies like BT.

As such, it’s a purer Freeview experience. You can get Freeview Play PVRs and TVs. It integrates catch-up services. However, it’s also thinner than YouView.

The apps available for Freeview Play vary between devices. Some have access to Netflix and Amazon Instant video, others don’t. This is because the manufacturers load these apps rather than Freeview Play.

For now at least, YouView seems the more compelling platform.