Wearables perfect for gamers: from a Minecraft add-on to a VR headset

As we recently proved in our piece on wearable tech that can help musicians crack out sweet tunes, this sphere of tech isn’t just about smart timepieces you can read your text messages on.

If
you’re a diehard gamer, you’ll be happy to learn that wearable tech
doesn’t stop at the door of the music world. It’s very much alive in the
gaming arena as well and has the potential to improve your relationship
with that very important console in your life.

From wristbands
that allow you to play Minecraft on any computer to armbands aimed at
making the gaming experience more tactile and immersive, the
possibilities truly are endless. And as a gamer, you ought to be
excited.

Here’s our pick of the most exciting and innovative gaming wearables out there. 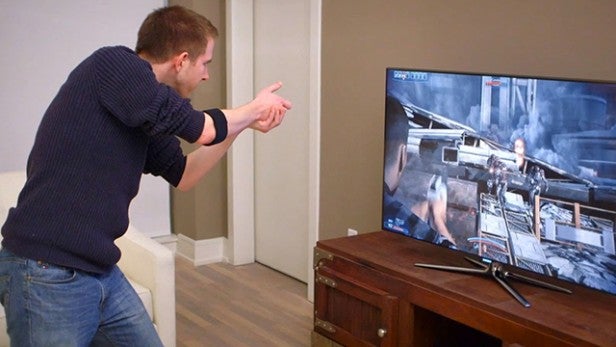 As
a keen gamer, you no doubt love it when you feel so immersed in a game
that you may just actually be in it. And this is something Myo, a smart
armband developed by Thalmic Labs, aims to help you achieve – by letting
you control actions with gestures.

The band sports eight
modules with sensors built in. These read electrical activity in your
muscles and arms, including fist clenching, arm
waving and finger movement. These movements allow you to control games
such as Audiosurf and Minecraft wirelessly.

What’s
great is the fact that the band weighs only 3 ounces, despite packing
in so much technology. And then you consider the precision here. For
example, with a built-in gyroscope, accelerometer and magnetometer, it
can measure speed and direction of arm movement. 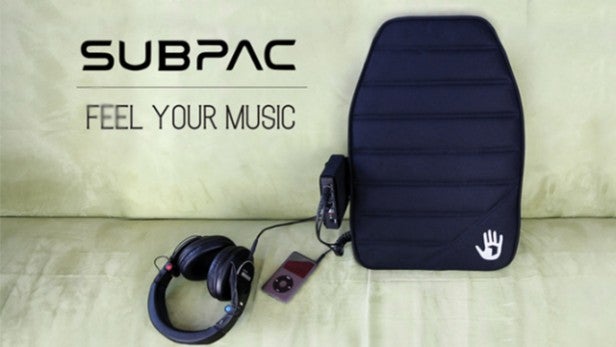 Sound,
too, is important when it comes to feeling immersed in a game, but the
best gaming headphones out there aren’t always the top option. They
give you top-notch sound quality, yes. However, feeling the noise is better.

This is where the SubPac enters the mix. It’s a
backpack sporting patent-pending tactile audio technology that delivers
low frequencies to your body so you get the best sound experience
possible. And by connecting it to your favourite games, you’re
able to feel the places you’re in.

Apart from giving you an
immersive gaming experience, there are some other benefits here as well.
Firstly, because the pack doesn’t go anywhere near your ears, it’ll
protect your hearing, and you’re actually saving loads of money. To
achieve this sort of experience without the pack, you’d have to buy a
massive subwoofer and soundproof your home. 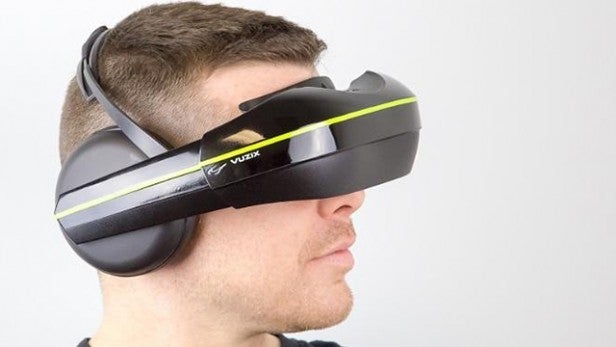 If
every gamer could have a 70-plus-inch television in their lives, things
would be amazing. But that’s obviously not the case in reality, as
clearly, you’d need a very big pad and an even larger wallet.

Well,
dear gamer, this is when the Vuzix iWear 720 comes in handy. It’s
accurately being described as a pair of “video headphones”, packing dual
1280 x 720 displays that provide the equivalent experience of a
130-inch home television. In addition, it comes with noise-isolating
40mm drivers, so you get an all-round quality experience.

You
can connect it up to a smartphone, a tablet PC, a games console or a PC
via HDMI to access existing VR games, apps and movies. It’ll last up to
30 hours, and when it runs out, you can recharge it with a
micro-USB cable. You can preorder the iWear 720 for £405, with it expected to
ship by the end of 2015. 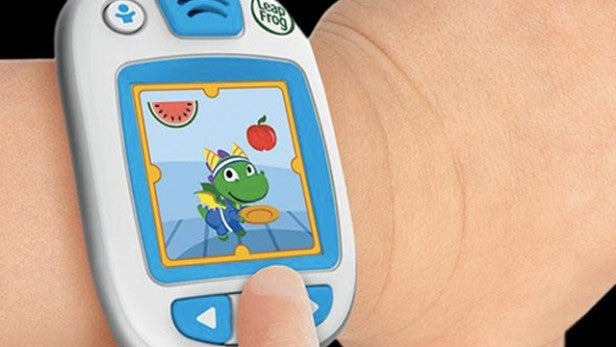 Gaming-based
wearable tech isn’t just for adults, as the LeapBand from kids
educational entertainment company Leapfrog proves. It’s an activity
tracker that tries to get youngsters from behind their games consoles
and out into the outdoors to do some exercise.

Aimed
specifically at children aged between 4-7, the the band comes kitted out
with 20 games and challenges – with 40 more available to
download for free. Essentially, the aim is to make exercise fun as well
as challenging.

For example, kids can befriend a customisable
pet pal and treat it with rewards by exercising. If they get lazy, the
tracker will know and the pet will go without. And we wouldn’t want
that, now, would we?

It also comes with a school and nighttime
mode so it just functions as a digital watch, as well as a built-in
accelerometer, high-resolution colour screen, rechargeable battery, a
water-resistant design and an iOS/Android app for kids to compete in
mini games. It’s available in green, pink, orange and blue for £29.99. 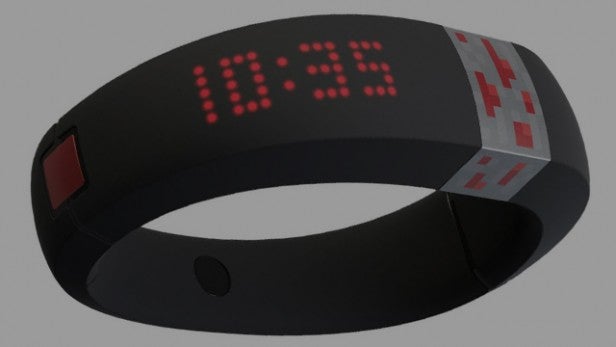 Since
its alpha release in 2009 and public release in 2011, Minecraft has
grown into a global phenomenon. Whether or not you play the game
yourself, you’ve more than likely heard of it or know someone who plays
it.

So far, 70 million copies have been sold all across the
world, so it’s clearly popular. If you do happen to play Minecraft and
are a huge fan, you’ll definitely fall in love with Gameband+Minecraft.
It’s a wristband that allows you to play the game on any computer.

Using
the band couldn’t be any easier. You simply plug it into the USB port
of a Windows, Mac or Linux computer and open up the Gameband app. Then,
you’ll be able to get straight into the action of creating things. And
because the band works with the cloud, your creations are always saved,
and with a USB3.0 MLC memory chip, it won’t lag. It costs £64.99.