Think wearable tech is just about looking down at your wrist for email notifications or your daily step count? Well you’re wrong. Here’s the music-making tech you can take with you wherever you go.

With smartwatches and fitness trackers dominating the space, it’s easy to forget that there are other places where wearable tech is beginning to make its mark.

From creating to performing, music and wearables have the potential to work great together and there are already some great examples out there.

Here’s our pick of the most exciting music wearables so far. 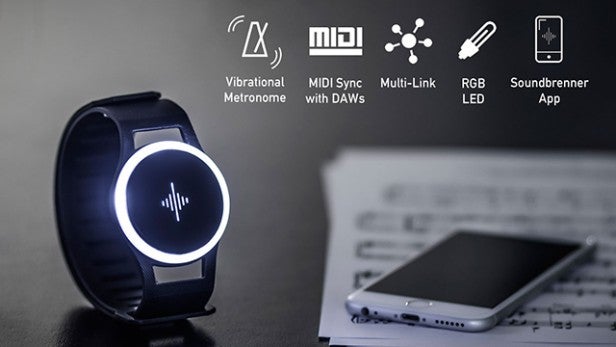 The Soundbrenner Pulse, quite aptly, is being called the “world’s first wearable gadget designed specifically for musicians”, which (and excuse the pun) is music to our ears.

The device is essentially a metronome that can be worn on the leg or arm. It aims to help musicians stick to the rhythm, either on their own or as a collective, by delivering subtle vibrations based on the beat being created. Its battery lasts for between four and five hours making it suitable for those longer sessions in the studio or in your bedroom.

Users can control the wearable through a dedicated app available on both Android and iOS. With it, they can create their own rhythm patterns, store presets in multiple lists and customise accents. There’s also a built-in music coach that learns the musician’s practice behaviours and motivates them to practise even more through challenges and rewards, as well as exercises to help with rhythm, speed, accuracy and endurance. 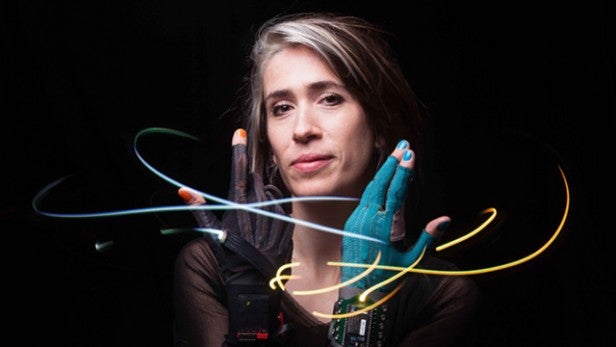 It’s common to see musicians behind screens, keyboards and other technical equipment when it comes to working on an interesting new sound. British songwriter Imogen Heap with the help of a group of developers has come up with a glove capable of making music creation much more simple through hand movement. Mi.Mu, when worn and in action, records and analyses hand movements and gestures to control sound and create music. This is done through a variety of built-in sensors.

The information is then fed wirelessly to a computer via the built-in x-OSC (input-output) board. Custom software using machine learning algorithms learns the movements made. An example could be fist then palm, and so on. From here, users can turn data into MIDI or OSC musical control messages. These can be listened to by software such as Ableton Live, Logic Pro and Max/MSP. 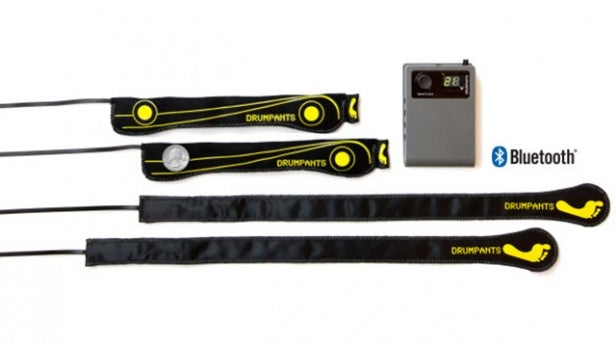 So far, the wearables we’ve taken a look at are aimed at helping to make being a musician easier. Well, DrumPants 2.0 is a little bit different. It’s actually a musical instrument musicians can wear. But don’t be fooled by the name. It’s not a pair of trousers. Instead, it’s a device made up of two drumpads and two foot pedals allowing users to tap out any beat or melody straight from their bodies.

The idea is that to get this to work, you’ll wear the drumpads under the trousers, hence the name, and beat on them with their hands. With the tech, musicians can control over 300 mobile and desktop apps, including major titles such as Abelton Live, Garageband and Logic Pro X. 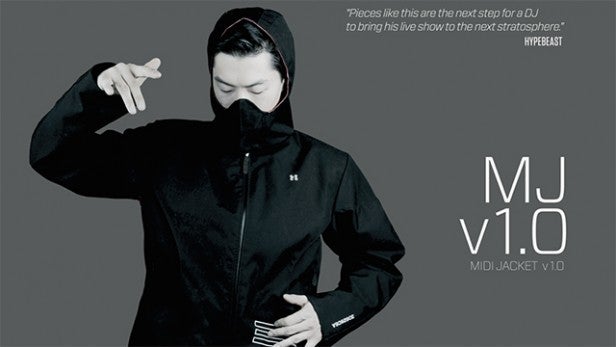 Menswear fashion and wearable technology brand Machina is also looking to revolutionise the music industry – with the Midi Controller Jacket. Stylish and usable in almost any condition, and working with a mobile app, it lets users create music through motion and touch sensors.

The jacket has been programmed from default to be MIDI-controlled but can be adapted to user purposes. It features a number of reprogrammeable sensors, including four to detect finger position, one accelerometer to detect arm movement, a joystick and four push buttons. These allow users to raise the volume using their arms and make sound just by tapping their chest, and lots more.

It works with an app downloadable on Android and iOS. The latter is a graphic interface offering up features such as sound capture, sound selection and key mapping. Machina has also created a VST plugin that allows the jacket to be connected to third-party music software, including Ableton Live.

Have you seen any other great music wearables? Let us know in the comments section below.