If there’s one thing CES 2015 wasn’t short of it was wearable technology. Thankfully, it wasn’t all smartwatches and activity trackers, as start-ups and crowdfunded projects proved there’s more to wearables than counting steps.

After scouring the halls of the Vegas expo, we’ve selected the wearables that really stood out of the crowd… 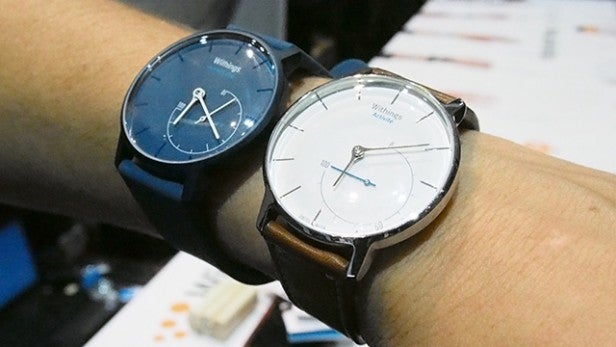 Withings Activité Pop
The standout smartwatch at the show by some distance, the Activité Pop is a more affordable option than the original Swiss-made Activité, but with all the same elegant activity-tracking features. The sapphire glass and Italian calf-leather straps are gone, replaced with a mineral glass crystal and interchangeable Silicone watch band that gives it an attractive Swatch-style look.

It’s still powered by a standard coin cell watch battery giving you eight months of battery life, and it’s still waterproof so you can take it for a dip in the swimming pool. It’s going on sale for £129 in February and with Android phone support on the way, it should be an attractive Android Wear smartwatch alternative. 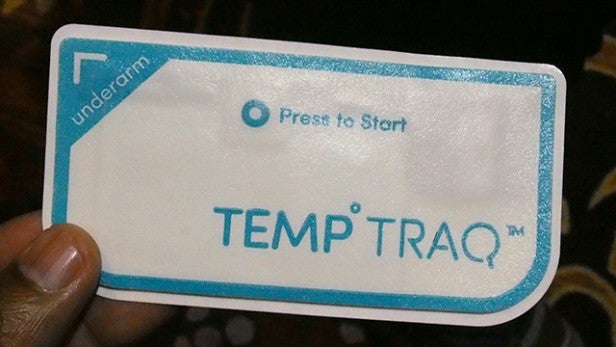 TempTraq
One for the parents, TempTraq is a wireless Bluetooth thermometer for babies, letting you monitor temperature changes during a 24-hour period from your smartphone. The waterproof patch that sits underneath an arm packs a thin, flexible battery and connects to the accompanying iOS or Android app. As long as you’re within 40ft you can receive alerts when a temperature change is detected. It’s still awaiting FDA premarket approval in the US, so you won’t be able to snap it up just yet. 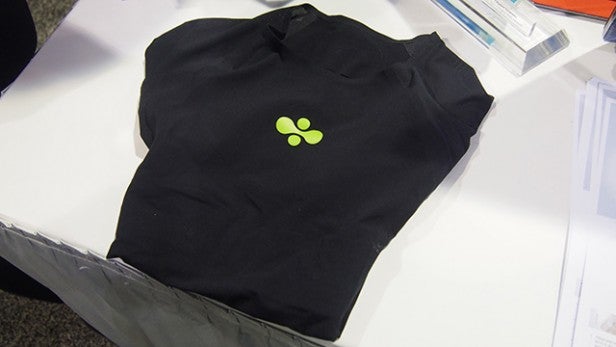 CityZen Sciences Smart Sensing clothing
Smart clothing is going to be the next big step for health and fitness wearables, and French-based CityZen Sciences is leading the way in getting this tech into major clothing brands. It works in a very similar way to OMSignal’s smart clothing range, with sensors embedded in the fabric and a removable unit that can track 10 hours of biometric data, including temperature, heart rate, speed, location and acceleration.

CityZen has already been working with a range of athletes and sports teams, such as French football side St Etienne, to get the perfect combination of comfort and tracking features. It’s already confirmed a partnership with Asics. 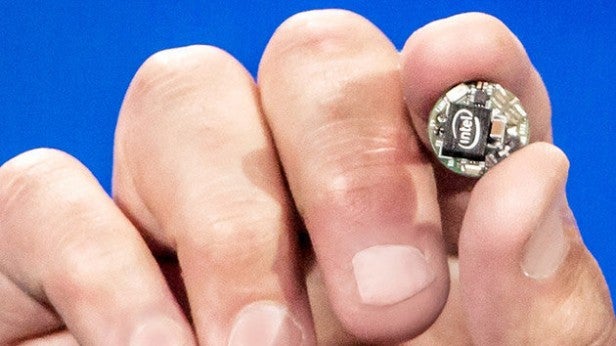 Intel Curie
The chipset manufacturer has already taken a big step into the wearable space with the Basis Peak fitness watch, and with Curie it’s signalled its intent to make creating wearables even easier. The tiny button-sized computer aims to provide everything developers need to focus on coming up with some unique uses for wearable technology.

It’s based on a new version of Intel’s Quark chip, the Quark SE, and packs Bluetooth along with a low-power sensor hub, accelerometer and gyroscope. It also runs on Viper open-source software to interpret and manage all the data. Intel has already announced a collaboration with Oakely and HP, so we could see the first examples of Curie at work before the end of the year. 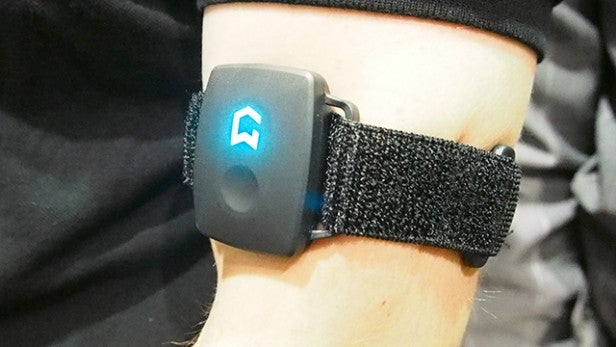 GymWatch
After successfully raising over $150,000 through its Indiegogo crowdfunding campaign, this wearable predominantly aimed at weight lifters is finally going on sale. The sensor, which can be worn around the arm or leg, measures starting strength to explosive strength and also monitors motion to help tell you if you’re correctly performing a rep.

You can combine sensors to track lower and upper parts of your body and also get basic activity-tracking data such as distance, calories burned and steps counted. With Bluetooth, Bluetooth Smart and ANT support, you can connect it to your Android and iOS smartphone to get real-time feedback, with an additional web portal to further analyse the data. One sensor costs 149 Euros (around £115), so it’s not outrageously expensive to get the most from your muscle-building workout. 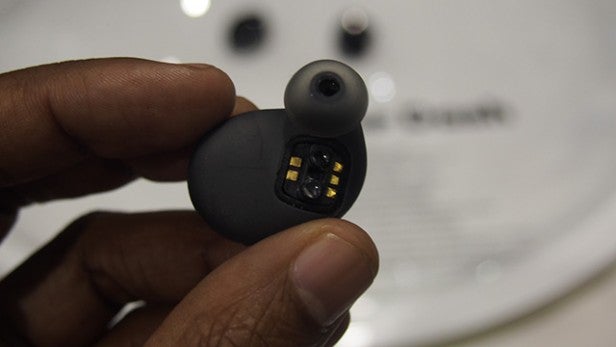 Dash
2015 is set to be the year we truly see wireless earphones with the arrival of Dash, the fitness-tracking in-ears that are entirely free from cables. After raising over $3m on Kickstarter, Munich-based outfit Bragi is ready to bring the Dash to market packing an ARM processor, 3-axis accelerometer, a thermometer and an optical sensor inside the tiny earbuds. This means you can record data such as distance, pace, oxygen saturation and heart rate to iPhone, Android and Windows Phone handsets.

They’re also waterproof, so you can take them swimming and have a built-in 4GB MP3 player to store music, and work out without being attached to your smartphone. The Dash headphones are set to ship from April 2015 for a pretty hefty $299 (£190), but if you’re ready to give up the wires and don’t want to wear a Fitbit or a Jawbone Up, then the Dash could be for you. 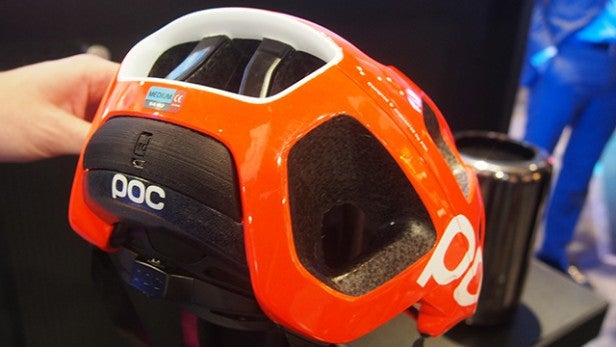 POC Cycling helmet
This one is still very much a concept, but the prospect of it becoming a reality could make it a truly a life-changing use of wearable technology. Conjured up through a one-year-old partnership between Swedish companies Volvo Cars, Ericsson and helmet manufacturer POC, this ingenious smart bike helmet aims to reduce cyclist and car collisions.

The way it works is based around both driver and cyclist being aware of each other’s location through GPS and storing that data in the cloud via existing cycling apps such as Strava. The driver inside the connected car will get a proximity warning on a head-up display when a cyclist is near, while the helmet wearer will see a series of lights flash underneath the helmet to quickly alert an approaching car. We might have to wait a while before seeing something like this ever appear on the road, but it’s great to see companies trying to make our roads safer for everyone. 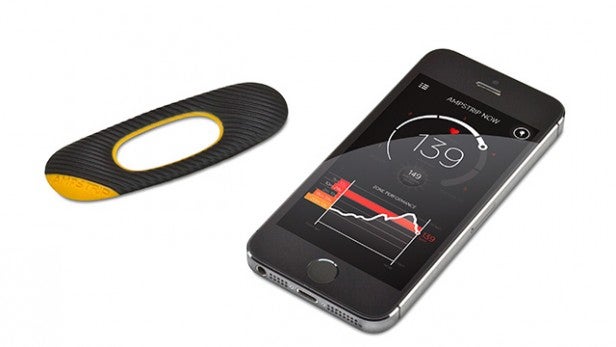 AmpStrip
While smartwatches and activity trackers move heart-rate monitoring to the wrist, there’s still an argument that accuracy is better when it’s done from the chest. That’s the approach from AmpStrip, a plaster you can wear continuously to record important biometric data for up to seven days. It’s even fully waterproof, so you can wear it in the shower or swimming pool.

Packing an ECG sensor as opposed to the optical sensors found in heart-rate-monitoring sports watches, it also has a 32-bit ARM MO processor, a wirelessly rechargeable battery and 3-axis MEM accelerometer to track movement. Bluetooth 4.0 support means you can relay data to third-party apps with integrated memory to store up to 24 hours of data.