Vector Watch CEO Joe Santana talks about his smartwatch experience at Timex, launching the Vector Watch and the Apple Watch

There’s the old adage that experience is the best teacher, and that’s the card Vector Watch CEO Joe Santana is certainly playing as his team prepares to take on Apple, Google and the rest over the coming months.

Surrounded by rows of offices filled with young, ambitious startups, the former Timex CEO tells me he is hoping his time at Timex will prove vital to the success of a venture to build a luxury smartwatch, where the competition is already fierce.

With the official launch of the Apple Watch just a day away, I sat down with Joe to talk about the latest developments with Vector, the challenges with making a smartwatch, how the competition is faring and why traditional watchmakers should be worried about Apple taking a big bite of its profits.

“I was at Timex for around 20 years. I came from the trenches. I started as an engineer, held many positions at the company and then went to the US in 1989. Ten years later I was CEO of the company. Along the way we (Timex) were pioneers for smartwatches. We had this joint venture with Motorola and also an association with Microsoft. So we did spend a lot of money and resources on smartwatches.

We were using the pager network for our first smartwatch, so we were trying to communicate the watch to towers. Bottom line, we didn’t succeed. It didn’t become a substantial business. The top reason why it didn’t work was battery life. Consumers who purchased the pager watch would have to replace the battery every week. We provided additional batteries with it and users would have to use a coin to open up the back.

Another issue was the styling. Watches needed to be plastic. So these were really the two major barriers. We had set up a beautiful production line where we put $1 million into it. We never got to the volume that we set out to do. After three attempts we gave up.”

Saying no to Microsoft

“Then when Microsoft came to us (Timex) later with another product and we said no. We actually met with Bill Gates twice and said no. Microsoft wanted to spend hundreds of millions on it.

We said no because we had experience with previous projects. This project was not all that different. Yes, it was using radio frequencies instead of the pager network and Gates was buying all these radio frequencies around the world. It simply was not a lot different. It was not going to resolve some of the issues that we had faced. He didn’t understand why we said no to the project you know. We are Microsoft and you should be joining us. We are the big boys!”

SEE ALSO: Apple Watch alternatives to look out for in 2015 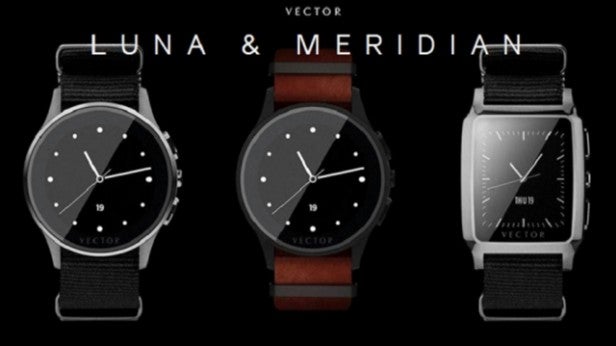 “There are several groups.
Number one is the activity monitors. That is a group of competitors like Jawbone
and Fitbit who have been very successful with that concept.

Then you have
a group like the consumer electronics and mobile phone companies like
Samsung and LG. I don’t think they have done that well. They are
approaching smartwatches from a consumer mobile point of view. I come
from the watch side so I know people don’t want those things. It’s about
fashion and design. Those sort of things. Do I
want to wear a Samsung or LG watch on my wrist?

Then you have the techy guys. Pebble has done extremely well. If you look at the overall market, you would have to say Pebble is the best example. Yes, definitely the best.

Then you have Apple. We want to be number two to Apple.” 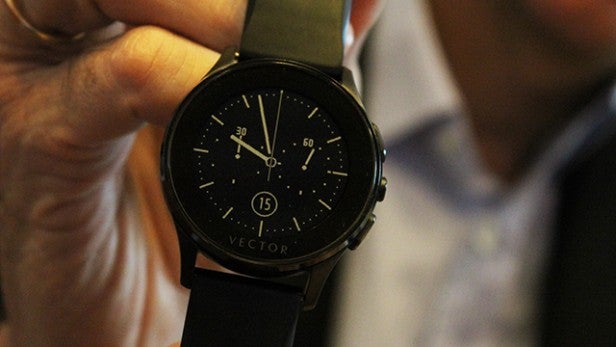 “When you go back to your office. Look at the wrist of the people and count the amount of people who own watches with round watch faces.

I think the reason the consumer electronics companies are making rectangular watches is because everything is rectangular. I
think the phones are rectangular. I can’t understand the thinking. I know from my experience it has got to be round. You
can have rectangular but it’s for a smaller market. Our rectangular
watch, it looks cool but a lot of people, they select mostly the round.

Look
at the automotive industry. Years ago speedometers were analogue then
they had this craze to go digital. People didn’t like it. So the
automotive went back to analogue because it’s a lot easier to read. But
go into a Tesla today and the dashboard is beautiful. It’s analogue but
presented in a digital way. It’s the tipping point when we are all
willing to accept that.”

“I don’t have a crystal ball, but here’s what I think. Apple Watch does not tell time. It’s dark. If you had an Apple Watch and I looked at your wrist it would be dark. Just that is weird to get consumers to accept that. There is some mystery about time. There is mystery with analogue watches with their beautiful dials.

A lot of men buy chronograph watches and complicated watches because of the prestige and the workmanship. Normally people like that like nice cars as well. If they can they have a Bentley or a Bugatti or something like that.

When you go to digital you lose some of that appeal. You have this 3D perspective. So in addition you make it dark, that’s a big deal. Ours is on all the time.

At the same time we love Apple because they are creating tremendous amount of awareness and creating a category overnight. Yes, others started before but we are very happy here with a tremendous ISP and the contextual aspects.

In the future we see
possibilities of no charging. It’s very possible for us. We are working
on that. We don’t have anything to announce. It could take less
than two years. The technology is there. We just have to know how to use the technology.” 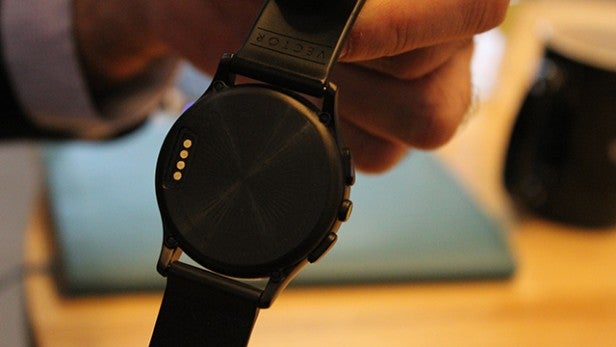 “I think the industry is slowly embracing it. There’s all sorts of opinions on this. There’s this camp that says smartwatches will never replace the watches that we know. There’s other camps that are panicking. The truth is that it’s something in between.

This is a new category that will be added to the watch industry. It will take volume away from certain price points. We all have limited resources, so if I’m going to buy this as a companion for a day-to-day but I also want to buy a Rada watch. I’m going to delay that purchase. So some market share will be impacted.

We need to get consumers to embrace it and so far it’s not been easy for a lot of the smartwatch bands.

I think traditional watchmakers have been waiting to see what Apple does. Let’s say we are in May soon and in another few months when they see that Apple has sold 10 million watches they are going to get a wake up call. If they don’t they are going to be in trouble. This is a world where for traditional watch guys, it’s a new world. They understand the wrist better than consumer electronics guys.”