The Apple Watch is here, but there are plenty more exciting smartwatch launches planned for 2015

After what felt like years of hype and rumour, the Apple Watch arrived earlier in the year to a somewhat lukewarm reception.

Apple’s big-name rival to the Android Wear and Pebble Time smartwatches pins its success on a sophisticated operating system, luxury strap options and a Force Touch display, amongst other features. Misgivings aside, it’s the device most likely to convert those smartwatch cynics.

However, Apple is far from the only company vying for pride of place on your wrist this year, as tech heavyweights and iconic watch brands alike aim to seize pole position in the smartwatch race. Here are seven Apple Watch alternatives that might be worth waiting for instead.

Related: Samsung Gear S2 – Everything you need to know 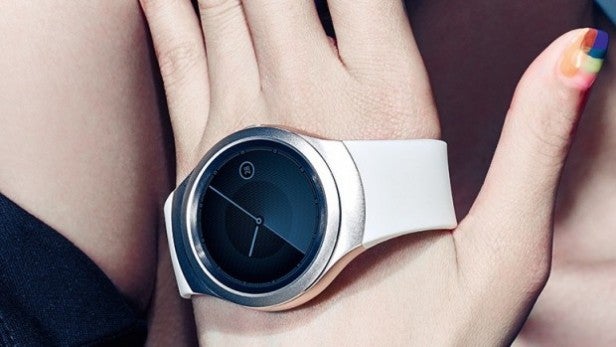 No
manufacturer has been more prolific in the fledgling smartwatch market
than Samsung. You’d think it would be churning out high quality products
by now, but in truth, we haven’t used a Samsung smartwatch we like.

Samsung has taken a bold decision with the Gear S2. It’s skipping Android Wear and going back to its own Tizen OS, like with the original Gear S, but with a redesigned UI.

It’ll
officially launch at IFA 2015 in early September, but Samsung offered a
sneak peak of the Gear S2 at its Unpacked launch event for the Galaxy Note 5. The company is finally ditching the squares and going round, and rumour has it there’ll be a rotating rim for navigation.

Going
by the fashion lookbook that accompanied the Unpacked event, the
Samsung Gear S2 will be far more design-focused than previous Samsung
smartwatches. Apparently, the company will be taking a “brave step
forward by reimagining the classic circular watch,” which it’s achieved
by “infusing it with functional technology and a touch of creativity.”

Surely Samsung will get it right this time.

When is it launching? September 2015

Related: Time is running out for smartwatches 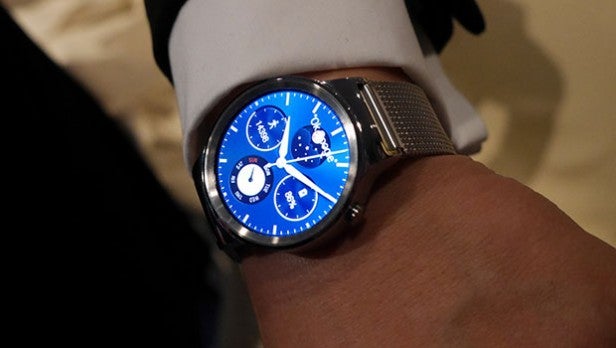 Google already has quite a lot of devices running its Android Wear operating system, but Huawei is still the only manufacturer to have nailed the design brief. The simply-named Huawei Watch is a lovely-looking smartwatch, featuring a 42mm circular body wrapped up in stainless steel. The inclusion of the crown, which doubles as a physical home button, brings some added class to proceedings.

Its 1.4-inch, 400 x 400 AMOLED screen is equally easy on the eyes and, like the Apple Watch, is protected by super-tough sapphire crystal glass. It’s the sharpest, most accurate Android Wear display we’ve seen.

The Huawei Watch is packed full of classic smartwatch features, such as the ability to monitor step count, distances covered, calorie burn, climbing height and heart rate. Its only downside comes in the form of Android Wear, which is still very much an OS in progress.

The only problem is that we haven’t got an official release date yet, even though we heard about it first way back in February. Hopefully we’ll here more at IFA. 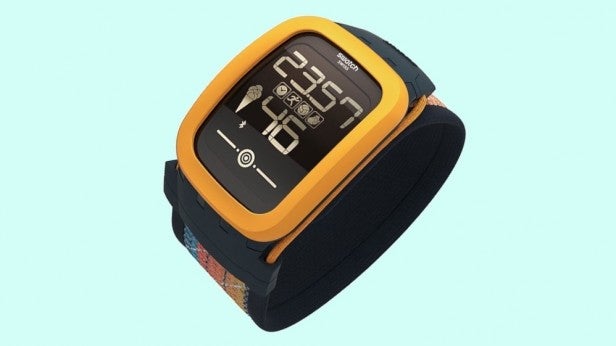 After initially downplaying the rise of the smartwatch, the iconic watch brand has since decided it’s going to get in on the action and will launch its answer to the Apple Watch later this summer.

The Swiss company has revealed that he watch will be styled after the Swatch Touch (pictured) range, and has revealed some of the features we can expect, such as using NFC to support mobile payments and Android and Windows Phone compatibility.

Back in mid-July, CEO Nick Hayek revealed that his company already had 20,000 smartwatches in stock, so expect to see something very soon indeed.

This isn’t entirely new territory for Swatch Group, with its Tissot watch brand having featured touchscreen displays and activity-tracking features for some time. The company has also been busy on the patent front to improve its smartwatch in the future, with some patents related to boosting battery life.

Rumour has it that Swatch could be the one to solve what’s possibly the biggest issue with smartwatches with a mammoth six month battery life.

When is it launching? Late Summer 2015
Price: TBC 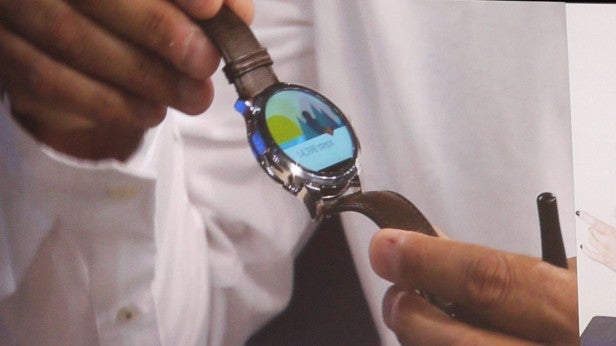 Looking very much like a Moto 360, Fossil’s first foray into smartwatches could have a lot going for it. Not only because its made a company well-known for crafting regular watches. The initial pictures show a steel rimmed device with a leather strap, though the circular display has that familiar ‘flat-tyre’ bar that become infamous on Motorola’s device.

No specs have been confirmed yet, apart from that it’ll run Android Wear, and we’re sure when we’ll get this thing on our wrists, but we do know it’ll be released alongside a connected bracelet and another watch.

When is it launching? TBC
Price: TBC 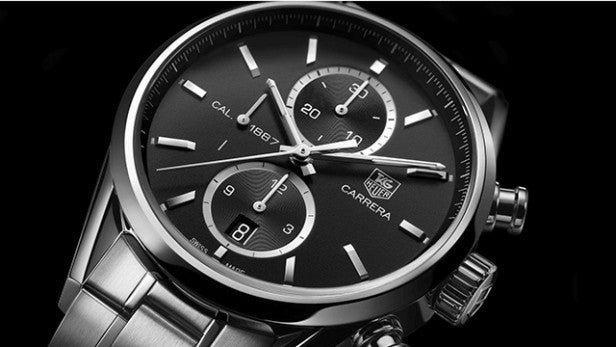 The luxury watch company sees the Apple Watch as the biggest threat to its expensive timepieces and looks set to launch its own smartwatch very soon.

The Swiss watchmaker has yet to show off the first Tag Heuer smartwatch, but Jean-Claude Biver, head of parent company LVMH’s watch division, has revealed the name as the Tag Heuer Carrera Wearable 01.

As the name suggests, the watch will bear a heavy similarity to existing Tag Heuer wristwatches. “Somehow, one should not see from a certain distance the difference between a Carrera Heuer 01 and a Carrera Wearable 01,” Biver told Wareable.

Prior to this, in an interview with Bloomberg, Biver mentioned that some of the smart features we can expect include built-in GPS and heart rate tracking.

While key hardware components like the watch case and the dial will be Swiss-made, the smart features will be built in the US. Biver has confirmed it’s already been in discussions with partners, with Intel and Google among the companies involved.

Yes, despite the premium body, this will be an Android Wear watch. It’s expected to hit some time before the end of the year.

When is it launching? TBC
Price: TBC 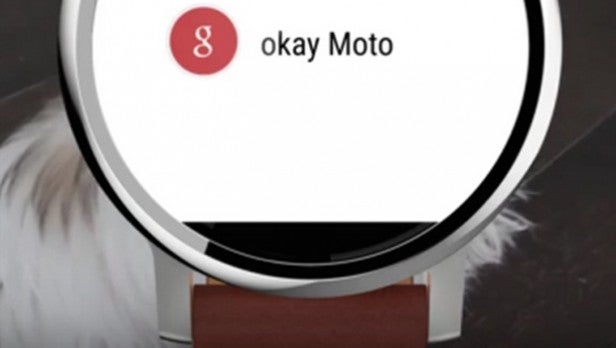 Motorola’s first smartwatch swiftly installed itself as the de facto Android Wear flagship – largely because it was the only early Android Wear watch that didn’t look like it had come from a cereal box.

Hopes are high, then, for the Moto 360 2. If it can maintain the original’s slick circular design, slim things down a bit, extend the battery life, boost the power, and maybe lose the ‘flat tire’ screen, we might be onto something.

Motorola teased the second generation watch in a tweeted video recently, along with the words “#Moto360 helps you find the important things in life.” The tweet was swiftly removed.

The image appeared to tie in with a snap the Lenovo CEO accidentally leaked earlier in the year (Lenovo owns Motorola you see).

The bad news is, Motorola appears to have maintained that flat tire look, but we’re still hopeful that it can improve in other areas. Having apparently passed through the Bluetooth Special Interest Group, a launch shouldn’t be far off. 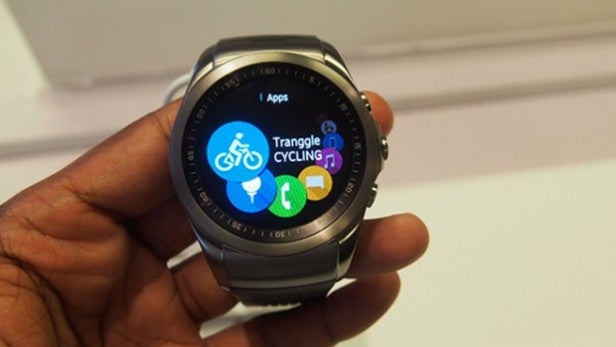 LG arguably has a slight edge on its local rival Samsung purely in terms of premium smartwatch design (the LG Watch Urbane is quite the looker), so we’re interested to see how the LG Nemo turns out.

That’s the name being attributed to the company’s next smartwatch, according to a recent Phandroid report.

The headline feature of the LG Nemo will apparently be its 480 x 480 display, which will make it by far the sharpest smartphone out there. Of course, what this means for battery life – already a touchy subject – is anyone’s guess.

That’s all we know about the LG Nemo at present. We have no idea when the Nemo might ship. It probably won’t be any time this year, with the LG Watch Urbane and its variants still fairly fresh.

Speaking of which, the LG Watch Urbane LTE (pictured above) is a 4G-connected version of LG’s classy Android Wear smartwatch, which can operate without being hooked up to a smartwatch. It also differs by running on the custom LG Wearable OS rather than Android Wear – a brave move that echoes Samsung’s with the Gear S2.

The LG Watch Urbane LTE is only available in South Korea at present, however, and there’s been no news of a wider release as yet.

There’s a chance we won’t see anything more from LG’s smartwatch department in 2015, but there’s plenty to chew on here.

When are they launching? TBC