What is the Vector Luna Watch?

After going down a storm at the Baselworld 2015 watch show, the Vector Luna Watch has officially launched. It’s a round-faced smartwatch that’s vastly different to many of its rivals, not least because of its claimed 30-day battery life.

While Vector’s certainly nailed the design and battery, the Luna falls well short in some important areas. Here’s why you shouldn’t buy it yet. 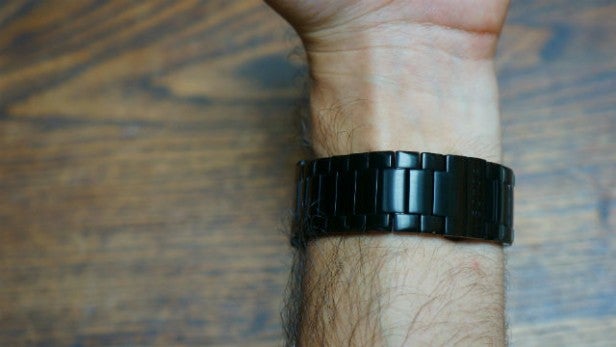 Unlike most other smartwatches on the market, the Vector Luna Watch has been built by a watchmaker rather than a consumer electronics company. And it shows. It’s more attractive than all of its big-name rivals, including the Apple Watch and LG Watch Urbane.

It looks like a traditional timepiece, not a gadget. One of the biggest things going for it is simply that it’s round. Let’s face it, we all know that circular watches tend to look superior to square-faced ones – the likes of the Tag Heuer Monaco, Jaeger-LeCoultre Reverso and Cartier Tank are the exception, not the rule. The Luna is also clean, simple and understated.

Its 44mm stainless steel body features a small Vector logo below the face, while three metal buttons sit on the right-hand edge. The middle button is round, while the two on either side of it are elliptical. They all feel solid, but they’re also stiff, shallow and tough to press. We found that button pushes frequently didn’t register, which was irritating.

However, Steve Jarvis, who worked on the Nike FuelBand and oversaw the design of the Luna, told TrustedReviews that he expects these to be improved in time for the official release. 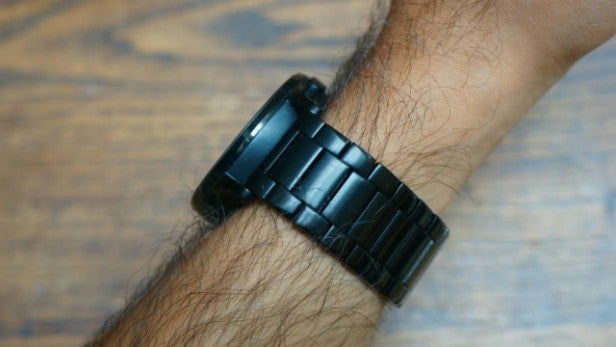 Our review sample is the excellent-looking Contemporary Luna, which starts at £219. It’s black, and comes alongside a black stainless steel bracelet with a butterfly clasp, though a brown leather strap is also available.

The steel bracelet is a little fiddly to get on, but comfortable and secure once you’ve managed to click the links into place. Our biggest criticism with the metal band is that it gets very slippery when wet. In the shower, it twists and turns like a loose screw. However, while annoying, it’s hardly a huge issue, and you perhaps wouldn’t notice if you like to wear your watches a little tighter than I do.

If the black Contemporary Luna is too moody-looking for your liking, there are several alternative options available. One of these is another Contemporary model, this time in silver.

The Performance Luna, meanwhile, costs the same amount as the Contemporary, but comes with either a silicone or stitched leather strap.

For those of you with a little extra cash to splash, you can pick up the Classic Luna, which starts at £349 and comes in either a rose gold- or champagne-coloured body. Like the Contemporary, it’s sold with a choice of either a leather strap or stainless steel bracelet.

At 11mm thick, the Luna’s a touch slimmer than the Apple Watch, but can hardly be described as trim. After all, tablets like the iPad Air 2 and Sony Xperia Z4 Tablet now feature frames measuring just 6.1mm. However, the Luna carries its bulk well and still manages to feel sleek and stylish. 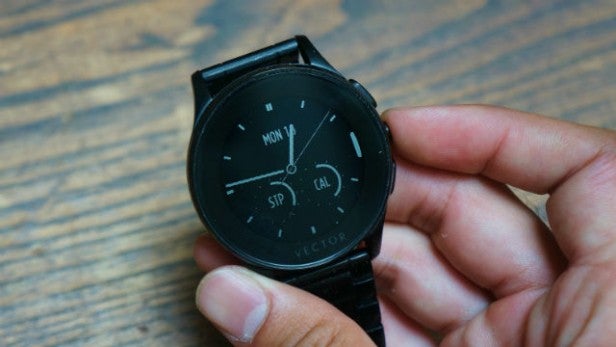 There are two major reasons for this. The first is that a non-colour, non-touch display requires less power, but we’ll discuss battery life later in the review. The second is that Vector wants the Luna to be non-intrusive, and believes a touchscreen would be too distracting.

That said, the Luna’s display is always on, meaning you don’t need to flick your wrist or push any buttons in order to see something as basic as the time and date. According to Vector, it only uses energy when something changes on the watch face. A moving dial, for example. 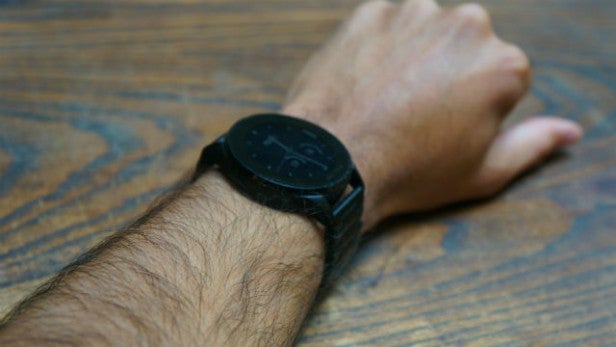 Vector’s remained tight-lipped over resolution, and it’s safe to say that the Luna’s display isn’t the sharpest we’ve ever come across. However, while numbers and letters are a little rough around the edges, information on the screen is always easy to read.

As the display is also backlit, you shouldn’t have any trouble using the Luna at night. The backlight is activated by pressing the middle button, and the screen remains illuminated for a couple of seconds before fading again. That’s plenty of time to read the… time.

We’re disappointed by the size of the black frame running around the display. It’s around half a centimetre thick and noticeable in daylight because it’s ever so slightly darker than the screen itself. It’s even more obvious when you switch the backlight on.

Vector has opted against protecting the Luna’s screen with super-resilient sapphire crystal glass, but the hardened mineral crystal is well capable of taking some punishment. We haven’t exactly treated the Luna with kid gloves, and have smashed it (sometimes accidentally) into wooden and metal surfaces. Despite its rough treatment, we’re pleased to report that there isn’t a mark on either the main body or bracelet. 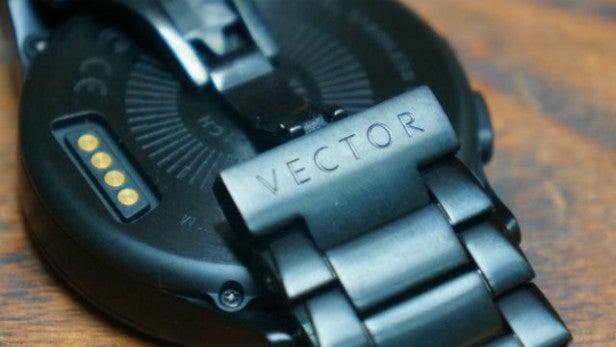 As you may have already figured, the Vector Luna Watch does more than tell the time. With a gyroscope and an accelerometer on board, it also tracks your steps, distance, calories burned and sleep. There’s no optical heart-rate sensor, but that isn’t the biggest loss as they aren’t always accurate. However, we’re disappointed not to see a GPS sensor.

The Luna is water resistant at 5 ATM, which makes it suitable for wearing while washing up, showering and swimming, but not diving. While 5 ATM translates to 50m water-resistance, Vector warns against submerging it in water.

The user guide also says you can wash the Luna using a clean cloth dipped in warm water or a mild detergent diluted with water. What you’re advised against doing is cleaning it while it’s charging or using compressed air to blast away any dirt.

It connects with your smartphone via Bluetooth Low Energy, and is compatible with phones running iOS 8, Android 4.4 and higher, and Windows Phone 8.1 and above. If you’re an iPhone user, the oldest compatible model you can use is the iPhone 5. However, there are a few catches…