Samsung has just announced a rugged version of its fantastic Galaxy S7 flagship, adding military grade toughness to our favourite phone of the year.

It’s called the Galaxy S7 Active and will be available as an exclusive on US network AT&T, but what makes it different? Let’s take a look and see.

WATCH: is the Galaxy S7 the best phone around?

It loses the S7’s classy design

The biggest difference between the S7 and it’s rugged brother is the design. While the regular S7 is sleek, curvy and pretty darn sexy, the S7 Active isn’t. It’s like the difference between a Burberry and a North Face coat; one looks good, the other is bulky for a reason. 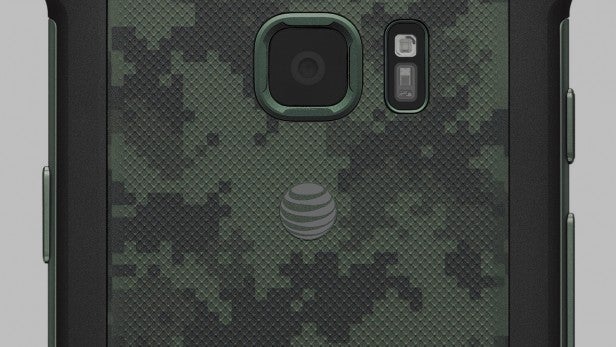 The reason here is to make the S7 Active much more durable. It’s taller and wider than the S7, and the capacitive buttons have been replaced by physical ones. The sides are still metal, and those awful screws that sat on last year’s S6 Active have disappeared, but it’s now covered in a camo print that is sure to divide.

Basically, the S7 Active looks like a phone that also has an Otterbox case on it. It’s about 30g heavier than the regular S7 and has a width of 9.9mm as opposed to 7.9mm.

One bonus is the new quick access button, that can take you directly to an app like Spotify.

Another way Samsung is toughening up the S7 Active is with its display. Just like the S7 it’s a quad-HD, Super AMOLED panel covered in Gorilla Glass 4, but here it’s also got a new polycarbonate layer on the top that’ll hopefully stop the phone from shattering if it has an unplanned meeting with a concrete floor.

Will this added layer take away from that gorgeously colourful and vibrant panel? We’ll have to wait and see.

Samsung is also claiming that the S7 Active is MIL STD-810G rated, which is a military standard. That means it’ll withstand pretty much anything, from high pressures and temperatures to shock and radiation. Oh, and fungus. It’s resistant to fungus. 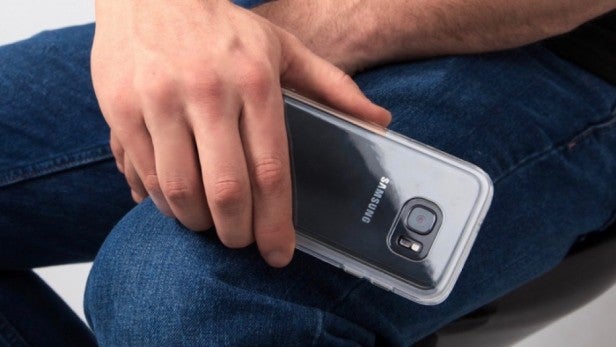 Samsung improved the battery huge amounts with the S7 and it easily lasts longer than its predecessor. That 3,000 mAh cell is plenty to get through the day.

But things have been taken one step further with the S7 Active and it adds in a 4,000 mAh cell. That’s a pretty beefy improvement and puts it in a similar category to the Moto X Force and Huawei Mate 8, both of which are fantastic for stamina.

Fast charging and wireless charging are also still sticking about.

Related: Galaxy S7 problems and how to fix them 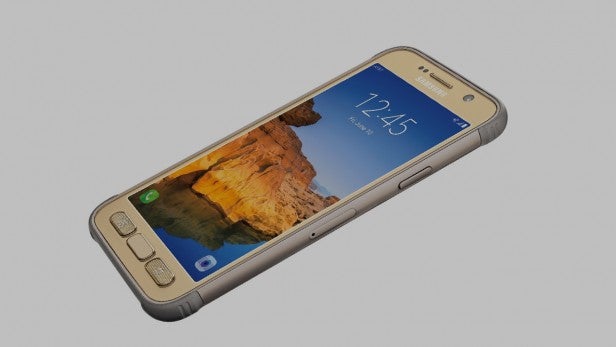 Battery aside, the majority of the S7 Active specs are the same as the S7. There’s a Snapdragon 820 CPU, 4GB RAM, 32GB and expandable storage.

The rear 12MP camera should be great, as should the forward facing 5MP version. It’ll still record 4K video too, great for capturing your outdoor exploits.

It’s an AT&T exclusive, for now

Like last year, the Samsung Galaxy S7 Active has been built in conjunction with US mobile network AT&T. That means it’s exclusive to the network, and will set you back around $795 putting it on par with the S7 Edge.

There’s been no word on a UK release yet, but we’ll keep you updated if we hear anything.

Are you excited by the S7 Active? Let us know in the comments below