TrustedReviews talks to the man behind a retro revival

The Sinclair ZX Spectrum holds a special place in the hearts of many veteran gamers. Originally launched in 1982, this venerable 8-bit home computer sold 5 million units worldwide and is credited with inspiring an entire generation of Brits to become programmers. Fast forward 30 years and the Speccy is being resurrected by Elite Systems, a company which can boast an equally proud heritage. Founded in 1984, Elite would go on to create many titles for the ZX Spectrum and is now spearheading its revival via a unique piece of hardware which fuses the old with the new.

Known as the Recreated ZX Spectrum, Elite’s project was successfully crowdfunded via Kickstarter to the tune of £63,194 back in January 2014, but its inception began many years prior to that.

“Our most recent resurrection of the brand began some 5 years ago, when we launched the first ZX Spectrum: Elite Collection app for iOS devices,” explains Elite’s Steve Wilcox, one of its founding members. “The Recreated Sinclair ZX Spectrum is simply a natural extension of that work; [it] was conceived as a physical controller for those apps on touchscreen devices.”

On the surface, the Recreated ZX Spectrum is an astonishingly faithful facsimile of the original rubber-keyed machine. So close is the unit in physical appearance that Rick Dickinson – the man who designed the original ZX Spectrum back in the early ’80s – has given his unreserved blessing.

“My immediate feelings came as quite a surprise,” he tells us. “I was transported back in time momentarily, a time spent in factories examining first samples of various Spectrum parts, mouldings, metal pressings, injection tooling, circuit boards and production problems. They’ve done a fabulous job, no doubt about it. Most would be hard pressed to see a difference and it’s closer to the original then I was expecting.” 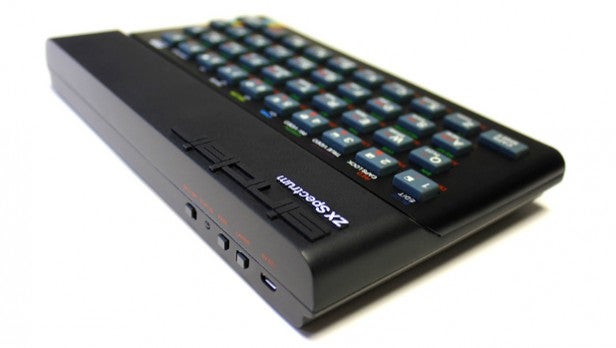 On the other hand, Sir Clive Sinclair – founder of Sinclair Research, which originally built the Spectrum – is yet to comment on the project. “Sir Clive hasn’t been in touch,” Wilcox says. “However, his name is all over the Recreated ZX Spectrum and for that we are forever indebted to him.”

Sir Clive no longer owns the rights to the brand, and Elite is licensing the name from its current owner.

“The registered trademarks are owned by Sky In-Home Services, formerly known as Amstrad,” explains Wilcox. “They were acquired by Amstrad from Sinclair Research in the 1980s. We have entered into an agreement permitting us to use these marks and a number of associated properties.” While it’s using the esteemed name under license, Elite’s status as one of the UK’s longest-running software publishers puts it in an ideal position to oversee such a project. “Elite published its first ZX Spectrum games – Kokotoni Wilf and Airwolf – in 1984, and has been learning about what makes the device tick ever since,” Wilcox states. “The ZX Spectrum is in Elite’s DNA.”

Unlike the original machine, the Recreated ZX Spectrum doesn’t simply hook up to the TV and play games on its own. In reality it’s a Bluetooth keyboard shaped like a ZX Spectrum and it’s your phone or tablet which does all the hard work – but Wilcox doesn’t see this as a stumbling block.

“Many will already have the additional hardware required to use the Recreated ZX Spectrum with their TV sets. Almost all will already have a phone or a tablet. Many will also have a streaming device integrated into or attached to their HDTV. Thousands more are acquiring them every day. For those that don’t, £20 or £30 for a Chromecast or an Amazon Fire TV Stick will set them up.” 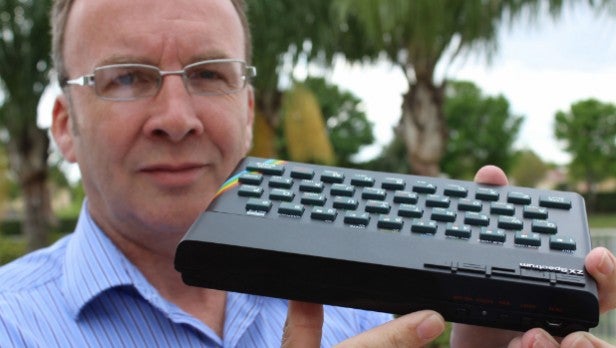 While some might suggest this could cause confusion with consumers, Wilcox is quick to point out that the original Spectrum also required multiple elements to function properly, and therefore this new system is faithful in that respect, too.

There are upshots to using your phone and tablet, rather than having the Recreated ZX Spectrum do all the work. Because the unit uses your Android or iOS device to do the heavy lifting, it means that the sky’s the limit.

“At conception, the Recreated ZX Spectrum was to be a controller, in the form factor of the original Sinclair ZX Spectrum, for apps on iOS devices,” explains Wilcox. “During our Kickstarter, it quickly became obvious that there was demand for it to function as a controller for apps on Android devices. By modifying the Recreated ZX Spectrum’s firmware and then developing a new app for Android devices, we were able to address that demand.”

“Subsequently, we realised that by developing an HTML5 web app we could deliver the same content to a wider range of devices, including Macs and PCs. More recently still, we discovered we could cast from those apps to smart TVs, using Apple TV and Chromecast. making it possible to use the device as a controller for content displayed on the largest screens.” 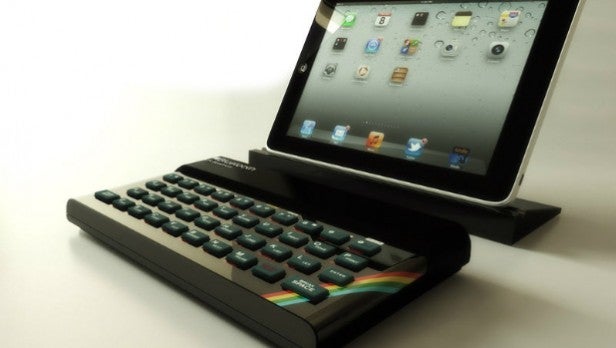 Because the ZX Spectrum is now so low-tech, Elite is able to assure a near-perfect degree of performance from its dedicated apps. “The emulation is based on the X128 emulator,” says Wilcox. “It’s been running on mobile devices since 2010 and was designed for devices launched several years before that. Consequently, it doesn’t need a particularly modern device for it to run optimally. The recommended minimum system specifications will be published before the Recreated ZX Spectrum is released; they’ll not be very demanding, ensuring widespread device compatibility.”

Another advantage of using iOS and Android-based apps is that these can be leveraged as a portal for purchasing games. “At launch we anticipate the apps will include fifty, maybe a hundred games including Chuckie Egg – which is exclusive to the Recreated ZX Spectrum – and Spectrum BASIC. Other premium games, such as Manic Miner, will be offered, possibly via the Recreated ZX Spectrum iOS and Android apps, but also possibly as standalone apps, at around 79p. Additional games and applications will be offered each time the apps are updated.”

The launch of the iOS app a few years ago has enabled Elite to get the framework up and running, and bar an issue with developer royalties – which has since been resolved – everything has gone according to plan. The end result of all this is that when the Recreated ZX Spectrum launches, there should be plenty of content available; Elite itself holds the rights to several hundred Spectrum games, and many of these could be available from day one.

“Our focus in the run-up to the launch will be to make many of those available via the Recreated ZX Spectrum iOS and Android apps and via the online web app,” says Wilcox. Developers and rights holders can apply to have their classic titles published via the app, and Elite has hopes that brand-new ZX Spectrum games will also be created. 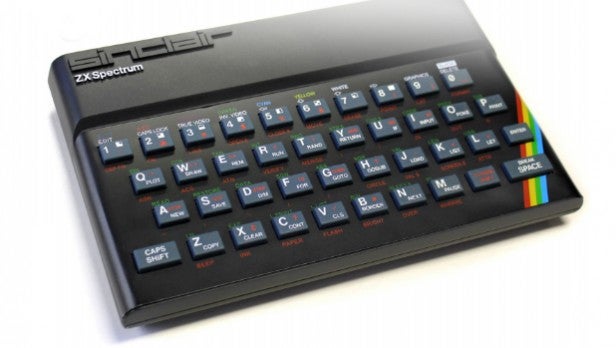 Interestingly, Elite isn’t the only company attempting to resurrect the Spectrum. Retro Computers and SMS Electronics have produced the ZX Spectrum Vega, which unlike Elite’s effort is an all-in-one solution that doesn’t need a tablet or phone to function – but crucially lacks the full suite of rubber keys. Rather than view this machine as a potential rival, Wilcox sees the Vega – which is being produced with the input of Sir Clive Sinclair himself – as a product which can sit alongside his own.

When you’re marketing a product which relies so much on nostalgia, knowing your potential customer is a must. Most gamers who grew up with the ZX Spectrum will now be in their late 30s or early 40s, and as any advertiser will tell you, that’s just outside of the all-important 18-34 demographic which spends the most money. Wilcox admits that Elite is aiming the Recreated ZX Spectrum at past owners, but there’s the scope to expand this.

“We believe there may be up to 5 million people in that group and we expect to reach many of them via the free Recreated ZX Spectrum iOS and Android apps, and via the free web app,” he says. “It’s too soon to tell whether there’s a more mainstream audience and we’ve not yet thought about how we might reach them, but we hope that there is and, if so, we will.” 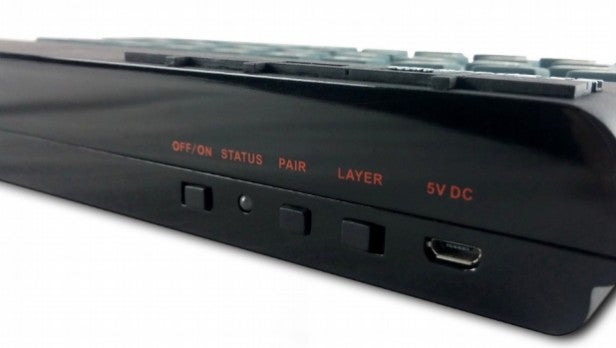 ZX Spectrum designer Rick Dickinson is simply honoured that any market exists for this kind of product, and feels that the strong impression the machine left on people will ensure that it remains popular with those who appreciated it the first time around.

“As a generalisation it’s always satisfying when someone likes what one has created or designed, but the love of the ZX Spectrum seems to be on a different scale to other things,” he says. “It’s a pleasure to be helpful and informative to those that are interested – especially the original users, who were mostly teenagers [at the time]. At that age I remember becoming fanatical about a whole range of stuff too and it is a wonderful time in life, so the ZX Spectrum for those people is likely to be a strong icon representative of very fond days gone by. I don’t think we’ve seen the last of Spectrum just yet.”

There’s an excellent chance we’ve not heard the last of Elite, either, and the Recreated ZX Spectrum could be just the first of many hardware rebirths. “We are nothing short of thrilled with the quality and versatility of the recreated device, which is a really nice surprise,” Wilcox says. “If we can secure a reasonable return on our investment then you can be sure we’ll be looking at how else we can rekindle some very happy memories.”

The Recreated ZX Spectrum will be released on July 31 for £100. You can pre-order one now from online retailers including Amazon and ShopTo.