Last week, under pressure Microsoft CEO Steve Ballmer announced the biggest company-wide reorganisation in his 13 years in charge. He repeatedly stressed the need to become ‘one Microsoft’ saying “we will see our product line holistically, not as a set of islands.”

The old Microsoft was separated by divisions – Windows Phone, Windows, Office, Xbox – whereas now it is separated by function: OS, Apps, Cloud and Devices.

For platforms this means all development will be done by the ‘Operating Systems’ group and developed in unison, regardless of the device the platform will be released on. Working together should see better unification between Windows, Windows Phone, Xbox and any future technologies Microsoft is interested in – such as smartwatches. Common rules for design, integration, navigation and more can be agreed upon from conception.

The Apps, Cloud and Devices groups will operate similarly working towards a single, unified app store, SkyDrive as the save and sync backbone across all products and all hardware devices designed together with complementary principles.

This is hugely ambitious and will take time. Whether it can be achieved is also crucial to Microsoft’s long-term future, but it seems more achievable under the new infrastructure.

This applies on both a corporate scale and to end users.

This shows what a behemoth Microsoft is, but it is also easy to grasp and logical with clear chains of command. This is vital for a company whose divisions had been a labyrinth and traditionally competed against rather than worked with one another.

For end users, Ballmer’s stated vision is equally transparent: “One Microsoft, all the time”. This means he expects the creation of Engineering – which will primarily serve consumers – and its grouping by function to produce holistic products. A system whereby knowing how one device operates means you can easily understand others. This is an area where Apple has excelled with the evolution of iOS across iPod, iPhone and iPad product lines.

“Microsoft has the clear opportunity to offer consumers a unified experience across all aspects of their life, whether the screen is a small wearable, a phone, a tablet, an 85in display or other screens and devices we have not yet even imagined,” said Ballmer. Microsoft’s video below shows its future vision of how this may play out.

Ok, so it’s one of ‘those’ words, but it’s an apt one in this case. Unity and simplification bring a third key advantage: the ability of more successful products to give leverage to struggling ones. Key for Microsoft in its restructure is seeing Windows give a leg up to Windows Phone.

It is easy to forget how dominant Windows is. For all its criticism Windows 8 sold 100 million licenses in six months while the world’s most successful phone, the iPhone 5, has shipped just over 50 million units in nearly 10 months. Whether licenses or actual sales that’s one heck of a Windows customer base and with an ‘Apps’ division now primed on creating a single, compatible app store between Windows and Windows Phone it greatly incentivises app makers to reconsider the smartphone platform.

Microsoft is looking to leverage a similar effect on its cross-platform voice and messaging services by vertically integrating Skype through Windows, Windows Phone, Xbox and Office. WhatsApp, Facebook Messenger, Google Hangouts, BBM and iMessage will all be in its crosshairs after Microsoft Messenger faded from relevance.

The same becomes true of SkyDrive when effectively melded into these platforms and gives it a massive boost in facing up to the threat of Dropbox, Google Drive, Amazon Cloud Drive, SugarSync, Box and others.

Over the last decade Apple and Google have shown Microsoft size shouldn’t mean sluggishness and Ballmer is no longer prepared to use the company’s magnitude as an excuse. “The timeframe for product releases, customer interaction and competitive response is dramatically shorter,” he argues. “As a company, we need to make the right decisions, and make them more quickly”.

To back this up a key part of ‘one Microsoft’ is changing how the company works. From this point onwards each major initiative will have a ‘champion’ who reports directly to Ballmer or his primary advisors and drives cross company integration of the project. It will also mean there is faster feedback on how each initiative is or isn’t working across the whole company. With teams unified by function roll outs can then be made more widely, altered or even scrapped before too much time passes as the big picture is always in place.

A leak on Thursday that major Windows Phone 8 fixes won’t arrive until 2014 shows the size of task Microsoft has here. But failure is not an option. 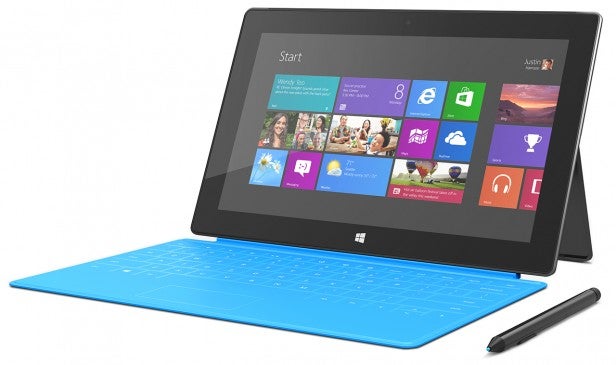 From Xbox to Surface and its vice-like grip on netbook and Windows Phone specifications, Microsoft has enjoyed increasing influence in hardware and that is only likely to increase following the restructure.

The creation of a dedicated ‘Devices’ group suggests this statement isn’t rocket science, but Microsoft isn’t looking to compete with partners, but rather inspire them. Of course ‘inspiration’ from this no doubt stems from Google’s increasingly popular line of Nexus devices, and teasers for Surface Pro and Surface RT refreshes have already been issued. It is reverse engineering: convince consumers to convince hardware partners.

Surface tablets still have a long way to go in this regard, but this is only the beginning. Talk of a Surface smartphone and Surface watch refuse to die down and rumours Microsoft may and potentially must buy Nokia continue to gather momentum. Now Microsoft has the perfect structure to house it.

And for those still in doubt about Microsoft’s hardware intentions, Ballmer actually let the cat out of the bag last year. In an interview with the BBC he asked and answered the question himself: “Is it fair to say we’re going to do more hardware? Obviously we are.”

…there’s always a BUT

And yet there is always a ‘but’ and with a reorganisation of this scale there are understandably a lot of them.

Most poignant is whether Microsoft can pull it off. Ballmer may well revel in telling people the new company will no longer be “a set of islands” but it has been allowed to exist like this for more than a decade under his rule and such a mammoth cultural change will be hard to implement for a company long seen as stuck in its ways.

Secondly, it could be argued the changes come less out of inspiration and more from desperation as Microsoft watches the PC market enter the longest duration of decline in its history. Meanwhile, talk of product and platform unity has been Apple’s calling card for years, it was the theme of Google I/O 2013 and even Samsung has been converging its phones, tablets, laptops, desktops and TVs for some time now. This all may be brave new territory for Microsoft but it isn’t new to its biggest rivals.

There is also the feeling that this is the last roll of the dice for Ballmer and the new structure solidifies his position when he may not be the best man to execute its grand plans. 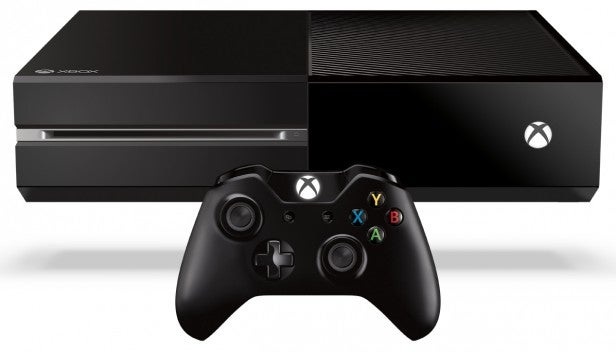 And yet I think Microsoft deserves the benefit of the doubt. Love or loathe Windows 8 and Windows Phone, they are arguably the most ambitious operating systems on the market and, despite its embarrassing climb down over Xbox One DRM, arguably the Xbox One aims higher than the PS4 even if it’s at the expense of purity. An ambitious, successful Microsoft lets no company sit on its laurels and that is good news even if you favour one of its rivals.

Ballmer’s talk of ‘One Microsoft’ may just enable this and he argues the restructure “will drive us to set shared goals for everything we do”. For Ballmer and Microsoft they have set upon a path which excites, but from which there is no turning back.

Next, read our in-depth Xbox One vs PS4 comparison.