Someone at Microsoft give Richard Yu a kiss. This week Huawei’s chatty chairman spoke openly about the possibility of buying Nokia. Typically this isn’t how it works.

Products may leak, but takeovers are shrouded in secrecy and were this one to have gone through, Microsoft could’ve effectively waved goodbye to its smartphone business. It is a shot across the bows the company cannot afford to ignore. 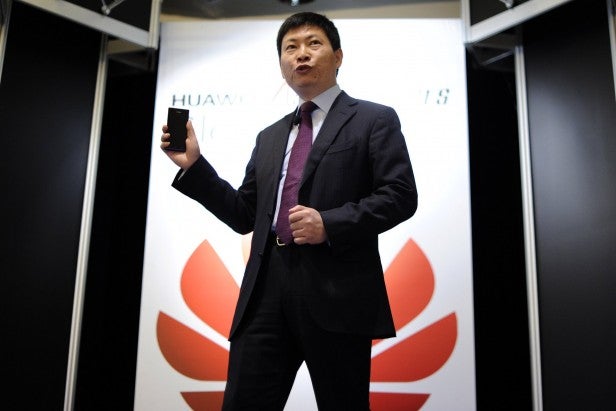 Huawei VP of external affairs Bill Plummer rode to the rescue on Tuesday saying the company “has no plans to acquire Nokia”. But the key part came from Huawei CEO Richard Yu (pictured below) the day before. He recognised the potential in a Nokia purchase yet criticised Windows Phone. He described the OS as “weak” and questioned why it should command a licence fee when Android is free.

The message to Microsoft was clear: the vultures are circling around your largest and sole exclusive partner and it is highly unlikely any would maintain a Windows Phone-only business model. With Microsoft’s OS holding just 1.5 per cent market share globally and other handset makers having treated it with relative ambivalence to date, a Nokia takeover could see the platform die.

Nokia’s Synergy
What’s more Nokia is a hugely appealing target right now. Yu spoke of “some synergies” between Nokia and Huawei, but that would be true for just about every handset maker and potential handset maker on the market today.

Aside from Apple, platforms are not created by handset makers any more and Nokia is a master of innovative, durable hardware. As one of the oldest phone manufacturers it also holds a lorry load of industry patents and – given its recent woes – is criminally undervalued.

In fact so convinced are traders of Nokia’s suitability for a takeover that the company’s stock leapt 11 per cent in a day just on the possibility of Huawei interest.

Furthermore any deal could make sense to Nokia. Far from a one trick pony, the Finnish giant has its reach across many industries – from industrial telecommunications to digital mapping and web services. It is unlikely any would-be suitor would want the whole package, and Nokia could divest itself of its most troublesome arm.

If it isn’t Huawei, then ZTE and Samsung would be equally worthy suitors. A Galaxy S5 with PureView camera technology and Nokia mapping on a Tizen platform could provide the Korean giant with complete independence. Google and even Apple – the latter looking for a reliable, independent, end-to-end supply chain after its much publicised fall out with Samsung – could all join the bidding. Who wouldn’t want Nokia?

Microsoft Must Buy
The answer should also include Microsoft. Rumour has long circled that Microsoft’s exclusive Windows Phone partnership with Nokia was a placeholder for a purchase in the first place. Microsoft testing the water before going all in on to complete a model both Apple and Google (with its purchase of Motorola) can now offer. With reports that Microsoft is in advanced talks about a Nokia takeover, this seems to be true.

With the threat posed to Windows Phone of any rival takeover and the knock-on effects for its ambitious but controversial Windows 8 and Xbox One it surely now can’t afford to stand still. From one perspective Microsoft is on the verge of uniting the most complete cross platform ecosystem in the industry, but from another it is brittle and the threat to any one element could see the rest come crashing down. 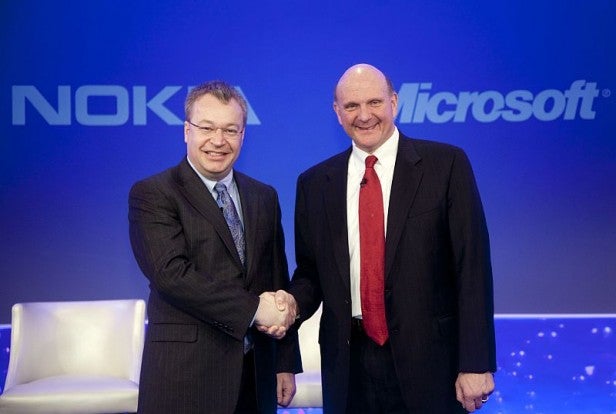 Can Microsoft Buy?
All of which begs the question: why would Microsoft leave itself so open in the first place? Theories abound that Microsoft knew moving to a single new platform would see the Nokia share price tank, so why not wait as any takeover price would get cheaper – at least until traction was gained.

The flip side to this is Microsoft has hardly been one to preach value in the past. In 2011 it paid $8.5bn for Skype just two years after it had been acquired by investor Silver Lake for $1.9bn. Similarly Microsoft blew $6bn on online advertiser aQuantive in 2007, only to discard most of it in 2009 for just $530m. It also would have paid $44bn for Yahoo! had the Yahoo! board seen sense in 2008. This is a company not usually shy in throwing its money around.

Instead the reason is more likely to be partners. In massaging Windows Phone into the arms of handset makers, Microsoft is desperate not to scare off their fickle affections by diving into the sector itself. Rumours of a Microsoft-branded smartphone have been around for years, but there is a reason why it hasn’t done it. In addition, the move to hardware would necessitate a huge restructure of company operations.

Microsoft Surfacing
Or would it? Early last year I argued Microsoft is turning into Apple and with the launch of its own brand Surface tablets in late 2012, the development of its own, highly controlled app store and locked down Windows Phone UI (no skins here) Microsoft has shown little concern over whose toes it has stepped on – developers, manufacturers or networks.

Even Ballmer admitted to the BBC last year “Is it fair to say we’re going to do more hardware? Obviously we are.”

Microsoft is about to enter a new era. Q4 2013 will see Windows 8.1, refreshed Surface tablets, a significant Windows Phone 8 update and the launch of the Xbox One. Each is critical but fragile and the timing couldn’t be better for the company to make a huge statement of intent.

Microsoft must step up and secure the future of its ecosystem. If it doesn’t the opportunity has never been better for someone to step in and tear it apart.

Next, read our review of the flagship Windows Phone 8 Nokia Lumia 925