In spy stories there is always an all-seeing organisation. We learn its
influence touches almost every aspect of our lives and it knows
everything about us. But its true power is never really known until we
learn the most important element: how it is all connected. This week
Google spelt it out.

The Google I/O 2013
keynote took nearly four hours. It was exhaustive, at times oddly paced
and to those with their hearts set on shiny new gadgetry, rather
underwhelming. And yet Google spilt its secrets. The once-vague, even
fictitious connective tissue supposedly running through the labyrinthine
organisation turned out not only to be real, but brilliant. We
now have a vision of quite possibly technology’s strongest ecosystem.

Fixing Fragmentation
From
the outset the theme of the I/O 2013 keynote was to reverse common perceptions.
Google argued it is actually the computing world and its devices that are fragmented, rather than Google itself, and Google is the only company that can pull all the pieces
together. The irony wasn’t lost given fragmentation is the stick rivals
have long used to beat Google, but instead it was saying ‘choose whatever platform you like we will fix the rest’. 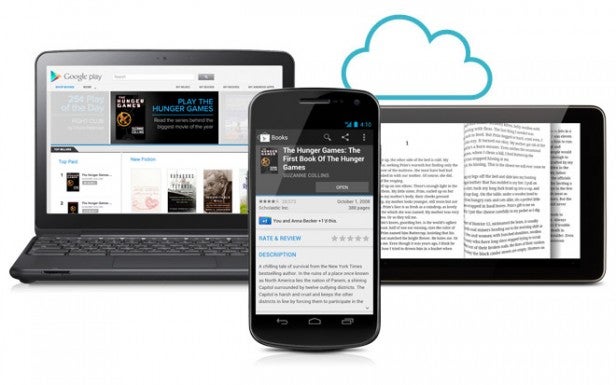 To
demonstrate this it pitched open APIs that enable real-time
multiplayer gaming across Android phones and tablets, iPhones and iPads.
It promoted services running on different OSs that all look and run
in near identical fashion. It also claimed Chrome is now the most
popular browser in the world across PCs, Macs and Linux.

Did this approach convince? Partially.
Google has a long history of creating semi-open platforms and its
touting of Chrome comes just a month after it declared the browser would
fork
the open source Webkit engine at its heart. That said, what it did show
was a side its biggest rivals, Microsoft and Apple, have little to no ambition of entertaining. Score one, Google.

Practice what you preach
But reaching out to other platforms is pointless if you can’t unify your own. To this end I/O 2013 saw Google announce numerous measures.

First was the merger of all its instant messaging clients into a single new Hangouts service (available cross platform, naturally). Next came Google Play
games services, which enable real-time multiplayer, leaderboards, cloud
saves and achievements across Android. Leaderboards, saves and
achievements will also be available to iOS and through a web browser.

Equally
practical and symbolic were new smart notifications. If you own
multiple Google devices they will soon detect which you are using,
alert you once and dismiss further notifications elsewhere. This is
simple and long overdue, but not available on any rival platform, and
creates a much more pleasant multi-device experience.

Google even pulled out a party piece: a Samsung Galaxy S4
running stock Android that will seamlessly receive the latest Android
updates. Little information was given about global availability of the
unit, how many will be made or how long the partnership will last, but
it projected the vision of a company getting its most troublesome partner back under control.

The
struggling Google TV platform got an update too and notably the primary
benefit is to enable future versions of Android’s firmware to be
applied to any Google TV product within “weeks rather than months”.
Google’s claims were gaining credence.

Bring on big data
And yet cross platform support and unity were merely setup jabs for what Google knows is its knock-out blow: data. Google
has built everything around its foundation of search and it took its
indexing, algorithmic and predictive data so far forward at I/O 2013 it
is hard to see how Bing’s minority share of the market or search-less,
data licensing rivals like Apple can react.

For starters, using what it already knows Google is integrating voice activated search into Chrome and Chrome OS, training users to say ‘OK Google’ when they want information. As if the verb ‘to google’ were not already ingrained enough.

The seemingly innocent Google Music All Access
even gets in on the act. The Spotify rival not only gives Google the
jump on Apple, which is yet to launch a full fat music streaming service, but it also has advantages in tracking real time user
listening habits and it can make recommendations based on their past
Google Music purchases. 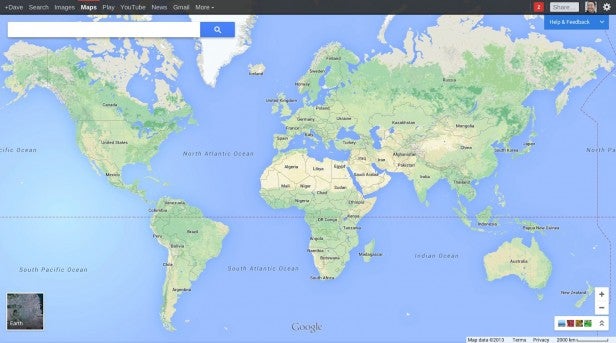 Most concerning for rivals, however, are Google’s new data mining techniques.

In its headline redesign of Google Maps, arguably the company’s finest service is now also a data-gathering colossus. New Google Maps learns every user’s travel patterns, offers
check-ins, encourages reviews of local businesses, integrates the
reviews of your friends and works as a discovery tool pinpointing nearby
alternatives to the businesses you search for. It also incorporates
company promotions and can differentiate physical activity (walking,
running, cycling) as you travel your route which will generate yet more
revenue streams.

Less heralded, but potentially even more
valuable is I/O’s evolution of Google Wallet. The Paypal rival is being
fused into Gmail, enabling cash payments to be made seamlessly by email.
It is US-only at launch, but a widespread roll out not only finally
finds a strong usage case for the service, it helps Google build data on
spend patterns and money transfers around the world.

In the battle for smart devices, it is hard to see how the company with the most user data can fail to provide the smartest.

Hiding Hardware
And on top of it all came healthy doses of self awareness.

“Frankly,
Google’s own services have been fragmented and confused at times,”
admitted Vic Gundotra, senior vice president of engineering for Google,
in what was the sort of confession a company only makes when supremely
confident about its future.

Google even knew when to shut up.
Android 4.3 and new Nexus devices were universally expected to get their
first public airing at I/O, but Google kept them under wraps.
New firmware would only ignite talk of how phone manufacturers are
already struggling to update to Android 4.2 and high powered, low price
Nexus phones and tablets risked switching the focus of news coverage to
whether Google was getting involved in a fight with hardware partners.

Both questions remain valid, but Google will likely delay them a
month or two so the dust can settle on the new vision of the company it
is promoting. The consequence of which serves as a timely reminder that
Google is far from perfect. Fragmentation of Android is a very real
problem, Chrome OS remains a niche platform and should Microsoft or
Apple ever get the gumption to buy Facebook – or at least heavily
licence its data – they could potentially bring Google-rivalling smart
data services to market themselves.

Don’t be evil
That
said what I/O 2013 announced to the world is Google is now a more
focused and dangerous rival than at any point in its history.

It doesn’t really matter whether Google’s master plan has been years in
the making or found relatively recently. The result is an ecosystem that is smart, compelling and most importantly thrives using data
assets its rivals can likely never match. All
of which conjures feelings of admiration, but also concern. In the spy
stories companies with this much power and cohesion are usually evil. And we all have our views on Google’s interpretation of that…

Next, read about how Samsung is planning to bring down Android…