This week, we feature Moment, a wearable that re-imagines the smartwatch to put feeling at the forefront of the user experience. And our one to avoid? Something or other to do with Pokémon Go. We’ve kind of had enough of Pokémon Go.

It’s a wearable that puts the focus on feeling. Don’t worry, it doesn’t implore you to get in touch with your feelings, but rather uses mini-vibrations in certain ways to add a bit more depth to the user experience. No, not like that…

While the technology itself isn’t new – haptic feedback, as it’s known, has been around in smartphones and smartwatches for years – but how it’s used in Moment makes it stand out. 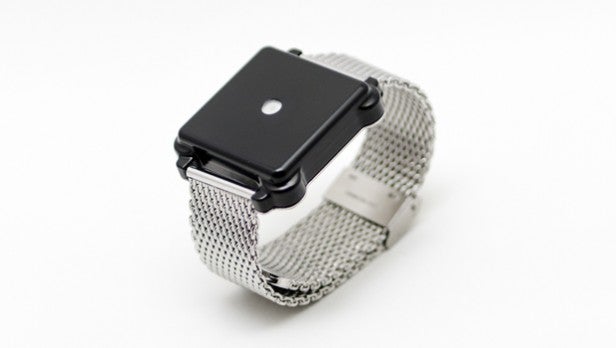 It’s interesting because it wants to change how we use wearable devices. Traditionally, designers have approached a wearable like a smartphone, with the screen as the focal point and main interface. But as it’s a wearable, there’s also another possibility – interacting predominantly by feeling.

Let’s look at some examples and use cases to give you a better idea of what we’re on about.

For starters, you can set Moment to buzz in a different way for each contact in your phone book, so you know who’s calling without even glancing at your wrist. That way, you know which calls to ignore and which you have to take without constantly looking at your wrist.

A quick glance isn’t exactly the end of the world, of course, but there are certain situations where it’s still a bit rude, inconvenient, or even dangerous.

Speaking of which, turn-by-turn navigation also takes on a whole new form, with the Moment buzzing to tell you which way to turn. Not only will this let you see your surroundings better, and take in a new city instead of staying glued to your device, but it’ll be a lot safer, as you can keep a lookout for speeding cars and buses.

You can also set custom timers that tick like a metronome, so you can stay in time while exercising, or to just help you stay aware of the clock. Plus, you can set a beat at a certain speed in order to practice your drumming. Your neighbours will love that.

Setting up the functionality looks like a breeze, too – there’s a companion app that lets you calibrate and set all the different alerts on your smartphone.

If you want to know the technical details, Moment uses four linear resonant actuators to buzz the device, which are strong enough for you to feel, but also silent so they don’t disturb anyone else.

The device itself lasts up to a week on a single charge, though it’ll depend on how much you use the buzzing feature. Powering those motors uses a lot of battery – hence why turning off vibrate is one of the quickest ways to save your phone’s battery life.

Moment promises to charge two hours using a Micro USB cable, and has an adjustable multi-colour LED screen. It’s water-resistant too, and works with both iOS and Android devices. 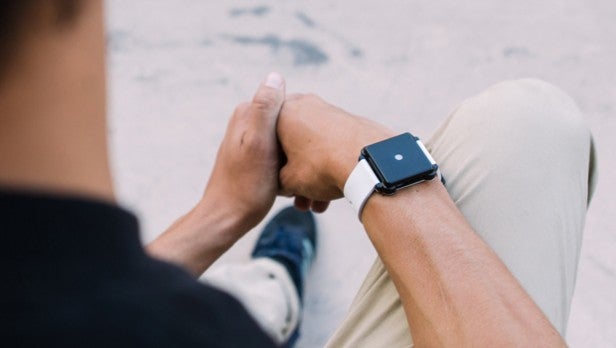 Crowdfunding inherently entails an element of risk, and while we only ever feature projects we think have a good chance of success, we can’t take responsibility if they don’t come to fruition.

Moment is actually being crowdfunded independent of the two biggest platforms – Kickstarter and Indiegogo – but the same caveats apply: know that by pledging money, you aren’t actually buying a product, but rather supporting the project as a creative endeavour. There’s no guarantee you’ll ever actually hold what’s being promoted in your hand, and products are often subject to delays.

For its part, Moment is made by Somatic Labs, which is headed up by Shantanu Bala. Bala has worked on a number of devices that use haptic feedback, including VibroGlove and Haptic Suit, so certainly knows his onions.

Hopefully this will mean Moment ships in March 2017, as expected, but note that Somatic has a fairly thorough T&Cs page that pretty much absolves it of any responsibility, at least legally. “We are not responsible if information made available on this site is not accurate, complete or current,” is one example.

Related: The Ticwatch 2 is a smartwatch like no other 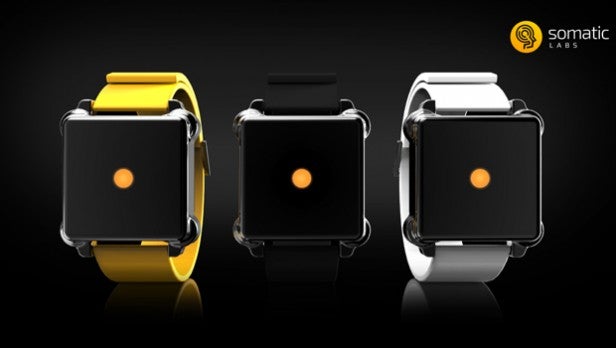 Most smartwatches have some kind of feedback to alert you to text messages, calls, notifications and the like, and iOS lets you personalise a buzz pattern so you know who’s calling. But Moment is the first to put the sensation of feeling front and centre on the device.

There have been some other wearable metronomes for musicians too, such as the Soundbrenner Pulse, but these are a bit limited – if you’re not a musician, you won’t have much use for it. Moment is aimed at a wider audience – we can see cyclists, drivers and fitness enthusiasts, as well as the next Dave Grohl, finding it useful.

If you like the sound of Moment, go for it, bearing in mind some of the risks we outlined above.

That’s solid progress at this stage, but if you’re erring on the side of caution and don’t mind coughing up a few extra quid for added peace of mind, we’d recommend checking back in a week or two to see how it’s doing. 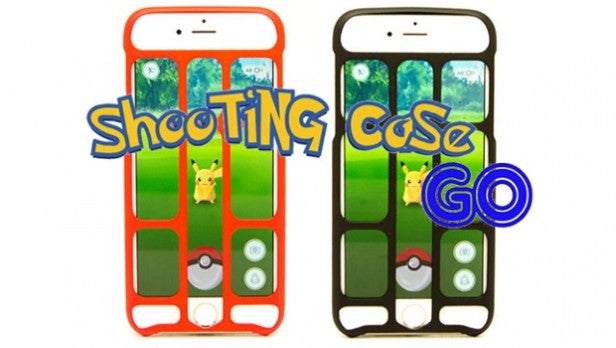 Ultimate Pokémon Go Case. If you’re having trouble capturing your Pokémon, this case can help. Maybe.

It features a guide for your fingers, helping you fling your Pokéballs straight at the Pokémon rather than off to the side. But if you need help swiping up, frankly you need help in general.

In fact, if you’re still hooked on Pokémon Go to the point that you want to crowdfund a new Pokéccessory that’s essentially a bit of bent plastic, please email us, as we know some very good shrinks.

Tempted by Moment or, God forbid, the Ultimate Pokémon Go Case? Let us know in the comments below.