This week, we have Sgnl, a watch strap that lets you make phone calls through your fingertips. And our one to avoid? A wearable camera that’s guaranteed to alienate everyone in your social group.

It’s a smart band that, when attached to your watch, allows you to make and take calls through your fingers. That’s right, put your finger or thumb in your ear, and you can make a phone call without actually using your phone.

You know that scene in Total Recall where Colin Farrell uses his hand as a phone? That. 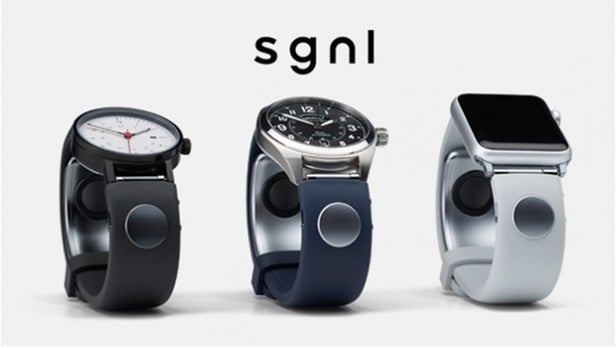 Because it lets you use your fingers as a phone, people! It’s a sign that we’re finally arriving at the future we were promised by sci-fi films when we were kids.

Here’s how it works. It pairs to your phone over Bluetooth and, when it receives a voice signal, the Body Conduction Unit (BCU) on the strap vibrates. This vibration travels up your hand to your fingertip. Put your fingertip in your ear, and the vibration will echo, amplifying the sound within your ear cavity.

The microphone is built into the strap, so just speak into it to be heard. 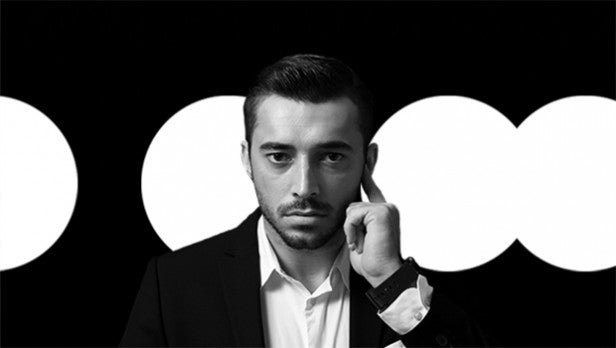 Not only will it make you feel like you’re in a sci-fi film, but it also means only you can hear the person on the other end of the line.

The whole time, your phone stays in your pocket or bag, so there’s no need to rummage around for it when it rings and – because you’ve got your finger in your ear – you’ll also block out background noises in raucous environments such as bars and clubs.

Related: The Ticwatch 2 is a smartwatch like no other

Person next to you boring you? No problem. Just put your finger in your ear and pretend you’re taking an urgent call. Because your phone stays hidden away, they’ll have no way of knowing you’re trying to get rid of them.

It doesn’t need a smartwatch, as all the tech is built into the strap and the call is taken through your phone. That means you can strap it to an analogue watch and still have smartwatch skills.

Of course, you can strap it to a smartwatch too, or just wear it on its own as a bracelet. The choice is yours.

It also has a partner app that can track your steps and activity, remind you about calls, and alert you to text messages and notifications by buzzing the strap.

As ever, we can’t guarantee this crowdfunding project will go into full production. Crowdfunding has had its share of hits, but it’s also produced quite a few turkeys. So if you do back a project, you do so at your own risk – learn more by reading the Kickstarter Backer FAQs. 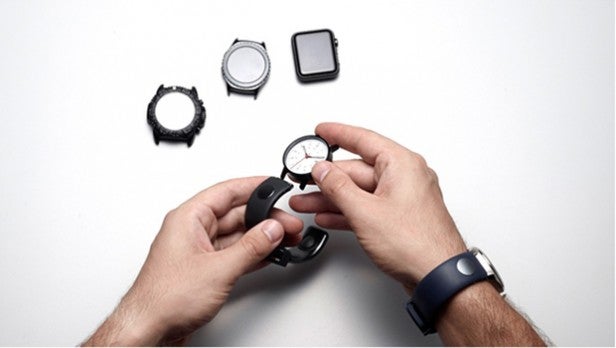 On the positive side, Sgnl is made by Inmodle (pronounced ‘i-nom-dul’) Labs, which in Korean means ‘dudes’ or ‘guys’. The company began life as an internal project within Samsung, in its internal acceleration programme, C-LAB. It then became the first company to be spun off from Samsung.

Related: We’ve backed The Superbook on Kickstarter – here’s why you should too

That’s no guarantee that the device will ship on time, of course, but it’s reassuring that a big firm like Samsung thought it promising.

The idea itself isn’t that new. But so far, all the ideas we’ve seen have been mock-ups and concepts of what might one day be possible, or one-offs designed never to go on sale. 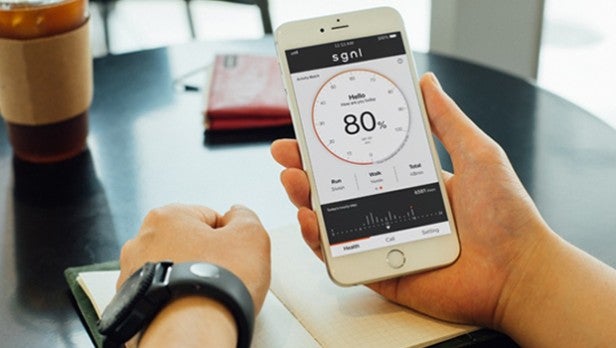 For example, in 2013, artist Sean Miles created Talk to the Hand, a pair of gloves that let the wearer speak into them to make calls. The pair cost £1,000 and appeared in an exhibition before being given away as a competition prize. They were made from a pair of old gloves and recycled mobile phone parts, and were designed to illustrate what was possible by recycling old gadgets.

Then there’s the possibility of having a smartphone embedded in your arm or head, but that seems a bit extreme to us. Not sure we’d look forward to getting an upgrade, either.

Probably, if only to encourage more projects that look like they’re straight out of a sci-fi flick!

Everything being well, the Sgnl should be delivered in February 2017. 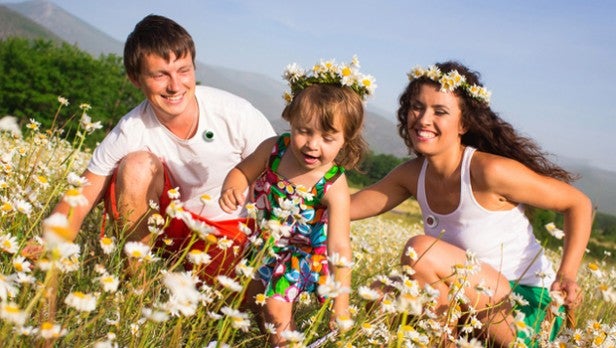 TimeCap, a wearable camera that records every moment of your waking life. There’s a reason wearable cameras haven’t taken off: videoing someone without them knowing is really creepy. That’s just one of the reasons Google shelved Google Glass – plus the fact that it made you look like a dick.

On top of that, we have to wonder whose life is so interesting that it’s worth videoing it all day? Unless you’re hoping something totally crazy might happen, in which case you’re going to spend a lot of time fast forwarding through tedious footage.

Then there’s the possibility of everyone clamming up as soon as you arrive, for fear of saying something that might get them in trouble if it was posted on the internet. The whole thing seems like a bad idea.

Tempted to back Sgnl? Let us know why or why not in the comments below.